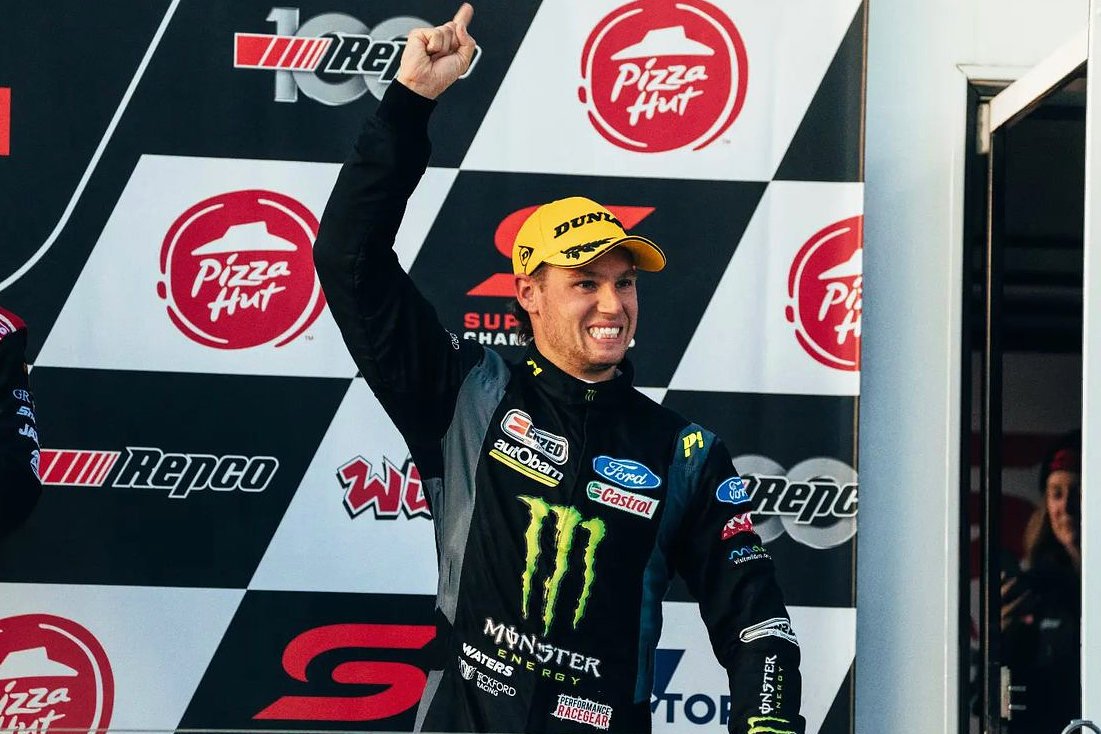 Cam Waters’ run to victory on Saturday has earned praise from Mark Skaife and Garth Tander.

Van Gisbergen launched a race-long battle on Waters, culminating in a final-corner lunge.

As he did in Tailem Bend and Townsville last year, Waters held on to deny the Kiwi.

Speaking on Supercars Trackside, Hall of Famer Skaife was impressed by how Waters held firm.

“I thought Cam was very tough in the way he approached that,” Skaife said.

“He looked like he had his hands full for four or five laps prior to that attack by van Gisbergen.

“I thought [van Gisbergen] was going to get him at [Turn] 7.

“In the end, he was able to dive it down the inside.

“He was setting it up… the whole thing about this pass, it was constructed four or five corners before."

Skaife had particular praise for Waters’ start, where the Tickford Racing driver bolted into an early lead.

Waters covered pole man van Gisbergen and a fast-starting Will Brown, who hit the Monster Ford.

It gave Waters track position, which set up his winning effort.

“He got a great jump, but he covered Will Brown very nicely,” Skaife said of Waters’ start.

“He moved it over, and Will whacks him.

“They pushed Cam to the lead; it was one of the pivotal things about the whole race."

“He was clearly up for the steal on the last lap,” Tander said of van Gisbergen.

“The Tickford guys were right up for it on the pit wall, ‘Yes, we’ve got him’.

“From a psychological point of view, it’s great for Tickford that they got one over van Gisbergen.

“He threw everything at him, the kitchen sink, and Cam Waters held up to it."

The Pizza Hut Winton SuperSprint action concludes with Races 14 and 15 on Sunday.