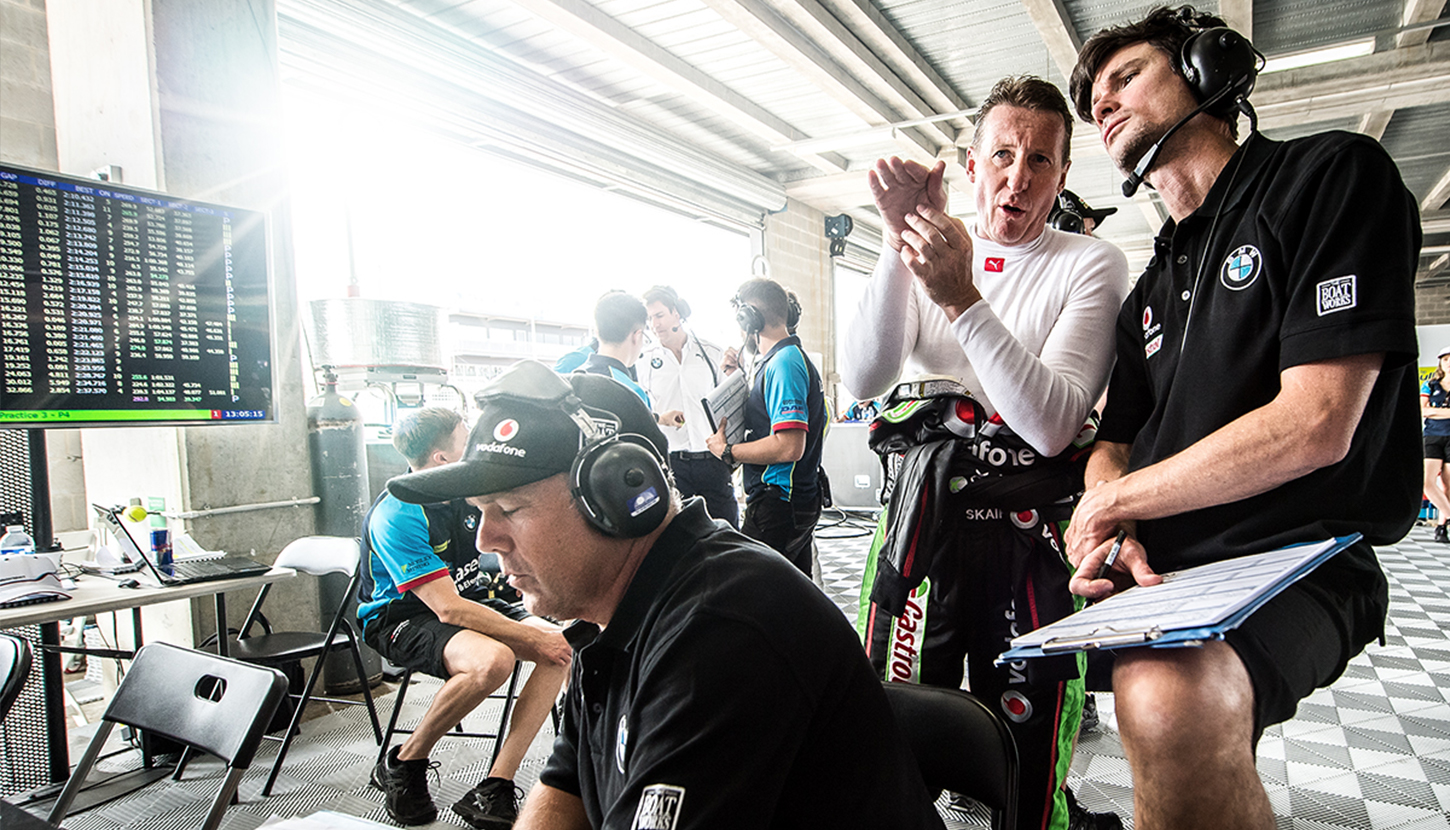 Supercars legend Mark Skaife has recruited two key players from the Holden Racing Team’s golden era for his return to racing at the Bathurst 12 Hour.

Skaife’s assault on the race aboard Tony Longhurst’s BMW is being engineered by the highly experienced David Swenson and Richard Hollway.

Swenson and Hollway were a critical part of the HRT during the early 2000s, where Skaife won three straight Supercars titles and two Bathurst 1000s.

The duo continues to work full-time in Supercars with Garry Rogers Motorsport, but were lured to the BMW Bathurst campaign by Skaife.

“To have some familiar faces who know the language and the demands that go with it, I couldn’t think of two better guys,” Skaife told Supercars.com.

“It’s a lot about the language, the demands I’ve got for the car and the way I explain it and they are the two best in Australia at understanding all of that

“We’ve put a very experienced group of guys together in total to make sure we do the best job we can.”

Skaife and car owner Longhurst are joined in the BMW by Russell Ingall and factory driver Timo Glock, who put the car 11th on the Friday practice timesheets.

The event marks Skaife’s first Mount Panorama enduro since 2011, where he finished a narrow second alongside Craig Lowndes in the Supercheap Auto Bathurst 1000.

Like the current Supercars drivers, Skaife says finding speed in the GT3 machinery is about unlearning much of what made him successful in the Australian category.

“In some ways it’s not a car I should have come back in, but the fun of driving something different… it’s totally different,” he said of the BMW.

“There’s relevance there to the open-wheelers and sportscars that I drove early in my career, but it achieves its speed so differently to a Supercar.

“It’s a car that you’ve got to creep up on. It’s like being in a high-speed Xbox game.

“Paddle-shift, ABS, traction control, all the stuff where the car takes over on technology, you have to pre-empt it and trust it and that’s what’s difficult to get your brain around.

“My throttle trace for instance is progressive. In this you can be flat straight away and rely on the traction control.

“At the moment I’m not doing that enough and to go to the next level I need to really lean on that stuff.

“It’s the same for Russell and Tony. You need to de-program all the Supercar stuff and do what the car likes.”

Although over a decade has passed since they last worked together, Hollway says nothing has changed in the way Skaife delivers his feedback.

But like Skaife, Hollway and Swenson are too having to learn how to deal with the particulars of the BMW.

“It’s a lot the same, you just don’t have as much freedom,” Hollway told Supercars.com of engineering a GT3 car compared to a Supercar.

“On a Supercar we can change the whole anti-rollbar, where here you can just adjust it.

“We’ve got a big range of springs to play with whereas here it’s five fronts and five rears.

The other man at the centre of Skaife’s HRT glory days, Rob Starr, remains at Walkinshaw and is at Bathurst with the team’s factory Porsche program.