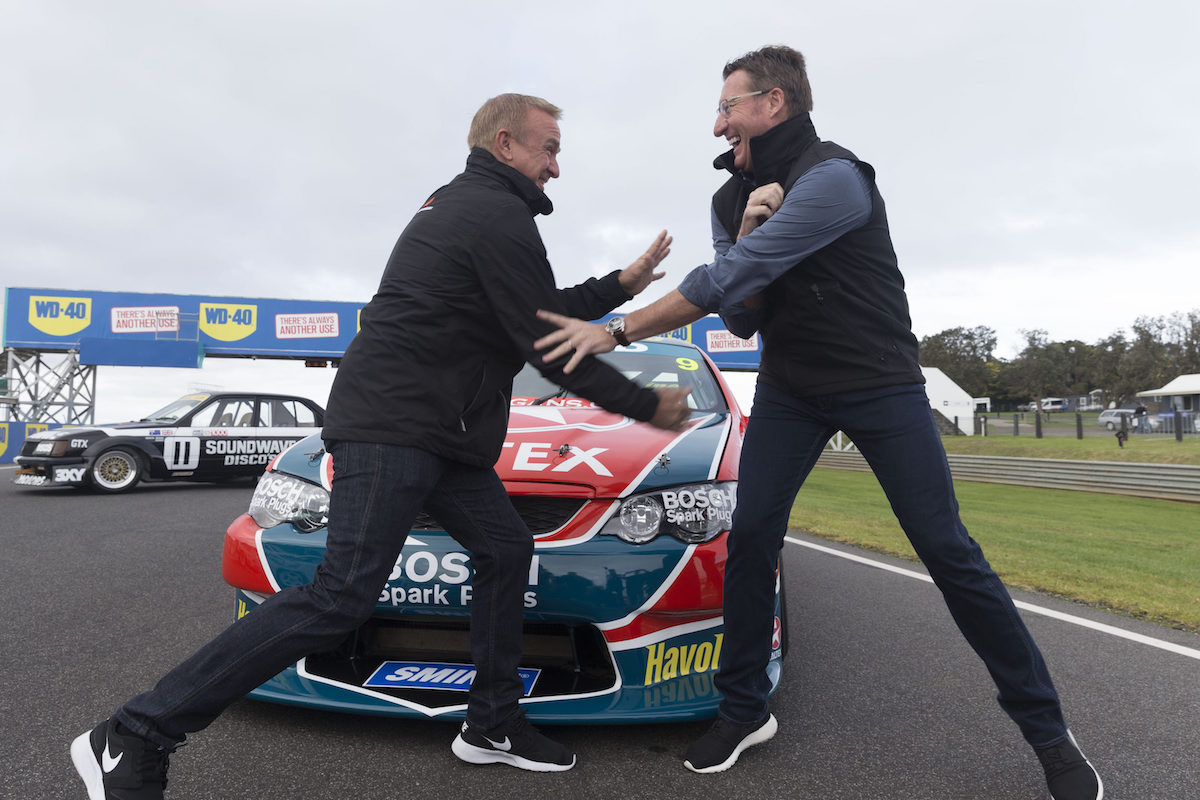 Out of the commentary box and back behind the wheel – Bathurst legends Mark Skaife, Russell Ingall and Tony Longhurst are joining forces to tackle Mount Panorama for the 2017 Liqui Moly Bathurst 12 Hour.

Old rivalries will be put aside, with former foes Mark Skaife, Russell Ingall, and Tony Longhurst sharing a BMW Team SRM M6 GT3 at next year’s Bathurst 12 Hour, bringing 10 Bathurst 1000 wins together in one entry for one of the world’s fastest growing endurance events.

And that victory count is reserved for the driving line-up alone – BMW Team SRM boss Steve Richards bringing another four Bathurst 1000 victories of his own to the operation. 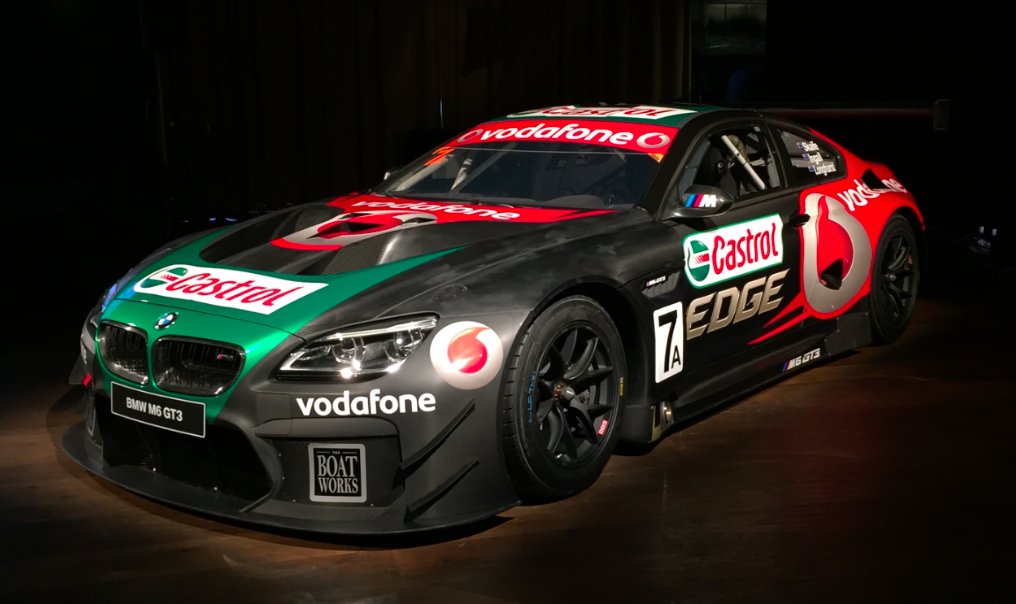 Supported by Castrol and Vodafone, the brand-new BMW M6 GT3 will complete the two- car effort for BMW Team SRM, signalling a determined return to Mount Panorama for the brand.

The entry will unite a wealth of Bathurst experience and success to the 12 Hour. Skaife is a six-time winner of The Great Race. One of those wins came alongside Longhurst (2001), while three others were shared with Jim Richards, father of BMW Team SRM boss and lead driver Steve Richards.

“It’s one of those things that came out of nowhere, really. Who would have thought I’d have a teammate like Russell Ingall at some stage, and to be re-joining Tony Longhurst after winning in 2001 is fantastic.

“As a BMW factory effort with Steven Richards Motorsport we’re proud to bring Castrol and Vodafone along as great partners. It’s fantastic for Vodafone to be back in the sport.” 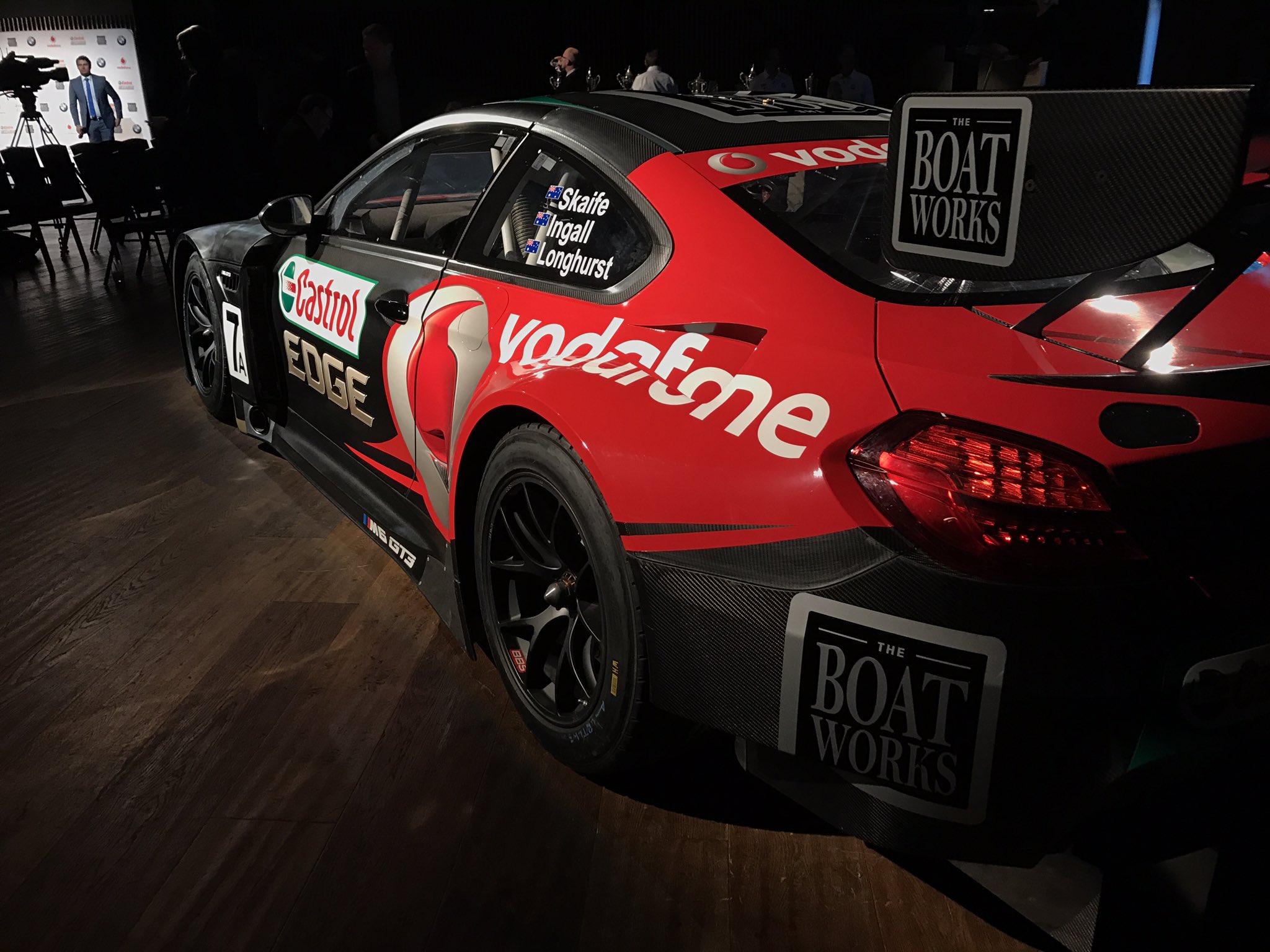 Ingall is a two-time Bathurst winner, ‘The Enforcer’ having conquered Mount Panorama twice alongside the great Larry Perkins in 1995 and 1997.

He is just as famous, however, for his fiery clash with Skaife at Eastern Creek in 2003. During the final round of that year’s V8 Supercars Championship, the pair had an on-track altercation that resulted in Skaife hitting the wall. The drama continued after Skaife extracted himself from his wrecked car, erupting trackside when Ingall came back past a lap later. Ingall further fueled the fire by swerving towards an enraged Skaife.

The rivalry will be set aside as the pair team up to try and conquer The Mountain one more time next February.

“What a great opportunity to drive a true race car in the BMW M6 GT3 around one of the world’s best circuits in Bathurst at the 12 Hour in February. I’m really looking forward to that,” Ingall said.

“Who would have thought that myself and Mark Skaife would be pairing up together to do an endurance race? I would say nobody.

“And when you look at someone like Tony Longhurst, who has been integral in putting this whole program together, and you look at the Bathurst wins between the three of us, this is people who know how to win Bathurst and are very passionate about racing. It’s going to be fantastic.

“Make no mistake, we are taking this seriously. We’re going there to try and win the race. I’m looking forward to getting to Bathurst and having a big swing at it.”

Longhurst is also a two-time Bathurst 1000 winner himself, having already won in 1988 before adding the second win alongside Skaife in 2001. He was also a class winner at Bathurst in a BMW M3 alongside Richards Snr back in 1987, and took outright honours at the 2009 Bathurst 12 Hour too.

Longhurst is no stranger to the BMW Motorsport family, having raced BMWs in the Australian Touring Car Championship between 1984 and 1987, and then again between 1991 and 1994. He also won the 1994 Australian Super Touring Championship in a BMW 318i.

“It’s amazing the planning that’s gone in to get to this stage. The BMW M6 GT3 is just an amazing car,” Longhurst said.

“I started my career back in 1984 with Jim Richards, and this will be my last time at The Mountain with Steve Richards. That’s pretty neat. And to do it with BMW, that’s very special for me. The best moments of my career have been in BMWs, but what a difference between the M6 GT3 and the 635 that I drove in 1984. It’s an amazing journey.

“It’s a long, long way. It’s a 12 Hour race, and it’s going to be a full field. For the next four months, we have to plan to be very comfortable in the car and make no mistakes. Twelve hours around Mount Panorama is a huge ask.

We’ve got a trick team. We’re very, very fortunate to have Mark and Russell on board, and Steve and this team. We’ve got the cream of the crop. We’ve got the right people around us, no egos, it’s nice and calm.”

Testing has already begun for the Bathurst Legends BMW M6 GT3, with a comprehensive preparation program to continue between now and the 2017 Bathurst 12 Hour.