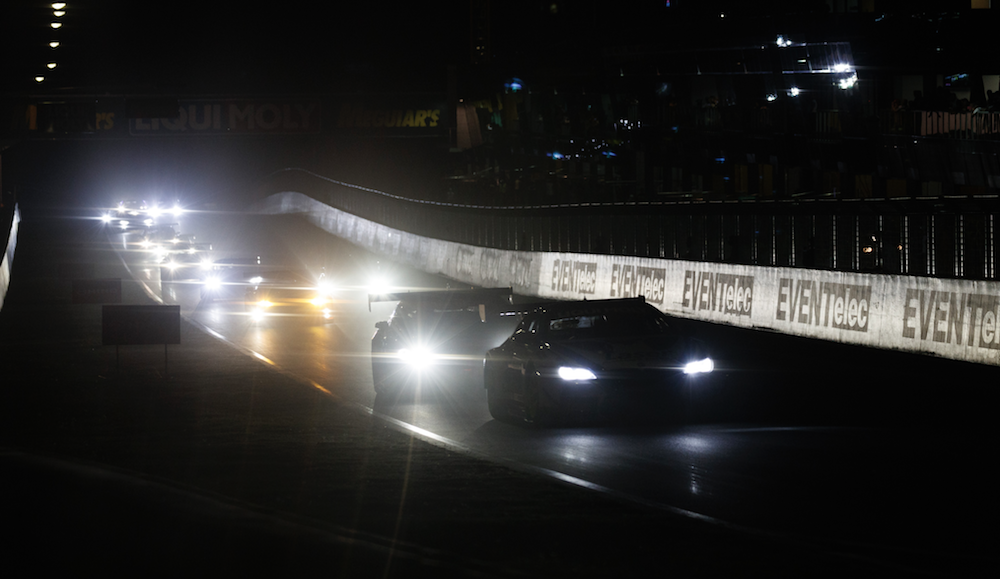 A 60-car entry list including 31 GT3 machines has been revealed ahead of the Bathurst 12 Hour on February 2-4.

The provisional list has been released before the formal close of entries later today, meaning extras may yet be added to the field.

As is tradition, the initial list has been published without driver names, although a host of Supercars stars are expected to be in the field.

The entry affirms that Audi, Bentley, BMW, Ferrari, Lamborghini, McLaren, Mercedes and Porsche will all be represented in the 31-strong line-up of Class A, GT3 machinery.

Thirteen GT4 cars have been entered in Class C, adding to the five GT3 Cup Porsches in Class B.

“We are very pleased with the entry list and the depth of competition in every class,” Event Director John Casey said.

“The spread between outright and BRM Chronographes Pro/Am contenders in Class A is pleasing and will see fantastic competition for both trophies within the GT3 class.

“Meanwhile the growth in the GT4 class mirrors the evolution of the category on a global stage. That class will be a serious highlight next February with each brand having several potential winners.

“Entries remain open for a day and we are expecting a few high-profile additions to the current list before the final grid is settled.

“Fans looking to attend should book their tickets now to make sure they don’t miss what will be a remarkable field tackling the Mountain next February.”

Nissan has elected not to enter this year after a four-year stint in the event with factory-backed GT-Rs, which included winning in 2015.

Work continues to get Hobson Motorsport’s privateer GT-R on the grid, although no entry has currently been lodged.

Last year’s winning car, the Ferrari run by Maranello Motorsport and Triple Eight, is also off the entry list and not expected to run, with the Supercars team’s drivers understood to be working on other deals.

Fellow Supercars squads Tekno Autosports and Walkinshaw Racing also competed in the event this year but do not currently feature on the 2018 entry.

McLaren and Porsche will, however, be strongly represented by factory-backed GT3 squads, with the former marque gunning to win back the crown it scored with Tekno in 2016.