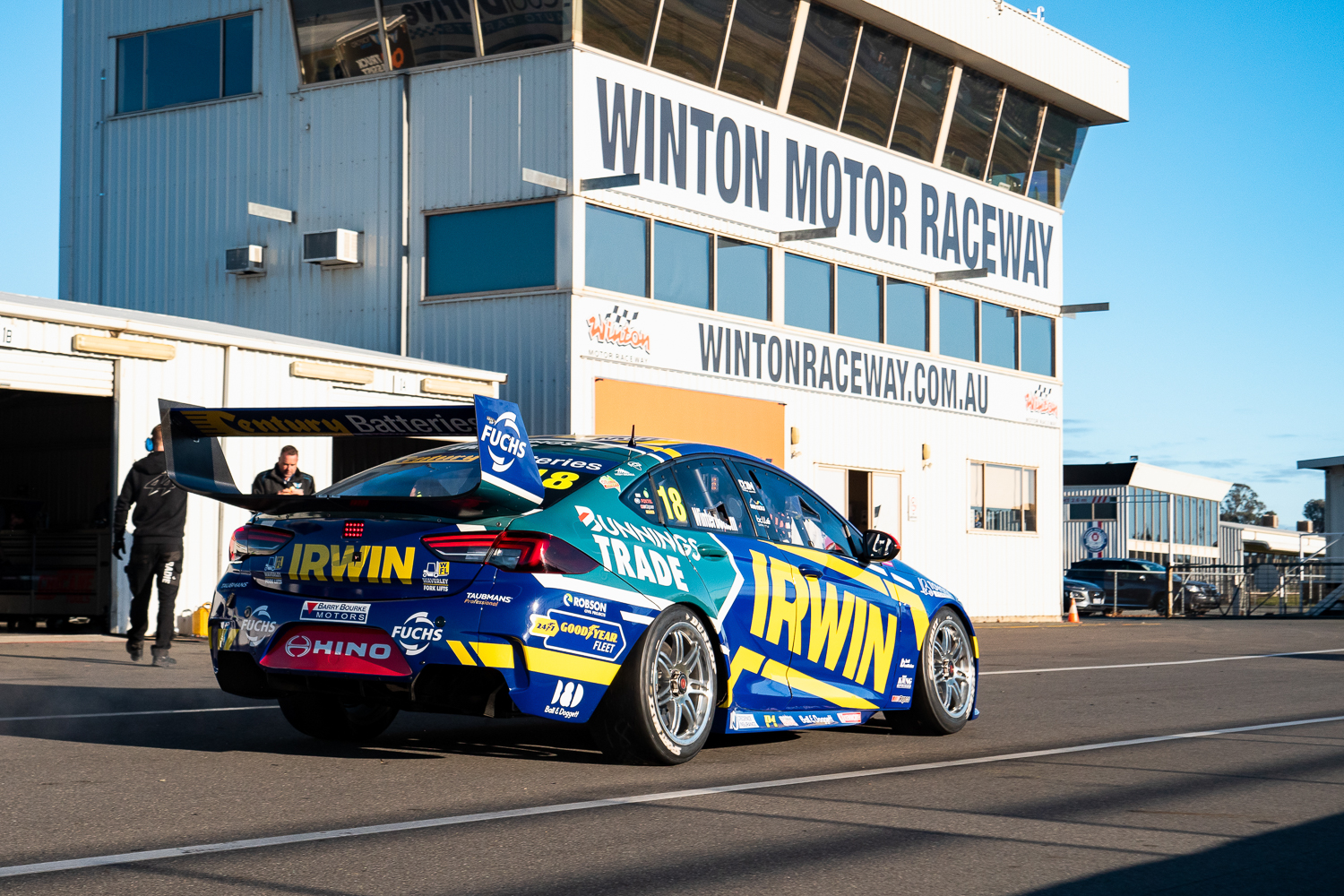 Cold yet dry conditions ensured teams could optimise their day at the regional circuit, with both Supercars and Super2 drivers vying for track time.

However, that didn't stop some drivers and cars laying down some significant mileage, even if the untimed test day made it hard to judge how the changes were playing out on the track.

1) Rookies had plenty of track time

Erebus Motorsport duo Will Brown and Brodie Kostecki took to Winton for the third time this year, with the pair clocking up more test laps at the circuit than anyone else on the grid to this weekend’s event.

Pre-season testing at the circuit saw Brown top the timesheets in his morning runs, setting a 1:19.5089s flyer before the heat set in. 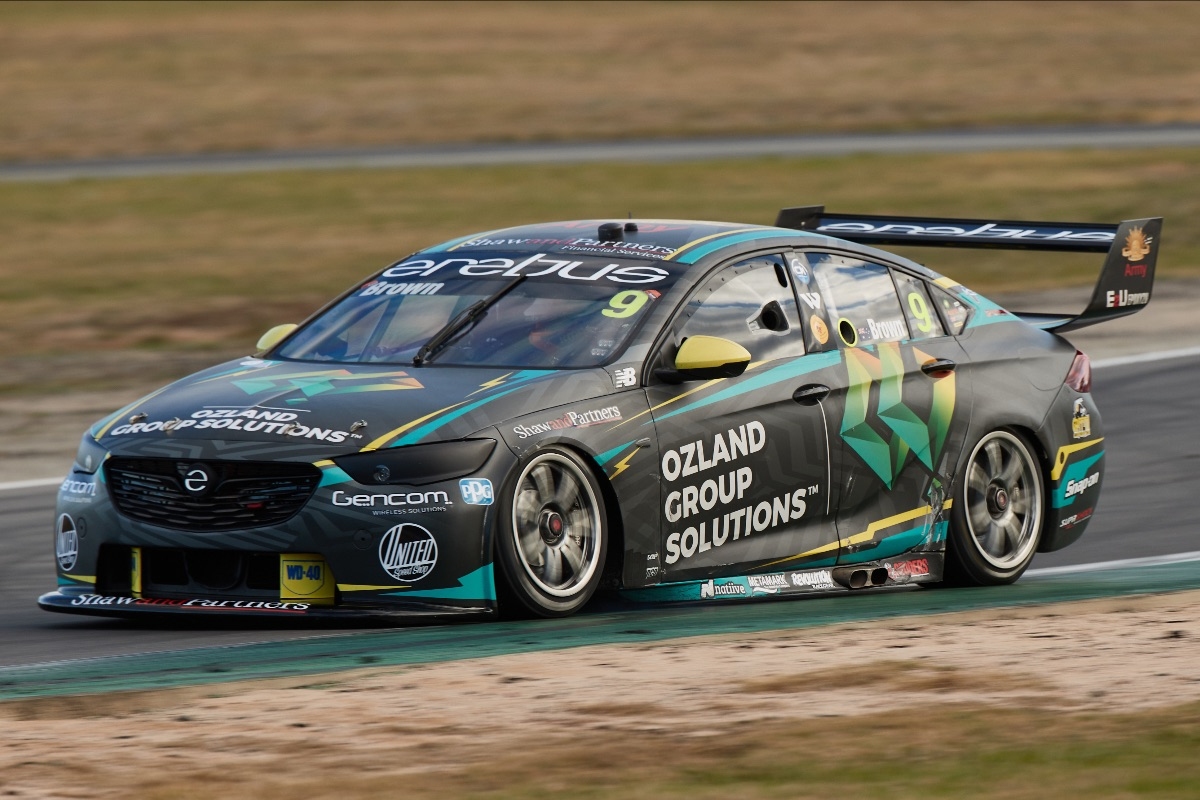 Both drivers benefitted from extra time in the seat of their cars, Brown saying: “It’s always a positive day when you get to test in the car.

"We got to test numerous things across both cars and go over what we have learnt.

"I’ve done plenty of laps here, so we are ready for the weekend."

A resounding response from most of teams was the amount of new parts which were tested throughout the day.

It’s a noticeable change from pre-season testing in February where teams prioritised track time, some clocking up more than 120 laps.

Teams were willing to spend large chunks of the day on the set-up patch in order to find gains.

In his first full season with Tickford Racing, and ahead of his first Winton race in a Mustang, James Courtney admitted time was better spent on refining the #44 Boost Mobile Mustang ahead of this weekend’s event.

"We’re pretty confident that we’re going to have a pretty good package coming here for the race,” the 2010 champion said.

"The car’s been behaving quite well, and I’m getting a good read.

"There’s been some inconclusive stuff we’ve tested, but also some really good stuff, so we can come here to race with a clean package.

"I haven’t really done a lot of driving with the team, both working and testing, so it’s been great to work really well with [engineer] Brad Wischusen.

"We had a huge testing plan, and we were able to tick the majority of that off, so we’re pretty confident in the Boost Mobile Mustang heading into the weekend."

3) Co-drivers got back in the seat

Mid-season testing provided the perfect opportunity for signed co-drivers to net valuable laps back in a Supercar.

Co-driver seat time is a rare commodity in 2021, with October’s Repco Bathurst 1000 the only co-driver event this season.

We’re out at Winton today with a big testing program across the 2 and 25 rockets 🚀 #WalkAndUnite pic.twitter.com/eph26F03nj

With the Great Race just five months away, the co-driver cohort is keen for more opportunities to familiarise themselves with the both their cars and teams.

"It’s been a strong day for the IRWIN Racing car, it ran really smoothly with all the changes we threw at it,” said Caruso, who will share the #18 IRWIN Commodore with Mark Winterbottom.

"We completed over 110 laps so we certainly got our money’s worth from the track hire today.

"It was good to be here at the test today as these laps are so valuable, we’re not too far away from the big race of the year at the Bathurst 1000. 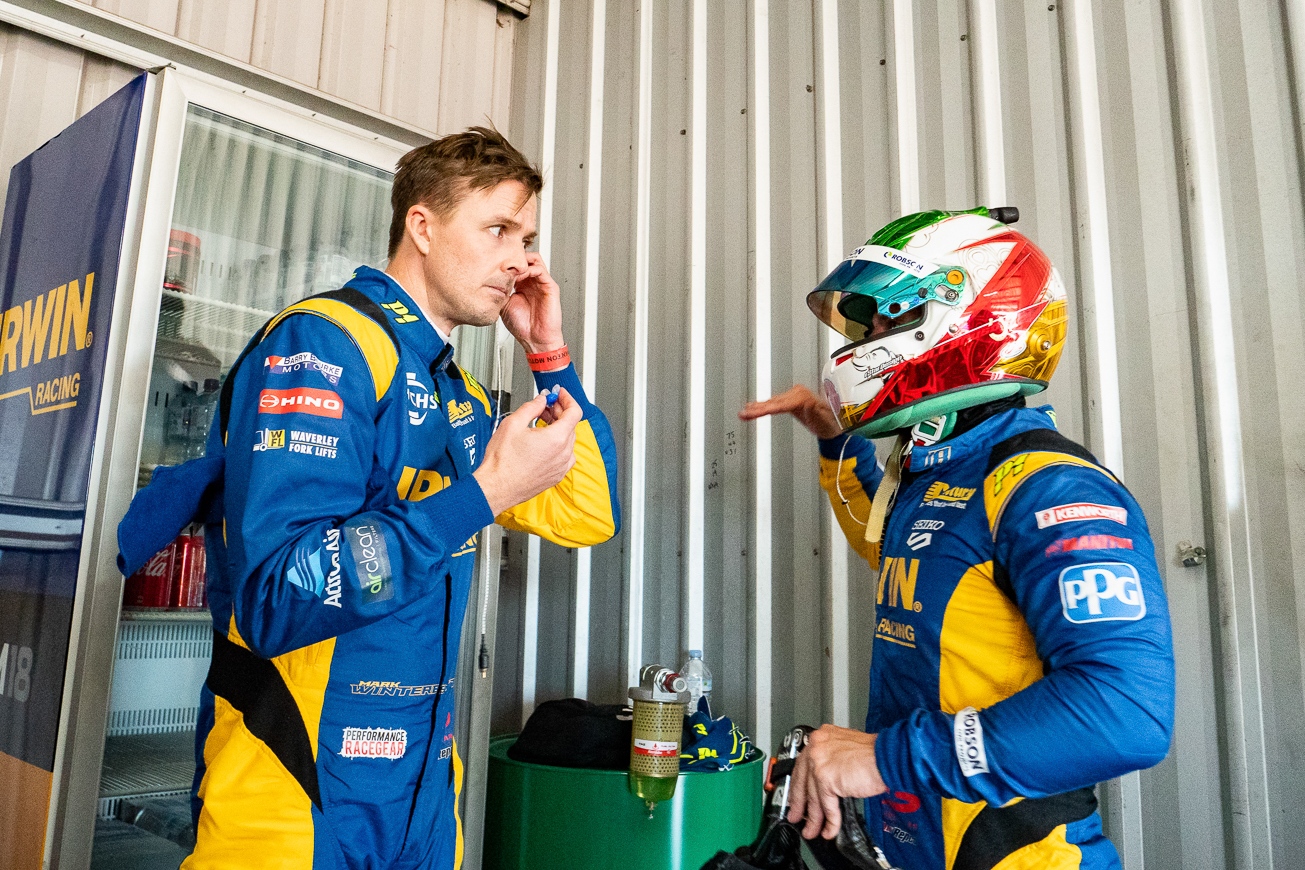 "These laps really come in handy to familiarise myself with the car and everybody in the team.

"Really looking forward to having another crack in the car at some more ride days and test days soon.”

4) Kelly Grove Racing did a lot of pit stop practice

The inside scoop from Supercars.com reporter Chad Neylon was Kelly Grove Racing practicing pit stops throughout the day, including with retired 2006 champion Rick Kelly in the car.

It’s believed the team was working to fix the throttle percentage issue they have experienced this season that saw David Reynolds stall while entering his pit box in Race 6 in Tasmania, with the drama costing him a top 10 finish.

5) Randle right at home at Tickford

Wildcard driver Randle is settling in well to the Tickford Racing stable, driving the cars of both Cameron Waters and James Courtney at Winton.

The 25-year-old also was able to lend a hand to young driver Zak Best ahead of his first Dunlop Super2 Series race at Winton.

Fresh off his wildcard stint at Tailem Bend, where Randle claimed a top 10 finish, he admitted he assumed more of a testing roll in comparison to his co-driver teammates.

"It’s a long time to Bathurst, five months or so, for the other co-drivers it is like dusting off the cobwebs, but for me I have just raced with these guys,” Randle said.

"Today is more for me to get laps in both Cam and JC’s cars, because we are trailing different setups and geometries, so it’s good to test them all out.”

Possibly the biggest learning curve of the test day would have been experienced by Super2 runners, with many of the current series contenders having never raced their current car around the track.

Track management was also a consideration for the young drivers around the circuit, with many having to navigate traffic while sharing the track with the Supercars runners.

Image Racing’s Jaylyn Robotham completed a two-day test at his home track and was keen to score some seat time ahead of this weekend’s event.

"The two-day test was vital before next weekend, so I’m really happy we were able to do it,” Robotham said.

"It really gave us an opportunity to try out a heap of different things before the race meeting.

"Last time I raced at Winton I was in an Excel so there’s a big difference in cars.

"The track is awesome and I’m feeling really good after these test days.

"I’ve got my confidence back in the car after a long break so I can be on it right from Practice 1 next week."