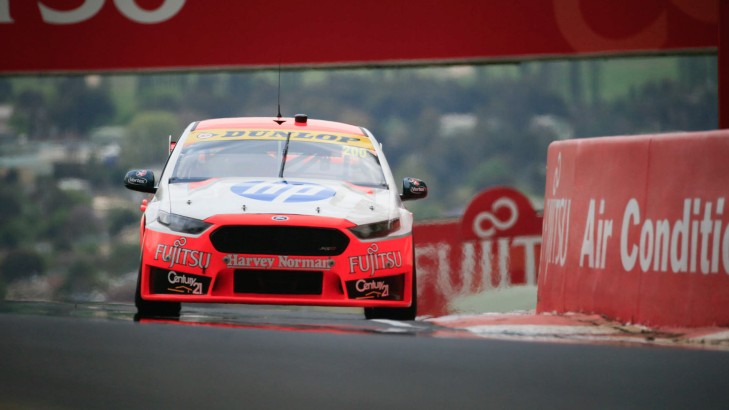 Co-driver Renee Gracie found the wall at Forrest's Elbow in the first stint as a result of spilt oil from David Wall's Volvo, crushing the Harvey Norman Supergirls' hopes for a clean, crash-free run.

However, the team worked hard to get the Falcon FG X repaired and back out on-track to be counted as a finisher the ladies were able to complete 121 laps of the 161-lap race.

Gracie and De Silvestro managed to salvage 21st position, with the latter believing the experience will be invaluable to their 2016 assault.

"It was awesome, it was really cool," De Silvestro told v8supercars.com.au of her first drive in the Great Race.

"Having the hiccup earlier in the race didn't really help us, but that's racing.

"I'd never done an endurance race before, so it was quite interesting waiting and seeing Renee take the start and then waiting to get in and stuff like that.

"It was a lot of fun, but for sure it was a good experience and good to finish. Hopefully when we come back, we'll be even better."

The Prodrive Racing Australia crew managed to repair the car before the lap 55 cut-off, allowing the Swiss driver to have a crack behind the wheel in her first Supercheap Auto Bathurst 1000. 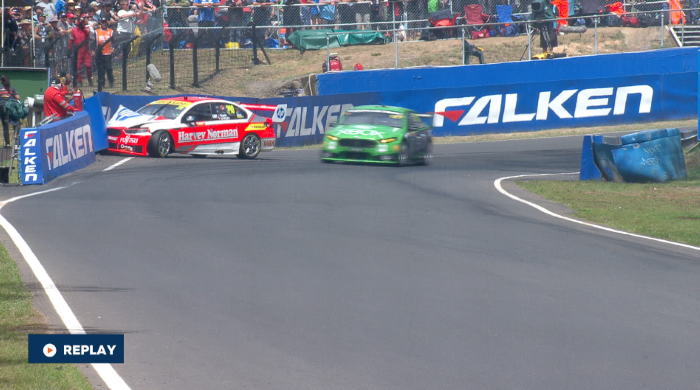 "It was unbelievable for the amount of damage that we had that we went out," De Silvestro said.

"A big hats off to [the team]. They were great the whole weekend, the whole team was really supportive and every time we had questions and stuff like that."

While she impressed on debut, De Silvestro maintained how difficult it is to get a handle on the V8 Supercar.

She hasn't ruled out an appearance before Bathurst next year, in a bid to get more experience in the car.

"It just depends with how my schedule is with my other racing," De Silvestro said on the possibility of an earlier return to V8 Supercars.

"Anything can happen, but for sure I would love to be in the car more before coming again because you learn so much while driving.

"It's funny because I was the lead driver, but I needed to lean a bit more on [Renee] because she knows the car a little better than I do.

"They're really tough to drive... it's something to get your head around and a big hats off to the driers because they are really quick, especially around here on such a tricky track.

"But you know, I think the experience will help me with anything that happens in the future."