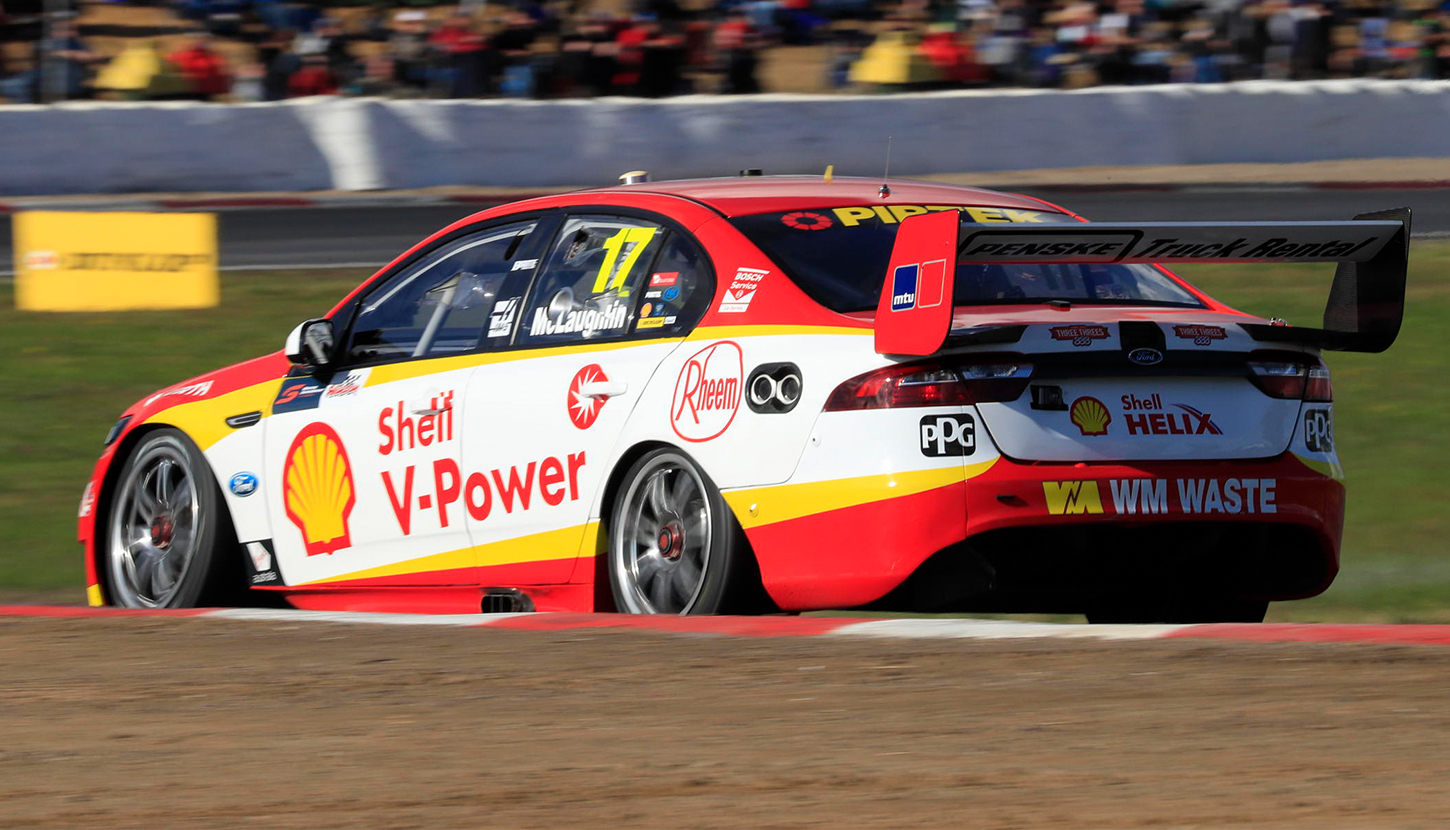 Scott McLaughlin has described dealing with a shift-cut issue during Race 10 as ‘a real battle’, but does not believe it cost him victory in a hotly contested Winton finale.

Shuffled back to fifth in a hectic opening two laps, McLaughlin fought through to run second behind Jamie Whincup early in the second stint before losing pace and eventually finishing fifth.

McLaughlin later confirmed that he had lost his electronic shift-cut which allows drivers to upshift without lifting off the throttle.

“It happened when I came up behind Whincup and that’s when I sort of lost my pace,” explained McLaughlin of the issue.

“I was clutching (on the upshifts) and everything. It was old school. It was a battle.

“It made me really appreciate how much easier it is when you do have a shift-cut and are able to just flat-change.

“I was trying a lot of different things to make it work and when the Safety Car came out I knew I’d be under fire.

“We just had to do our best and fifth was it.”

McLaughlin’s struggle for pace was such that he signalled eventual winner Shane van Gisbergen through for second on lap 26.

He later conceded third to team-mate Fabian Coulthard, before losing a further place to Cameron Waters after a late Safety Car.

“There was no point fighting Shane because he was coming through hard,” explained McLaughlin, who made the call to concede the place.

“I was catching Whincup when Shane was catching me, so I thought if I could let Shane go and he can chase Whincup and put pressure on him I might be able to catch up to him.

“Sometimes you’ve just got to pick your battles and that was one I just decided to let go.

“I could have held him up but I felt I needed to salvage what I had and if that was an easy third or fourth, which it would have been before the Safety Car, then that was good.”

Although the problem cost time, McLaughlin felt it would have been difficult to win regardless following his tardy opening two laps.

“I don’t think we had the pace today,” he said.

“I think we would have been a little bit better but Fabs definitely had a very fast race car compared to me.

McLaughlin dropped from second to third in the standings today, now 28 points behind Coulthard.