An issue with his gearshift cut slowed Scott McLaughlin in the opening race of the Tyrepower Tasmania SuperSprint.

McLaughlin had been third-fastest behind the Red Bull HRT entries in Saturday’s practice and qualifying sessions, before finishing just ninth in the 50-lap race at Symmons Plains.

Although pitting on lap seven left the Shell Ford vulnerable to cars behind, McLaughlin is confident a top five finish was on the cards without the shift-cut problem.

Engaging when the gear lever is pulled, the shift cut allows for a smooth shift without lifting off the throttle.

It is the second time in 12 months that McLaughlin has had a shift-cut issue, suffering a similar fate in the Sunday race at Winton last year. 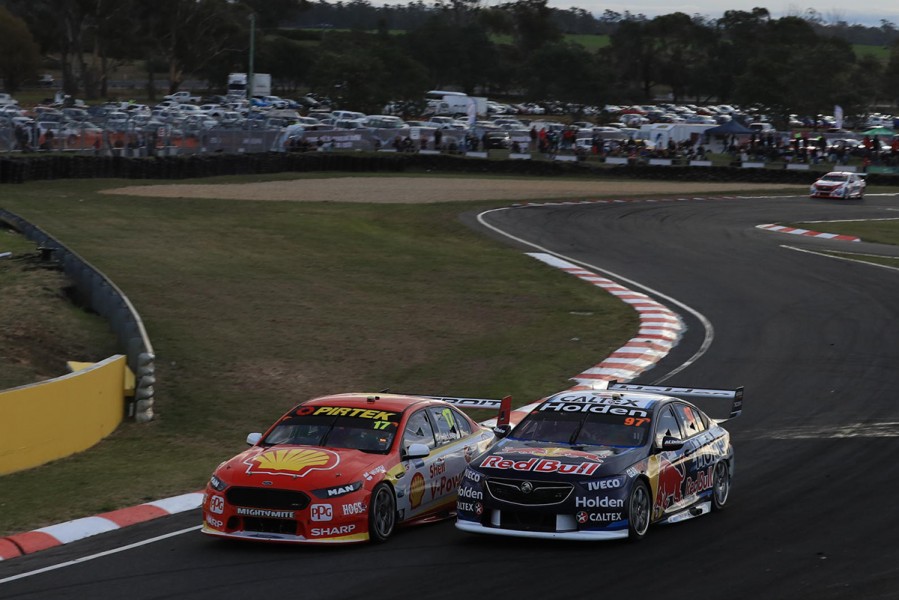 “I felt like I had reasonable pace. We had a great pitstop, and came out right alongside [Shane] van Gisbergen,” recounted McLaughlin.

“Had a good battle with him up to the hairpin, trying to bump draft each other and ended up banging doors. That was pretty cool.

“Then I started having a problem with our shift cut, which meant that gear changes were pretty difficult.

“I tried a lot of things to try to get it working properly again, it just didn’t work.

“It’s a bit of a ‘what might have been’ type of day, I think a strong top-five result went begging, but we’ll take a look at it and have another go tomorrow.” 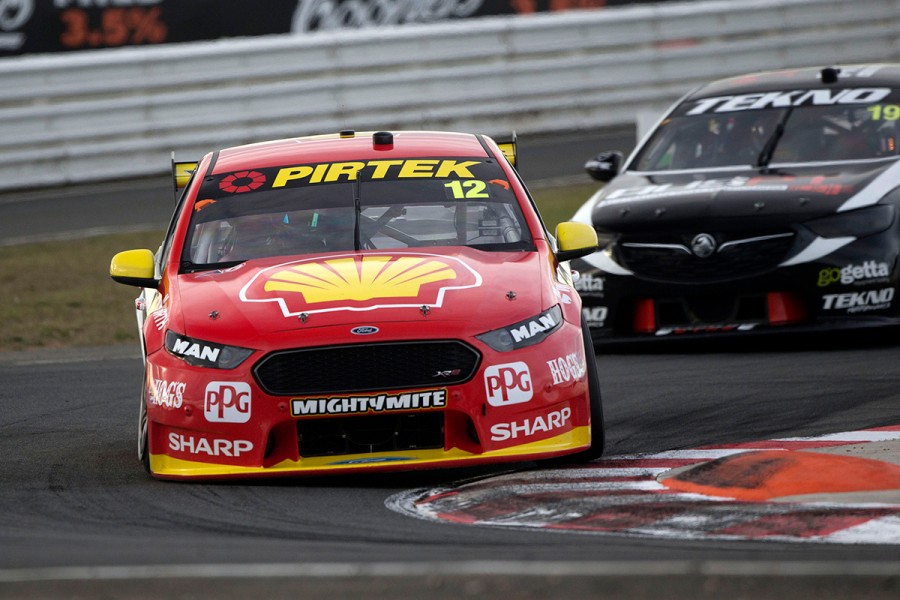 While McLaughlin slid down the order, Shell V-Power Racing team-mate Fabian Coulthard went in the opposite direction, racing from 11th on the grid to fifth.

Coulthard narrowly missed out on progressing from Q2 to Q3, resigning him to the sixth-row start and making for a tough afternoon.

“It could have been a totally different outcome this afternoon if we’d been able to get into that final qualifying session, and get further up the grid,” said Coulthard.

“The car was awesome in the race, the boys did fantastic pitstops and we were able to race our way to the front, had some good battles with people, make some passes and move forward.

“We picked our battles, come home fifth and I’m now inside the top 10 on points. I’m pretty happy with today.”

McLaughlin moves from third to fourth in points following Race 7 of the Supercars season, losing a place to his 2017 title rival and Saturday winner Jamie Whincup.

Coulthard meanwhile jumps to ninth as he continues to recover from a horror Adelaide 500 that left him 20th in the standings.