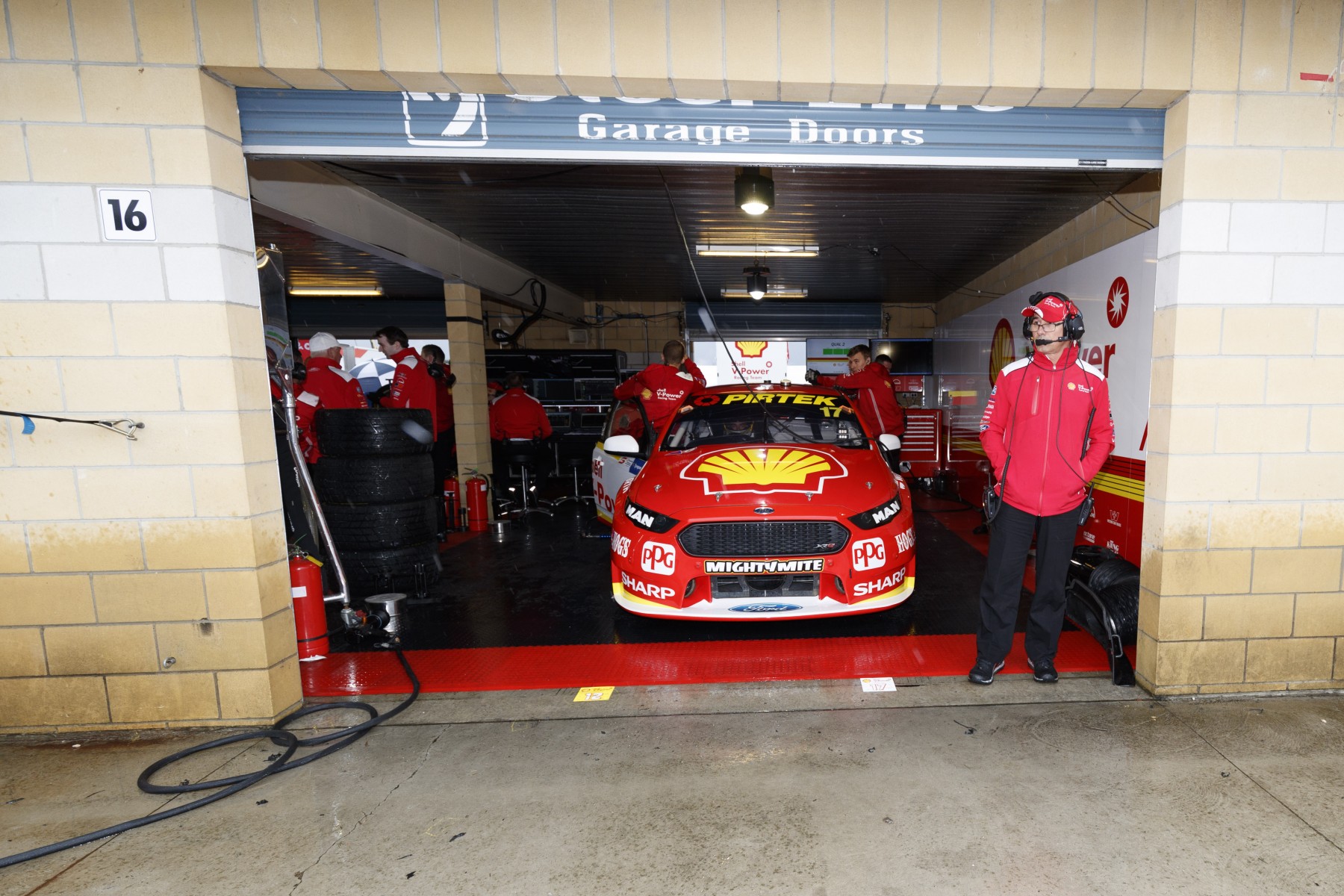 The last six months have seen Ludo Lacroix in the Supercars spotlight like no technical mind before him.

Already big news at the end of last year, Lacroix’s move from Triple Eight to Shell V-Power has coincided with the Ford squad finally making good on its promise to be a major force.

Although there were signs of potential at the team last year, its sudden leap has many talking about how one man can make such a difference.

During his recent trip to Barbagallo, Roger Penske quaintly labelled Lacroix as his team’s ‘secret sauce’, while others are describing him as the ‘silver bullet’ needed for success.

Cynics, including Triple Eight’s drivers, have scoffed that Lacroix has simply adapted Triple Eight set-ups to the Shell Fords.

Having spent more than three years piecing together Team Penske’s Supercars effort, its president Tim Cindric says that Lacroix’s decisiveness has been key to its performance leap.

“I think the biggest thing that Ludo has brought to us is a decisiveness to make decisions,” Cindric told Supercars.com.

“I’ve heard people say he’s just brought some set-ups or whatever else, but I think the set-up on a Commodore is a bit different to an FG X.

“It’s not a matter of taking a Triple Eight set-up, putting it on this car and going quicker.

“Ludo understands how to make the cars go quick and how to manage a team through a race weekend.

“We had a very good foundation of people that we’ve built from within, but you still need experienced, successful leaders to point them in the right direction.

“We had that with Adam de Borre (with Prodrive in 2015 before spending a single year at Penske) to a certain extent but we didn’t have that from an overall leadership standpoint.” 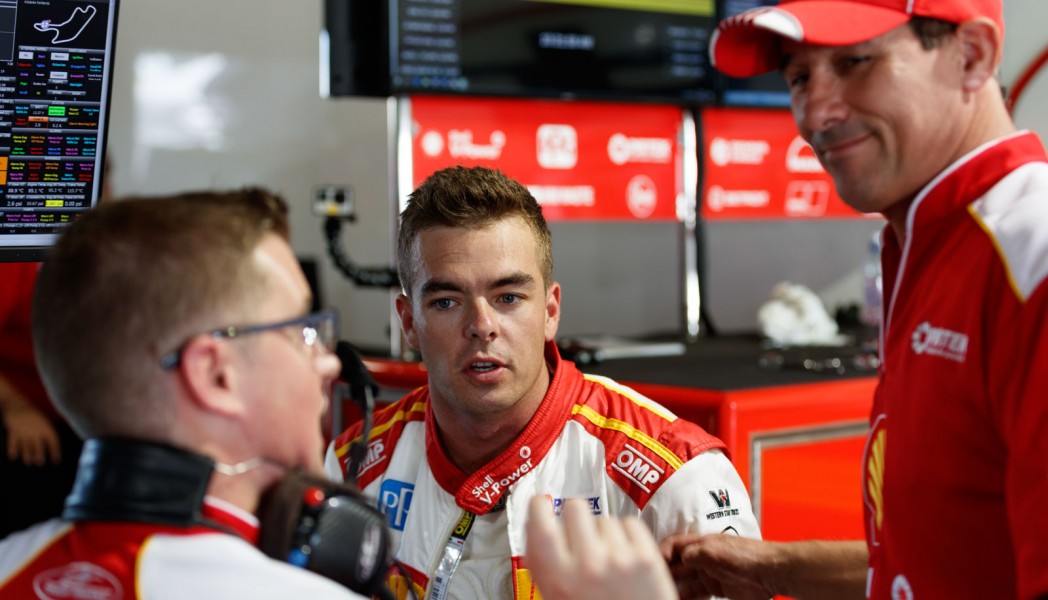 Praising his passion and enthusiasm, long-time Penske lieutenant Cindric says that Lacroix is unlike anyone he’s worked with before.

Lacroix had spent nine years away from race engineering prior to 2016, where he was put on Craig Lowndes’ entry as part of Triple Eight’s expansion to three cars.

Cindric says that deciding how to best use Lacroix within Penske’s organisation – which also includes NASCAR and IndyCar teams – was not straightforward.

“The first time I met Ludo towards the end of last year, with his personality it’s really difficult to try and understand how it’s going to work or look,” Cindric continued.

“We certainly weren’t an organisation that are as well refined as Triple Eight and still aren’t, but I wanted to be sure that he was willing to grow with us.

“He was going to have to take a step back in his expectations and bring us forward. He wasn’t going to be able to step into a house that was already built and do his thing.

“Had he gone to Prodrive or somewhere like that I think it would have been a much easier transition for him.

“But I got the sense that he was up for the challenge and embraced that need to show the leadership. There was a clear need for his decisiveness and the team embraced that.

“I had to get to know him a little bit to know what that was. He didn’t displace the technical director that was there, Nick Hughes, he’s added to what we had. 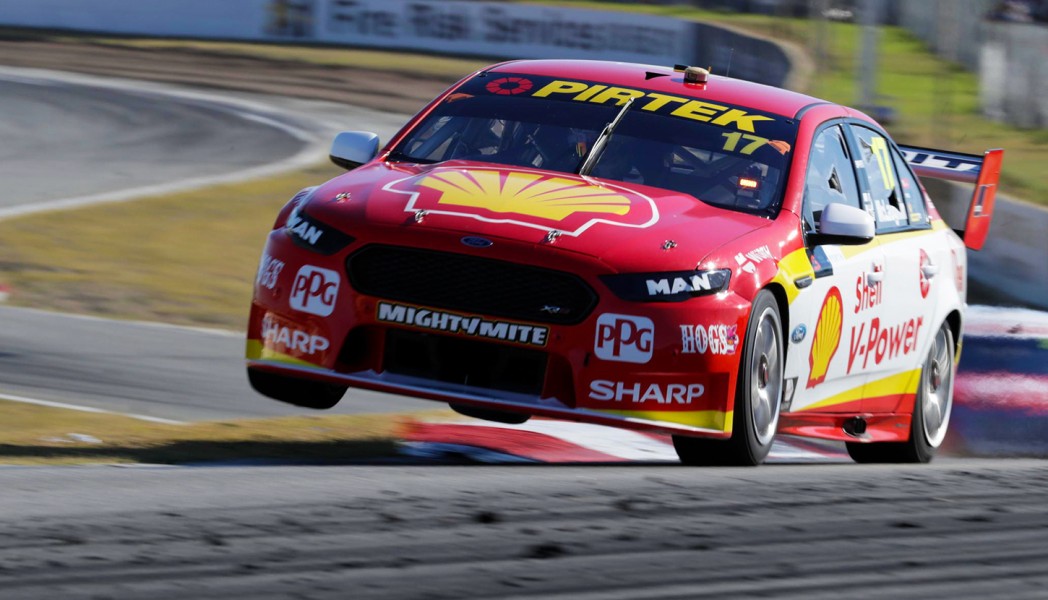 “My job is to figure out how to put the pieces of the puzzle together. We talked about race engineering and where he’d been before he was technical director and a race engineer.

“Maybe that was a bit much in some ways, but I felt that for us to go forward you have to have the ball. You have to be in it and not just sitting on the sidelines making decisions.

“His forte might be other things but it was very important to get him totally engaged.

“We had good technical staff and people that really understand vehicle dynamics, but we really needed to figure out how to execute on the race track relative to our competitors.

“Nick and even Phil (Keed, engineer for Fabian Coulthard) embraced that need to have someone making those decisions.”

While the team has come a long way from the struggling single-car outfit that Marcos Ambrose departed early in 2015, Cindric says that the progression has far from peaked.

“I don’t think we’re at the summit by any means,” he said following a string of results that see Coulthard and Shell V-Power atop the drivers' and teams' standings respectively.

“We have a long way to go. I feel like we’re still getting over the transition of coming to a race track hoping we can succeed and instead we’re expecting to be in a position to exceed.

“With all our other organisations we’ve been through those scenarios and we come to the race track expecting to have a chance to win.

“In the past few years we’ve been hoping to have some success, but you know you’re in a good position where you’re expecting to have a chance to succeed.

“In this business you lose more races than you win.

"It’s not realistic to say you’re going to win all the races, but we still have a ways to go to being a consistent championship contender.

“I think we’re getting there but we haven’t reached our potential by any means.”