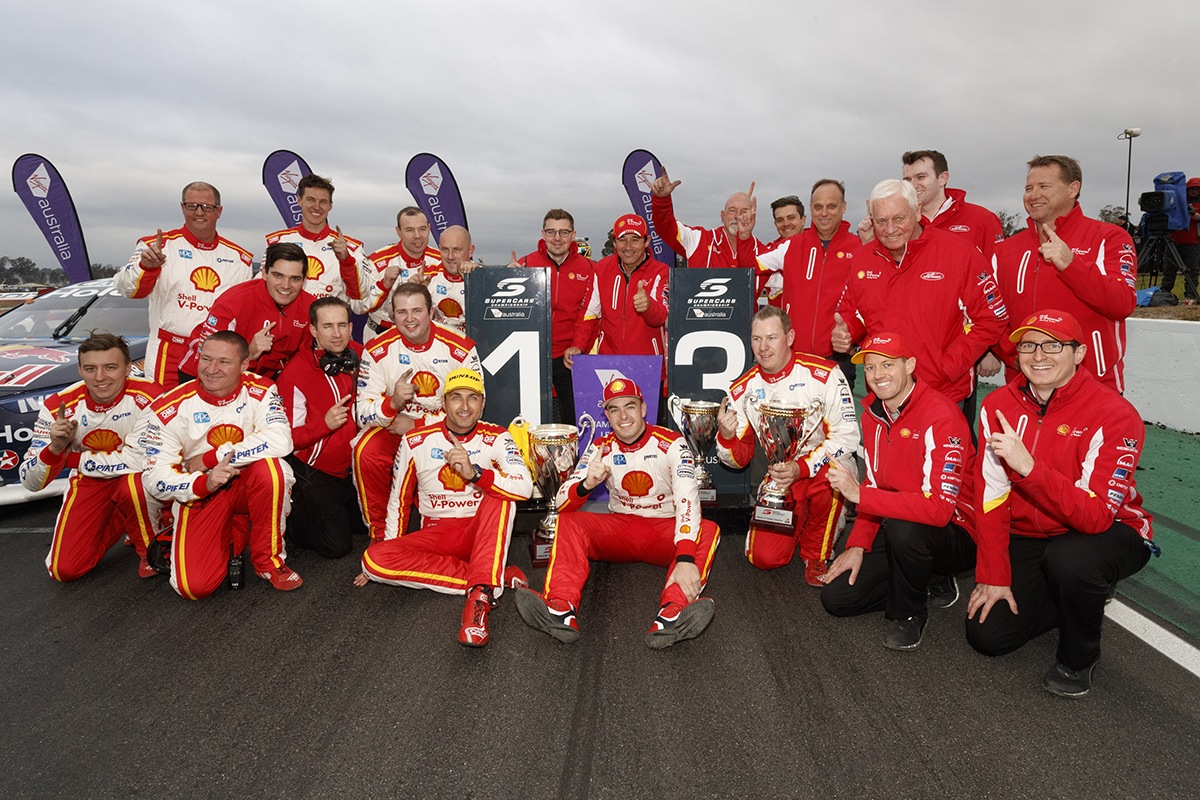 A double podium in the second leg of the Winton SuperSprint has helped Shell V-Power Racing move to the top of Supercars teams’ championship after 14 races.

DJR Team Penske ended Triple Eight’s seven-year stranglehold on the accolade last year, but trailed it during the first part of 2018.

It headed to Winton in second place, 12 points behind the Red Bull Holden Racing Team entries of Shane van Gisbergen and Jamie Whincup.

Fabian Coulthard and Scott McLaughlin finished fourth and fifth on Saturday and then first and third, while van Gisbergen had a double-podium weekend and Whincup took 17th and eighth.

Saturday's results moved the Shell Fords to the top of the order, and the squad left 24 hours later with an 87-point advantage to take to next month's CrownBet Darwin Triple Crown. 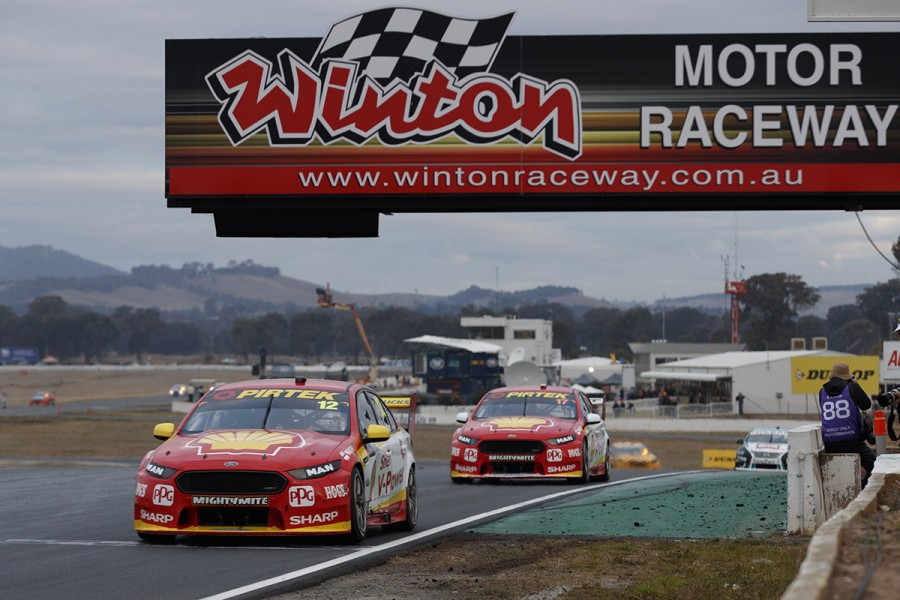 Coulthard grabbed the team's sixth win of 2018 on Sunday

“It's great for the team,” McLaughlin said.

“The team takes that very seriously like the others do, and it's important that we keep getting those points.

“We'll just keep trying to build as a squad and I think Fabs and Mark [Fenning, engineer] have worked really well with myself and Ludo [Lacroix].

“We're forming a good little bond there as two cars. I think we're in a really good spot, but we need to keep pushing on as a team and hopefully we can keep building on as the season goes on.”

That was held by Tickford Racing’s Mark Winterbottom and Chaz Mostert entries, but they were overtaken by Brad Jones Racing’s Tim Slade and Nick Percat across the Winton weekend.

Autobarn Lowndes Racing is the top single-car outfit in 10th, two spots ahead of the best of the standalone solo teams with Milwaukee Racing for Will Davison.