McLaughlin set a new qualifying lap record at Sydney Motorsport Park, a 1:27.9494s, and will lead the field away in Supercars' first night race in Australia since 1997.

Coulthard made it a one-two for the Ford squad in ARMOR ALL Qualifying, while Shane van Gisbergen and Rick Kelly will share the second row.

All three Triple Eight drivers had to contest Q1 after a quiet run through practice, but were ultimately untroubled.

Van Gisbergen led Jamie Whincup and Craig Lowndes in the first stanza with a 1:28.1071s, an effort faster than McLaughlin's qualifying lap record set 12 months ago. 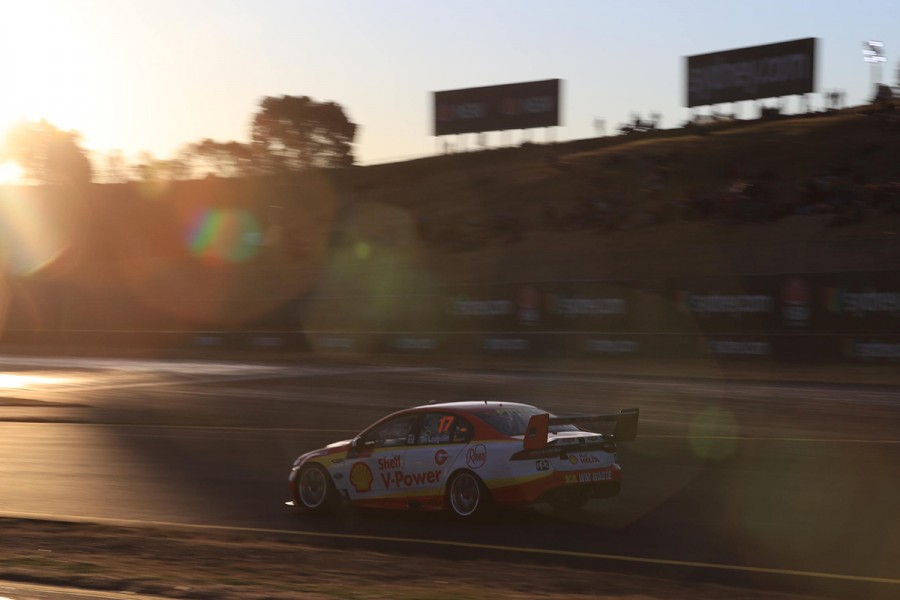 The championship leader was seventh beforehand, having opted against using a set of new tyres on his first run.

Coulthard fired the first shot in Q3 with a 1:28.0573s to lead Whincup and van Gisbergen, as McLaughlin slotted into fourth having only run two green tyres.

Whincup opted against completing a second run, with a view to saving rubber for the 77-lap, 300km race.

McLaughlin headed out on four fresh tyres on his second and final run, turning Supercars' first sub-1:28s lap of the 3.9km circuit.

Coulthard abandoned his final attempt, having been marginally down on his own benchmark, with McLaughlin taking his 11th ARMOR ALL Pole of the year by 0.1079s.

“The car was awesome. It was a tough qualifying session, I’m still getting used to those three-stage ones, but it’s great for the fans,” McLaughlin said.

“Into Turn 1, you do have the sun in your face, but once that goes down and the lights go on, it’s going to be great to be part of it. It’s pretty exciting.”

Second is Coulthard's first front-row start since lining up second each day at Winton in May.

“It’s fantastic. Especially from where we were yesterday, we were behind the eight-ball, a second off the pace and struggling,” he said.

“Thanks to Rowdy (engineer Mark Fenning), he’s made the car a lot better, and if I couldn’t be on pole I’d want my team-mate to be.”

“We felt like we did a good job on the first set and we had to use extra sets to get into Q3,” Whincup said.

“We’re not at a tyre disadvantage at the moment, but we would have been if we used the extra set.

“The car wasn’t flash in practice and we could have been anywhere in that run, so I’m happy to be in the top five.

“But we throw all that out the window now. We’ve got to make a fast race car in the dark. We’ll see what happens.” 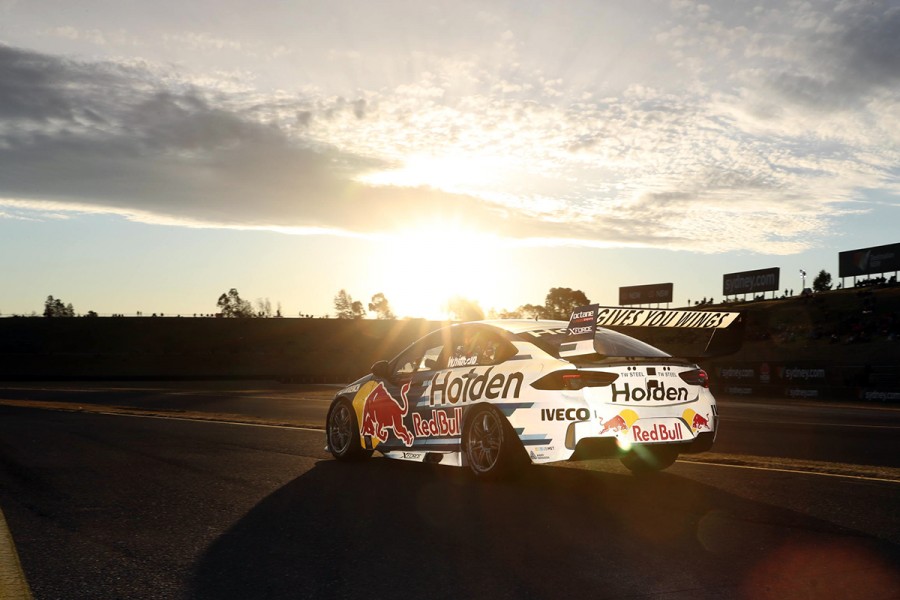 James Courtney was denied a Q3 spot in the closing stages by Kelly and will line up 11th ahead of Tim Slade.

Mark Winterbottom, Jack Le Brocq and Cameron Waters will fill 14th to 16th, having been the other Q2 participants.

Andre Heimgartner missed out on progressing from Q1 by just 0.0027s to Waters.

Heimgartner was demoted from the top six in the closing stages of the opening 10 minutes by Nissan team-mate Michael Caruso and will start 17th.

Former Bathurst winners Garth Tander and Nick Percat, meanwhile, had to settle for 21st and 22nd in their Commodores.