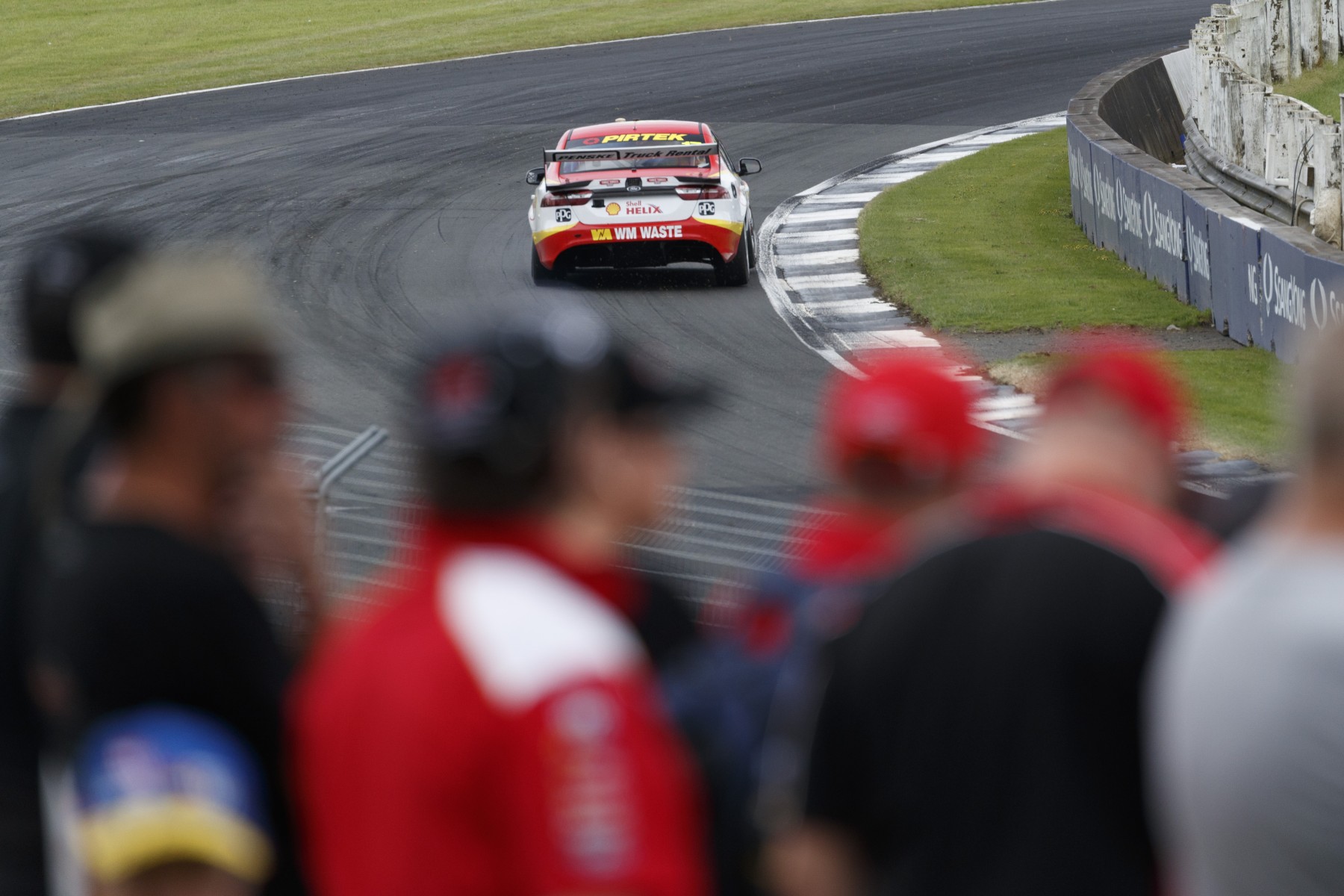 The pair are the primary contenders for the 2017 crown, although McLaughlin’s team-mate Fabian Coulthard, Chaz Mostert and Shane van Gisbergen remain in mathematical contention.

On home soil last weekend, McLaughlin beat Whincup to third in the Saturday Pukekohe race to close from 27 to 18 points behind, but Whincup’s victory on Sunday put the margin back out to 30.

While managing director Story classed the ITM Auckland SuperSprint as “a good weekend overall”, he believes beating Whincup in Newcastle be a challenge.

“We’re disappointed to see that championship gap to the #88 car extend, but they’re tough competitors and out-and-out racers,” he said.

“We’ve got a hell of a task against us to try to face that mammoth, herculean effort that I think it’ll take to get over those guys in a couple of weeks’ time.

“But we can’t wait to get to Newcastle, check that place out and give it everything we’ve got.”

Even with Whincup fighting for his seventh title and McLaughlin his first, the Holden driver does not believe that experience gives him any advantage.

A championship win would also be Triple Eight's seventh title since 2008 while Story's squad last won with James Courtney in 2010 as Dick Johnson Racing.

Both drivers and their teams, though, will face the unknown of a brand-new, 2.6km street circuit.

“We have to go for it, we have to throw caution to the wind, so to speak, and give it the best shot we possibly can,” Story said.

“There’s a lot we can do in prep, there’s a lot we’ve been doing and thinking about, in having access to the topography of the circuit and knowing what the layout was going to be. There’s a lot you can do on computer tools like that.

“In addition to that, it’s a good opportunity for our engineering group to go down there a little bit early, and understand the layout’s all about.

“Know where the grates are, it’s a street circuit, of course, vicissitudes that are associated with that there that we have to take encounter as well.

“There’s a lot of things we’ll be doing in the lead-up to that event to give it everything we’ve got.”