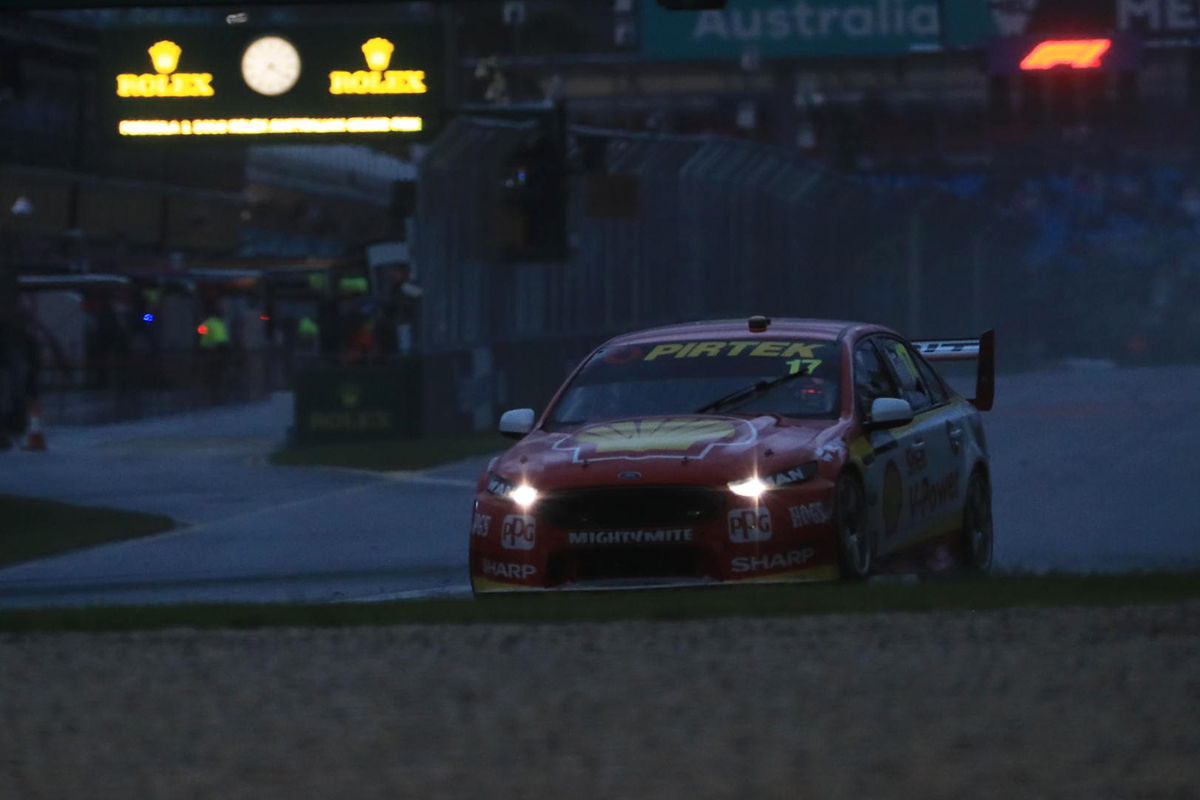 Shell V-Power Racing's Scott McLaughlin and Fabian Coulthard have lamented the wet-tyre call that left them mid-pack in the third leg of the Coates Hire Supercars Melbourne 400.

The pair opened their Albert Park accounts with a McLaughlin-led first and third on Friday and second and third in Saturday afternoon’s wet race.

However they had to settle for 12th for Coulthard and 15th for McLaughlin on Saturday evening, among the group of drivers who pitted for wets late.

McLaughlin led the opening lap but fired off at Turn 1 at the start of the second, dropping to sixth.

A radio failure shaped the rest of his race, complicating two pitstops and having to double-stack behind Coulthard in the second for wets.

“Absolutely my stuff up, I put my hand up,” McLaughlin said of the lap two mistake.

“I just tried to push and get away at the start and just absolutely made a blue, I locked up and speared off.

“Then we had radio dramas, and things just really went downhill from there.

“It’s a shame, and possibly a win gone begging there. We’ll have another crack in the last race tomorrow.” 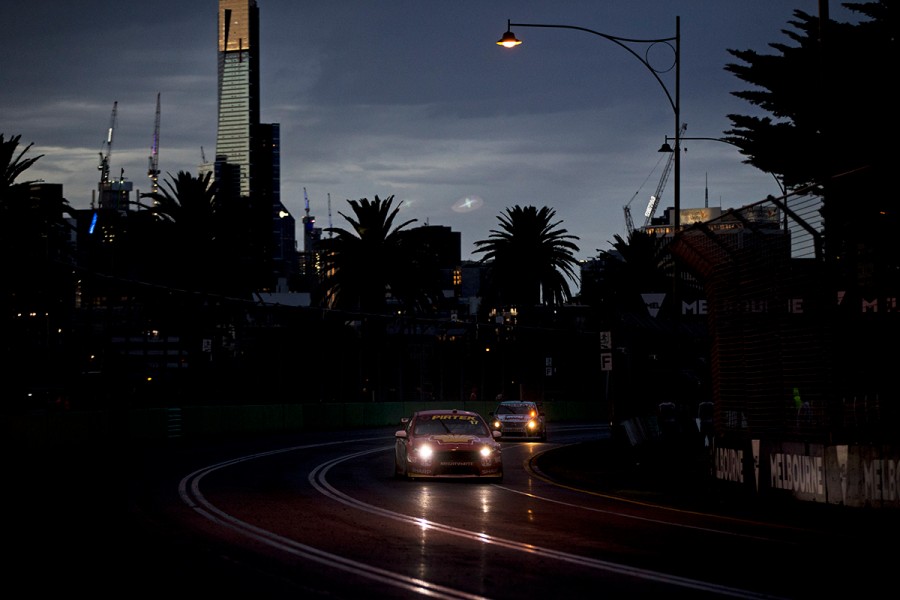 When Coulthard and McLaughlin pitted with seven laps to go, they were fifth and seventh.

Only one car ahead of Coulthard and another in front of McLaughlin did the same, with the final top nine all braving it on slicks.

“It was tough because I lost radio as well, so when it started raining, the radio was very intermittent and I couldn’t hear whether they said come in or not,” McLaughlin said.

“I probably should have stayed out a little bit longer and tested myself.

“You take the good with the bad, it wasn’t my best race in the world, but we’ll focus on tomorrow and have a go.”

Coulthard started seventh but slotted into fourth early after McLaughlin’s trip through the Turn 1 run-off. 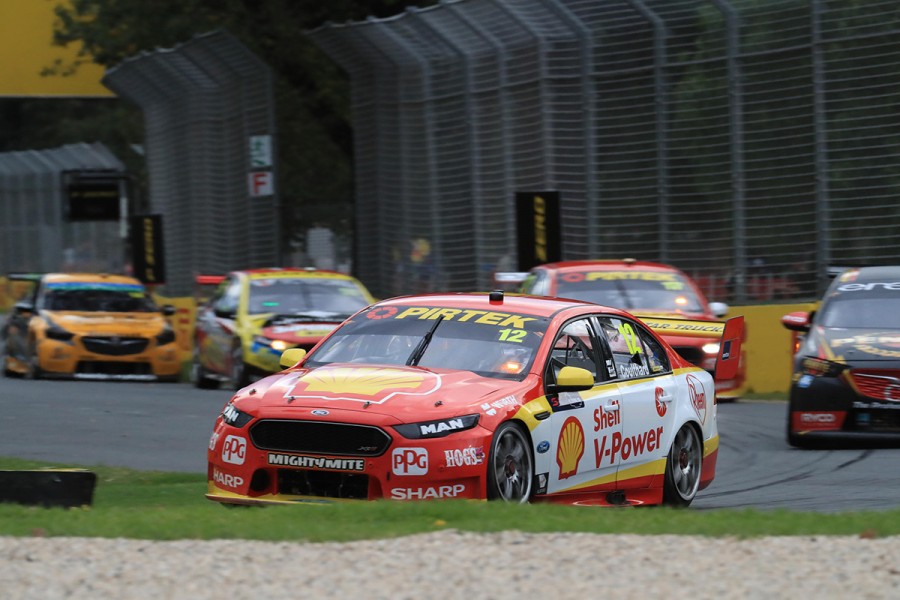 He sought to vault Nick Percat with an undercut, but his routine stop was slowed by a problem with the right-front wheel.

“I got a ripper start, made up two positions off the start and we were trucking along fine,” Coulthard said.

“Our first stop was a bit slow, and we came out fifth on the road.

“When it started to rain, we thought it was time for wets – with the low light it was hard to see how wet the track was, and several other drivers made the same call.

“It’s a shame because I think we were on for another good result.”

McLaughlin and Coulthard finish the day second and 14th in the Supercars standings after five races.