Slade brought the #3 CoolDrive Racing Mustang to a halt at pit entry two minutes into the session, which was topped by Tickford Racing's Cameron Waters.

The rear-right wheel parted company with the car, triggering a red flag and forcing BRT mechanics to dash to the scene to retrieve the stranded Mustang.

Team owner Tim Blanchard had only just placed his radio headset on before Slade raised the issue.

"Just heard on the radio Sladey said there was something weird going on with the car coming down the back straight,” Blanchard explained on the broadcast.

"We were coming in that lap anyway. Obviously not a good start to the weekend. It’s only first lap in practice so a long way to go yet.”

The team returned Slade to the session, with the two-time race winner finishing the session seventh on the time sheets.

However, Blanchard admitted the incident would likely attract a penalty. 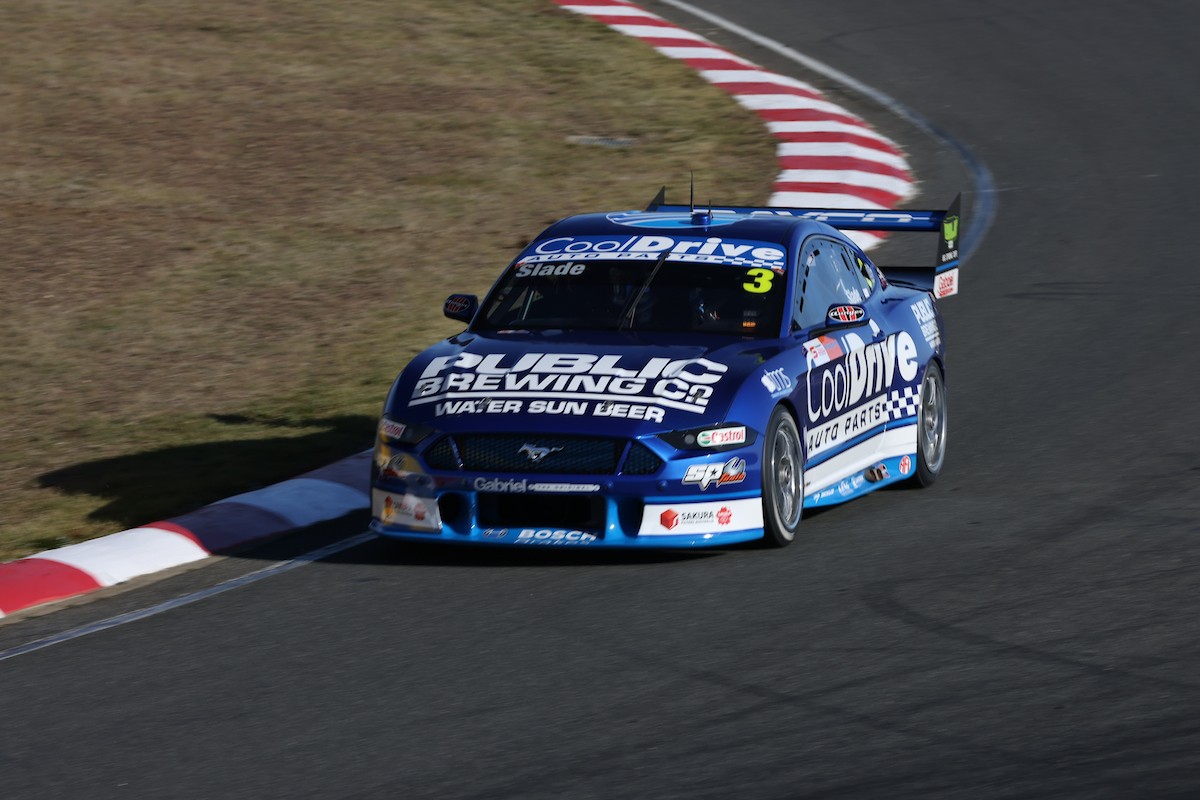 "I’m not really up to spec on the rule for that but I’m sure there will be something along those lines,” Blanchard said.

"We’re still a new team, we’re only in our third event so there’s still a lot of procedural stuff.

“We’ve got a few new guys on the team this weekend and a few guys in new roles, so we’ve just got to fine-tune our processes and the communication within the team.

“There’s still a lot of things we’ve got to work on and improve.

“Obviously we just found a big one there.”

Slade added: “Just felt a little bit not normal coming down the back straight there.

“I had the feeling that a wheel was loose, and I radioed through to the guys.

“I went extra slow to try and creep it back to pit lane, but unfortunately, it came off completely."

Slade will return to the track for Practice 2 at 11.25am.