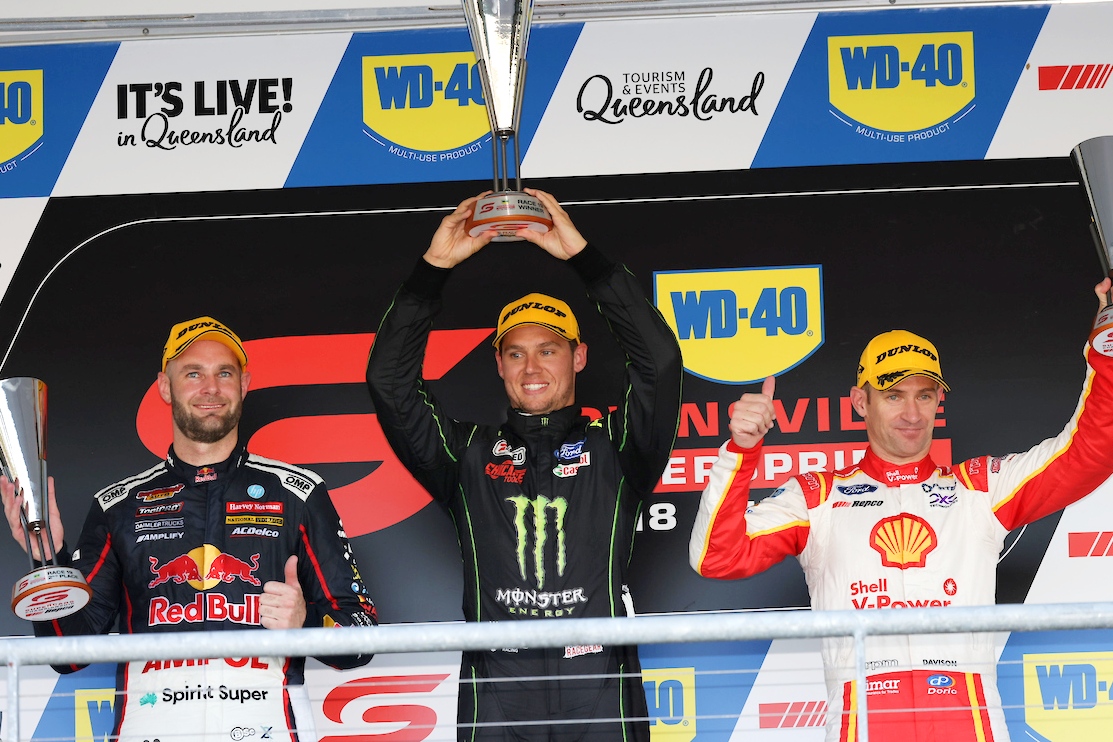 Cameron Waters and Shane van Gisbergen showered each other with praise following their heart-stopping battle in Race 19.

Waters held out van Gisbergen on Sunday to score his second win in three starts at the WD-40 Townsville SuperSprint.

Their battle began off the line, with van Gisbergen dragging Waters on the run to Turn 2.

The series leader muscled into the lead at Turn 13 on lap 5, but Waters regained the lead when the race was neutralised by the BP Ultimate Safety Car.

Van Gisbergen was forced to overtake Will Davison after the restart, and tried to no avail to overhaul a defiant Waters.

Speaking after the race, Waters suggested he had more tricks left in reserve to defy van Gisbergen.

“We had a pretty good race car, we were kinda hanging onto Shane in that first stint,” said Waters, who is now third in the points standings, albeit 412 points down on van Gisbergen. 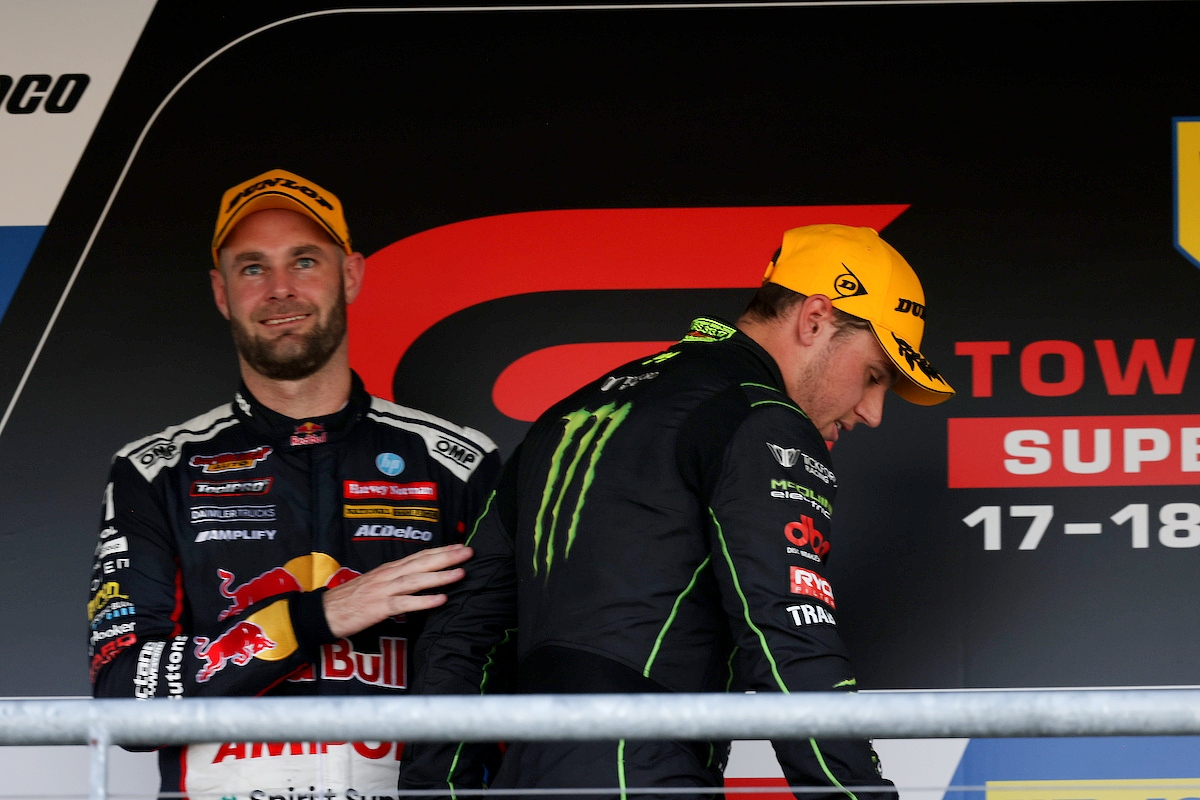 “Obviously came out in front of him and was pushing as quick as I could.

“We had a mega battle with him, it was really cool. Awesome to get one on him and win that race.

“I had a few more [tricks] up my sleeve… it’s awesome racing Shane, he’s so good at racecraft and racing people.

“There’s always a bit of respect there. We were side by side into Turn 2, and giving each other the shakas, and having a bit of fun with it.

It marked the second time in 2021 that Waters had held out van Gisbergen, following their ding-dong battle at The Bend in May.

Like he did that day, Waters celebrated with circle-work, which proved a homage to his impressive tyre conservation following his lap 19 pit stop.

“I’m flying home tonight, so I’ll go to the airport and smash a few beers,” he said.

“I’m really going to celebrate this one.

“I just wanted to blow the tyres off it… I think the left-rear is cactus, I was looking after it for 20 laps. 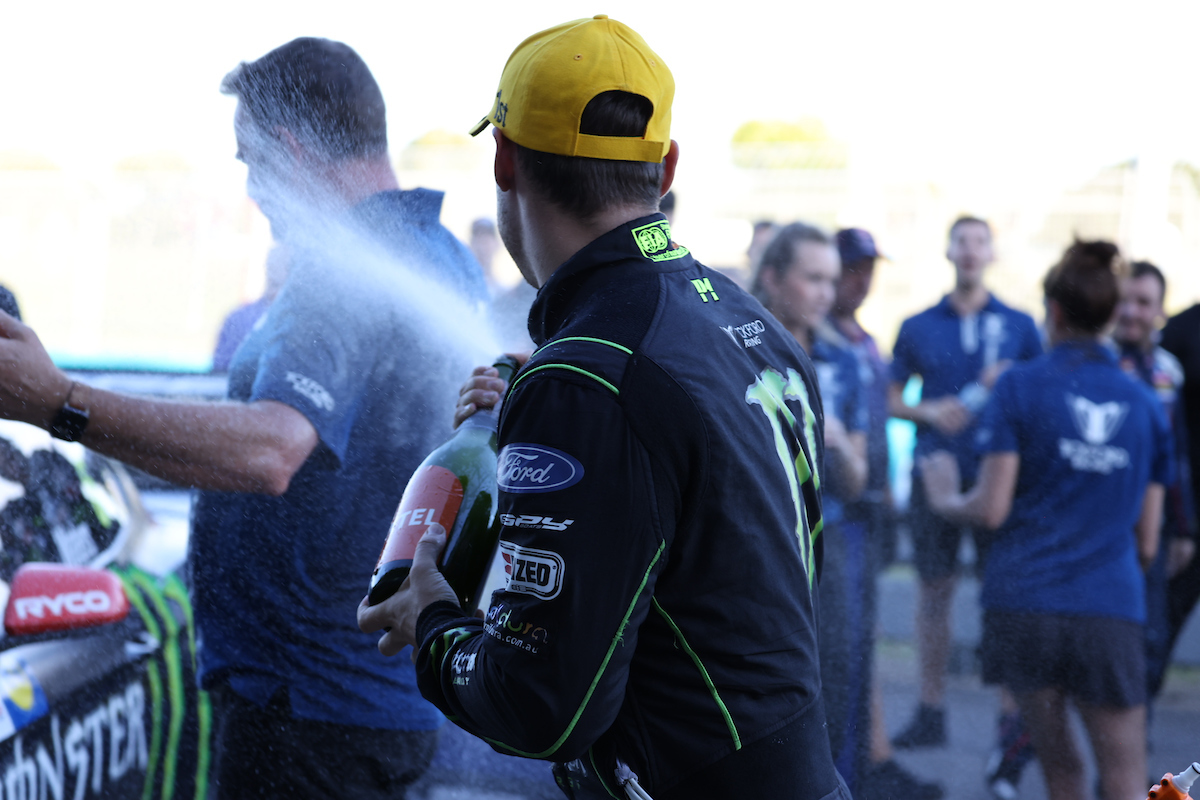 Whincup led from pole and lost the lead through the stops to van Gisbergen, who only took on two tyres.

The tables turned later in the day, with Waters regaining the lead after jumping the Safety Car.

“It was awesome fun, I don’t think the boss will tell me off for that race, except that I didn’t win,” van Gisbergen said.

“Yeah, what a great battle. We put it in all the right spots, down the straight I was giving him the thumbs-up, really enjoyed it.

“I would have loved to have won, a little bit unlucky with the Safety Car, but that’s the way it goes.”

Van Gisbergen, who has extended his series lead over Whincup to a season-high 276 points, lauded Waters for keeping both drivers in the fight, and out of the Reid Park concrete.

“You just know who you’re racing,” he said.

“You race a guy like Cam, you know he’s gonna give you room, and you do the same.

“There’s a lot of good guys in this category, and there’s a few who aren’t.

“i was pretty stoked to be racing him."