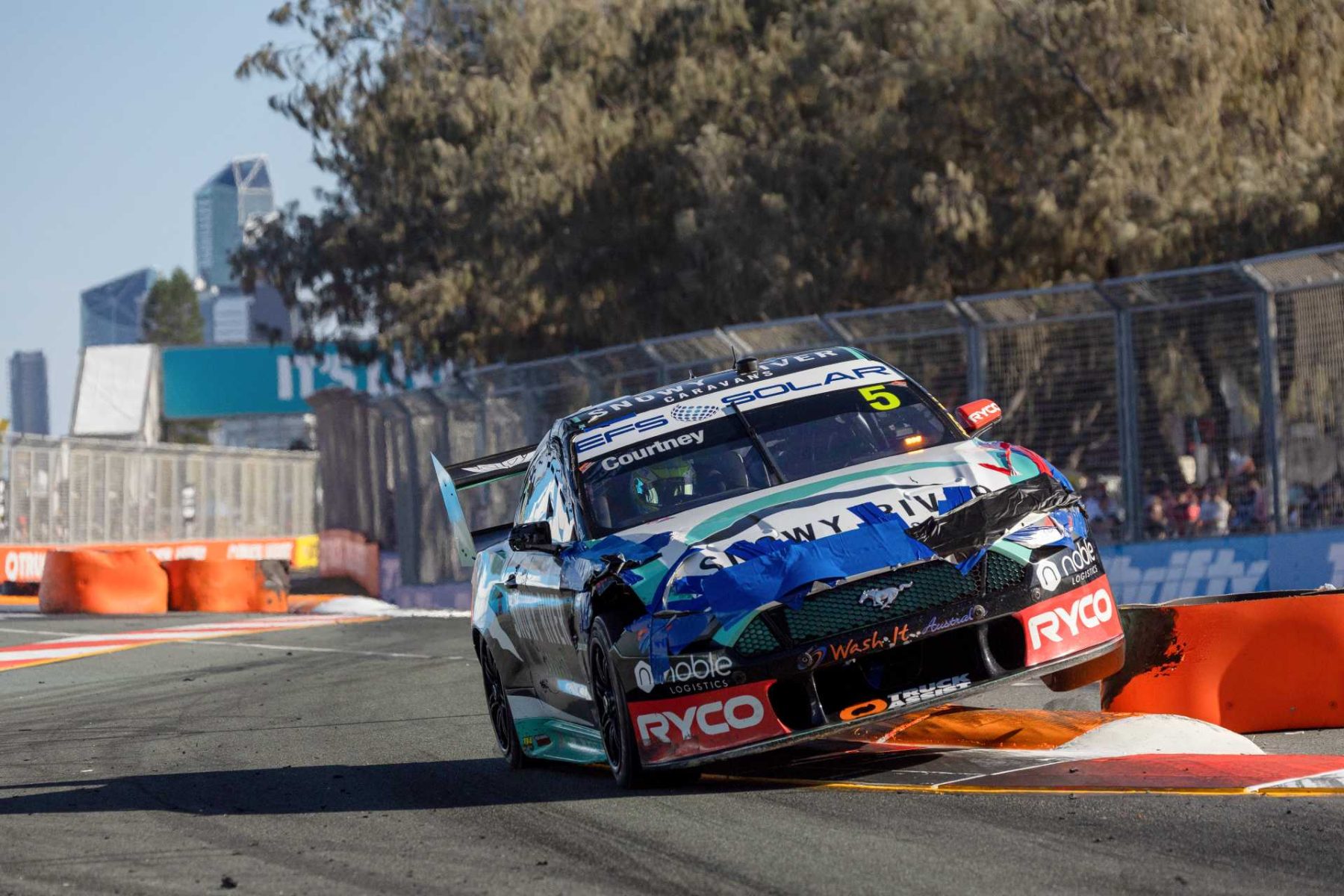 James Courtney will hop back into TR 2025 at the season-ending Adelaide 500, having temporarily been shifted into PRA 1722 for the recent Gold Coast round.

Courtney had used TR 2025 all season until it sustained heavy damage at the Repco Bathurst 1000 with co-driver Zane Goddard at the wheel.

PRA 1722 meanwhile started the year as Thomas Randle’s Castrol Mustang until it was parked following a severe start-line shunt at Tailem Bend.

That led Tickford to move Randle into FPR 1519, which was previously used for Zak Best’s pair of solo wildcards.

Amid the jigsaw puzzle, Tickford CEO Tim Edwards confirmed a straight car swap for Courtney at Adelaide, with PRA 1722 back to the sidelines.

“That car (TR 2025) has already been repaired, it’s been painted, it’s in the workshop, so JC will be back in that for Adelaide,” Edwards told V8 Sleuth.

“So, 1722 which is obviously the Tailem Bend car that was repaired after that, which JC then went back into for the Gold Coast, that just had some minor repair work needed (after Gold Coast) which has already been done.

“But we wanted to get JC back in his original car, almost forcing ourselves to get it back together because otherwise these things just sit on trolleys in pieces, so it was a good carrot for us to put it back together.

“So effectively for Adelaide, we’ll be back to having five Mustangs sitting in the workshop.”

The car Courtney now returns to is technically a much newer chassis, with 83 less championship races under its belt.

“Yes and no,” Edwards noted.

“I mean, 1712 is actually our newest car now because two-thirds of the chassis was replaced from the Tailem Bend accident, so apart from a little bit of the front stuff it’s actually largely a new car.”

Tickford’s bruising season continued at Surfers Paradise, Courtney and Randle both caught up in the beach chicane melee that halted the Sunday race.

Edwards though feels Tickford was able to avoid too much of a setback to its Gen3 efforts.

The Campbellfield organisation is due to receive its third Gen3 chassis from PACE Innovations shortly.

“We’re trying to insulate the guys doing the Gen3 stuff from all this repair work,” he said.

“To be honest, Gold Coast wasn’t great but most of it was just bolt-on stuff so it’s a case of obviously we’ve dug into our spares stockpile a little bit deeper but it’s not like we need (a huge) amount of spares after Adelaide.

“With one round to go, we’ve got sufficient spares for that.”

Edwards has publicly stated Tickford will expand its Super2 program next year, fielding at least two Mustangs in the second tier in 2023.

Tickets for the VALO Adelaide 500 are available now on Supercars.com and Ticketek.com.