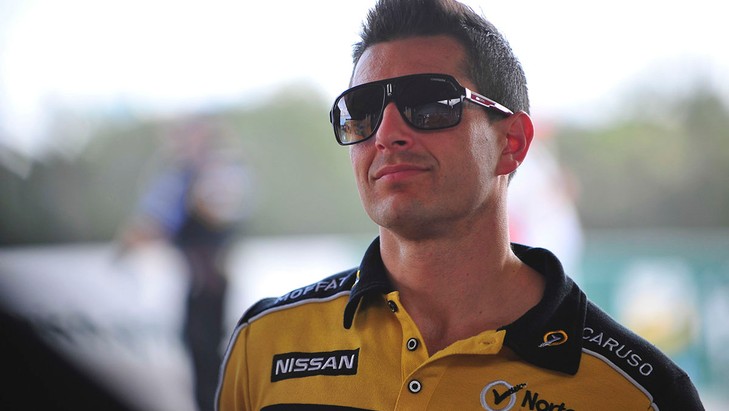 Not only running a new generation V8 Supercar, but a new Nissan, Michael Caruso reflected on his first season with the Altima.

Finishing second in an historic one-two at Winton marked a high in a year of development. Re-signing with the squad, Caruso will be a Norton Hornet this season and in years to come.

Caruso spoke to v8supercars.com.au about 2013.

V8supercars.com.au: What was your best race?

Caruso: “It’d have to be Winton. Obviously we knew our cars were going to have their best chance … if there was going to be a result for the cars, we knew we’d get one there.” 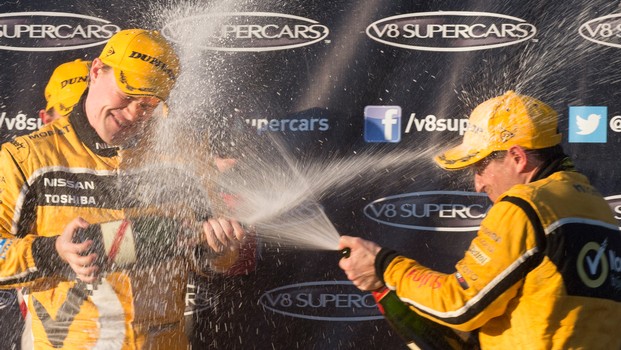 “Probably Clipsal. We qualified quite well, I think we were 12th and I guess when we broke a gearbox and put me out of the race it was pretty disappointing because it’s the last way you want to start the Championship.”

“(At Winton) We didn’t’ really pass each other, he got me at the start and that was the end of that!” 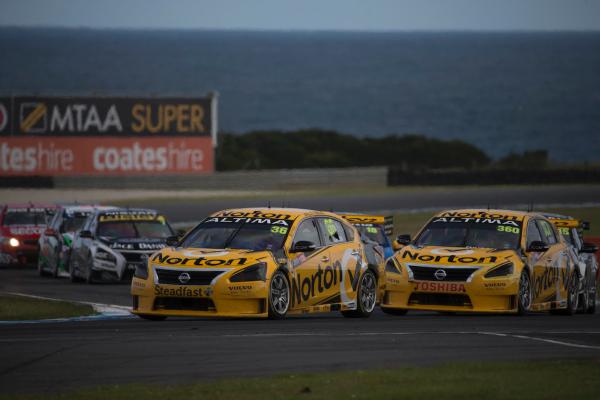 “I think the promo for Bathurst, how they did that was pretty cool to have the family involved in that and keep that forever.”

Click here to go to the Videos page and scroll to see the 'What I was Born to Do' video.

Your goal coming into the season and how it evolved through the year?

“It was hard, the hardest thing was probably all the DNFs we had. That was a bit disappointing and obviously reflects on my Championship position. That was always a bit tough, but I guess in terms of where the cars were at the beginning and when I first drove them compared to where they were at the end I think as a team we’ve progressed.

"In my own personal performance, pretty much from Winton on we feel like we got a big gain from our test day there and, I think, in terms of my speed. Especially relative to the other three guys, who I rate quite highly as drivers, so it’s good to always show good sped against your teammate.”

Most challenging part of running the new generation cars – and changing to a new manufacturer?

“I think there’s always challenges… On the weekend (in Sydney) when the Safety Car came out on lap 30 there was no chance we could one stop it to the end where there were Commodores and Fords that could. That makes it a challenge in itself – you put yourself in a different race to the other cars. You only can compete against the cars that are on a level playing field with yourself, so in terms of the year it’s no secret the Ford and Holdens were on a different level playing field than us and the parity obviously wasn’t there. That’s the reason why they’re going to redo the aero homologation on the cars and obviously that’s a major part in it."

“I think the one-two at Winton is pretty hard to go past! I mean, it’s enough to get one car to win a race, let alone have two cars out of the same garage finish first and second, so that was pretty cool.” 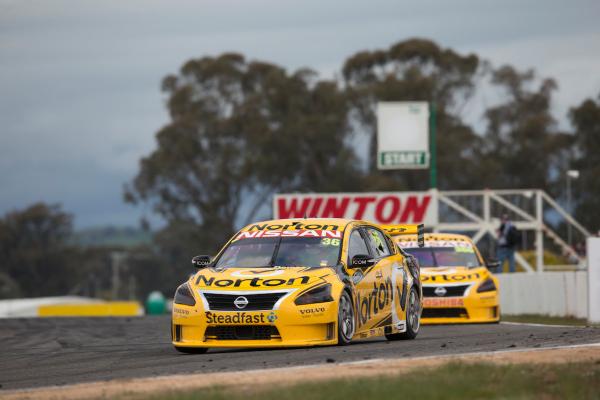 “I feel like I’m driving as good as ever, to be honest. Unfortunately it doesn’t get to show in terms of the end result, but just a part of the development phase of the car and it’s something I knew was going to happen, so more looking long-term and want to be a part of Nissan’s return to the category and want to make some history with them.”

“Once the season’s over, you tend to forget again quite quickly!

“Probably Scotty McLaughlin winning in New Zealand, that was pretty cool a rookie winning his home event, I think for an driver to win your home race – particularly being New Zealand, going over and winning would be pretty cool.”

“Who stood out from the rest – I’m not sure… Probably Jack Perkins. He did a good job, he’s consistent, didn’t crash!”

Best change to the Championship in 2014?

“Probably recognition the Nissan didn’t have parity aero, so they’re changing it over.

“I think it’s important for the category, particularly with Holden announcing they’re not going to build cars here anymore, I think it will open eyes for everybody in the group that it’s going to be more likely they won’t have a presence like they do right now.”