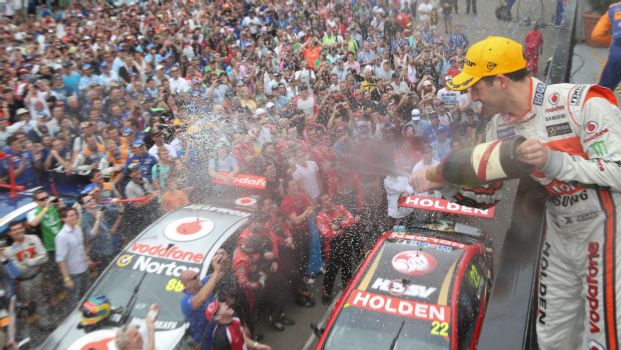 THE final V8Xtra for 2012 is a one hour special capturing the season highlights from this year’s V8 Supercars Championship.

Host Neil Crompton talks to the series champion, Jamie Whincup about his year.

Mark Larkham chats with Ross and Jim Stone about the end of an era at Stone Brothers Racing and catches up with the new players from Erebus Motorsport about the introduction of Mercedes AMG into the championship.

Aaron Noonan reflects on the leading cars of the past 20 years.

All the antics from the annual season-ending Gala Awards are also featured in the program. The cameras go back-stage with the winners, while Riana Crehan catches up with the drivers and their glamorous partners on the red carpet.

There are also extracts from V8 Supercars departing Executive Chairman, Tony Cochrane’s emotional speech, after he was honoured by being the latest inductee into the V8 Supercars Hall of Fame.

There will also be snippets from the best of V8Xtra 2012.

10/12/2012
Stay In The Know
Sign up to the Virgin Australia Supercars Championship Newsletter
We use cookies to ensure that we give you the best experience on our website. If you continue to use this site we will assume that you are happy with it.Ok