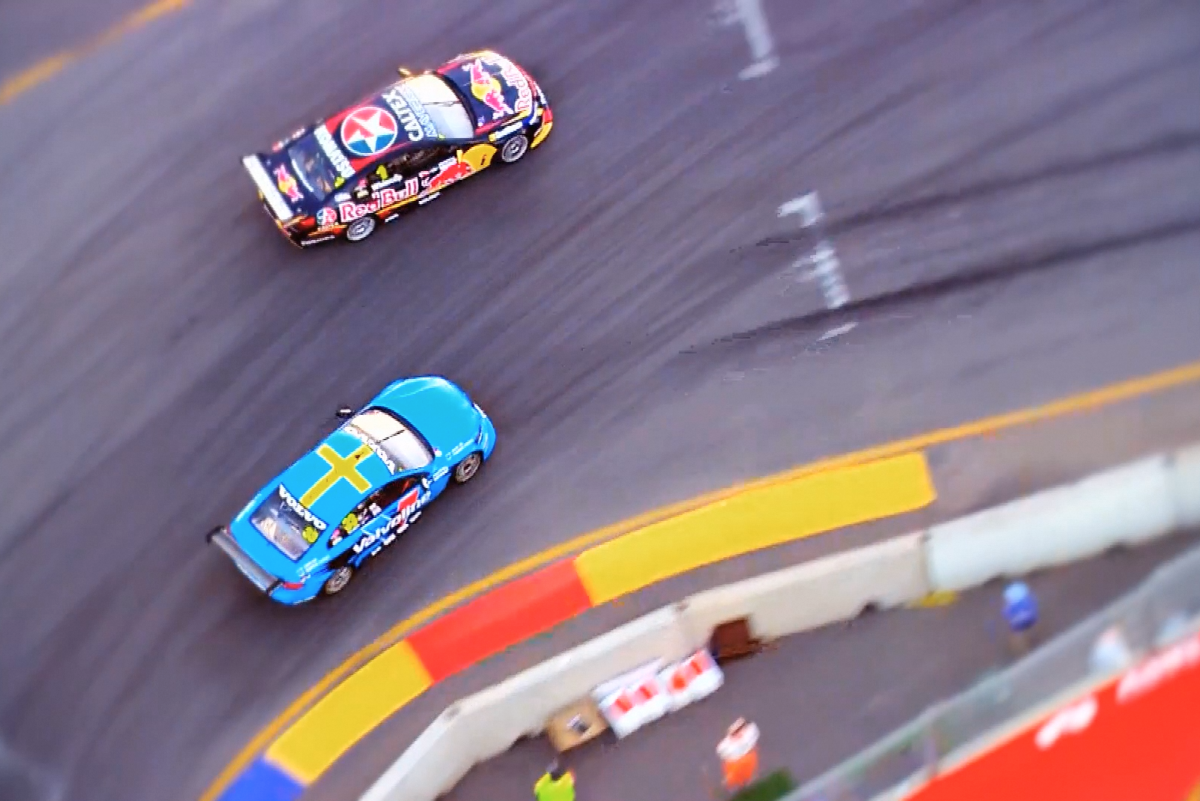 The previous year we'd seen two new manufacturers join V8 Supercars. This year it was just one -Volvo -with young talent Scott McLaughlin behind the wheel.

McLaughlin proved his place in the Championship with wins in his debut season -but taking to the track for the first time in what he affectionately calls his 'blue beast' was always going to raise eyebrows.

Saturday at Clipsal meant two races, a new format, and while Jamie Whincup sailed home in the first -almost looking as if 2014 would be a carbon copy of the Red Bull dominance of 2013- the Volvo S60split he and teammate Craig Lowndes in the closing of the second race.

"It had come down to 10 laps to go and I was sitting a clean third and I remember asking myself the question, should I just run third or should I make this young kid work for his second place?" Whincup said.

The defending Champion and Race One winner got by for second with a handful of laps to go, after a self-admitted "stuff up" from McLaughlin.

"It was a big lunge the outside of the hairpin and we went side by side for three or four corners, which was pretty epic stuff," Whincup said of the late-race battle.

But it was the final corner of the final lap that defined the 125kmrace.

McLaughlin still admits he is not quite sure what happened.

"Honestly I saw Jamie go a little bit deep, I tried to pressure him, I went to the outside, which I thought was a cleaner line to get a better run on the straight," he said, on the pass that scored him second place and started a huge run of popularity after his 'jandal' comment.

"I didn't know what a big deal it was for the fans until I got out of the car.

"I was the happiest person to come second, you'd think I'd won the race. No one expected Volvo to knock off the reigningChampion.

"Honestly, it was amazing."

Whincup didn't appear impressed after jumping out of his Commodore, having believed the young gun had given him a nudge on the way through, until he saw the footage.

"I got all out of control, ran wide at the last corner, and he got through," the #1 said.

McLaughlin and the Valvoline Racing GRM Volvo team have gone from strength to strength since that season opener, going on to their first Championship race win in Perth and McLaughlin sitting seventh in the points standings, despite some teething issues with the S60 and small errors from the young racer.

While Whincup said earlier this year he didn't think the fight between he and McLaughlin would be an ongoing battle, they have been side by side many times.

Was McLaughlin's second place finish your first choice for the best 2014 moment so far?

Vote in our poll and tell us below why you loved the Volvo's pass and the Clipsal 500 Adelaide race.

Jamie Whincup  ›
15' Wilson Security Racing GRM ›
15' Red Bull Racing Australia ›
2014 Clipsal 500 Adelaide  ›
2014 Coates Hire Ipswich 400  ›
Stay In The Know
Sign up to the Virgin Australia Supercars Championship Newsletter
We use cookies to ensure that we give you the best experience on our website. If you continue to use this site we will assume that you are happy with it.Ok