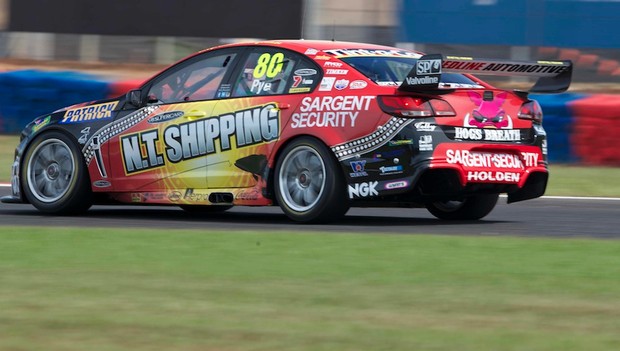 Ekol Racing's Scott Pye has topped the day's third session at the SKYCITY Triple Crown, recording a 1min10.2600 to jump David Reynolds by just 0.0856sec, with just under two minutes to go.

Despite two big accidents early in the season – including a high speed crash at the Tasmania Microsoft Office 365 that saw his Holden Commodore severely damaged and unable to be repaired for the following event – Pye reiterated his confidence had not been shaken and the car remains quick.

Van Gisbergen suffered from gearbox dramas in the earlier Practice Two, but after a quick gearbox change between sessions 'The Gis' moved into the top five on slick tyres.

Craig Lowndes, who set the pace in the previous session, recorded the sixth fastest time.

Maro Engel was the top Mercedes-Benz AMG driver in ninth, with Michael Caruso the fastest of the four Nissans in 16th.

One more session follows this afternoon, with three races – including the two-halved 60/60 Super Sprint tomorrow – to make up the SKYCITY Triple Crown.

David Reynolds  ›
2013 SKYCITY Triple Crown  ›
Stay In The Know
Sign up to the Virgin Australia Supercars Championship Newsletter
This website uses cookies to improve your user experience. By continuing, you will be providing your consent to our use of cookies.Ok