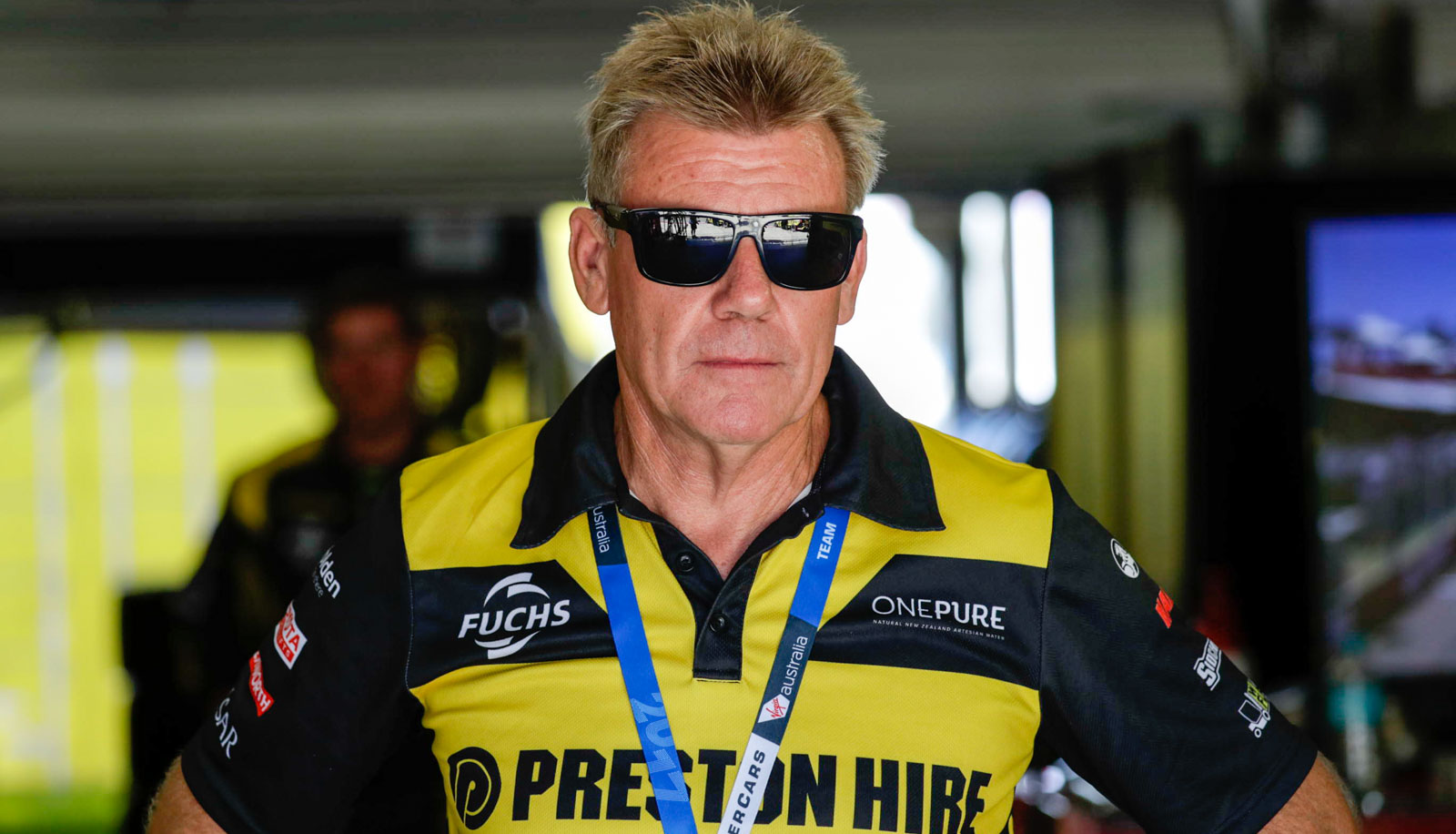 With repairs to the Preston Hire Racing Holden almost complete, Charlie Schwerkolt is itching to get his team back on track at Symmons Plains.

Driver Lee Holdsworth and the Preston Hire squad spent the final three Albert Park races on the sidelines after being taken out by Nick Percat when the South Aussie’s brakes failed.

Schwerkolt’s team initially pushed to have its car back on track for Sunday’s final, but a lack of a replacement rear subframe forced the team to focus on Symmons Plains on April 7-9.

Now almost fully rebuilt, Schwerkolt says there will be no trouble having the car packed by the end of Friday for the boat trip across Bass Strait.

“We’ve repaired the chassis and expect to have the car fully rebuilt by tomorrow morning,” Schwerkolt told Supercars.com.

“All the panels are already on it and the transaxle is in, so it’s just a matter of finishing off a few bits and pieces and packing it in the truck for Tasmania.”

Schwerkolt has suffered a number of significant setbacks since branching out with his own single-car team at the start of 2016.

A major crash at Hidden Valley in June sidelined Holdsworth for three events and forced the squad to source a new car from supplier Triple Eight.

Hopes of resurrecting its year with a strong Bathurst were then crushed on the opening lap due to an engine failure.

Holdsworth struggled for speed during the 2017 season opening Clipsal 500, but had charged from the back of the field to be running 11th when disaster struck at Albert Park.

Refusing to be discouraged by the misfortune, Schwerkolt insists there are plenty of positives to focus on ahead of the trip to Tasmania.

“You can’t give up. You’ve just got to look at the positives and keep going,” he said.

“We actually took a fair bit out of the weekend that means we’ll be very optimistic going to Tassie.

“Before the crash we had very good pace. Lee had made up a lot of places coming from the back.

“It’s the first time in a couple of years that we’d been able to deliver a car that Lee could really attack with.

“The crash was obviously a blow but we’ll be hoping to continue where we left off when we get to Symmons Plains.

“Our car was very good there last year too, so we’re looking forward to seeing what we can do.”

Holdsworth qualified in the top five for both races at Symmons Plains last year in the team’s most competitive outing to date.

Brad Jones Racing is also on schedule to have Nick Percats' car back on track for Symmons after it suffered roll cage damage in the Albert Park hit.