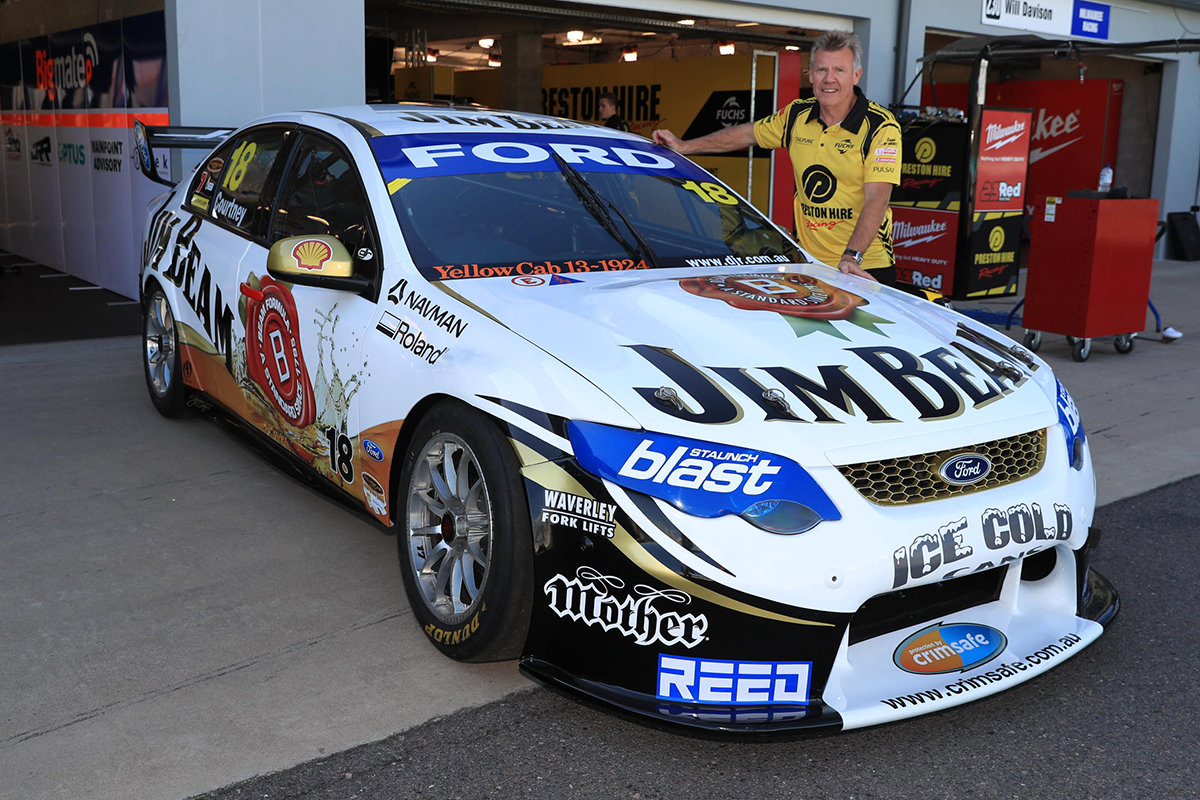 Schwerkolt has bought the car from a private collector and has it on display at the Reid Park Circuit this weekend, nine years after it won the inaugural Townsville 400's Sunday race.

The forklift magnate was a co-owner of DJR during its tumultuous 2010 campaign, but fell out with Johnson and went his own way at season’s end.

Schwerkolt attempted to buy the Falcon from DJR at the end of its racing life in 2012, but was oubid by a private collecter, before snapping it up when it recently came on the market.

It is now one of two DJR Falcons in Schwerkolt's collection, alongside the BF model in which Will Davison scored a drought-breaking victory for the squad at Eastern Creek in 2008. 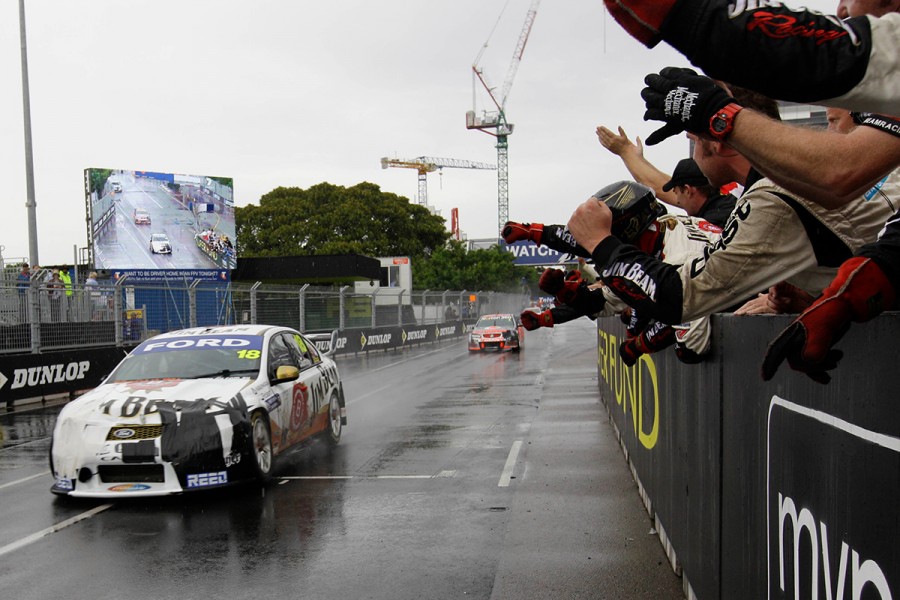 Courtney won the 2010 title in a dramatic finale

“There’s a lot of history with this car, it was a big part of my life,” Schwerkolt told Supercars.com.

“That 2010 season was an amazing rollercoaster of highs and lows, turmoils, triumphs and ultimately the championship.

“It was a really, really big year and after that we all moved on. Dick has gone his way and I’ve gone mine, but I always thought that one day I’d like to buy the car.”

Schwerkolt posed for photos in Townsville with the car, Courtney and the now Nissan Motorsport manager Scott Sinclair, who was the #18 Ford’s engineer in 2010.

“We are still close. Winning a championship is a special thing and you keep in contact with those sort of people,” said Schwerkolt of the engineer and driver.

“I never really celebrated the win properly because of all the turmoil, so it’ll be good to be with all those guys again and do it 10 years later.”

Schwerkolt took one of DJR’s two Racing Entitlements Contracts as part of his divorce from the team at the end of 2010.

The REC was leased back to DJR for two seasons, before Schwerkolt started his Team 18 operation for 2013. 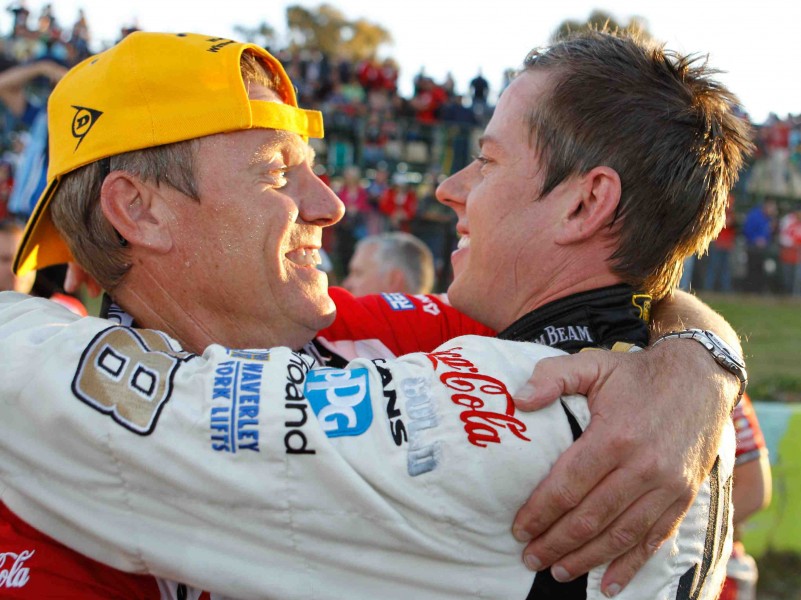 After two years based at Tickford Racing and then one at Walkinshaw Racing, Team 18 became its own entity in 2016, running a single ex-Triple Eight Holden out of Melbourne.

“It’s nice to have your own show, your own race shop and personnel, not associated with anyone,” said Schwerkolt, whose driver Lee Holdsworth is 21st in the standings.

“However there’s penalities with that and we’re not getting the results we need at the moment, but I hope we can turn it around.

“We’re confident of getting over our front bar issues and moving forward. Fingers crossed we are on the way forward.”

The team’s name and car number ensures a direct link back to Schwerkolt’s DJR days and that title-winning season.

Splitting DJR’s #17 and #18 numbers was a polarising move among fans at the time, but Schwerkolt says he has no regrets.

“I could have changed it, but I liked the number and it always meant good luck to me. I don’t regret doing that.”