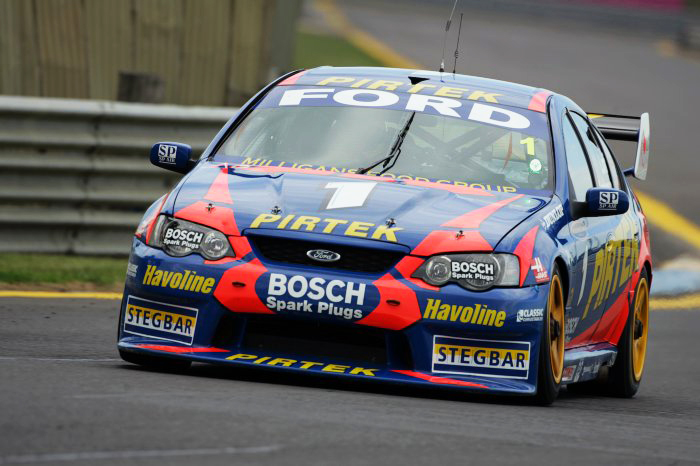 The Stone Brothers Racing BA2 chassis is at the Matt Stone Racing workshop in Yatala, currently more or less still as a shell.

Jimmy will take the lead on returning it to its full glory, as seen in their 2003 and ’04 championship seasons with Ambrose.

There are plans to do the same for Ingall’s Ford that won the title the following year, too.

“We are going to get it going this year, that’s for sure,” he told Supercars.com.

“Ross and I own this car and BA3, which is the [Russell] Ingall championship-winning ‘05 car. We now need to get them together.

“We never had enough money in our days to ever leave one car together and build a new one, so we always had to rob all the bits off it and now I’ve got to get to work to put it back into a complete car.

“The trophies are all upstairs in boxes and it would just be nice to get the car and the trophies all back together again.”

He expects the Ambrose project to take six months.

The news comes as Ross Stone Racing announced it will not race in any 2020 events as its focus shifts to the Ambrose and Ingall Falcon rebuilds.

“We’re thrilled to have finished 2019 on such a special note with a championship win,” read a statement on the team’s social media channels.

“We hope teams and drivers have a wonderful and safe year competing in all forms of motorsport and the fans and spectators are thoroughly entertained.”

20/01/2020
Stay In The Know
Sign up to the Virgin Australia Supercars Championship Newsletter
We use cookies to ensure that we give you the best experience on our website. If you continue to use this site we will assume that you are happy with it.Ok