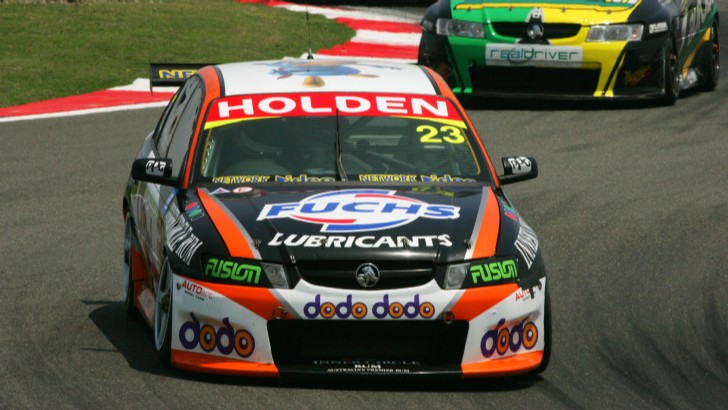 IT'S hard to believe that 10 years ago Jamie Whincup had only just landed back into a full-time drive in the V8 Supercars Championship after a year spent sitting on the sidelines.

Now a six-time champion and again the points leader in 2015, Whincup was able to prove his wares in a Dodo-backed Commodore for Tasman Motorsport a decade ago that that helped pave the way to Triple Eight and the rest, as they say, is history.

But what happened to that car that he used to launch himself back into the V8 Supercar big time? 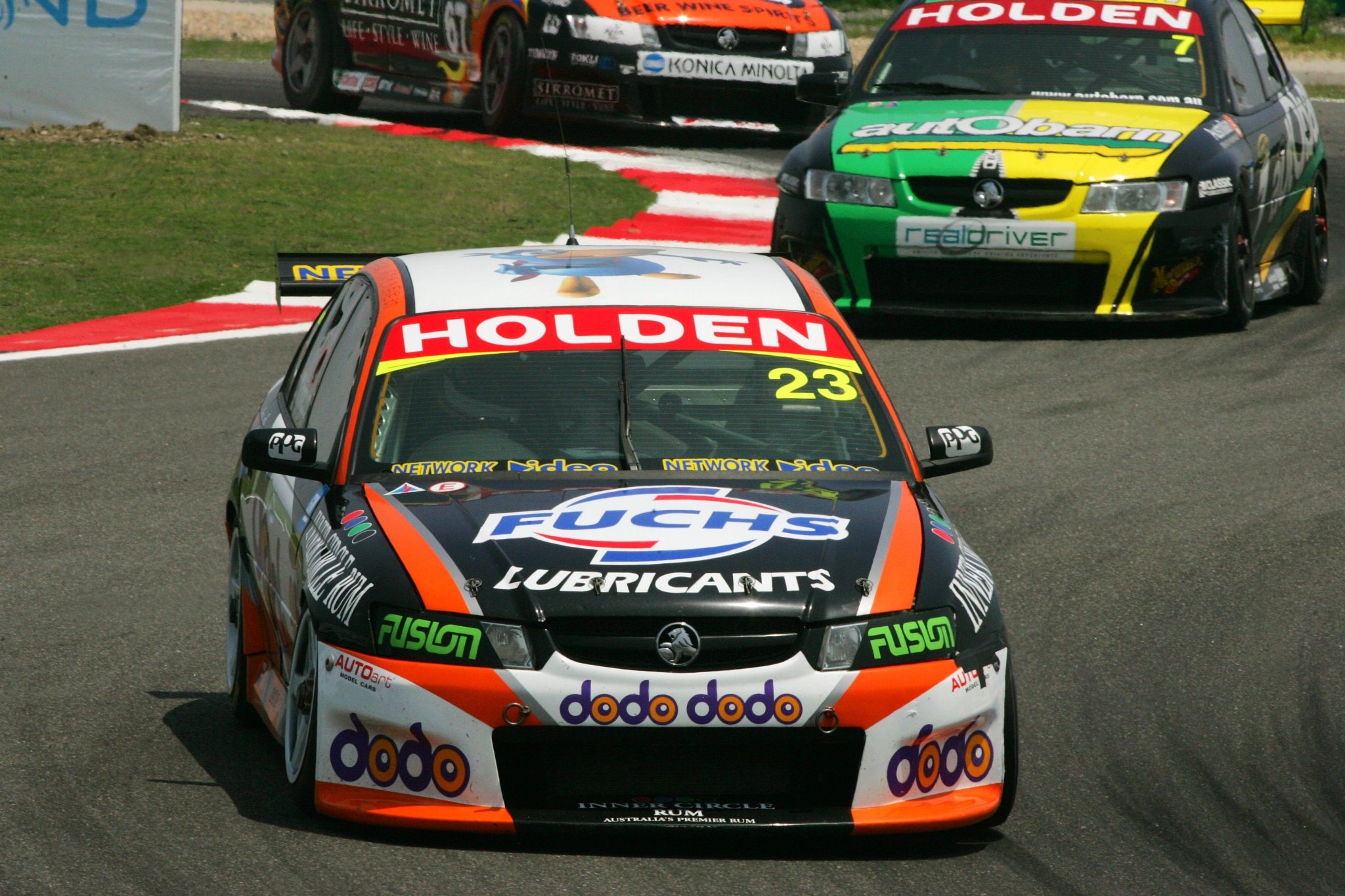 Some eagle-eyed V8 Supercar fans at this year's Australian Grand Prix at Albert Park spotted a #23 Dodo car on display that looked like the ex-Whincup car and contacted the V8 Sleuth.

It sure looked like a V8 Supercar and the colour scheme indeed was the same as Whincup had carried at the same venue 10 years earlier - but was it the real car?

We can confirm - absolutely it is!

The great news is that the ex-Whincup car recently was purchased by Francois Habib in Melbourne, who has had the team at SignZone put it back into the familiar livery under which the now champion raced it in 2005. 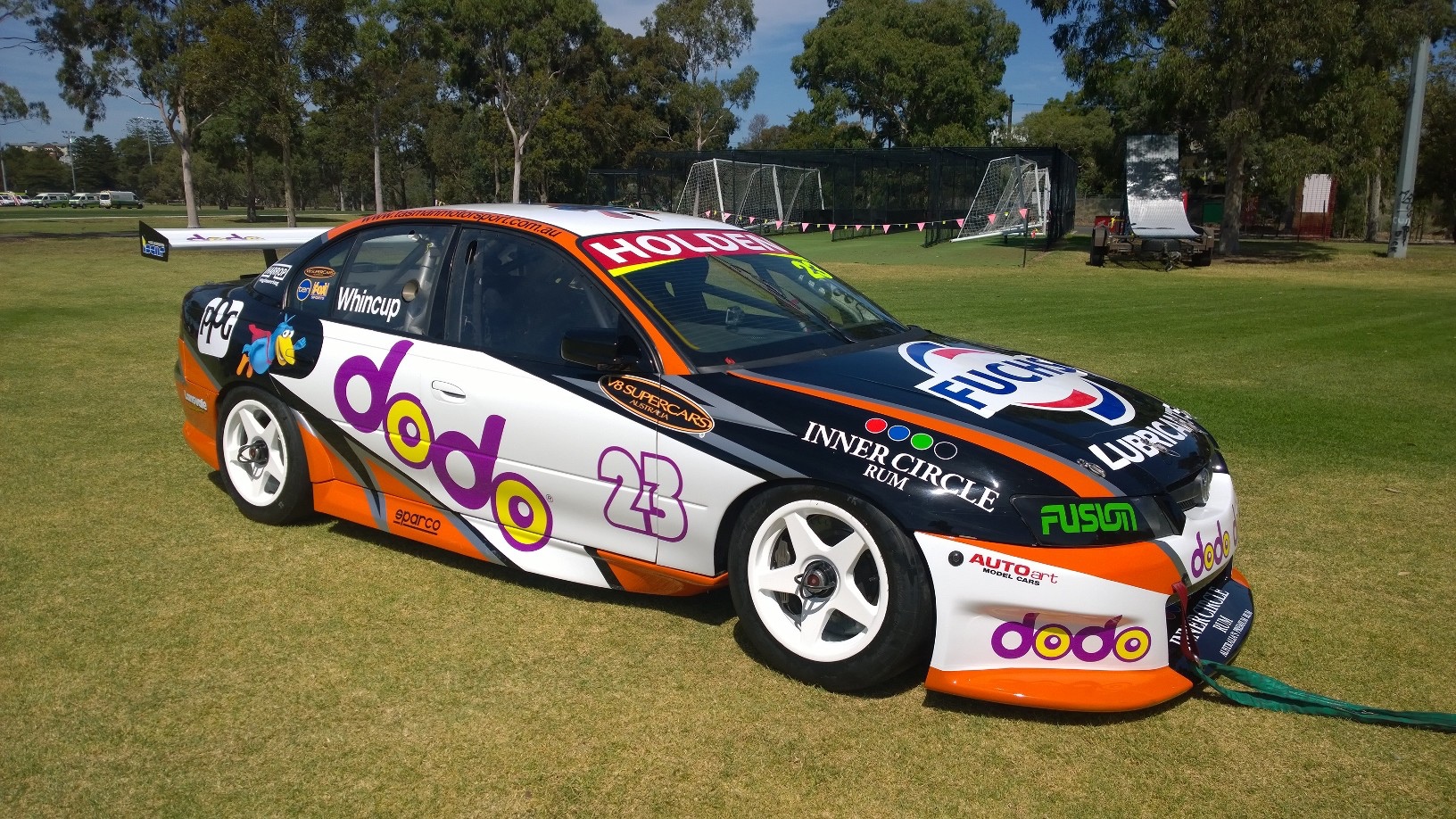 The car we're focusing on today on Saturday Sleuthing was actually one that Whincup had tested the year before he even raced it.

Built by Tasman Motorsport using an Acott Race Craft chassis when it was based in Sydney (remember it had been born out of the former privateer Lansvale Smash Repairs team) in 2004, the new VY Commodore had been given its racing debut by Jason Richards at Queensland Raceway.

The late Kiwi drove it for the remainder of the season in Tasman's unique orange and black livery and had countryman (and then Porsche Carrera Cup Rookie) Fabian Coulthard join for the Sandown and Bathurst enduros.

But Coulthard wasn't the only driver under consideration - Whincup was as well. In fact, both tested the car at Oran Park with the former given the nod to race the car in the two big enduros. 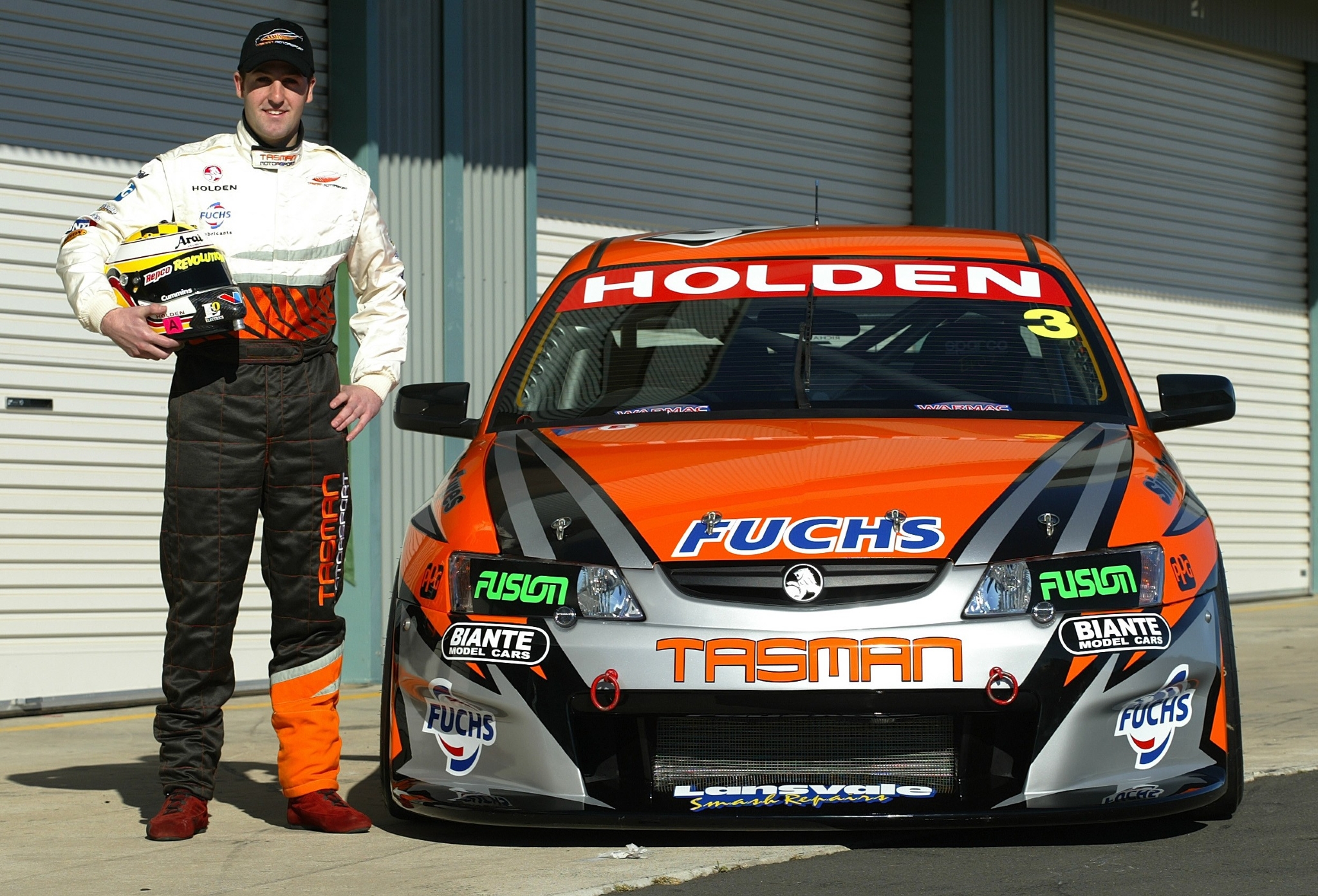 The Tasman Motorsport team expanded to two cars for 2005 and moved south to be based in Melbourne and, despite having been overlooked a few months earlier, Whincup was given the drive in the second car.

Ironically, the #23 Dodo Commodore he was given to drive was the same car he'd tested just a matter of months earlier, while Richards was given a new chassis. 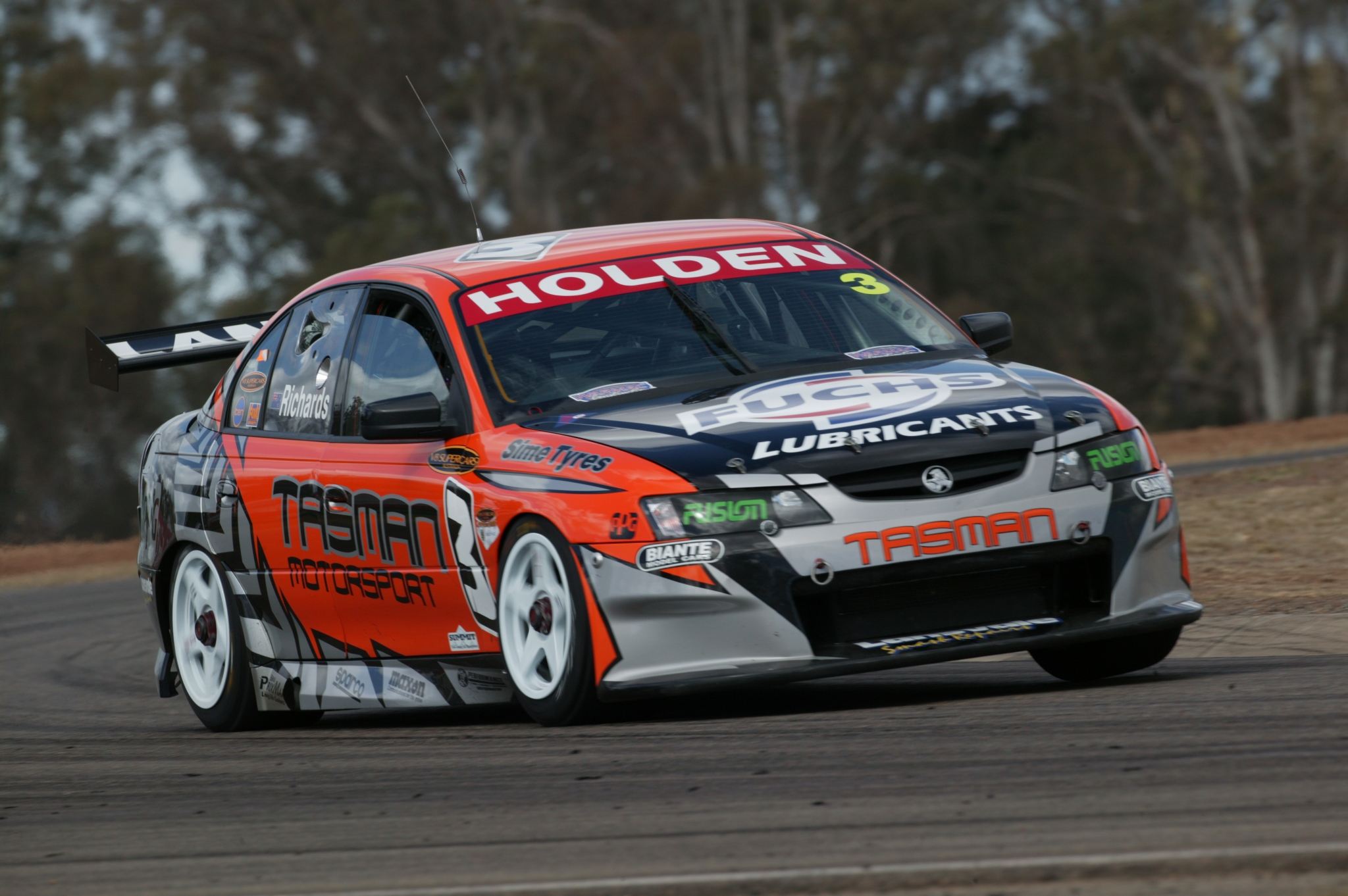 Whincup raced the ex-Richards car for all of the single driver rounds in 2005, impressing on various occasions, none more so than in the category's one and only visit to Shanghai, China, where he qualified in the Top 10 Shootout and narrowly missed the podium and was fourth overall for the round.

Coulthard returned to Tasman for the enduros and shared the #23 entry with young rookie Tony D'Alberto at Sandown and Bathurst before it reverted to Whincup to complete the season in.

With Whincup electing to move to Triple Eight, a shootout test was held at Winton to determine his replacement in the #23 car.

Andrew Jones (who ultimately scored the drive), Luke Youlden and Nathan Pretty were all given laps, as too was young Formula Ford racer John Martin.

Jones then piloted the car in 2006 with Tasman adopting a rotating sponsor program across its entries, which were highly distinctive that season by their increase in orange on the liveries! 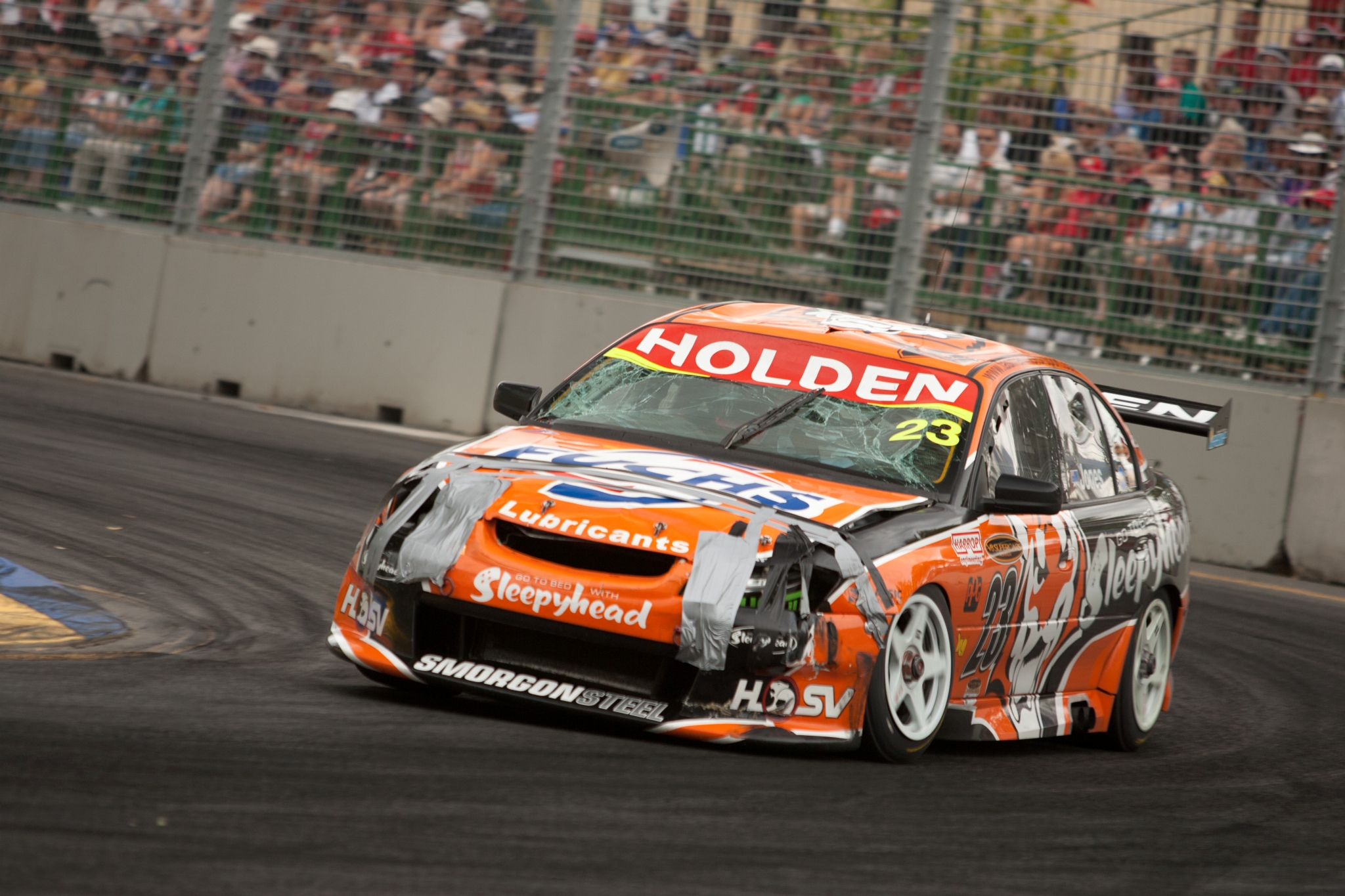 Jones drove this chassis through to the endurance rounds before Owen Kelly and Mark Noske took it over at Sandown and Bathurst.

It would get one more V8 Supercars Championship start on the Gold Coast before the running gear was removed from it and placed in a new Commodore chassis debuted by Richards at Symmons Plains with Jones moving into the ex-Richards car.

It then sat idle as a spare chassis at Greg Murphy Racing in 2007 for its Dunlop Series program, returning to the track in 2008 in the DVS run by GMR for now-Porsche Carrera Cup driver James Bergmuller. 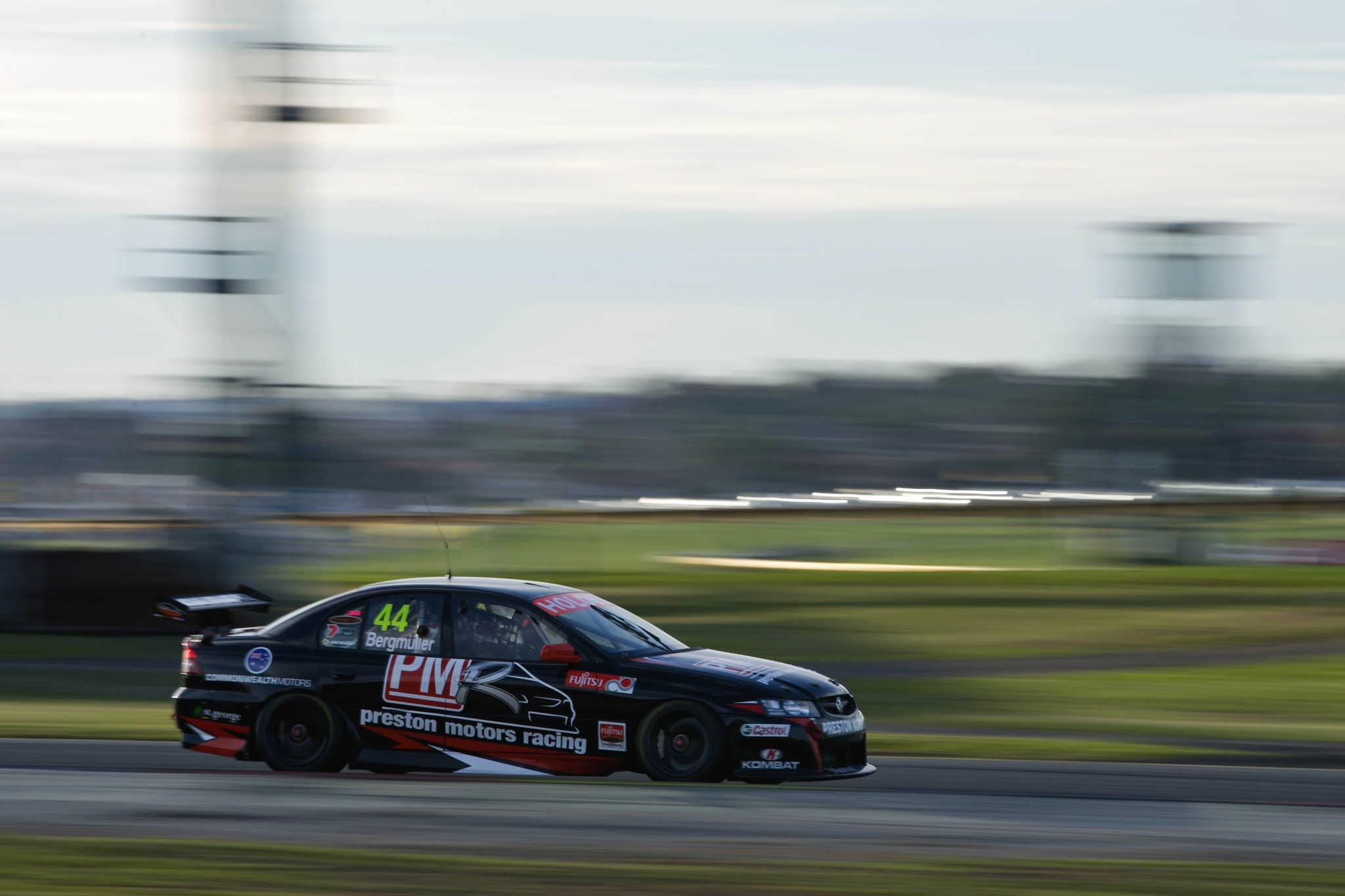 Habib intends to use the #23 Dodo Whincup Commodore for track days and the like in the future - it's great to see these cars from V8 Supercar history back in their original colours!

Saturday Sleuthing takes a break next week for the Perth SuperSprint but will be back on May 9 featuring a car from Aussie touring car racing history with a close connection to Winton and its 30th anniversary of the first Australian Touring Car Championship race at the circuit in 1985.

To visit the V8 Sleuth's website:http://www.v8sleuth.com.au

Ambrose: "I offered to drive"

No chassis change for Shane

23/04/2015
Stay In The Know
Sign up to the Virgin Australia Supercars Championship Newsletter
We use cookies to ensure that we give you the best experience on our website. If you continue to use this site we will assume that you are happy with it.Ok