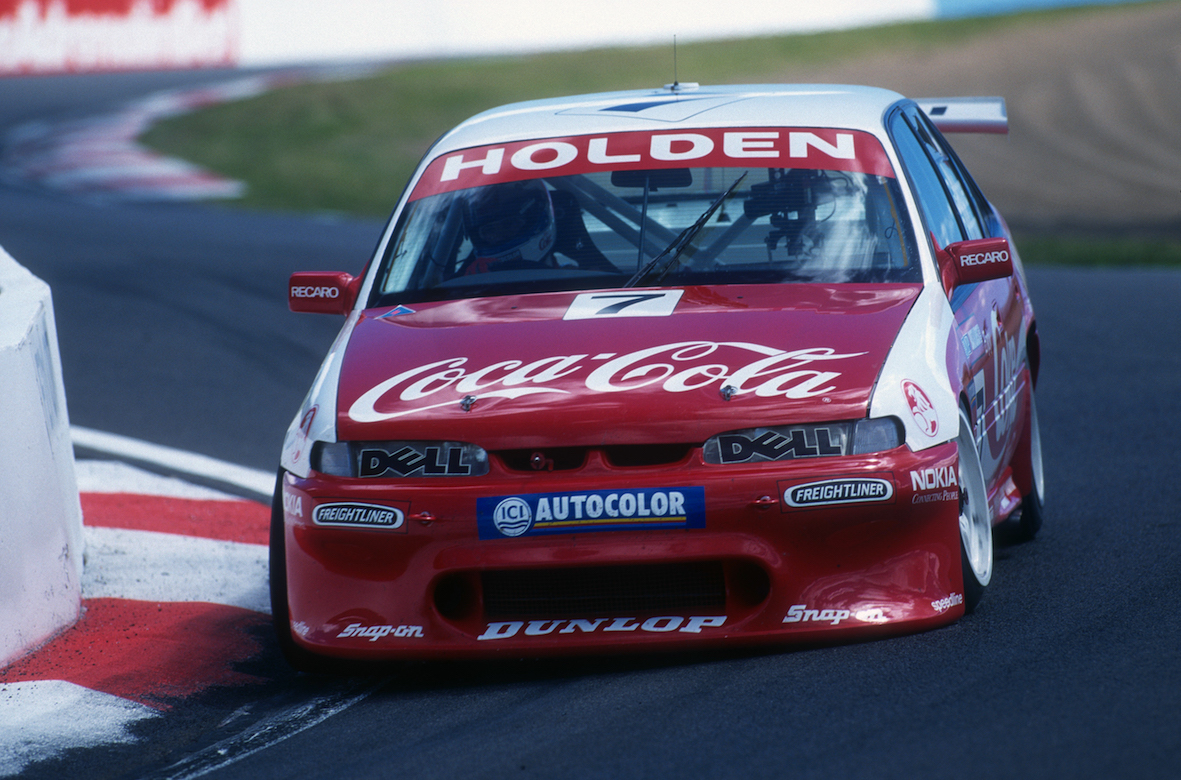 Now that the Virgin Australia Supercars Champion has been crowned for 2016 you’d think it was time to relax and unwind before hostilities recommence in 2017 – but not so for the V8 Sleuth!

As we pondered the positioning of the sun lounge for summer and the festive season already beginning to unfold, an email dropped into the Sleuth inbox from supercars.com.au reader Michael Brockway who had a query about an interesting car from Supercars history.

“Some mates and I were discussing that famous photo of Wayne Gardner in the Coke Commodore on two wheels at the AGP (Australian Grand Prix) a few years back and were wondering if he ended up tipping the car over and whatever became of it?”

It’s a very good question and indeed the history of that car is interesting with a restoration project currently underway to bring it back to life.

The short answer is no, the 1987 500cc World Motorcycle Champion Wayne Gardner did not roll over his Coke Commodore on said day at Albert Park, but we’re happy to report that the car itself has lived on.

The car Michael has emailed about is WGR3, the third and final Commodore built by Wayne Gardner Racing in Sydney.

It was built new in 1996 and made its racing debut as the #7 Coca-Cola car for Gardner and team-mate Neil Crompton in the ‘96 Tickford 500 endurance race at Sandown. It was built using a Dencar body shell and featured a RED Engine prepared by Rob Benson.

The duo finished seventh on debut in the car at the Sandown enduro, this coming at a time when control tyres were not part of Supercars racing. The Coke team’s Dunlops simply were no match for the Holden Racing Team’s Bridgestone tyres and car speed.

Gardner and Crompton qualified fifth at Bathurst and finished fourth, one lap down on the winning HRT car of Craig Lowndes and Greg Murphy. 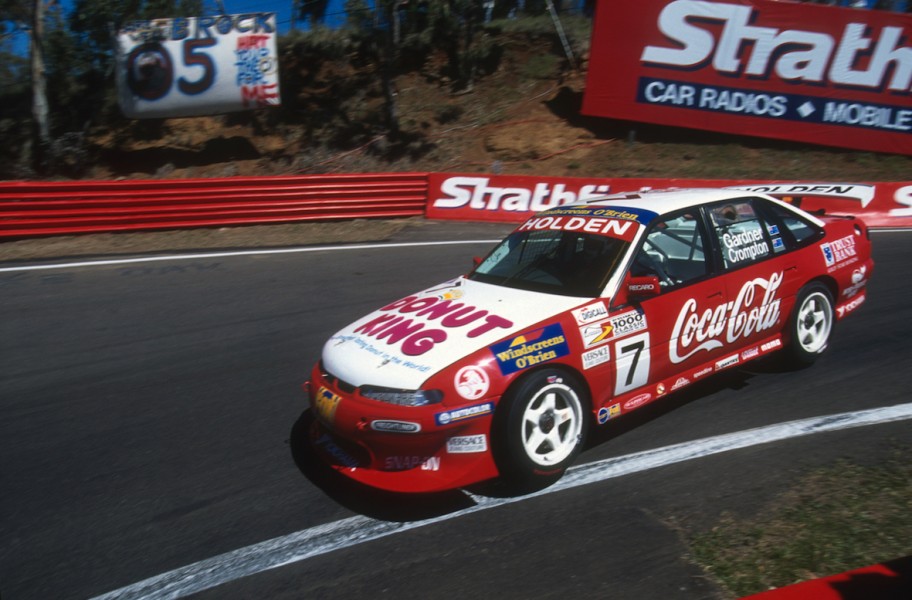 The car remained with Gardner for the 1997 season still as car #7 though updated from VR to VS specification with the new VS front spoiler noticeably different from the VR with its deeper scalloping.

An even bigger change for the car, team and driver for the new season was the fact that WGR moved to Yokohama tyres for the ’97 season after three seasons running on Dunlops.

Gardner used WGR3 to win the opening round of the 1997 Shell Australian Touring Car Championship run under lights at Melbourne’s Calder Park.

This was Gardner’s one and only round win in the ATCC and the first recorded win in the then-new V8 Supercar era of the championship.

Other than that though, WGR3 had a frustrating remainder of that season. The car was damaged at Symmons Plains after a clash with Russell Ingall, which meant Gardner was forced to drive an older spare chassis for Winton and Eastern Creek while WGR3 was repaired.

Crompton, who had spent most of the year racing in the United States and narrowly missed out on being crowned North American Touring Car Champion, again shared the car with Gardner for the enduros.

The duo was again very competitive at Bathurst although an engine blow-up put them out of the race while they were leading – certainly a case of ‘what could have been’ for both drivers, who ultimately never won the 1000-kilometre classic at Mount Panorama.

Gardner’s team closed down at the end of the season, though he retained one of his older VS Commodore chassis to use in the endurance races in 1998. He elected to sell WGR3 – his newest car – to former speedway racer and now Prodrive Racing Australia co-owner Rod Nash, who ran the car in a plain white livery as the #55 Highlift Commodore for the early part of the ‘98 season.

Later in the season the car ran in Autopro colours and in fact had a rollover in qualifying at Forrest’s Elbow at Bathurst that year where Formula Holden pilot Darren Edwards had been signed as co-driver. 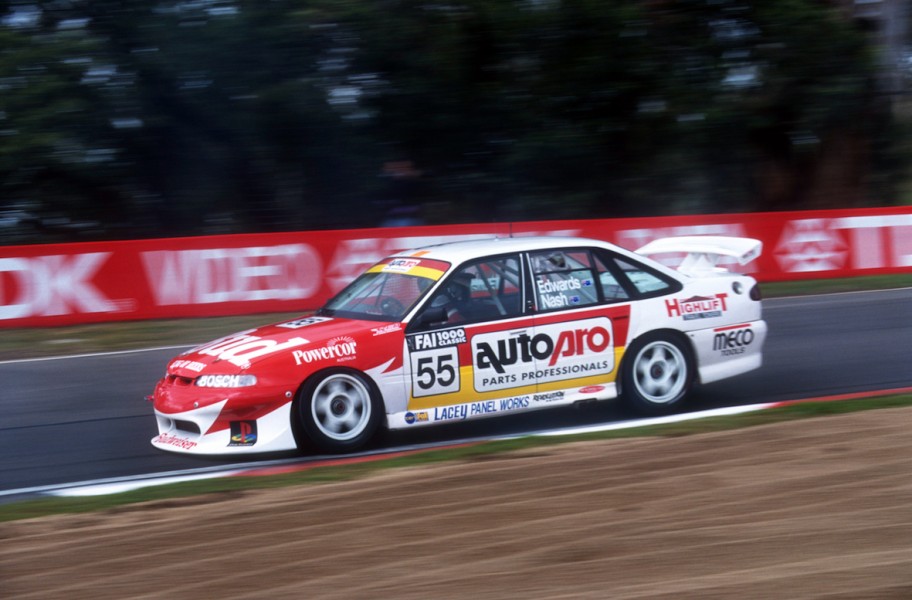 So while Gardner had nearly rolled the car at Albert Park in 1997, Nash actually did about 18 months later!

Nash again raced the car in the first part of the 1999 Shell Championship Series before replacing it with a new VT Commodore late in the season.

WGR3 was on the move again in 2000, this time sold to the Lansvale Smash Repairs team in Sydney to be driven as car #3 by Trevor Ashby when the Lansvale team expanded to two cars.

Later that year it was run as car #23 at Bathurst with Phil Scifleet and Geoff Full responsible for the steering and that was its last race outing.

It sat idle for many years before being sold to Robert Tebb in 2012 and early in 2014 it was sold again, this time being purchased by Heritage Touring Car regular Jeff Trembath who intends to get the car running again and restore it to WGR Coca-Cola colours.

In addition to the Coke Commodore he also owns the Warren Cullen team VC Commodore that 1980 Formula 1 World Champion Alan Jones shared with Cullen at Bathurst in 1981.

Although the restoration of the Coke Commodore is a long-term project, Trembath intends to run the car in Australian 5-Litre Touring Car Association events when it’s complete – we can’t wait to see this great race car back in its original Coke colours on the track at speed!

Saturday Sleuthing returns next week for the final time in 2016 as we bring you a story covering the history of a car that Chaz Mostert had a brief taste of earlier this year at Sandown – the former Steve Ellery Supercheap Auto Falcon AU.

07/12/2016
Stay In The Know
Sign up to the Virgin Australia Supercars Championship Newsletter
We use cookies to ensure that we give you the best experience on our website. If you continue to use this site we will assume that you are happy with it.Ok