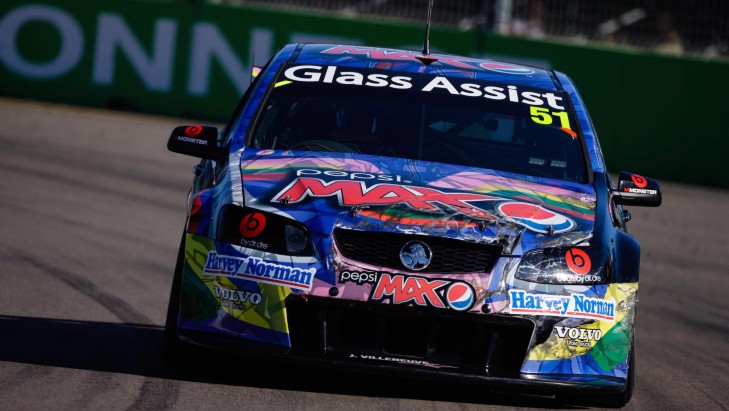 Next weekend will see the V8 Supercars rocking and rolling their way through Reid Park in Townsville for the Castrol EDGETownsville 400 and Races 16 and 17 of this year's V8 Supercars Championship.

Three years ago the event received a big boost in its lead-up with the announcement that 1997 Formula 1 World Champion and 1995 Indianapolis 500 winner Jacques Villeneuve would fill-in for the injured Greg Murphy.

The French-Canadian, whose resume also included the 1995 IndyCar championship, was no stranger to V8 Supercars having co-driven with Paul Dumbrell at the first international driver format Gold Coast 600 in 2010.

He slipped behind the wheel of the #51 Pepsi Max Crew Commodore run by Kelly Racing and all eyes were on the veteran of 163 F1 Grand Prix starts.

Not many people would have realised it at the time, but the car he was driving had already had something of an interesting life and played host to a range of top line Australian and international pilots before and after Villeneuve. 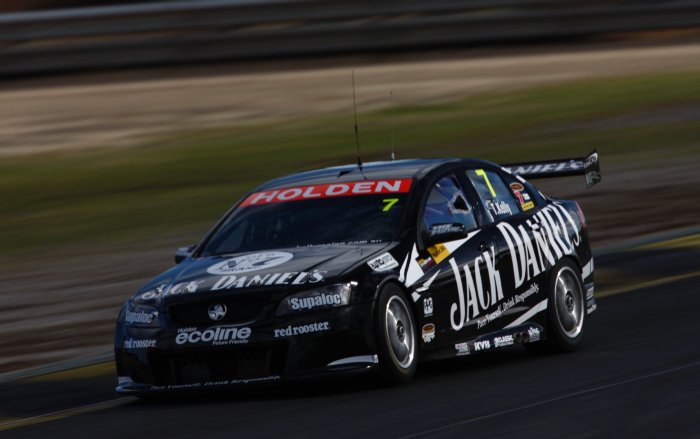 It was one of the cars raced in the foundation year of the Kelly Racing team - these days known as Nissan Motorsport.

Chassis PE 049, it was Todd Kelly's #7 Jack Daniel's Commodore in that season though it was rested for the Phillip Island and Bathurst endurance races.

A crash in Perth in the penultimate round of the championship - where Kelly was t-boned by Lee Holdsworth - caused enough damage for him to be forced into a spare car for the Sydney 500.

This chassis was repaired for the 2010 season and became the #11 Rock car of new team signing Jason Bargwanna. 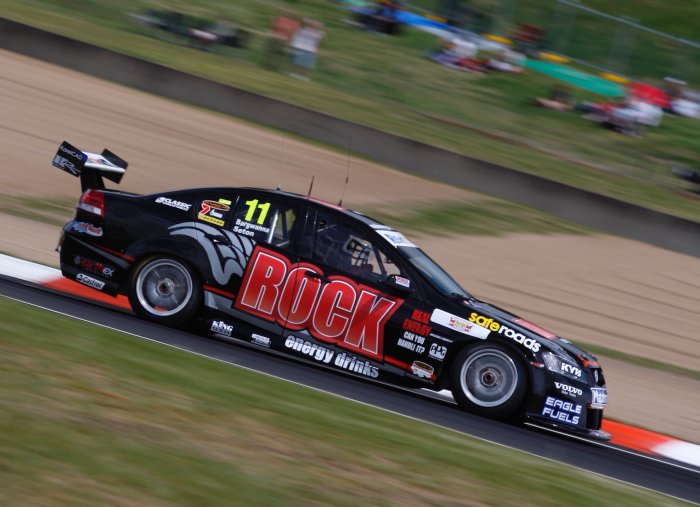 The 2000 Bathurst winner drove it all season and had Glenn Seton along as his co-driver for the endurance races.

Sadly, driveline problems sidelined them at Bathurst in what turned out to be Seton's 26th and last attempt at the October classic that eluded him.

Canadian IndyCar pilot Alex Tagliani co-drove with Bargwanna on the Gold Coast before 'Bargs' rounded out the season in the car, which was actually updated from VE to VE II specification earlier in the year in time for the Phillip Island 500.

The car remained the #11 Commodore with Kelly Racing in 2011 however it became the Pepsi Max Crew car with four-time Bathurst winner Greg Murphy behind the wheel. 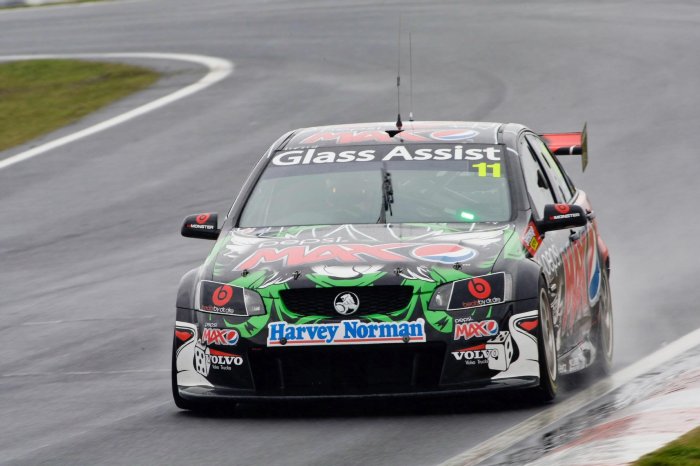 The car's clear highlight that season came in October at Bathurst where Murphy claimed his second pole at the Mountain and he and the late Dane Allan Simonsen finished third to give the Kelly-run team its first podium result in The Great Race.

Corvette GT factory driver Oliver Gavin did a great job as Murphy's co-driver on the Gold Coast in a car that changed liveries all season.

More eye-catching liveries followed in 2012 with Murphy again behind the wheel though the season didn't start well when he ploughed into the slow-moving Jonathon Webb during qualifying in Adelaide. 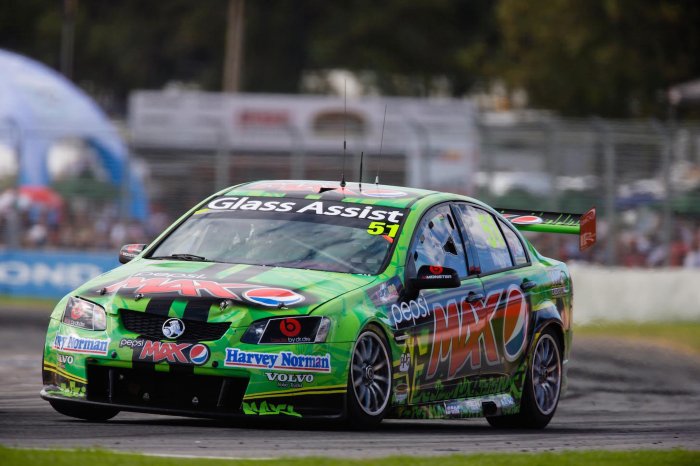 An ongoing back injury forced Murphy to step aside from the repaired car, opening the door for David Russell to drive PE 049 at Symmons Plains and Hidden Valley before Villeneuve made his Townsville appearance.

That North Queensland appearance rolled over into Villeneuve also driving the car at Queensland Raceway and Sydney Motorsport Park before Murphy re-took its controls for the Sandown and Bathurst endurance races with Owen Kelly as his co-driver.

Lanky Brit Justin Wilson became the car's next Gold Coast 600 co-driver that year and that in fact was the last time the car appeared as a Pepsi Max Crew machine.

The car reverted to Kelly Racing stablemate Karl Reindler for the next round in Abu Dhabi at the Yas Marina Circuit, becoming the #11 Fair Dinkum Sheds Commodore.

However a multiple car accident in the final race on Sunday - that also resulted in some fire damage - sidelined the car for the remainder of the season.

It found a new home competing in the Dunlop Series in 2013 when the Kelly team moved to Nissan Altima Car of the Future-specification cars and was sold as a bare shell with parts to be re-assembled.

PE 049 returned to the track in the DVS that year in Townsville with Aaron Tebb at the wheel however it was involved in a crash and hasn't raced since.

It remains as a stripped chassis with no instant plans for restoration, however one day it will be rebuilt and run again.

It's a car with some impressive history in addition to Jacques Villeneuve's time behind its wheel.

The fact it was the last Perkins Engineering-built car is important, as is the fact it was Glenn Seton's last Bathurst 1000 entry, but also the list of impressive local and overseas drivers to have spent time behind its wheel.

Hopefully one day we see it back in the multi-coloured Pepsi livery - of which there will be many to choose from! 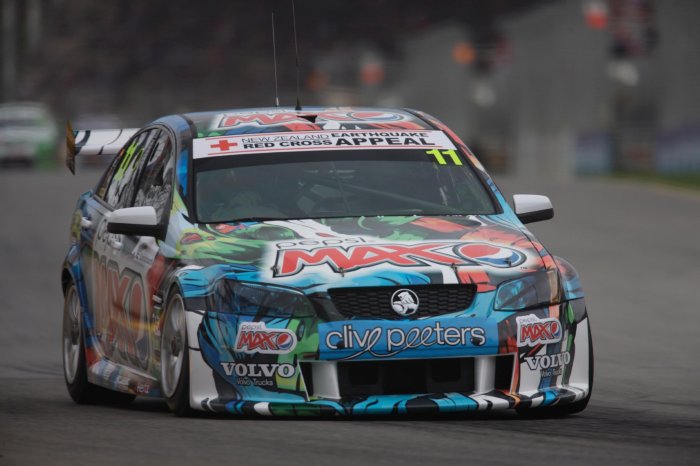 Saturday Sleuthing will take a break next week as the Castrol Edge Townsville 400 is held but will be back on v8supercars.com.au on Saturday July 18.

Soft tyre race to remain on Saturdays at SuperSprints

Percat looks to the future

Bright to run number 500 for Townsville

01/07/2015
Stay In The Know
Sign up to the Virgin Australia Supercars Championship Newsletter
We use cookies to ensure that we give you the best experience on our website. If you continue to use this site we will assume that you are happy with it.Ok