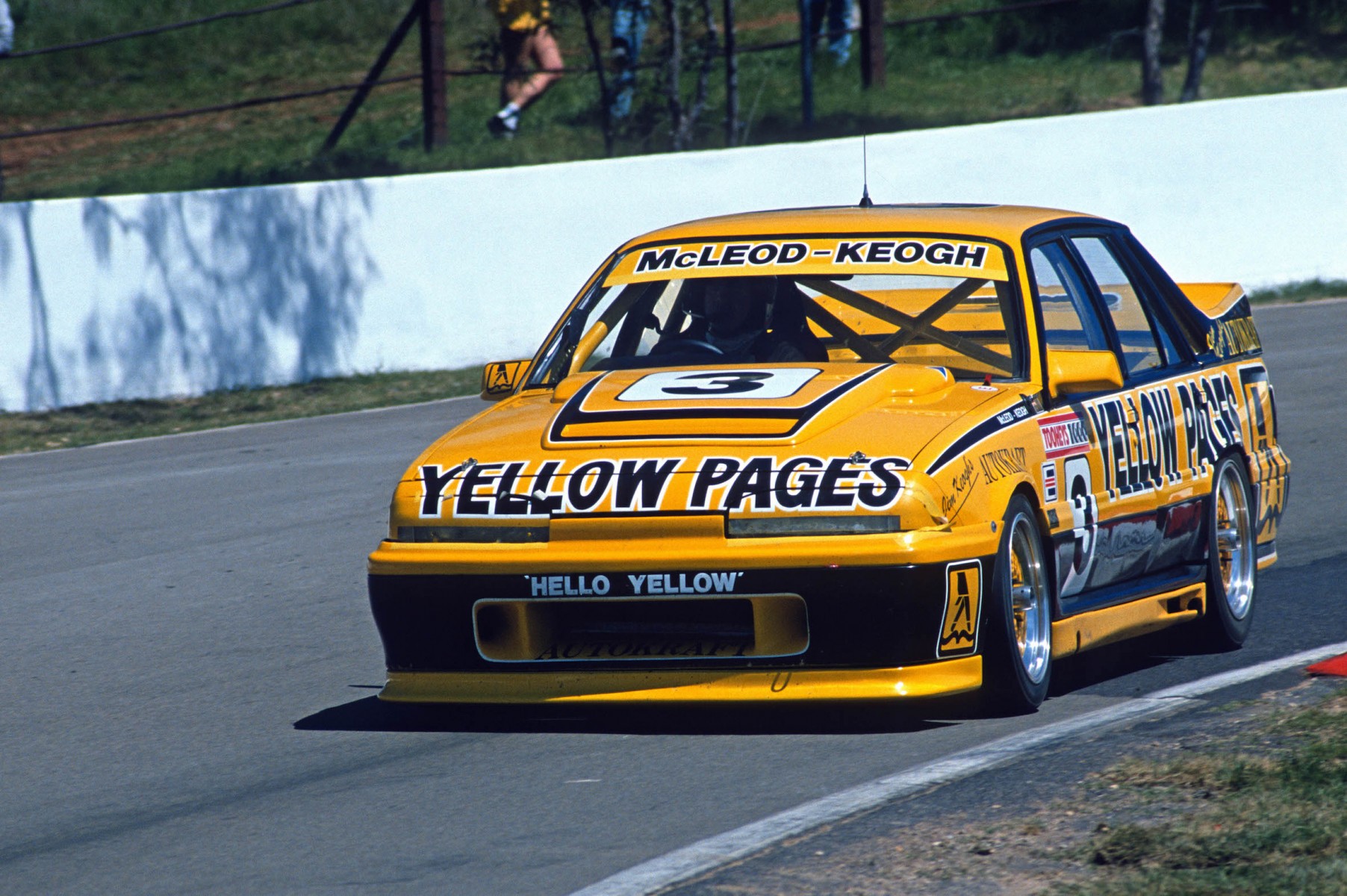 Generally in our Saturday Sleuthing stories we focus on the histories of racing cars from the Supercars era of touring car racing in Australia, but occasionally we wind back the clock to focus on race cars of yesteryear and today’s story is one of a nice reunification between driver and car.

Peter McLeod is perhaps best known for winning Bathurst in 1987 as part of Peter Brock’s Mobil HDT squad, but he also enjoyed a long and successful career in motorsport and paved the way for sons Ryan and Gerard to also become involved both behind the wheel and in workshops across the country.

Recently - through the power of social media - McLeod was re-united with his old Group A Commodore, a car that had started its life as a rental car bought at auction (true story!) and been his weapon of choice for three Bathursts in the mid-to-late 1980s - fans perhaps remember it best as the Yellow Pages Commodore in 1988.

So, we figured today was a great chance for us to fill in some of the history of the ‘rental car that became a racer’! 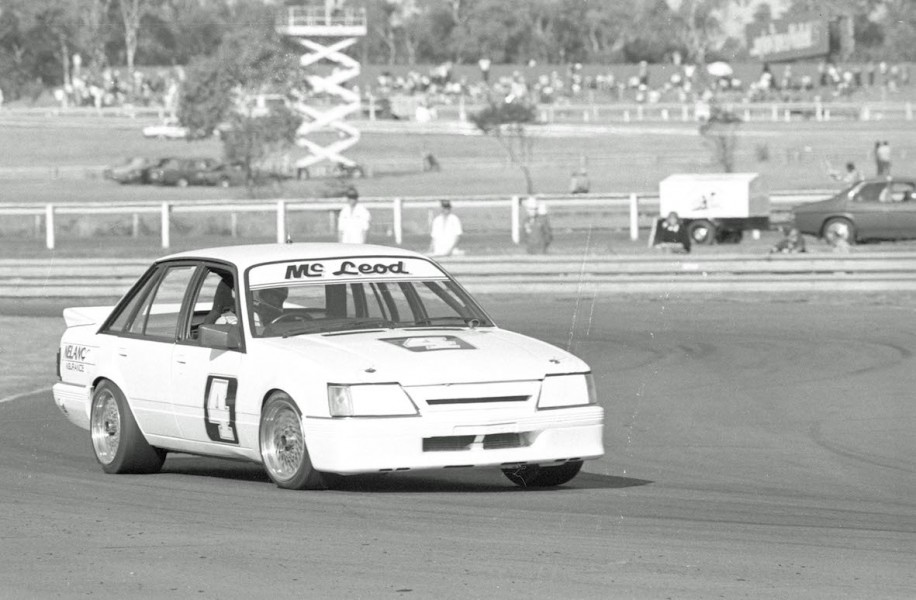 “Someone had told me about the car and my son knew about it and rang me up,” says McLeod.

"He’d never actually seen one of my old race cars and the guy with it had been in touch with me for some info years and years ago, so we went up and had a look at it.

“It was good to see it. I hadn’t seen it for years - the last time would have been when Matt Wacker had packed it up and drove it away in the truck when I sold it all!

“It was one of the leading and best Commodores in the pack for 1985, 1986 and even into 1987. It was the best-looking Walkinshaw car. They (the fuel-injected ‘Walkinshaw’ model) weren’t really attractive as racecars but I spent a lot of time designing the livery and it came up stunning.” 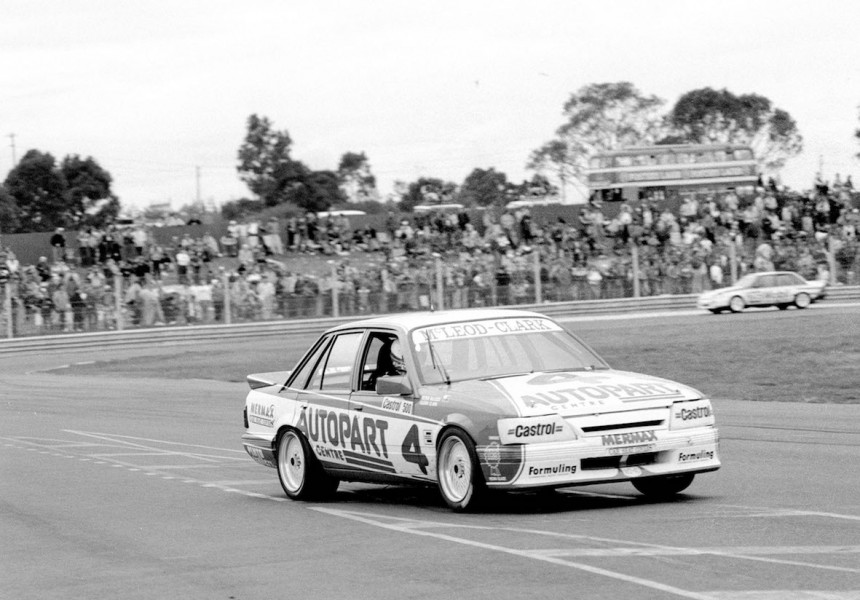 McLeod had been a Mazda racer in the early 1980s, his yellow Slick 50-backed RX-7 a familiar sight around the country. In it he actually won the 1983 Australian Endurance Championship and finished third in the 1984 Australian Touring Car Championship behind Dick Johnson and Peter Brock.

However, the introduction of international Group A rules meant the Group C-spec Mazda was no longer eligible (in fact, he raced it in Sports Sedans during ’85) and decided to build up a Commodore for Bathurst 1985.

“I had a car dealership and was always at the auctions, so I bought the cheapest VK on the day, sold everything from it and freighted the rest up to Peter Pattenden at Precinct Performance in Gosford. Peter has sadly passed away, but he was one of the nicest people you’d ever meet.” 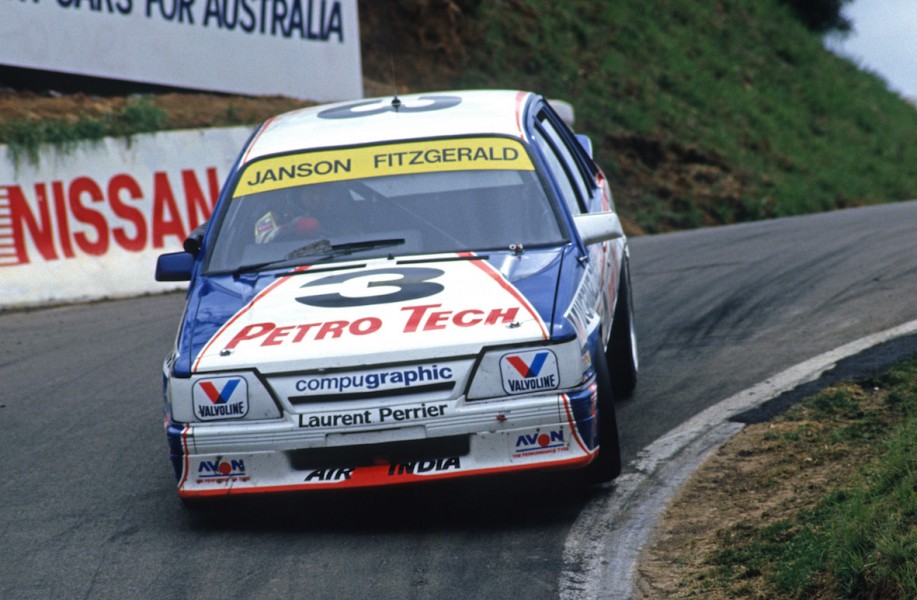 The car was built in conjunction with Roadways Racing’s Les Small and McLeod and Graeme Bailey (who went on to win the race the following year in a Roadways-built Chickadee Commodore) drove it at Bathurst that year and dropped out when its Getrag gearbox broke after 126 laps having run in the top five.

Updated to VK Evolution spec for 1986, the former rental car again formed the basis of McLeod’s touring car program. He finished fifth in the Sandown touring car round in his Commodore, however a crash at the top of the Mountain at Bathurst pancaked the front of the #4 Commodore.

It was repaired and returned to action within a fortnight for the Calder round of the endurance championship and then ran on occasion in 1987. 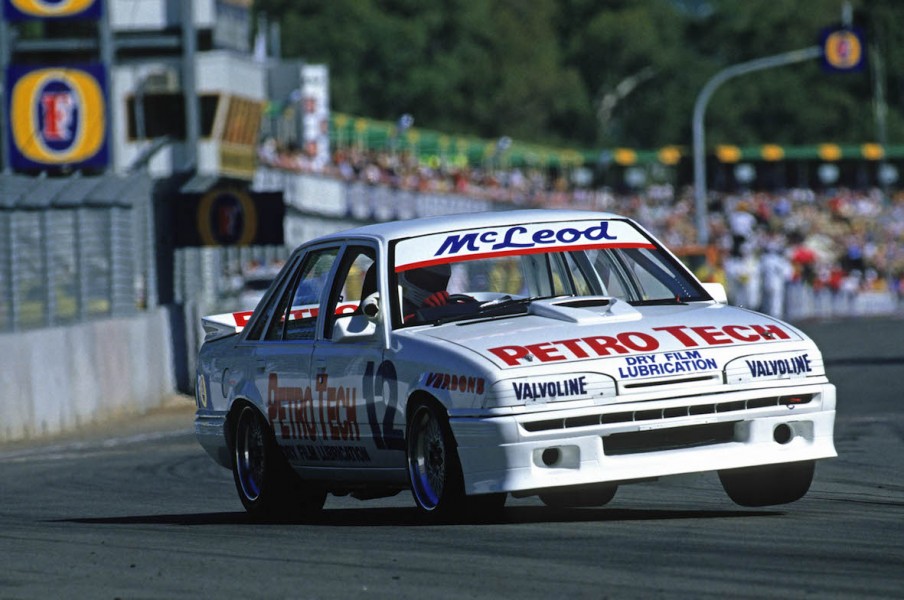 That year’s Bathurst was a round of the World Touring Car Championship and McLeod’s entry for his Holden was accepted. However, he took up the opportunity to drive in Peter Brock’s second Mobil HDT Racing Commodore, leaving Peter Janson and Peter Fitzgerald to team up in McLeod’s VK.

It worked out pretty well too - McLeod drove the first stint in car #10 and handed over to Brock with David Parsons also climbing aboard and the car finished third on the road, later elevated to victory when the 1-2 Texaco Sierras were excluded from the results.

Janson and Fitzgerald brought home McLeod’s car 22nd overall on that wild and wet day at Mount Panorama - it ultimately proved to be the only time this car finished at Bathurst.

The car was upgraded to VL carburetor-specification in late ’87 for the Adelaide GP meeting and McLeod then ran it in the first half of the 1988 Australian Touring Car Championship, highlighted by an eighth place at Wanneroo in Perth in the wake of the dominant turbo Ford Sierras.

The introduction of the new model ‘Walkinshaw’ VL fuel-injected Commodore later in ’88 gave Holden fans reason to get excited. Some teams built brand new cars, while others including McLeod instead upgraded their existing cars with the new wild bodywork and engine. 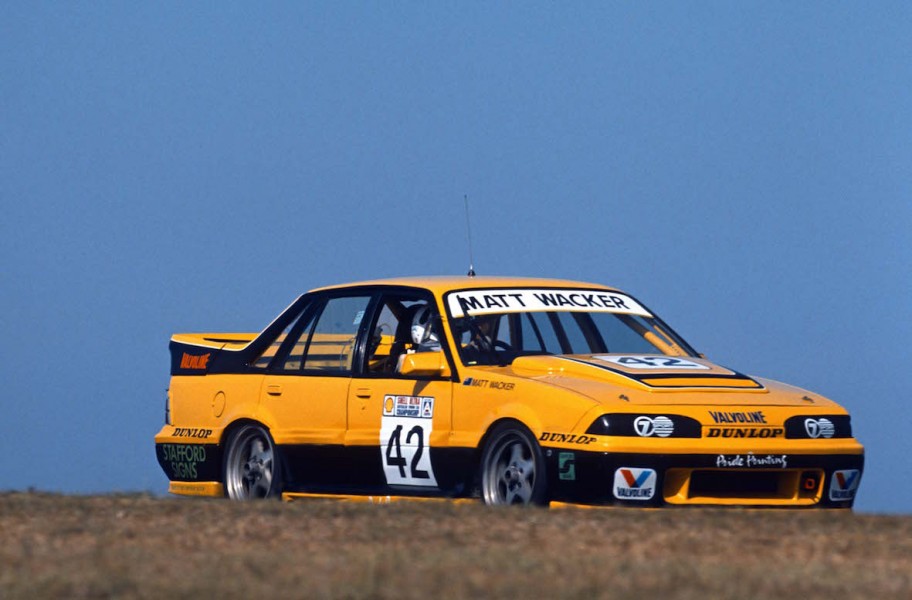 McLeod’s Bathurst Holden - which picked up backing from Yellow Pages - was stripped and rebuilt into one of the new-look cars with so many new parts that only the original floor pan and roll cage remained!

In fact, with Brock’s Mobil team having moved to race BMWs in 1988, McLeod tapped into some of the Brock Organisation’s Holden knowledge by enlisting Brock’s engine man Arch McMurray to build an engine and Brock team engineer George Smith to help test the car in the lead-up to Sandown and Bathurst.

McLeod and veteran Jim Keogh teamed up to give the new-look car its ‘debut’ at the Enzed 500 at Sandown but they retired after only 21 laps before its clutch cable gave way. Bathurst was worse, the #3 Yellow Pages car lasting just seven laps before engine failure left it sidelined - the team’s ‘gun’ engine had failed in the warm up and the practice unit that replaced it for the race gave out.

“In the rush to get the engine changed the alternator pulley hadn’t been aligned properly and the belt jumped off so it overheated going up the Mountain and that was the end of the Yellow Pages car for us at Bathurst,” recalls McLeod. 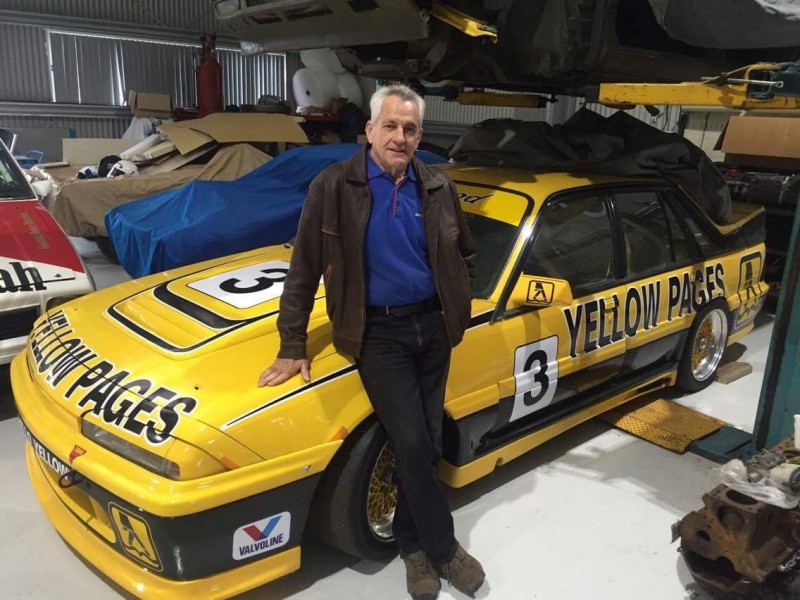 McLeod and Kiwi Glenn Clark ran the car in the end-of-season Wellington and Pukekohe races in New Zealand before he sold this car to Victorian privateer Matt Wacker for 1989.

Wacker ran it in ’89 (it only lasted four laps at Bathurst due to clutch problems in its fifth and final start at the Mountain) and 1990 before the car disappeared from the touring car grids of Australia - the fact its original driver has recently been reunited with it a fantastic thing to see.