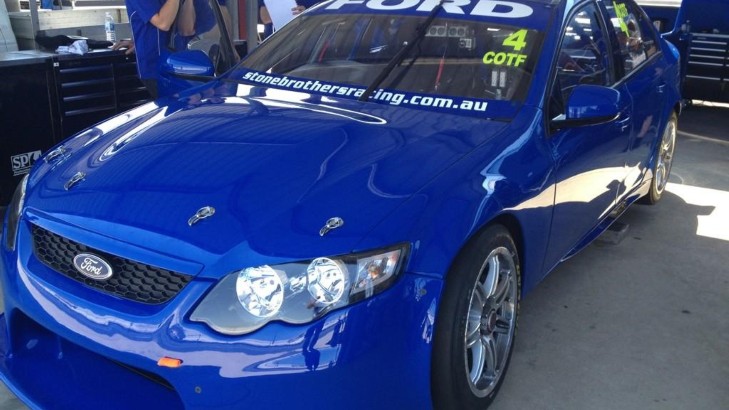 Today,for the first time on Saturday Sleuthing we focus on a New Generation V8 Supercar, and one with an interesting - yet unraced - history.

An email earlier this year from reader Justin Olden prompted us to detailthis car in today's story.

He wrote: "I remember in mid to late 2012, SBR (Stone Brothers Racing) built a New Generation chassis and gave the car a shake down as an FG Falcon at Queensland Raceway with a Ford engine.

"This was either just before or just after the announcement that Betty Klimenko had bought the team and would run AMGs.

"I would be interested to know whether that chassis is now one of Erebus's three E63s or whether something else has happened to that car.

"If it has become an E63 I think it would be an interesting story for fans to gain a better understanding of what Car Of The Future is all about, and how in five to 10 years time there could potentially be some fascinating history connected with each chassis."

Firstly, Justin's memory is spot on - there indeed was such a car built and the possibilities for its future remain.

Stone Brothers Racing announced the sale of its team to Betty Klimenko in September 2012 and with it the rebranding of the team to Erebus Motorsport V8 and a switch to Mercedes AMG equipment after a long and successful relationship with Ford.

At the same time SBR was building its first New Generation-spec chassis - then referred to as the Car of the Future - while still campaigning three Ford Falcons in the V8 Supercars Championship. 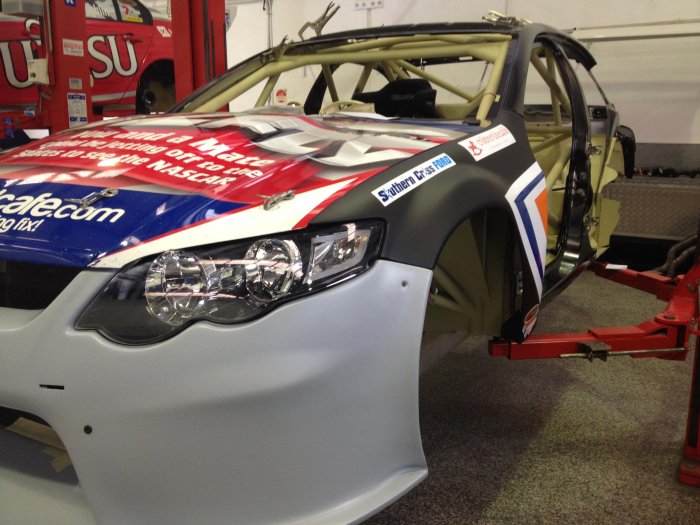 This chassis - SBR COTF 22 - is our featured car for this week, and it started life as an FG Falcon with a Ford engine and bodywork, given SBR was still a Ford-contracted team at this time.

SBR was one of eight teams accredited by V8 Supercars to build New Generation chassis, and elected to build its cars from a Pace Innovations chassis kit (roll cage material and sheet metal) supplied with a 2B chassis frame constructed to SBR's weld specification.

SBR was the fourth team to hit the track with a New Generation car after Triple Eight, Ford Performance Racing and the Holden Racing Team had all completed cars and hit the racetrack.

The Stones team aimed to have the car on track by September, but a delay with rear-end components meant it first turned a wheel in anger at Queensland Raceway on Wednesday October 17 - during the international co-driver test day ahead of that year's Gold Coast 600.

The car appeared in a familiar SBR blue base livery but with no sponsorship signage save for a Ford windscreen banner strip, with Lee Holdsworth given the honours of running in the new car for the first time. He completed 20 laps, the maximum permitted under category 'shakedown' regulations.

Tim Slade later hopped in and was allowed around 40 extra laps given SBR was collecting data to assist V8 Supercars understand the cooling requirements of the new Albins transaxle gearbox. 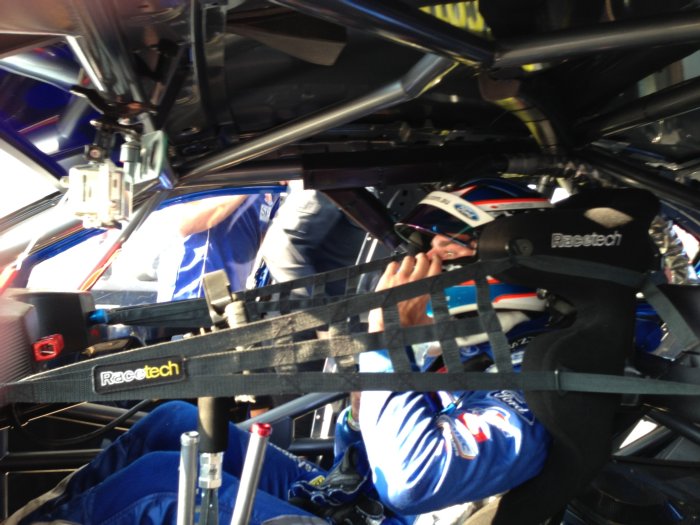 The New Generation machine's debut ran smoothly and enabled the team to familiarise itself with the basic features of the new package, but with Erebus committed to a switch to Mercedes in 2013 the Falcon would be destined for a period of inactivity - in the short term at least.

With time against it, the team put in a mammoth effort over the off-season to finish building all three stunning new E63s just in time for the team's season launch in Sydney, on the eve of the pre-season test day at Sydney Motorsport Park.

But what of the Falcon chassis?

It remains in the team's Yatala, Queensland workshop but it's certainly not a Falcon anymore!

The team has stripped the chassis back, repainted it and it remains in perfectly 'ready to rumble' condition as a spare should the need arise and there be any form of major damage to either Holdsworth or Will Davison's regular racecars.

The original SBR New Generation-spec car has not seen a racetrack since its October 2012 shakedown, but it may yet make its belated racing debut in the V8 Supercars Championship down the track.

It's an interesting car that marked the beginning and end of two significant eras in V8 Supercars - the end of SBR and the start of the New Generation cars.

When its conversion to Mercedes-Benz E63 specifications is complete, this car will also be the first known example of a legitimate V8 Supercar racer to have changed brands during its life!

This car was the last Ford to be built by SBR, numbered '22' given it was the 22nd car produced by the team since it was created as Alan Jones Racing in late 1995. 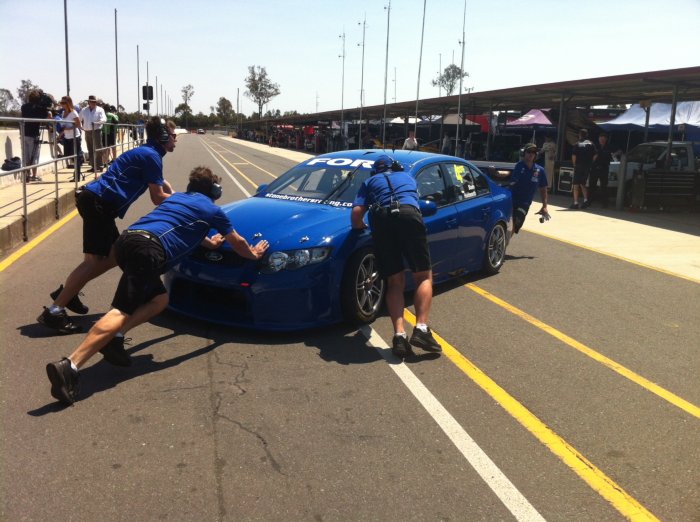 Erebus Motorsport V8 continues to recognise its SBR heritage by continuing to add an SBR designation number to its new cars. For example, the next chassis the team built - and its first Mercedes - was given the number SBR23-EM01-2012.

It's a nice acknowledgement of the team's origins and just goes to show that respect for history is still indeed alive and well within modern-day V8 Supercar teams.

09/07/2014
Related Content
15' Erebus Motorsport ›
Stay In The Know
Sign up to the Repco Supercars Championship Newsletter
We use cookies to ensure that we give you the best experience on our website. If you continue to use this site we will assume that you are happy with it.Ok