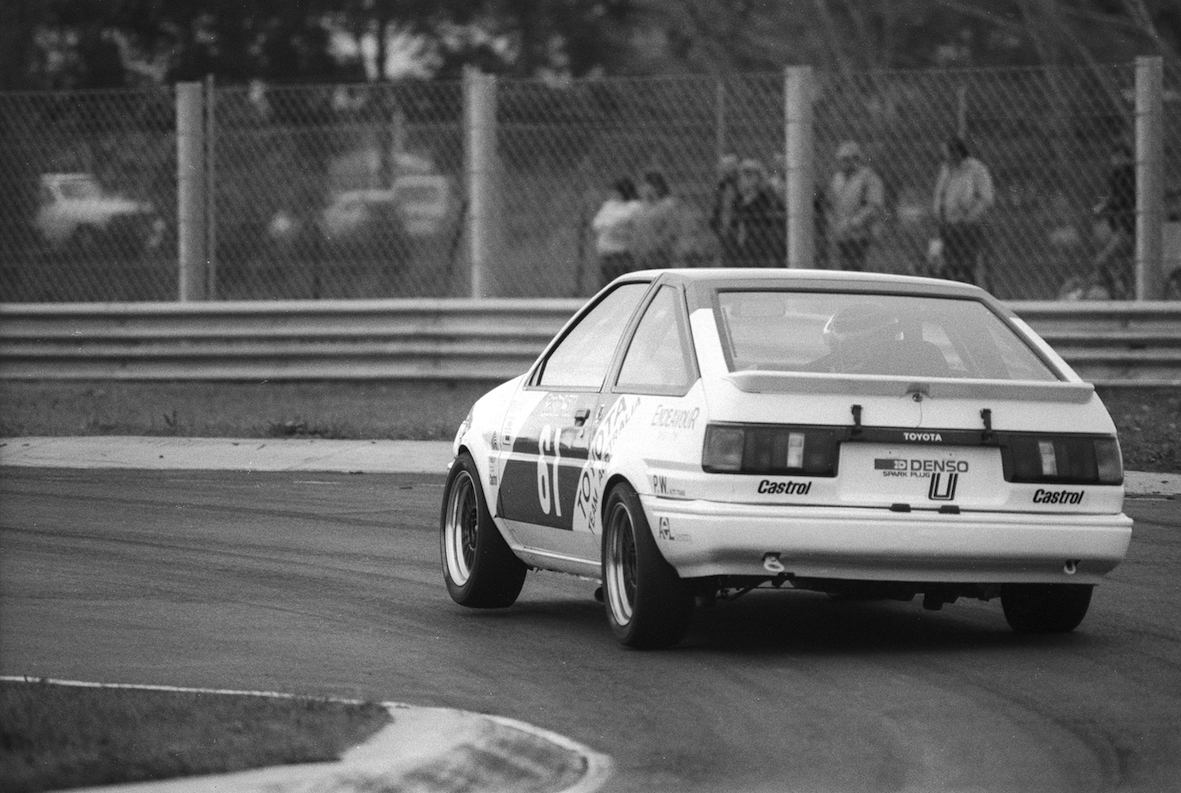 Toyota’s history in Australian motorsport, both in circuit racing and rallying, is impressive.

But back in the 1980s and 1990s, Toyota Corollas were a regular part of the field in both the championship and the annual Bathurst classic.

Just a few months ago at the Sandown Retro Round our V8 Sleuth came across the original Toyota Team Australia Corolla on display and we thought it was worth making a small detour away from V8-powered racecars for this weekend’s story.

The Toyota Corolla AE86 simply owned the under two-litre category from the beginning of Group A touring car racing in 1985.

During the Group C years the factory assisted Sydney Toyota dealer, the late Peter Williamson, with a number of different Toyota Celica racecars.

For the introduction of Group A the company bit the bullet and created the fully factory-funded Toyota Team Australia.

Like a number of teams, Toyota didn’t wait until 1985 to blood their new Group A car, preferring to debut it in the 1984 James Hardie 1000 at Bathurst – a pretty serious place and race to debut a brand new car.

That first AE86 Sprinter hatchback was built to full race specifications in Japan by TRD (Toyota Race Development) in 1984.

That very car was in fact just the 23rd-ever AE86 Corolla produced, serving time as pre-production pilot car before being converted for the race track.

The car made its racing debut at Bathurst in 1984 as the #72 entry driven by John Smith and Stephen Brook – it started the race from around the corner on Conrod Straight in 57th position, such was the size of the field!

The Corolla steadily rose through the field, climbing as high as 23rd on track until it retired on lap 100 with a broken oil pump.

Smith retained this car for the first part of the 1985 Australian Touring Car Championship, using it to take class victories at the first four rounds of the championship at Winton, Sandown, Symmons Plains and Wanneroo. 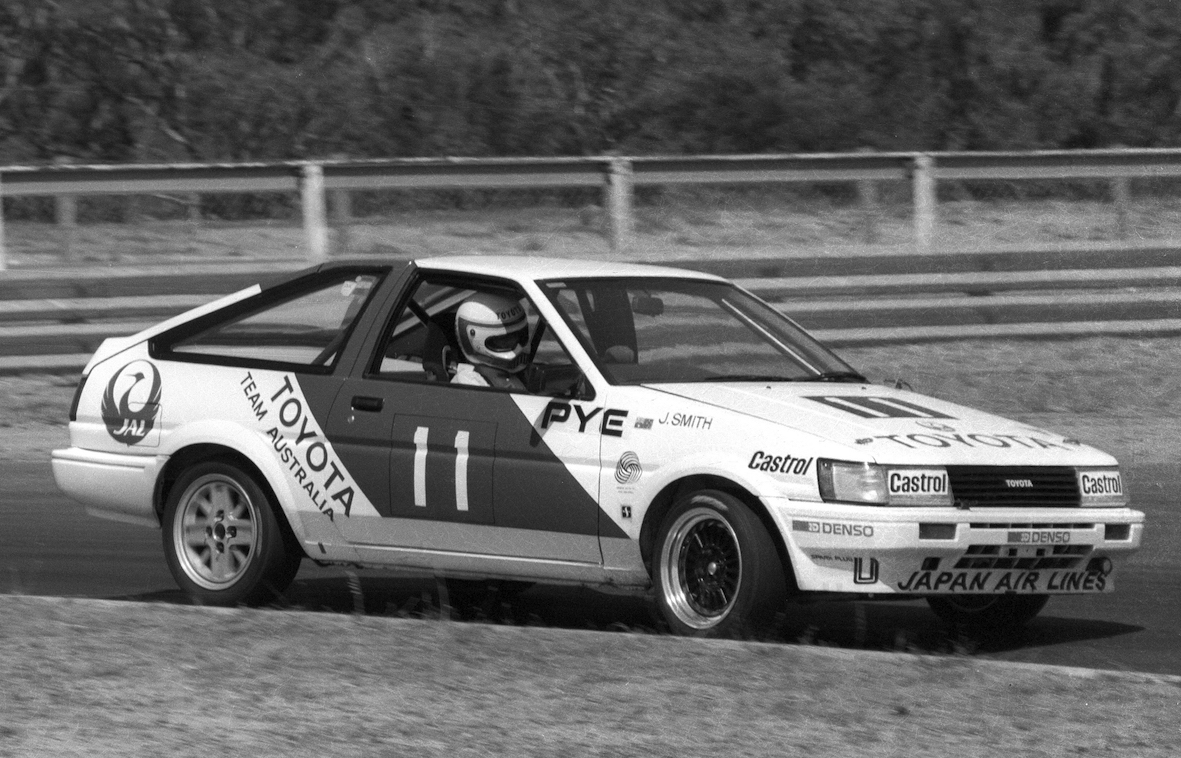 Smith debuted a new notchback AE86 Sprinter in round five at Adelaide International Raceway and the earlier hatchback was passed on to new teammate Drew Price, father of Shane, later to drive in Supercars for Larry Perkins’ team.

Price beat home Smith in the newer notchback car in the final round at Oran Park to record a class victory for the older hatchback.

For the 1985 enduros the car ran as car #61 with drivers John Faulkner and Ray Cutchie. The duo won their class at the Sandown 500 and finished ninth outright but Bathurst was not quite as successful and the car suffered clutch damage, a broken gear lever and a broken axle, retiring on lap 110.

After being sold off by TAA, the Corolla stayed racing in the hands of a number of different privateers including Peter Verheyen and Mike Conway in the years that followed. 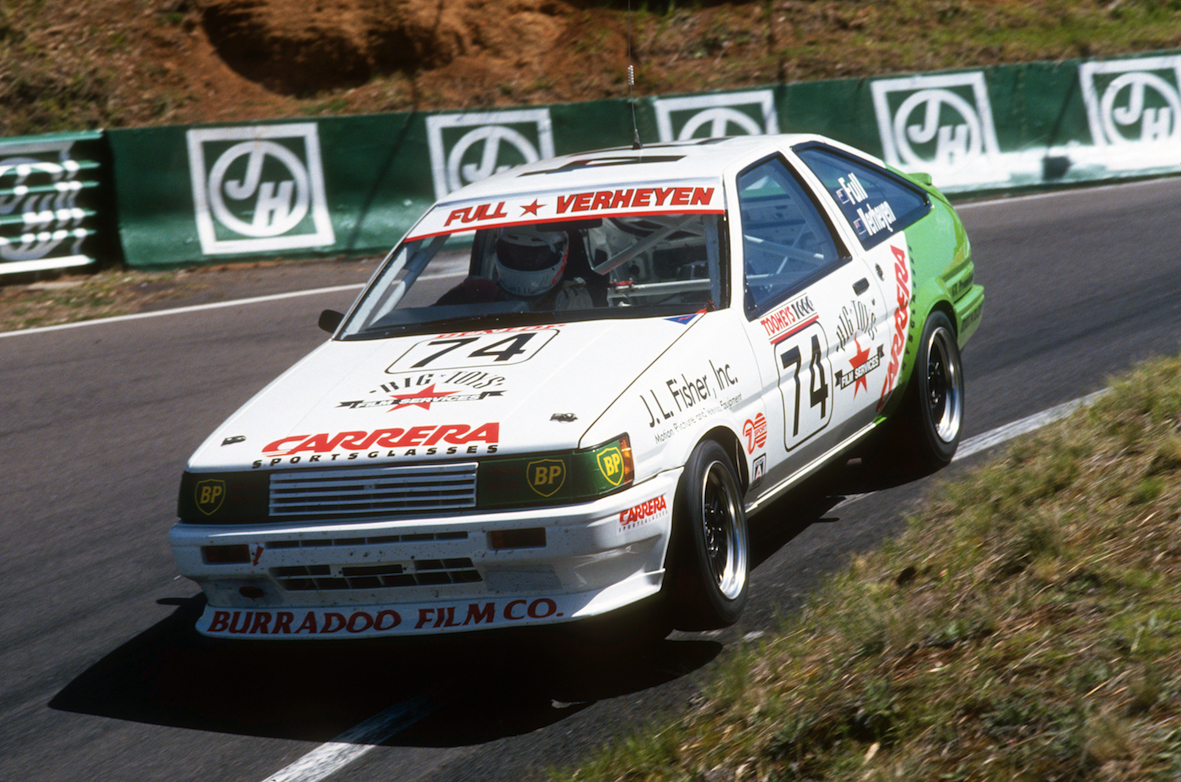 Current owner Stephen Toth purchased the car back in 2003 from privateer racer Conway.

“I was at Sandown for the ATCC round back in 1985 and remember being quite taken by the new Toyota factory race car,” he told us.

“I took some photos of it racing back then.

“I couldn’t believe it when I came across it advertised for sale all those years later, the log book confirmed it was the very car I was looking at back at Sandown all those years ago!

“It came in a million pieces and required a full restoration. I bought it home but it wasn’t until eight years later that I got to restoring it. At the Muscle Car Masters in 2011 there was a TTA reunion so I thought I should pull my finger out and get the car finished!”

A long time Corolla AE86 fan, Toth uses the Toyota for club sprints and recently had it on display at the Sandown 500 as part of the Retro Racing Car Display.

It’s a reminder of a time where touring car racing in Australia was all about many different manufacturers, models, engines and sizes.

Put simply, the factory TTA Corollas were impressive and performed as such, writing their own special chapter of Aussie touring car racing history. 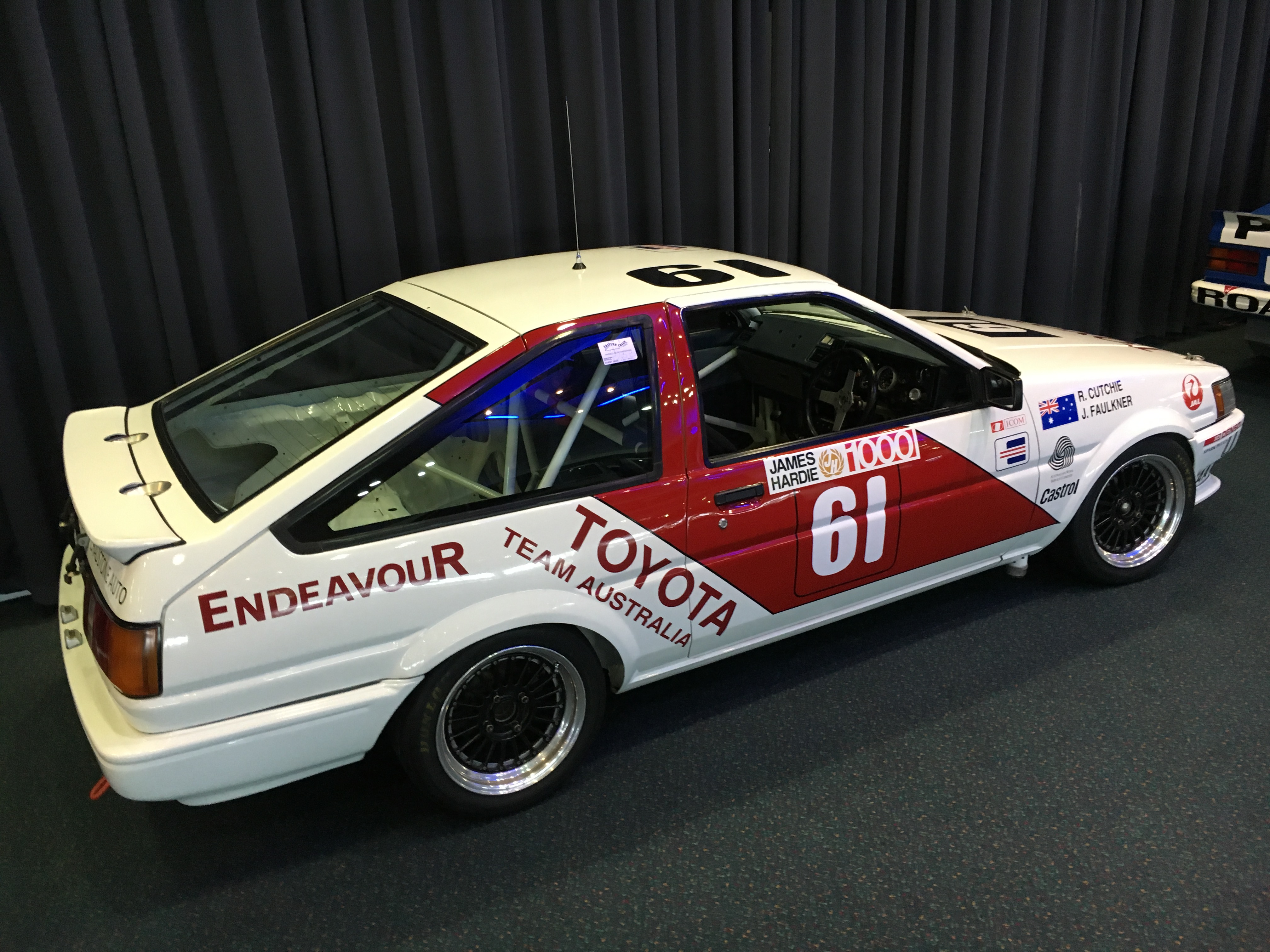 Next week Saturday Sleuthing returns with a special story on a Bathurst-winning car that is about to be retired from active racing duty. Make sure you don’t miss it!