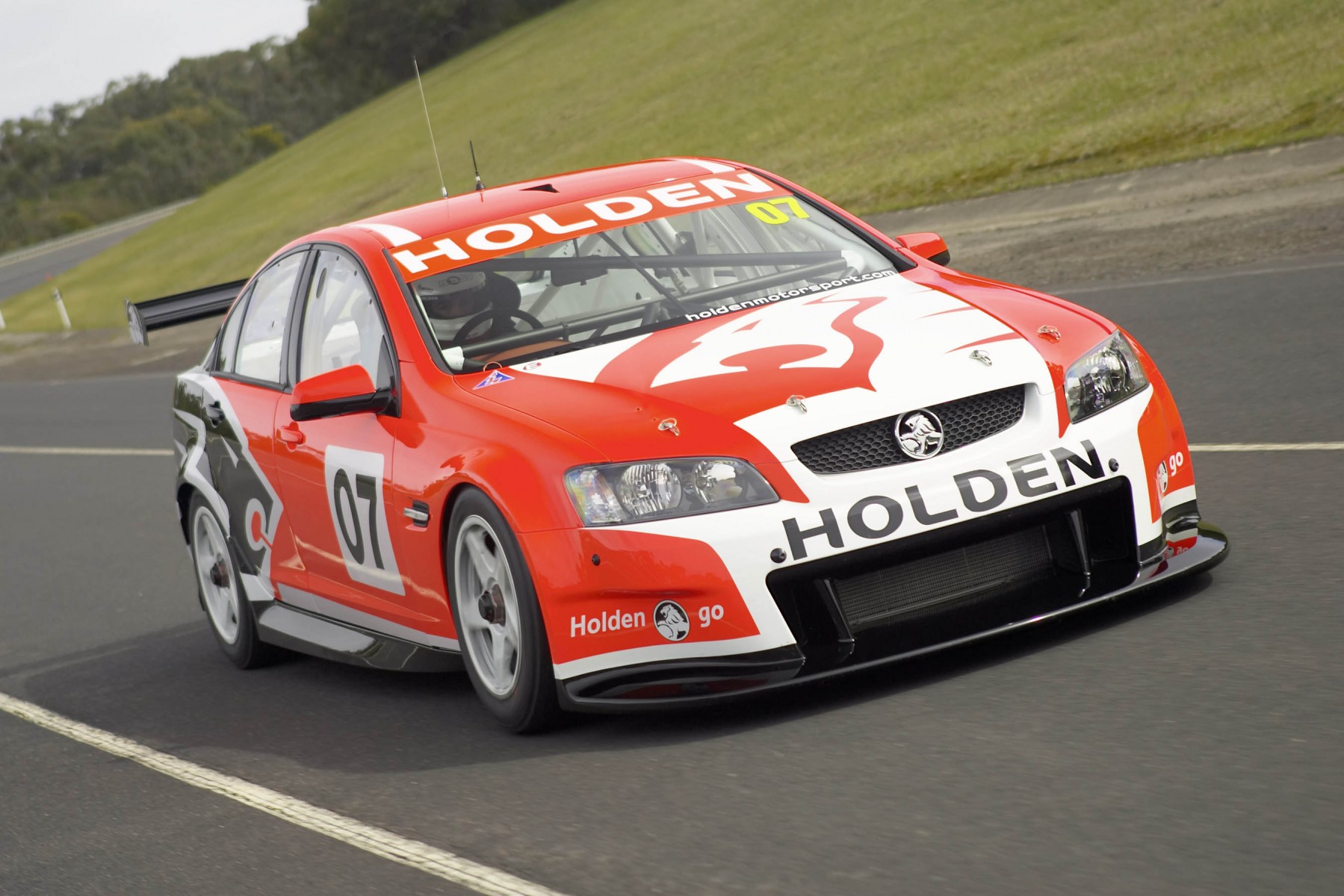 Jamie Whincup’s victory at Sydney Motorsport Park late last month was not only a milestone victory for the Red Bull Holden Racing Team driver but it was also a huge milestone for the Holden Commodore VF.

While Whincup was claiming his 106th championship race win, the VF became the most winning model of car in championship history with its 104th race win, breaking the deadlock with the model it replaced - the VE/VE Series II.

Today on Saturday Sleuthing that has us casting our minds back to the car that began it all for the VE Commodore, the very first prototype produced in late 2006 that ended up enjoying a relatively long racing career.

THE VE Commodore road car was a massive project for Holden dubbed the ‘billion dollar baby’ that culminated in the launch of the road car version in mid-2006 with the racing version for V8 Supercar competition not very far behind it. 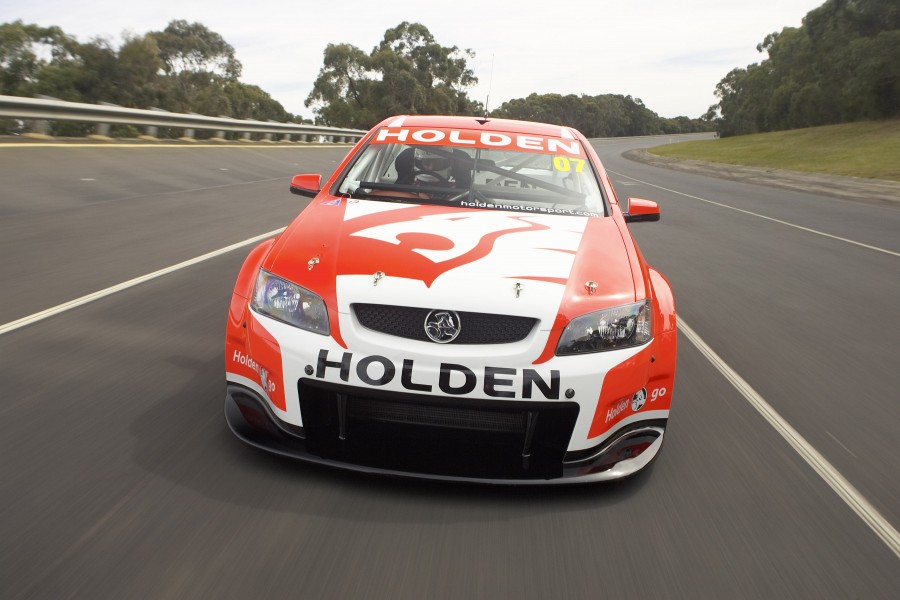 The WR 001 prototype had its first run behind closed doors for two days at Holden’s Lang Lang Proving Ground in September 2006 with both Todd Kelly and Mark Skaife at the helm before spending time running at the Woomera rocket range in South Australia for preliminary aero trials.

The striking brand new car in its special one-off #07 red, white and black test livery was unveiled to the public (after an industry magazine had already published images of the car testing at Woomera!) in Melbourne on October 24, 2006, just a few days after the Gold Coast round.

While most prototype race cars end up parked away in the corner or turned into museum pieces after they’ve served their purpose, WR 001’s work was most certainly not done in 2007 once the VE Commodore was approved and homologated for racing. It became one of the Holden Racing Team’s race chassis for the early part of the season, Skaife’s #2 HRT VE in fact.

But it very nearly didn’t even get to the start line of its intended race debut at the Clipsal 500 in Adelaide as the team – and specifically the exact ownership structure and just who was controlling things, Skaife or Walkinshaw – came under massive scrutiny from the Touringcar Entrants Group of Australia (TEGA). A 14-day reprieve was given and the situation ultimately sorted out in the lead-up to the next round in Barbagallo. 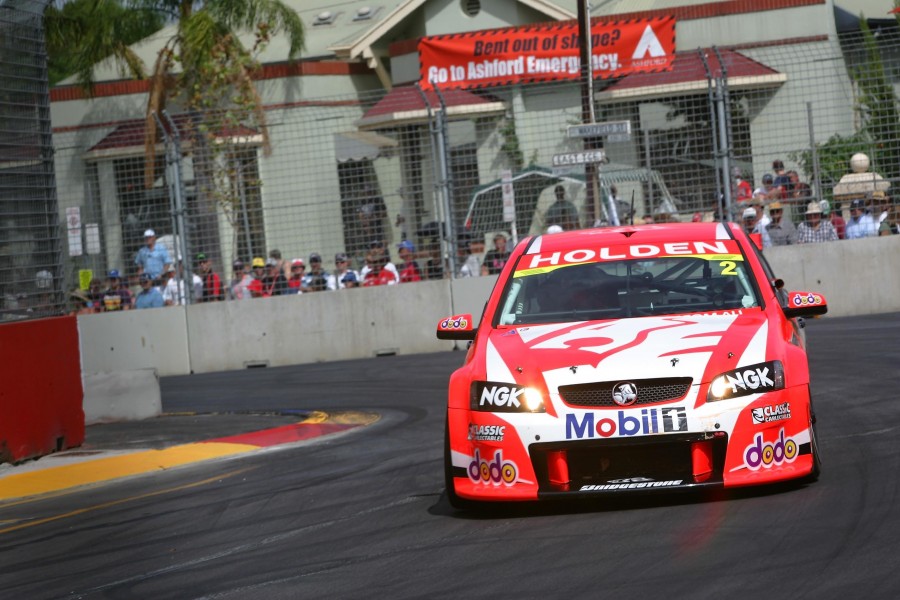 All told though, WR 001’s racing life in the factory HRT’s war paint only lasted four race events in Skaife’s hand; Adelaide, Barbagallo (where it claimed third overall, the only podium finish of its V8 Supercar career), Pukekohe and Winton before a new chassis was readied for him in time for the Queen’s Birthday round at Eastern Creek and 001 reverted to becoming a team spare.

The original prototype VE was sold off to the D’Alberto family and became Tony D’Alberto’s The Bottle-O entry in 2008 run under Rod Nash’s Racing Entitlements Contract (REC).

The reigning Fujitsu Series champion’s car continued a connection with Walkinshaws via an engine deal and D’Alberto was joined by Jason Bargwanna for the endurance races before the team again carried the same colours and car into 2009, continuing the same sponsorship and REC deal with Nash and having Andrew Thompson along as endurance partner, finishing in the top 10 at Bathurst.

TDR’s structure changed dramatically in 2010, purchasing its own REC from Tasman Motorsport and thus splitting from Nash and standing as an entrant and car preparer on its own two feet. 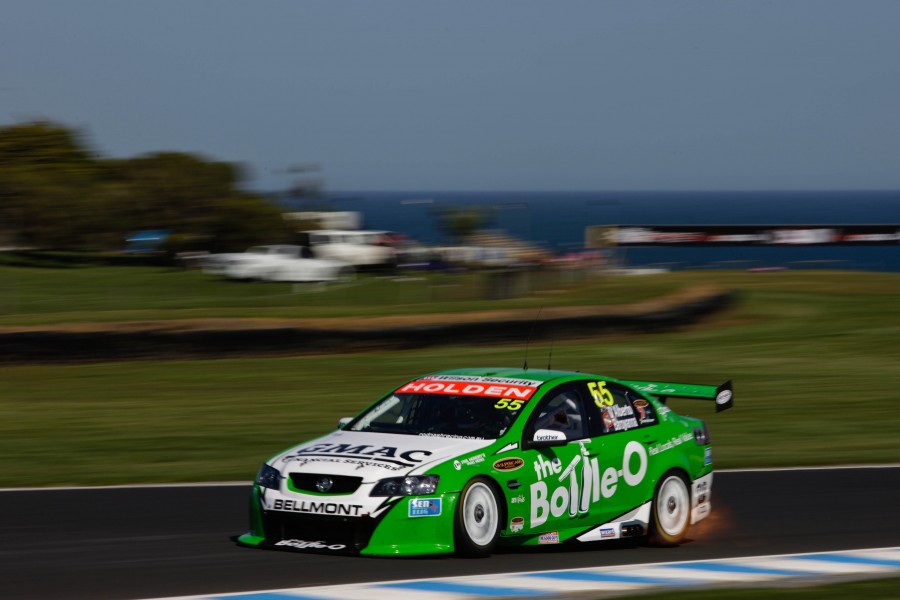 WR 001 was re-liveried into black and white Centaur colours and Shane Price signed as co-driver for Phillip Island and Bathurst with Portuguese ace Tiago Monteiro sharing with D’Alberto in the international co-driver-flavoured Gold Coast 600.

The D’Alberto team picked up Wilson Security backing for 2011 though also did a deal on a change to a Ford Performance Racing-supplied Falcon for that season, its late availability leaving the team to run the Commodore in Abu Dhabi and at Albert Park before a Ford was available for the next event in Adelaide.

WR 001 remained with TDR and moved into the Fujitsu Series for the rest of 2011 in the hands of David Wall (though Dale Wood subbed for Wall in Townsville after the former GT champion had busted his foot pre-round) and it then ended its active competition life at the completion of that season.

In fact it also had a guest driver that year during a ride day at Eastern Creek during 2011 - none other than Ford legend John Bowe! 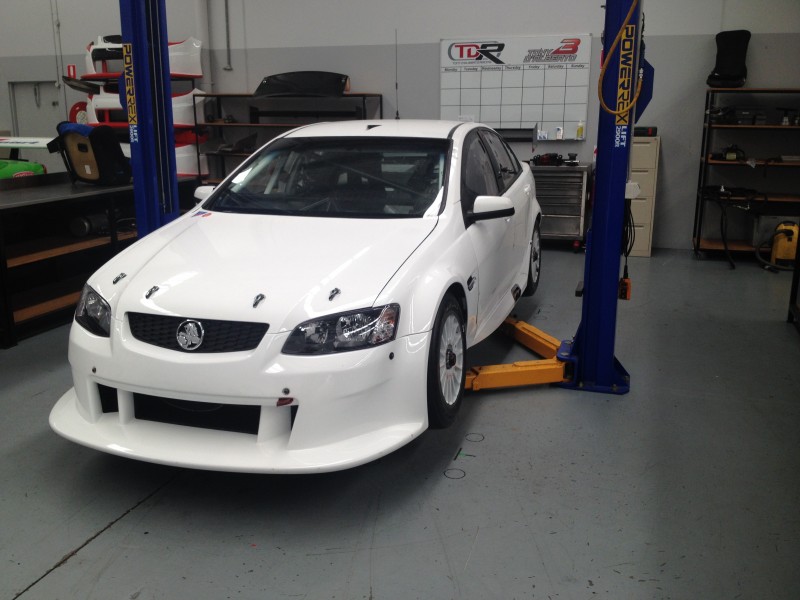 The car was retained by TDR over the following years and lay idle ever since with the D’Albertos placing the car onto the market for sale in the early part of 2017.