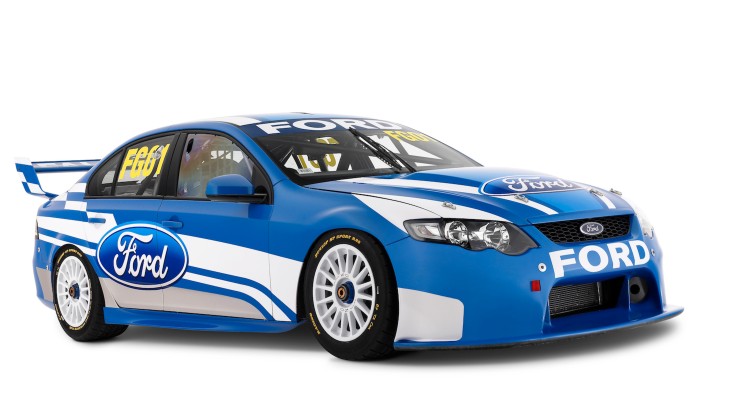 Next weekend's Sydney NRMA 500 will mark the last race before Ford's FG Falcon is superseded by the FG X model as Ford's main strike weapon in the 2015 V8 Supercars Championship.

Today on Saturday Sleuthing we're paying tribute to Ford's most successful Falcon touring car model by featuring the very first prototype FG Falcon V8 Supercar that was unveiled back in 2008.

It started life as a prototype before it later became a race chassis and it may also be something of a surprise to know you have been watching this Falcon on track throughout 2014 - and it will be on track at the Sydney NRMA 500.

Originally codenamed 'T2' but better known as FG01, the first FG Falcon was built by Ford Performance Racing during 2008 as part of the homologation process for the FG's debut the following season.

The build process was a combined effort by a number of leading Ford teams at the time - Triple Eight Race Engineering designed the FG's aerodynamic package, while Stone Brothers Racing were also involved in the design of the car.

After initial construction work by Pace Innovations in Queensland, FPR completed the build and painted the prototype in Ford 'nitro' blue, before it was presented at the Sandown event in June 2008.

Craig Lowndes was initially supposed to christen FG01 for its first ever laps on track, but a contractual issue changed that plan and the honour went to James Courtney who drove the car in a series of demonstration runs with Grant Denyer in the passenger seat.

FPR then kept FG01 under a low profile for over a year until it became a race chassis and made its race debut at Sandown in 2009, where it was driven by Steven Richards and also featured a special livery that weekend to mark the 150th anniversary of the Geelong Football Club. 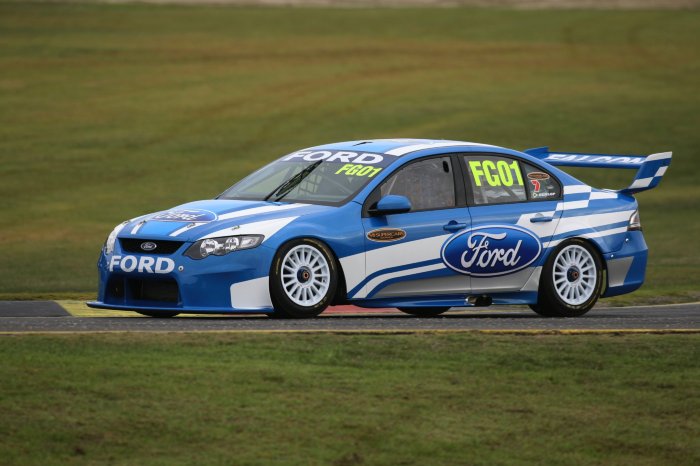 Richards raced it in the following round at Queensland Raceway and then Dean Canto and Luke Youlden drove it in the enduros at Phillip Island and Bathurst, where Canto crashed the car heavily.

It did not race again in 2009 but was repaired and became Paul Dumbrell's Bottle-O Falcon for 2010, to be run by Rod Nash Racing in its first season as an FPR customer team.

Dumbrell drove it in every event during 2010, and was joined by Dean Canto at Phillip Island and Bathurst and 1997 Formula 1 World Champion Jacques Villeneuve at the Gold Coast 600.

Dumbrell also recorded his first ever race win and pole position in this car at Sandown, and finished a career-high ninth in the Championship. 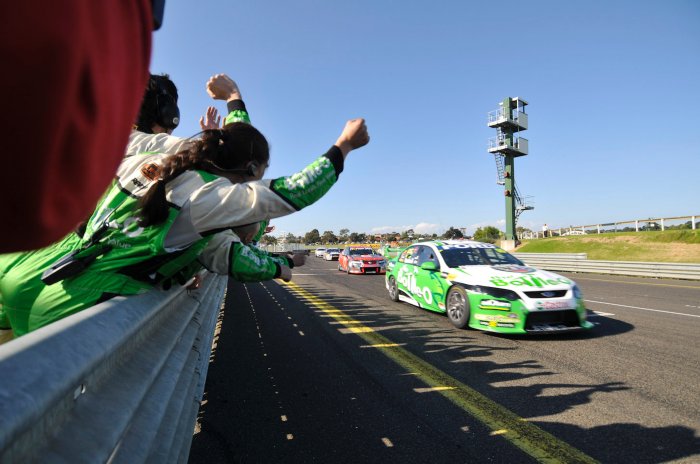 RNR ran Dumbrell in this chassis again throughout 2011 but it was a bruising year, with the #55 car sustaining heavy hits at Hamilton, Surfers Paradise (with ex-F1 driver Christian Klien at the wheel) and in Dumbrell's last full-time race at Sydney Olympic Park, where he spun out of second place and was hit by Lee Holdsworth in the closing laps.

David Reynolds took over the Bottle-O machine in 2012, but crashed on his debut with the team in Turn 8 at Adelaide.

Reynolds then drove it at the Australian Grand Prix, Symmons Plains, Hamilton and Perth before the team took advantage of a break in the calendar to properly repair the car after its Clipsal crash. For the next round at Phillip Island, Reynolds moved into the car Chaz Mostert had been driving in the Dunlop Series.

After Phillip Island the team decided that Reynolds would stay in Mostert's Dunlop Series chassis for the rest of the season, with Mostert being given our featured car from the Townsville round onwards.

The 2014 Bathurst winner drove it for the remainder of the Dunlop Series in 2012, finishing third overall behind Scott McLaughlin and Scott Pye. 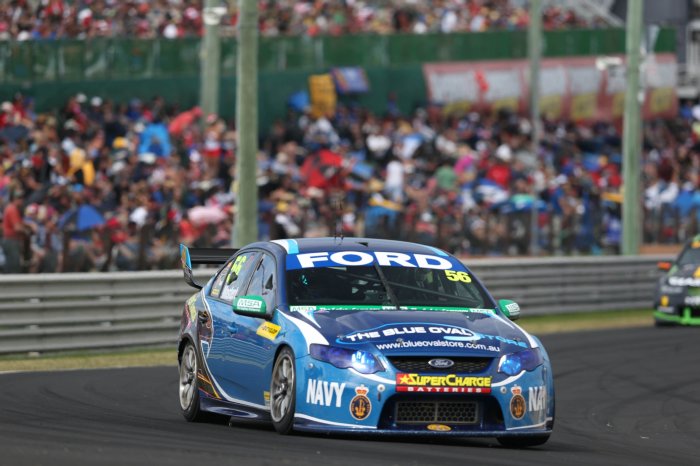 With the V8 Supercars Championship moving to the New Generation chassis regulations and FPR not running a Dunlop Series entry in 2013, this chassis sat at FPR's workshop but was not raced.

It was used in the Shannons Supercar Showdown reality TV program, and driven in the show's semi-finals at Calder Park by series winner Todd Hazelwood, Tim Macrow, Craig Dontas and Englishman Daniel Cammish.

However when FPR announced its return to the Dunlop Series earlier this year, this car - the last 'old' generation chassis retained by FPR - was brought back into competition use once more.

It has been racing in this year's Dunlop Series as Cameron Waters' #56 Enzed Falcon.

Waters took this car to his maiden Dunlop Series race win at Winton, and will be racing it at Sydney Olympic Park next weekend as he challenges Ash Walsh for second place in the series.

As a sidenote, FPR co-owner Rusty French also drove some laps in this car at a Winton test day in June this year. The former GT and NASCAR racer enjoyed his first ever drive of a V8 Supercar - at the age of 71! 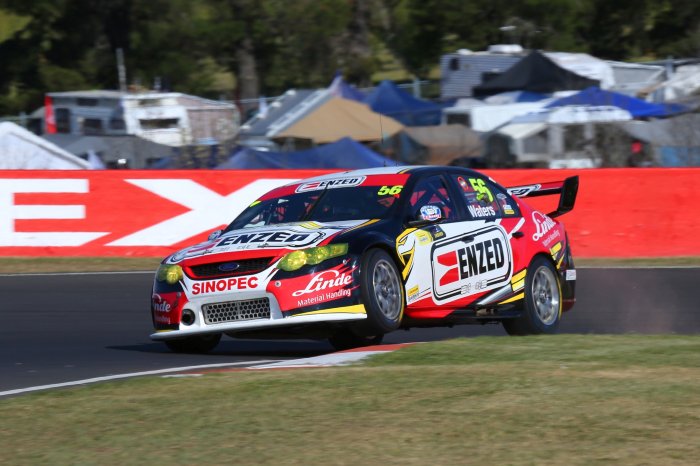 The first ever FG Falcon is still racing as hard as ever, more than six years after it broke cover on that weekend at Sandown.

At the time of writing, the FG has won 55 V8 Supercar Championship races - more than any other Falcon in championship history - having eclipsed the BA Falcon's record of 51 race wins between 2003 and 2005.

Saturday Sleuthing will take a break next weekend for the Sydney NRMA 500 but will return for a few more weeks in the lead up to Christmas.