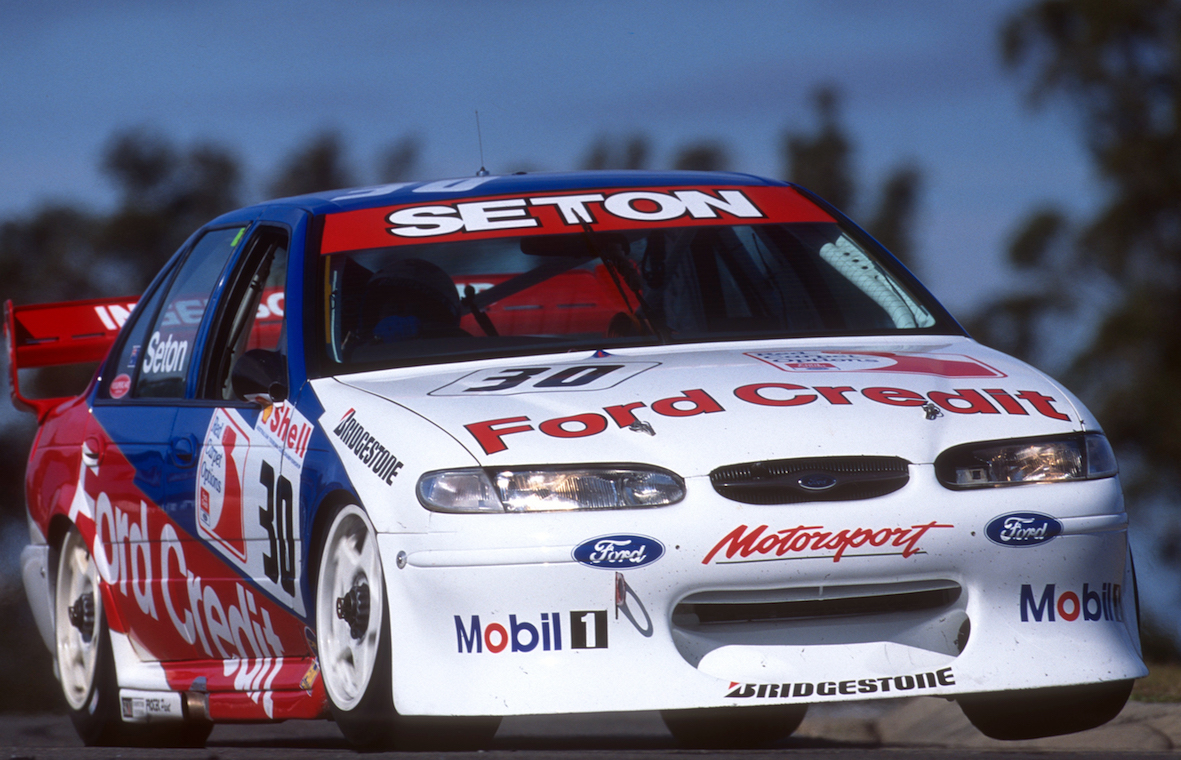 IT’S amazing to think that it’s 20 years this year since the beginning of the V8 Supercars era of Australian touring car racing.

While the category may now be known under the current Virgin Australia Supercars Championship title, back then the then-newly-named V8 Supercars were racing for the 1997 Shell Australian Touring Car Championship.

So what became of this piece of Supercars racing history?

The great news is that the #30 Falcon EL that Seton used to win two rounds (Sandown and Eastern Creek) and 10 races within that year’s championship lives on to this day. 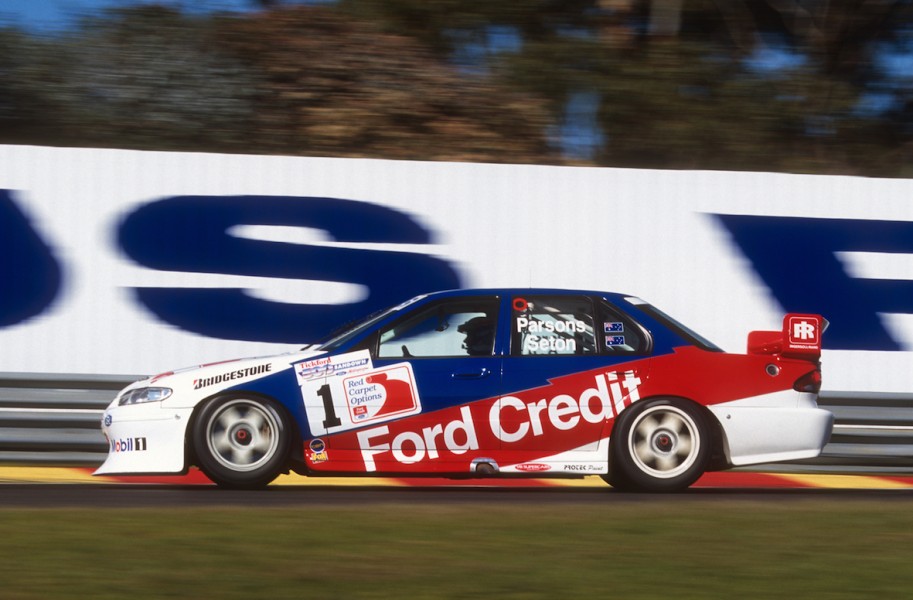 That very car – GSR7 – had been built brand new for Bathurst the previous season as an EF and claimed pole position for the AMP Bathurst 1000.

It was used by Seton throughout the 1997 championship and endurance races at Sandown and Bathurst before being re-numbered #1 for his title defence in 1998.

Seton ran the car for the first few rounds of ‘98 before debuting a new Falcon and this one reverted to spare status.

However it was wheeled out again for Mallala, Calder and Oran Park for Neil Crompton to drive as the #111 entry to give the now-Supercars TV commentator some valuable racing laps before co-driving with Seton at Sandown and Bathurst. 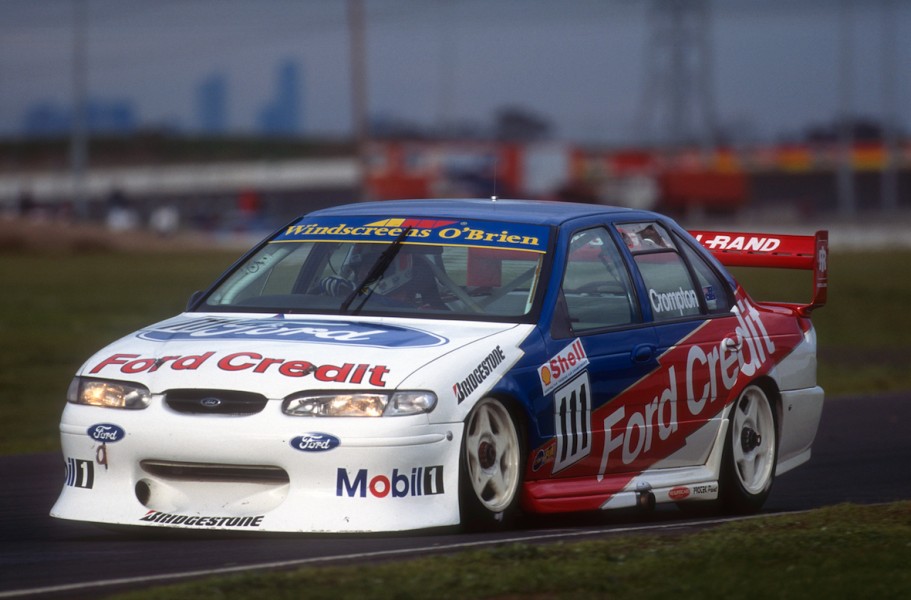 Seton sold the car to privateer Simon Emerzidis later that season, the inexperienced V8 racer debuted it in new red and yellow colours at the Sandown 500 with veteran Garry Willmington co-driving and the duo also competed at Bathurst.

Emerzidis used GSR7 in a handful of events in 1999 before again linking with Willmington for the enduros, Bathurst that year marking its final appearance in the ‘main game’.

The #54 Ford ended its race after only eight laps; contact with a very young Paul Dumbrell damaged the front suspension and Emerzidis later spun it into the sand trap at McPhillamy Park where it finished its day.

The car did not race in 2000 and appeared briefly in the Konica Series in Emerzidis’ hands in 2001 and again in 2002 (where it appeared for Grant Johnson under the ‘Chance of a Lifetime’ banner).

The car had its last V8 Supercars hurrah with John Henderson at the non-championship Konica Series race at Bathurst in 2003 before being sold to current owners Noel and Wendy Willoughby in New South Wales in 2004. 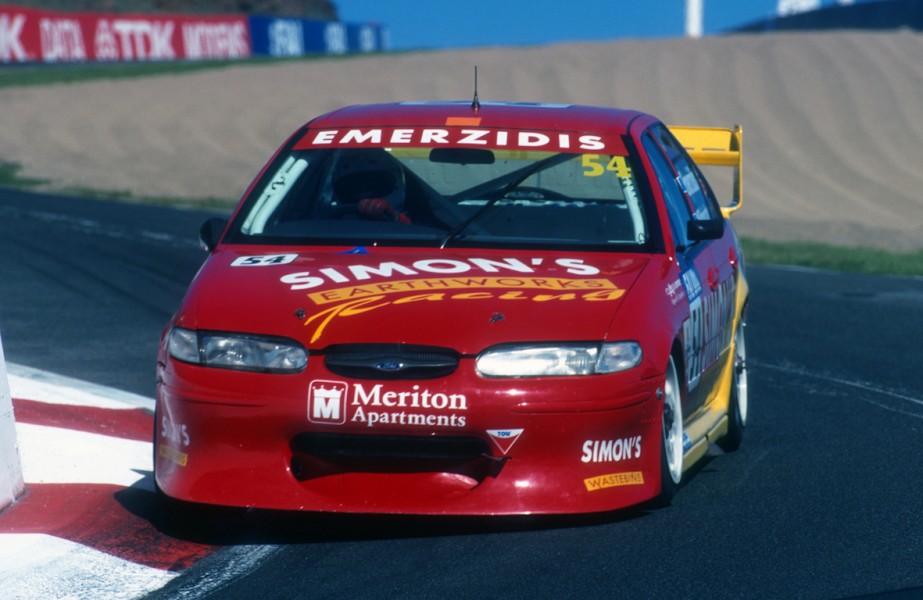 Initially purchased in a pile of pieces, all of the gear required to put it back together was there – including the original engine – and the chassis was returned to look like it had just been time-travelled back from 1997.

Seton himself has stepped back behind the wheel of his title-winning Falcon since at the Muscle Car Masters and Pirtek Aussie Legends at the Gold Coast 600 in 2010, while the late Jason Richards also had some seat time in the famous #30 Ford at the 2011 Muscle Car Masters in Sydney.

Last September it was Glenn’s son Aaron’s turn to step behind the wheel of this piece of Supercars history, the Toyota 86 Racing Series regular having his first drive of this particular car at the Masters.

Seton Jnr was born in July 1998, right in the middle of the period when Crompton was driving this car for his father’s Melbourne-based team!

“It was actually only a pretty short run in that car but it was the first time I had driven a Supercar of any type,” Aaron told us this week of his brief run behind the wheel of GSR7 last year. 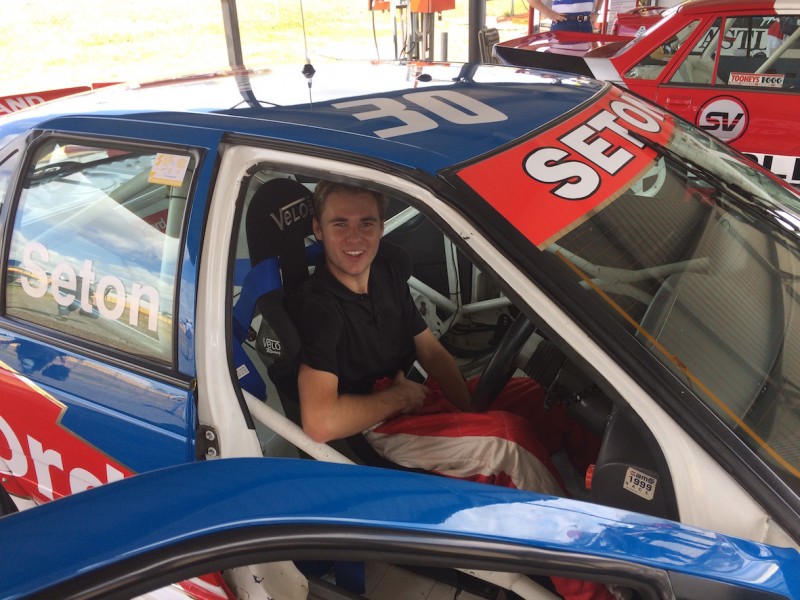 “My Dad raced this car before I was born – I reckon that makes him feel pretty old! They’re still a complex car, but a lot simpler than what they are today. There’s hardly any electronics in them compared to the current Supercars.

“The H-pattern gearbox is obviously different from today and I am sure they were a lot cheaper to run back then too.

"Compared to the little Toyota I drive in the 86 Racing Series it sure goes in a straight line much faster.

“It was great to have the opportunity though to drive that car, I’d love to have another go in it one day.”

Seton Jnr is going to saddle up again this year for the Toyota 86 Racing Series that starts at the WD-40 Phillip Island SuperSprint next month; maybe one day we’ll see another generation of Seton in Supercars making his own headlines …

Saturday Sleuthing will feature on every non race weekend for the remainder of the 2017 season.

Now in its fifth year on the Supercars website, it’s proven to be a popular series focused on the history of individual race cars from over 50 years of Australian touring car racing.