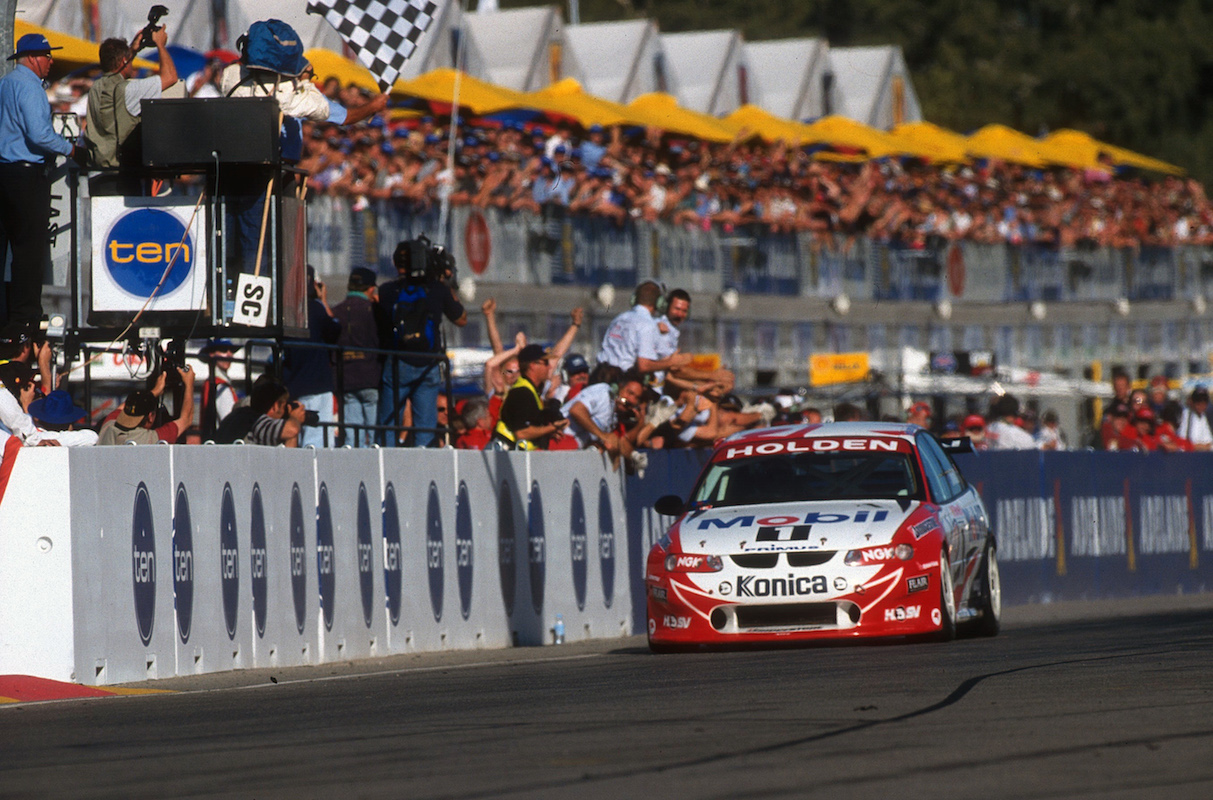 If you’ve never read Saturday Sleuthing before, it’s a series of stories documenting the racing lives of some of the most well-known – and some not so well-known! – cars that have competed in V8 Supercars and Australian touring car history in general.

The topic of our first story for 2016 revolves around the fact that when Craig Lowndes takes to the grid at next weekend’s Clipsal 500 he’ll break Russell Ingall’s record for the most Australian Touring Car Championship/V8 Supercars Championship round starts of any driver – round number 251 in fact.

So today we’re taking a closer look at the car that drove Lowndes to victory in the very first ‘Sensational Adelaide’ 500 back in 1999 – the Holden Racing Team’s Commodore VT, chassis 037.

While the last-to-first victory surely rates as one of the finest in Lowndes’ stellar career, the win came with plenty of drama and controversy.

Taking victory in the first 250-kilometre leg of the event on Saturday, Lowndes was involved in an incident with Queensland privateer Danny Osborne that resulted in Osborne’s Falcon crashing into one of the Adelaide Parklands’ notorious concrete walls. 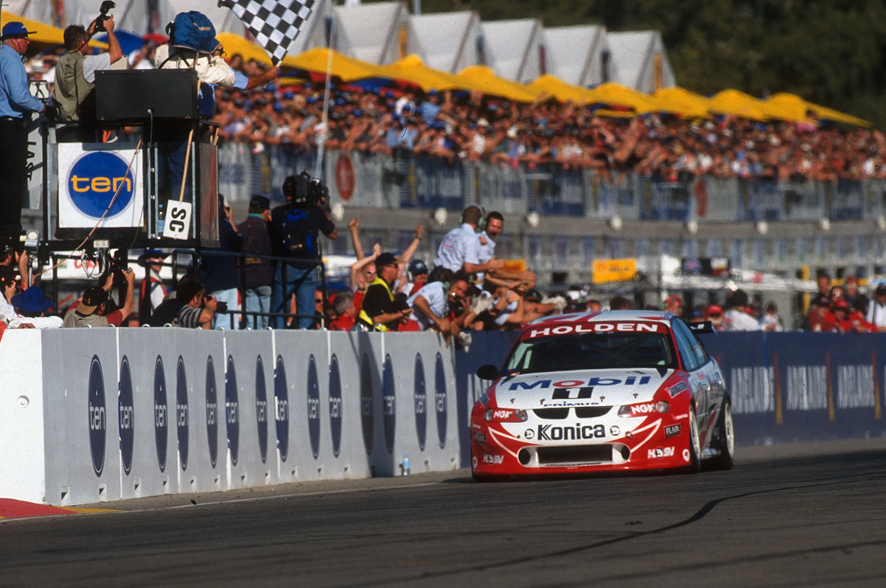 Lowndes was given a stop-go penalty for his indiscretion but still came back through to win the first leg of the race.

Controversy reigned the next morning when Lowndes was further penalised for the incident, being stripped of the 100 championship points earned for the race win, the $40,000 prize money and pole position for Sunday’s second leg. He was also relegated to the rear of the grid.

While the Holden Racing Team considered withdrawing the car from Sunday’s race, Lowndes did take the start – a long way back in 35th position.

Charging from the rear of the grid, Lowndes drove like a man possessed. His on-track effort was matched by a slick pit-stop strategy by the Holden Racing Team to bring the #1 Commodore home in first place to claim the inaugural ‘500’ crown.

The chassis Lowndes was driving was actually the very first VT Commodore V8 Supercar produced by HRT, debuted by Greg Murphy with much fanfare at the Calder round of the 1998 championship running as car number 98. 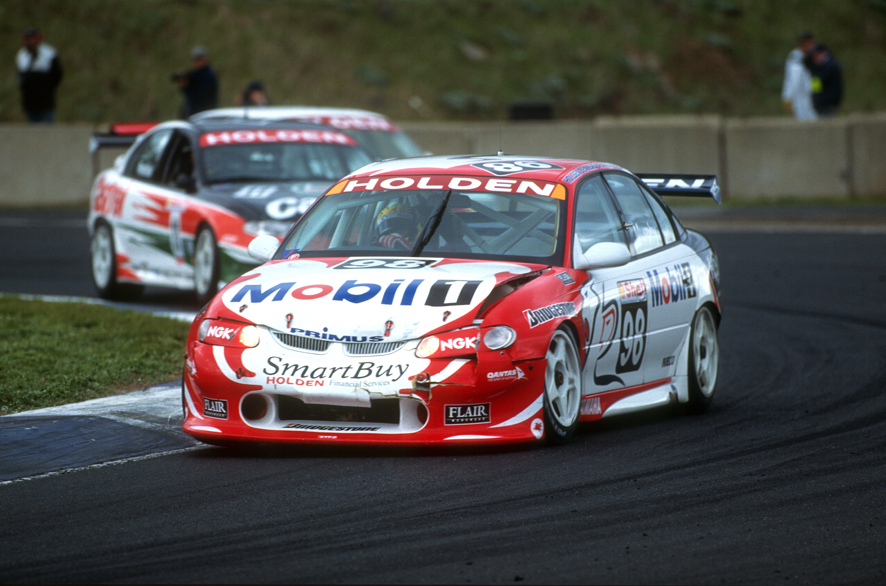 Lowndes parked his existing VS Commodore and took over the new VT for the Darwin and Oran Park rounds, using it to clinch his second ATCC/V8 Supercars Championship crown. 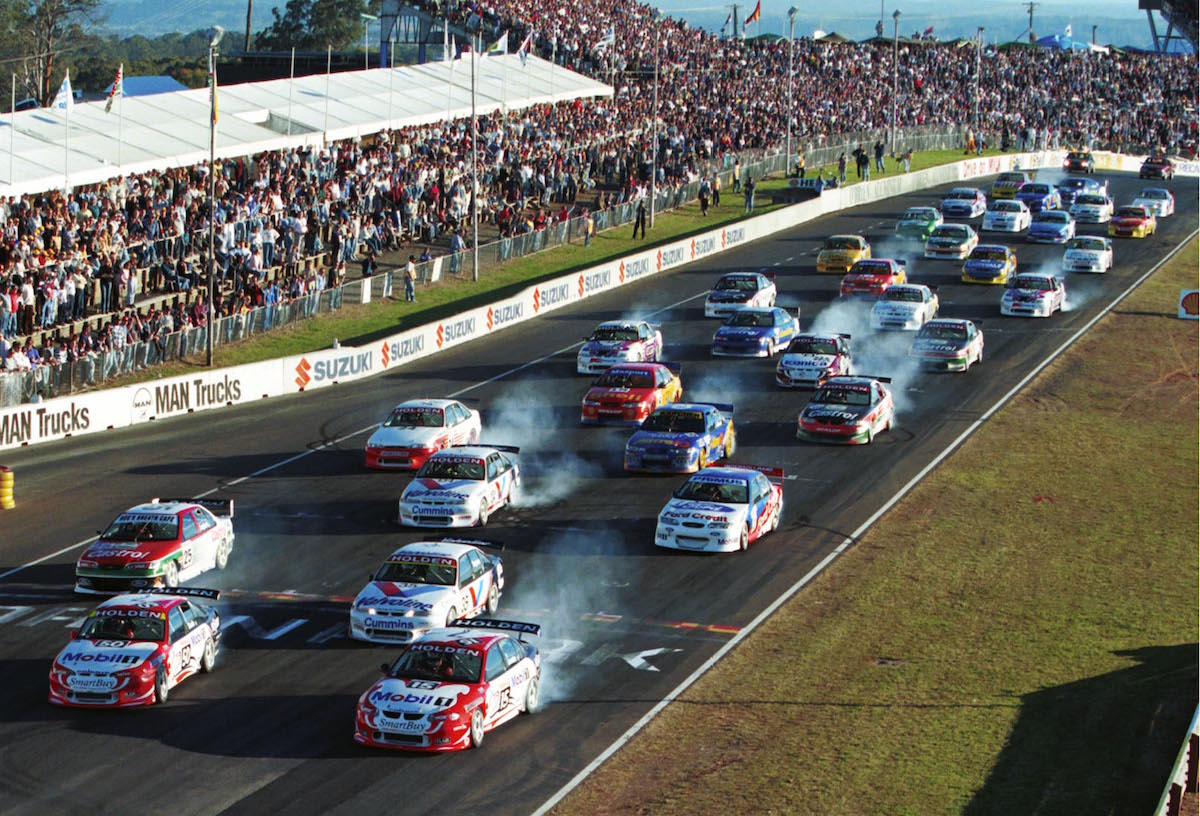 Lowndes, joined by teammate Mark Skaife, kept chassis 037 for the endurance races. The pair finished second in the Sandown 500 and Skaife took pole at Bathurst.

The gun driving combination and the new VT Commodore dominated the 1000-kilometre November classic (yes, it wasn’t held in October that year!) before a series of blown tyres ruined their chances. They recovered to finish sixth.

Lowndes began the 1999 season with chassis 037 (including its victory at the Adelaide meeting) before switching to a new car from the Sandown round in June.

His Sensational Adelaide 500 winner was then sold to South Australian businessman James Rosenberg and driven by Mark Poole in John Deere colours for the remainder of 1999. 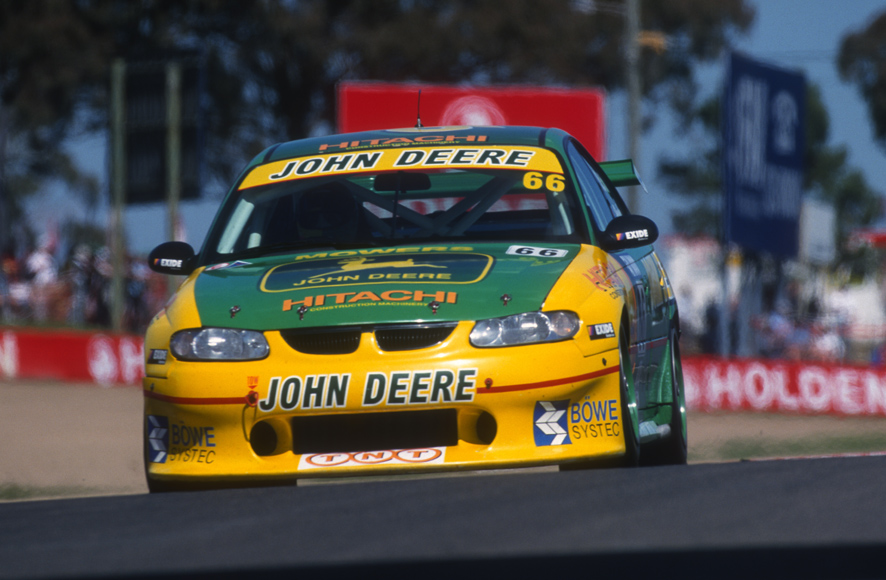 Rosenberg and Poole campaigned the green and yellow Holden into the 2000 season before it was sold mid-year to Paul Morris’ Big Kev Racing. Morris made his debut in the car partnered by former 500cc World Champion Kevin Schwantz in that year’s Queensland 500.

Brit Matt Neal co-drove with Morris at Bathurst and became embroiled in a controversial incident with Neil Crompton and Mark Skaife that effectively removed both drivers from race-winning contention.

But Morris and his ex-HRT Commodore would hit the headlines the following season when he claimed victory in the Calder round in Melbourne, the last time the V8 Supercars Championship ever competed at the venue. 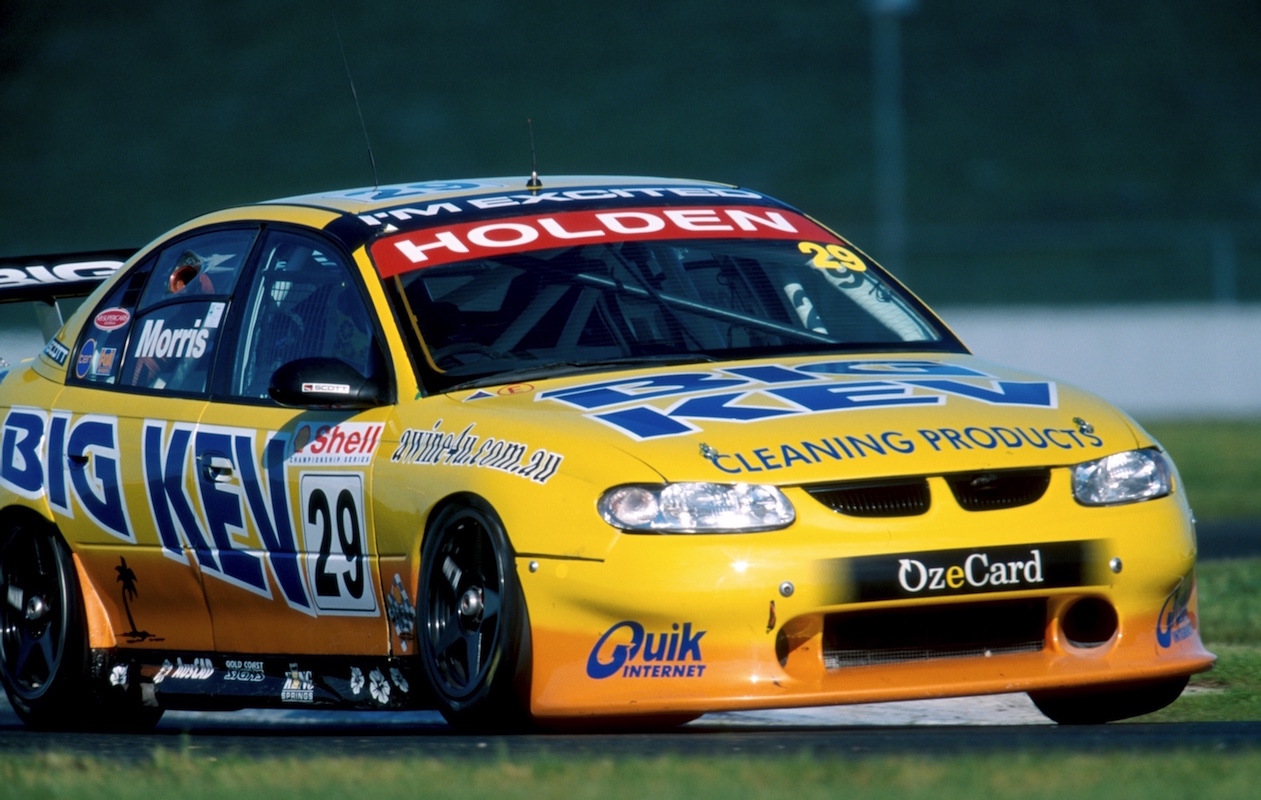 Morris retained ownership of the car for the next two years although it saw very little track time within this period, emerging for the 2003 endurance races running under the #24 Romano Racing franchise.

The car was sold to Greg Murphy Racing in 2004, fitted with a six-litre engine, updated to VY bodywork and shipped off to New Zealand where Murphy used it as a ride car to give race fans the ride of their lives at various venues.

The car remained in New Zealand until 2006 when it was shipped back to Australia to again be used as a ride car, this time for Tasman Motorsport.

In 2008 the long process began of restoring chassis 037 back to its 1998 HRT specification and livery with a view to selling the car into the collector market.

The restored car appeared as part of the 50th Anniversary celebrations of the Australian Touring Car Championship at Sandown in 2010 and also at the 50th year celebration Supercheap Auto Bathurst 1000 at Mount Panorama in 2012. 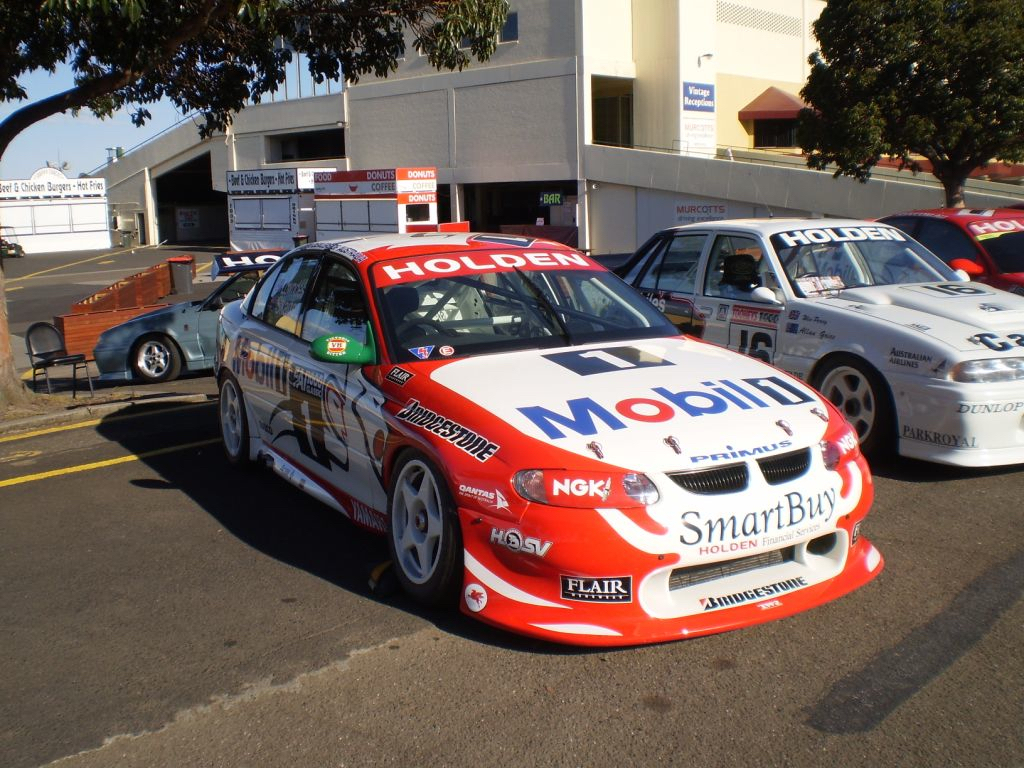 The car has also spent plenty of time on display at the National Motor Racing Museum at Bathurst, scene of its pole position lap back in 1998. That seems like yesterday but it’s already 18 years ago!

Saturday Sleuthing will take a break next weekend but will return with another story on a legendary car – one from the Group C era of the 1980s – following the Clipsal 500 race weekend.

If there’s a car you’d like to see featured in the future, contact the V8 Sleuth via the following methods below: