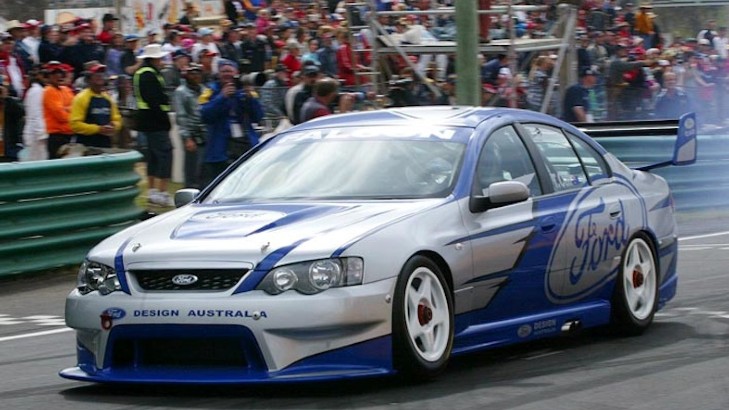 FORD fans endured a miserable time in V8 Supercar racing in the late 1990s and early 2000s with the Falcon AU model completely and comprehensively beaten by Holden's VT and VX model Commodore.

But all that changed with the introduction of the new BA Falcon in 2003 under 'Project Blueprint' regulations, effectively standardising the underpinnings of both the Commodore and Falcon.

While the BA Falcon made its racing debut in early 2003, a prototype car was built by Ford Australia the previous year.

Many V8 Supercar fans will recall Dick Johnson taking then Ford boss, the late Geoff Polites, for a lap on race morning at Bathurst in 2002 to unveil the BA racer. 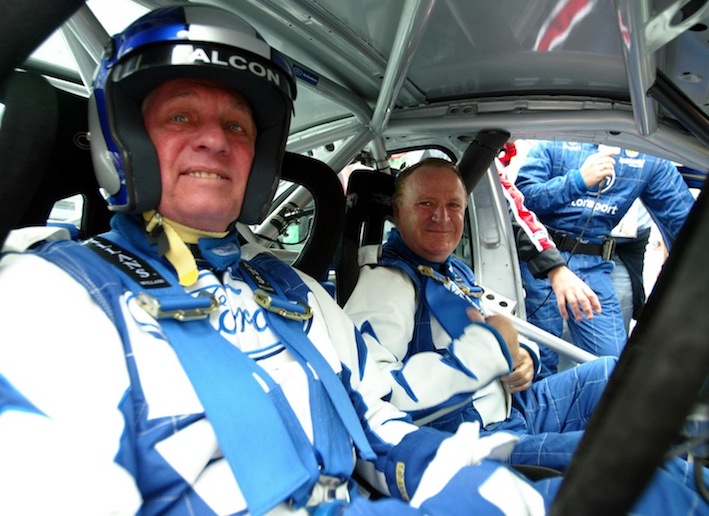 That particular car never was turned into a racing V8 Supercar - so what on earth happened to it?

Rest easy blue oval fans, our V8 Sleuth Aaron Noonan has found it - and there's been a bit happening with it!

The car we're focusing on was a prototype car built in-house by Ford in 2002 using a chassis initially built for the company by Peter Beehag in Queensland.

It was tested by Ford legend Dick Johnson at the Ford proving ground at the You Yangs in late 2002 before Johnson ran demo laps at Bathurst with Polites, as mentioned above, on race morning that year.

"It was an emotional ride," Polites said afterwards.

"I didn't think it would be, but it was. This is three years of hard work. It's been such a long drive and the last three years have been extremely hard - we've copped a lot of flack." 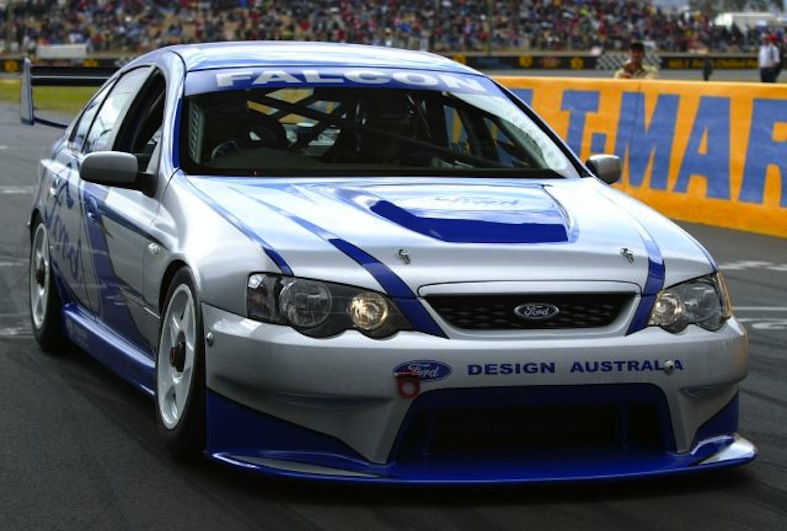 The prototype BA Falcon was never intended to be turned into a race car after its completion, instead intended to revert to show car/demo car status after the homologation of the new model had been completed.

While it never saw a racetrack at speed, the T1 chassis did however come in handy for Ford a few years down the track.

It was used in early 2006 as part of a TEGA aerodynamic test at the East Sale RAAF base in Gippsland before running at the Woomera rocket range later that year with 2006 DVS Champion Adam Macrow at the helm.

Triple Eight ran the car on behalf of Ford as aero testing between the existing model Falcon and soon-to-be-introduced VE Commodore was undertaken.

It spent time in display on display at the Ford Discovery Centre in Geelong, Victoria, before then coming in handy for the next prototype V8 Supercar.

FPR - now Prodrive Racing Australia - stored the car at its headquarters in Melbourne and when the new FG Falcon prototype (dubbed T2) was being completed in 2008, the T1 chassis came in very handy.

Ford used as many parts as it could from the T1 car to put into T2 to help cut costs. The engine, gearbox and suspension from T1 were all removed from the BA and installed into the FG to get it up and rolling for testing.

In April 2008 there was some interest in turning the BA prototype into a racer.

DVS driver Colin Sieders was involved in a major accident at Wakefield Park in his existing Falcon and made enquiries to FPR about purchasing it.

However, new roll cage rules had been introduced into the category since the construction of the BA prototype in late 2002 and major modifications to the main roll hoop would have had to be made to meet thickness requirements under the new rules - and thus nothing eventuated.

Our last contact with FPR/PRA on this car was a few years back and Team Principal Tim Edwards informed us the T1 chassis was in Wodonga with the Motorsports Training Australia TAFE program being rebuilt by its motorsport students. 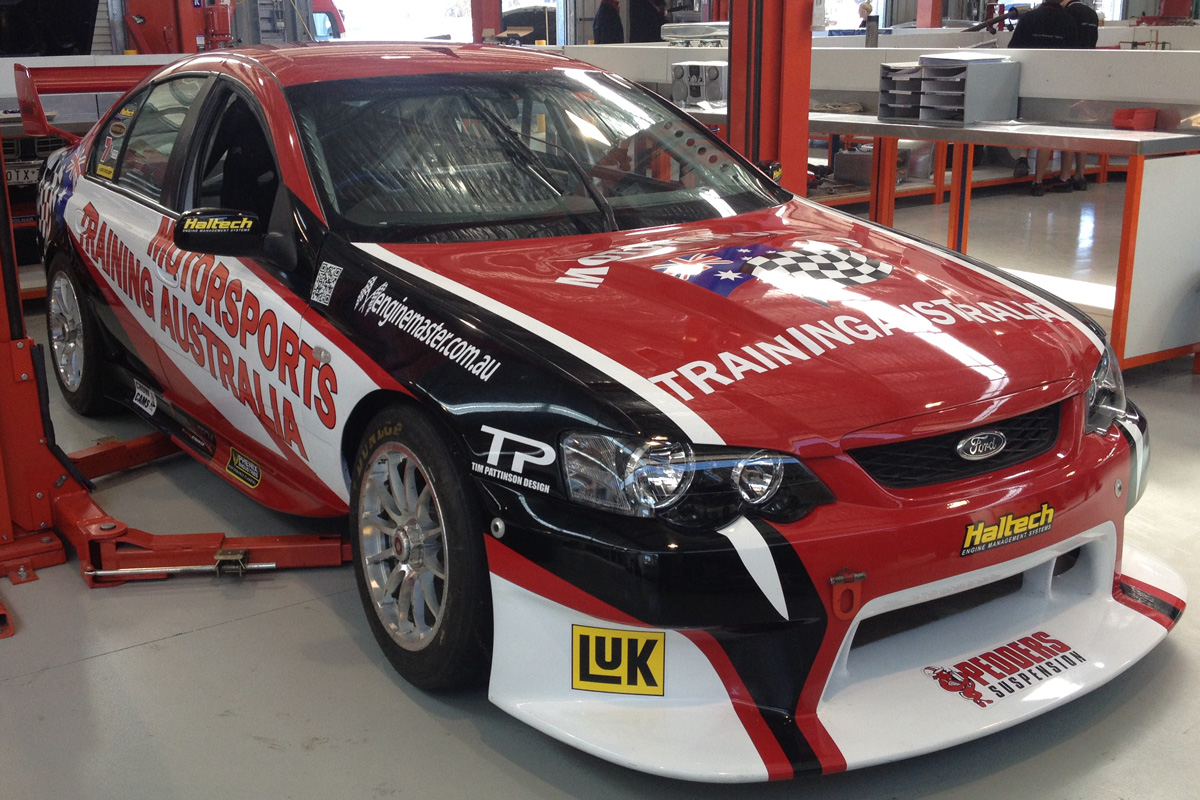 Ford donated the empty chassis to MTA in 2008 and from there MTA purchased all the suspension, differential, brakes and transmission elements required from Brad Jones Racing's old stock of Falcon spares.

Students reconditioned and fitted all the parts over a two year period, which in itself took quite a bit of re-engineering given the T1 car had been built some years earlier and many updates had been released after its completion.

Former student Tim Pattinson - well known now around the V8 Supercar paddock for his livery and design work - designed and implemented a new MTA livery to the Falcon with students re-manufacturing the lower side skirts and dash face and making a rear wing in composites classes.

A complete wiring loom and data harness was manufactured the following year and the fuel system and diff and gearbox cooling systems plumbed. 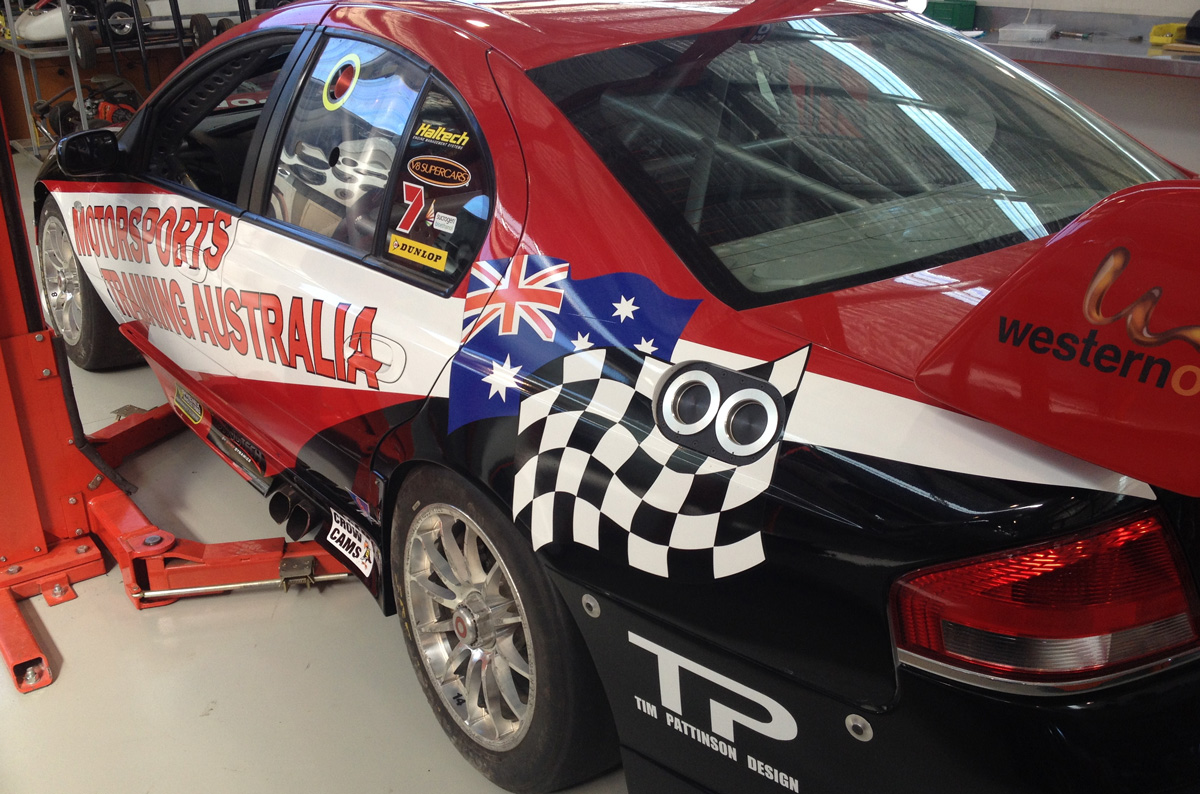 In 2012 MTA purchased an ex-BJR Falcon engine from DVS team Novocastrian Motorsport and students fully rebuilt and fitted it before the exhaust system was fabricated the following year.

Nissan V8 enduro driver - and former full-time driver - Dean Fiore helped with headers and these were modified to fit as well as a muffler from BJR's Commodores being grafted on in fabrication classes.

Wodonga TAFE Business Manager Stuart Membrey told us this week that it had been hoped to have the car on track late last year.

It has the engine installed and running and it's intended for this car to now be out and running sometime this year, dependent on lining up its preparation for on-track running with the relevant blocks for race car preparation in the teaching schedule.

The MTA has it own racing circuit on-site, which will be where the car will run its first shakedown tests when it's ready. The same facility was used a few years ago by BJR for the shakedown of its first Car of the Future chassis. 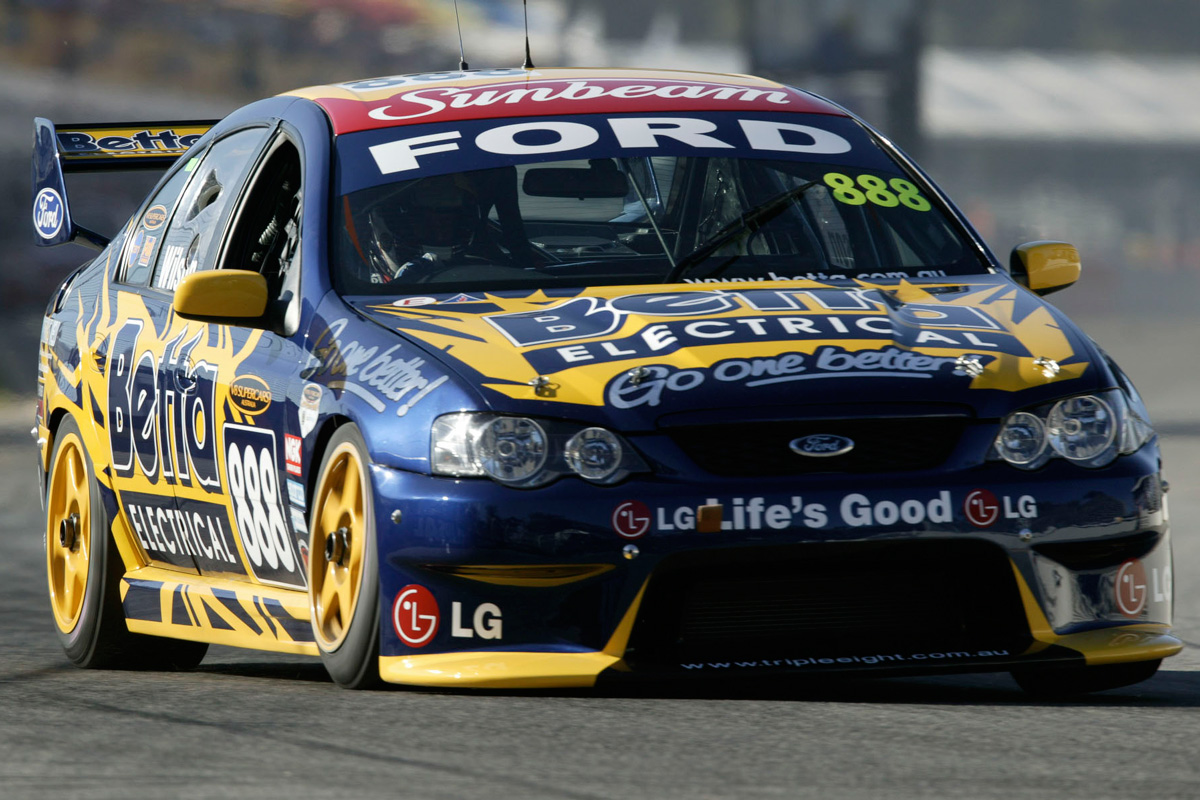 While it never actually competed in a race, it set the wheels in motion for the successes that followed with that model between 2003 and 2006 with the results largely achieved by Stone Brothers Racing and Triple Eight Race Engineering.

BA Falcons won the championship three years in a row from 2003 to 2005 with SBR and drivers Marcos Ambrose and Russell Ingall, including an Ambrose/Ingall 1-2 in 2004. 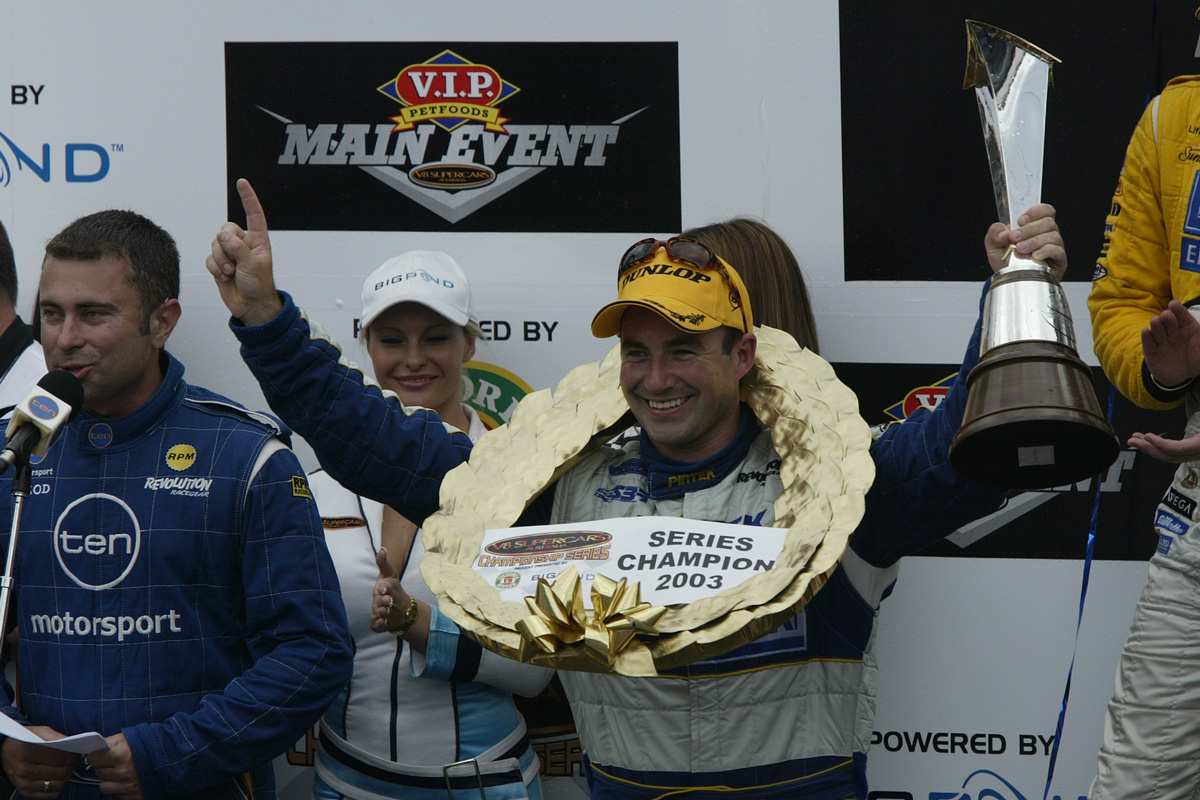 Saturday Sleuthing returns next week - if you have a suggestion for a car story, some information or want to give some feedback, contact the V8 Sleuth via the following methods: