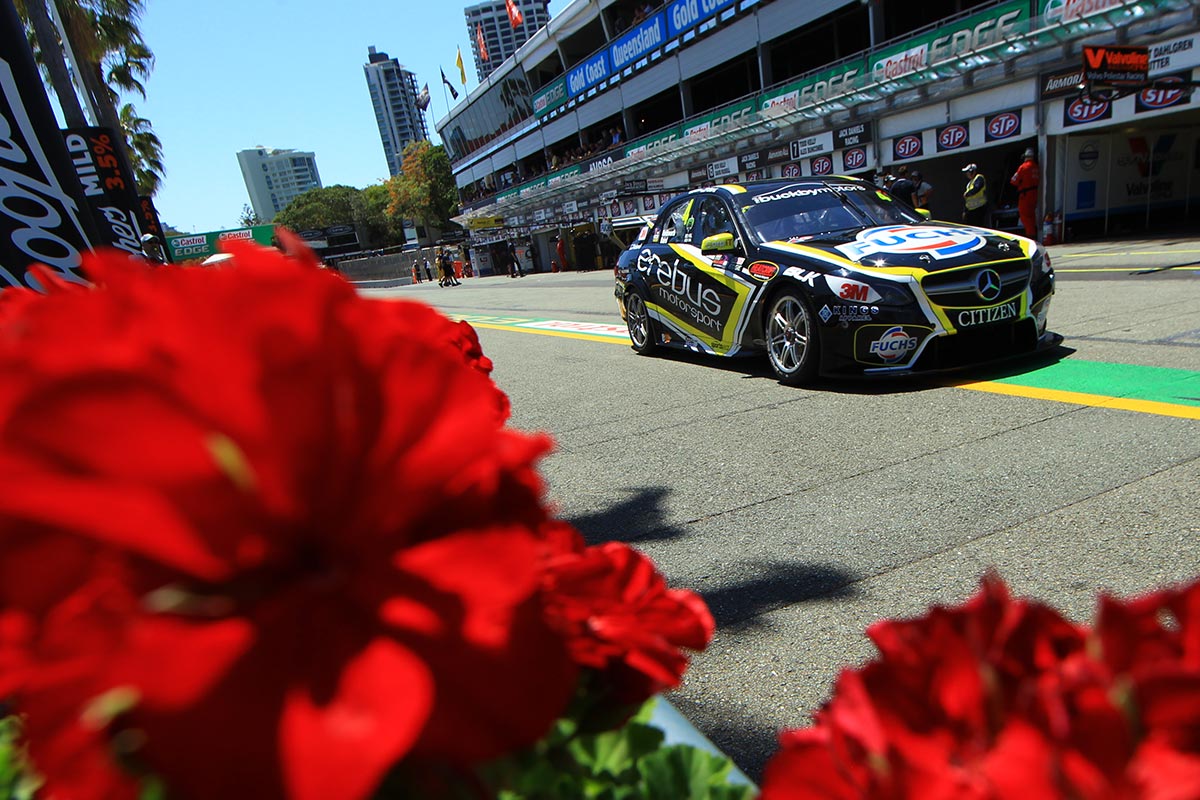 This week on Saturday Sleuthing we look back at a Supercar with one of the most unusual tales of the Car of the Future era.

FLASHBACK: THE RACE THE EREBUS MERCEDES BROKE THROUGH

While many of the current generation of cars have received model upgrades throughout their frontline lives – think of the Commodores upgraded from VF to ZB, or the Falcons that became Mustangs – but very few chassis have undergone a mid-life manufacturer switch.

The first car to do so was one of the very first Car of the Future machines to hit the track for testing in late 2012.

SBR COTF 22 was the final Supercar built by Stone Brothers Racing and the only Car of the Future built to completion by the team before it became Erebus Racing in the 2012/13 off-season.

Along with campaigning its suite of three outgoing ‘Project Blueprint’ era FG Falcons through the 2012 season, SBR worked in the background on building up its first Car of the Future chassis – also wearing FG Falcon bodywork and fitted with a Ford V8 engine.

The process of building a Car of the Future was quite different to building the previous generation of cars – firstly, a team had to be anointed by Supercars’ technical team as an Accredited Chassis Manufacturer. 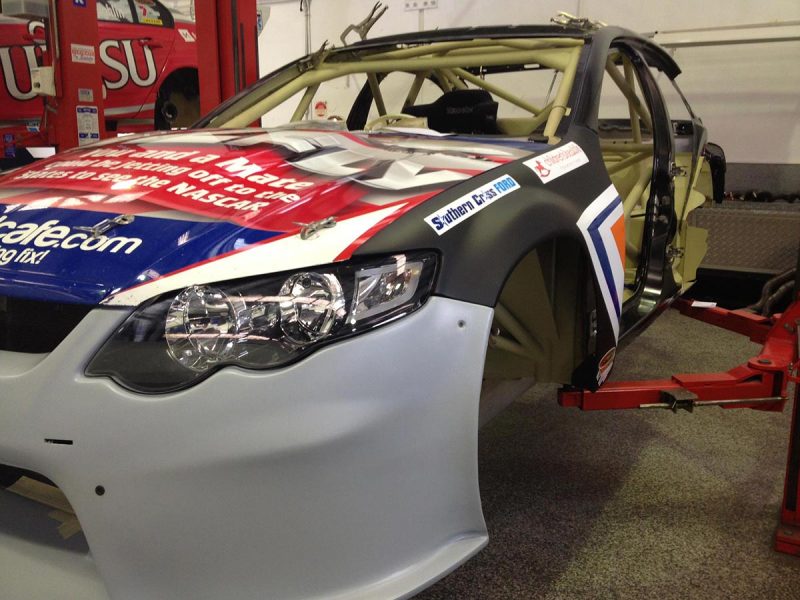 The next step for most teams was to determine how they wanted to receive the control chassis from PACE Innovations, either as a kit or as a completed chassis sans mechanical components or bodywork.

SBR opted for the kit, consisting of a 2B chassis frame (essentially the roll cage from the front firewall to the rear roll hoop) welded up by PACE to the team’s specifications, plus all the remaining components to finish the build of the cars itself.

Delays in receiving outsourced rear end componentry pushed back the car’s planned September shakedown; in the meantime came an announcement that led to this car’s double-life.

Three days after the Sandown 500, Stone Brothers Racing announced it was merging with Erebus Motorsport – later clarified as a complete purchase and takeover – and revealed the team was switching from Ford to Mercedes-Benz AMG machinery for 2013.

That meant SBR COTF 22’s days as a Ford were numbered, even though it had yet to turn a wheel. 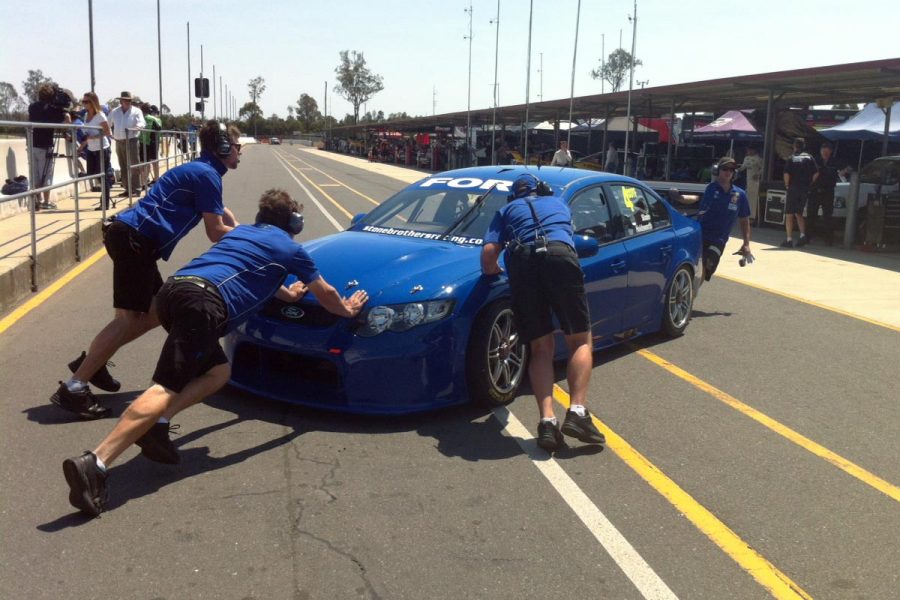 The blue FG Falcon finally hit the track at Queensland Raceway a month after the announcement, during the international co-driver test day ahead of the Gold Coast 600.

Then SBR driver Lee Holdsworth completed 20 shakedown laps in the car, turning it over to teammate Tim Slade to complete a further 40 or so laps to collect data to help Supercars determine the cooling requirements for the Car of the Future’s new transaxle setup.

The laps were the only time the car ran as a Ford, and marked the last time SBR COTF 22 was seen in public for almost two years.

The renamed Erebus Motorsport built three new Mercedes-bodied and powered Car of the Future chassis for its debut season, while our feature car – rechristened SBR22-EM00-2012 in honour of its place in both SBR and Erebus history – served as the team’s spare.

Its Ford engine and panelwork removed, the car was stripped back to a bare chassis and the brackets needed to fit the team’s new Mercedes-Benz E63 AMG panelwork fitted. 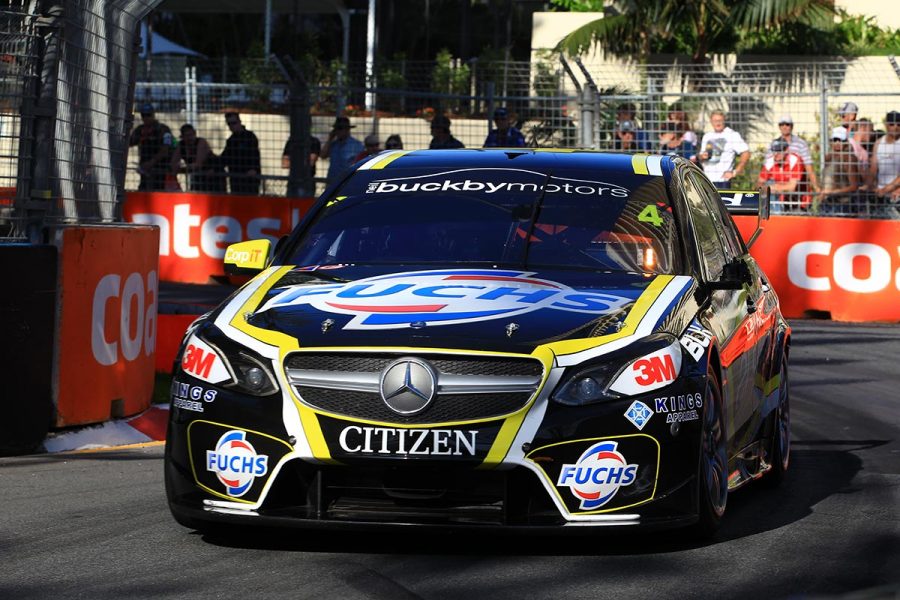 The car remained this way until late 2014 when a series of incidents saw its Ford-to-Mercedes transformation finally completed.

Holdsworth and his race chassis – the car dubbed ‘Freyja’ by team boss Betty Klimenko – were involved in two major crashes at the Sandown 500 and again at the Bathurst 1000.

The extensive damage from the latter crash prompted Erebus to press the spare – dubbed the ‘Franken-Merc’ by the press – into action for Holdsworth and co-driver Craig Baird for the Gold Coast 600.

Holdsworth continued to race the car for the remainder of the season, and SBR22-EM00-2012 remained the team’s #4 car into 2015 with new driver Ash Walsh. 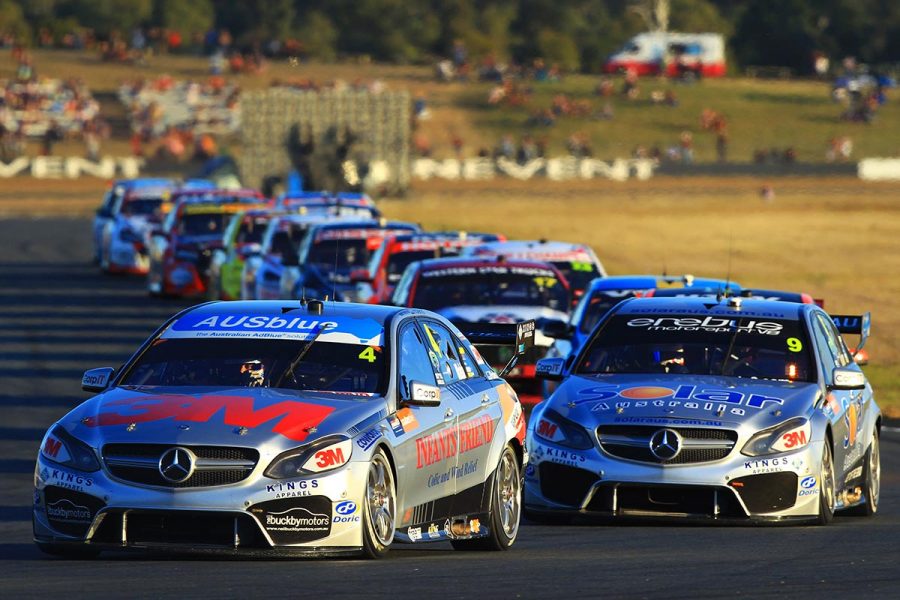 The main game rookie endured a tough maiden season but drove the car to its best race result at the season-opening Adelaide 500, claiming eighth place in Saturday’s second 125-kilometre sprint, while Walsh’s best qualifying result of seventh – ahead of teammate Will Davison – came at his and the team’s home race at Queensland Raceway.

This car also gave Jack Le Brocq his first Supercars Championship race start, pairing with Walsh for the Enduro Cup, while then-V8 Utes racer Adam Marjoram had his first laps in a Supercar aboard SBR22-EM00-2012 at a team ride day the day after the Queensland Raceway round.

Walsh sat out the final two rounds of the season as Erebus put Dean Canto in for the Phillip Island round, while Alex Davison drove the car in the season finale at Sydney Olympic Park in what proved to this chassis’ final racing appearance. 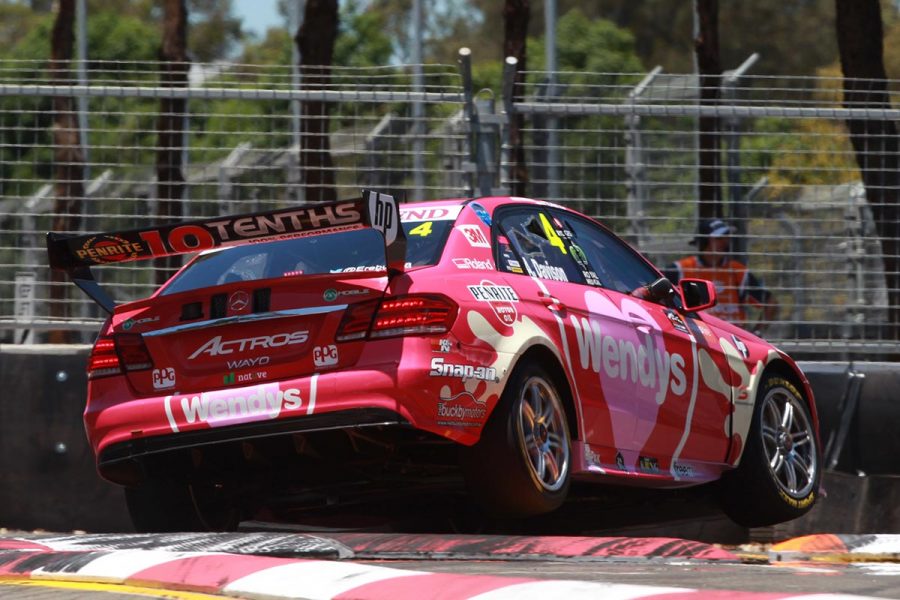 The death-knell of the Mercedes program rang a few weeks later when Erebus announced it would race Walkinshaw Racing-sourced Holdens in the 2016 season.

Erebus also shifted its Supercars operations from the former SBR facility in Queensland down to Melbourne, where SBR22-EM00-2012 remains to this day.