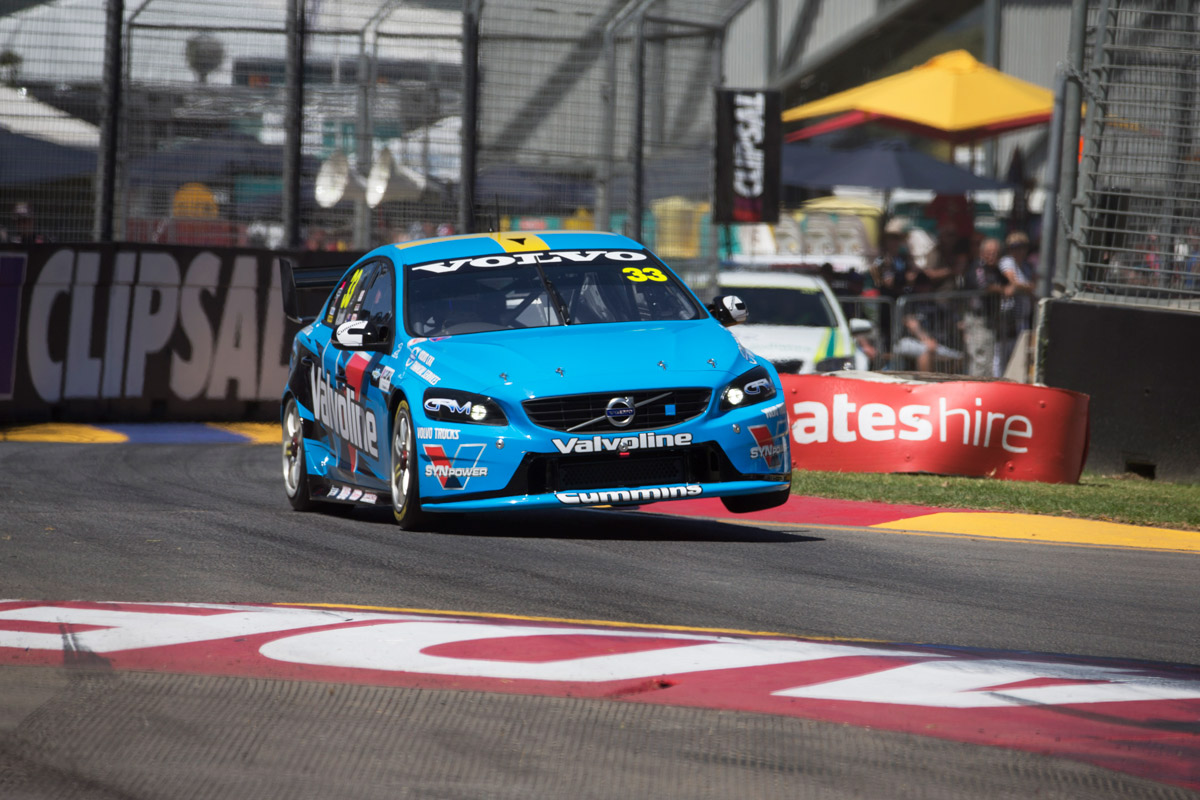 This week Saturday Sleuthing is looking back at the car that established Scott McLaughlin as a regular front-runner in the Supercars Championship and one of the category’s breakout stars.

It’s also a rarity in Supercars terms: our feature car is one of just three Volvo S60 race cars built by Garry Rogers Motorsport during the Swedish company’s three-year stint in the championship, and the only one of the three cars to take part in every round through that period.

Given McLaughlin’s recent run of success aboard cars carrying #17, it’s ironic that the digits are also a core part of the Volvo that he drove throughout his breakout 2014 season.

Chassis GRM 017, as its name suggests, was the 17th ground-up Supercars chassis built by Garry Rogers’ squad – but the second Volvo it built.

The first S60 constructed by the team carried out homologation testing – powered by one of the team’s existing stock of Walkinshaw-built GM engines before the Volvo V8 was ready – through late 2013 as well as launch duties in the new year; that was the car McLaughlin drove over the Sydney Harbour Bridge!

That first Volvo eventually went to new teammate Robert Dahlgren, with McLaughlin’s race chassis shown off mid-construction when GRM announced it had recruited the Swede for the 2014 season. 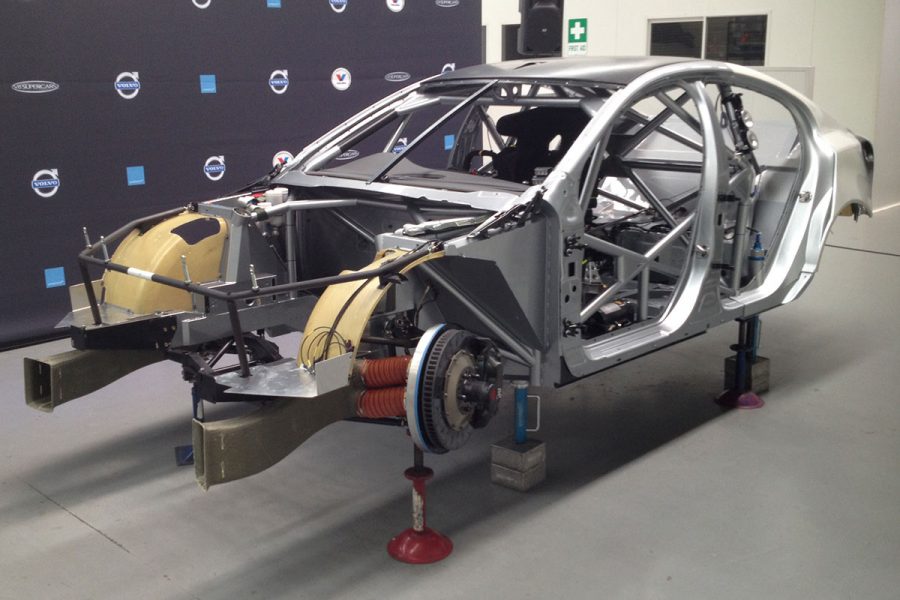 Debuting GRM 017 at the Sydney Motorsport Park pre-season test, the McLaughlin/GRM/Volvo combination made an immediate impression at the season-opening Adelaide 500.

2014 saw the 250km Saturday race split into twin 125km sprints for the first time in the event’s history, with the second race beginning near sunset to push it into television prime-time.

McLaughlin put GRM 017 on the front row for the second race but was beaten off the line by polesitter Craig Lowndes, who romped away to score a lights-to-flag victory.

However, it was McLaughlin’s fierce battle for second with Jamie Whincup that stole the show.

The pair traded paint early, Whincup snatching second place away on the second lap as the pair ran side-by-side from the Turn 9 hairpin to Turn 12.

The Volvo was back ahead as the laps waned, the then five-time Supercars champion applying the blowtorch to the #33 Volvo’s rear bumper.

Their last-lap battle has become the stuff of legend: Whincup once again took second place by going around the outside of McLaughlin at the Turn 9 hairpin, the pair running door-to-door all the way through the next few corners before the Holden edged ahead coming out of Turn 12.

Whincup blocked to the inside at the final hairpin but ran wide, McLaughlin giving GRM 017 the now-famous ‘jandal’ to take the chequered flag in second place.

Adding to the atmosphere were the raucous cheers of the spectators in the Adelaide street circuit’s vast main straight grandstands, which was packed to the rafters for the Saturday evening sprint. 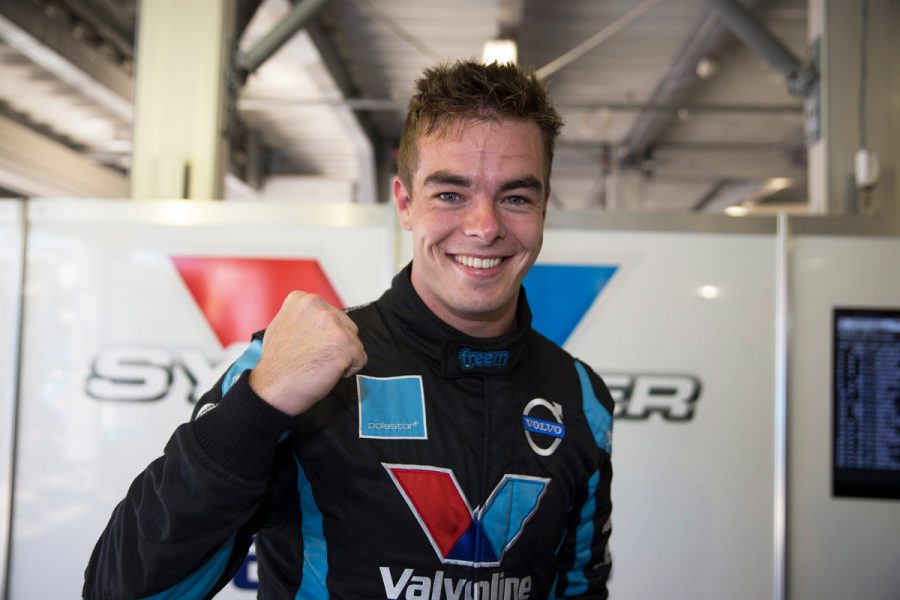 As much as the battle was thrilling, it was McLaughlin’s jubilant post-race interview – punctuated by an enthusiastic expletive – that helped establish him as a favourite among fans.

“I’ve never been this happy second!” he said.

“I was an idiot, I slowed down too much. I should’ve blocked him a bit better but he got me, and then we went side-by-side. It was pretty good racing!

“I don’t know what happened (at the final corner); I just plucked it in first, gave it some jandal and f*** yeah!”

He wasn’t able to repeat the fairytale the next day – he retired from third place in the Sunday race with a handful of laps to go – but McLaughlin didn’t have to wait too much longer for his first Volvo victory.

Carrying a cartoon of the Kiwi with an over-sized ‘jandal’ on the roof, the Swedish marque’s first Supercars-era race win came in the fourth and final race of the non-championship sprints at Albert Park during the Formula 1 Australian Grand Prix, the victory enough to secure McLaughlin the overall event win.

McLaughlin remained aboard GRM 017 for the remainder of the year, claiming his first championship pole position at Winton, then the S60’s first points-paying win at Barbagallo.

All up McLaughlin took five race wins through the 2014 season on his way to fifth place in the standings and claimed 10 pole positions, only losing the ARMOR ALL Pole Champion Award to Whincup on a countback.

McLaughlin retained GRM 017 into the 2015 season, one that proved a tough one for Volvo.

The tone was set early: a spectacular mechanical failure on the formation lap put McLaughlin out before the first race of the season at Adelaide had even begun.

After the Kiwi moved into a brand-new chassis for Barbagallo, new teammate David Wall raced GRM 017 for the remainder of 2015 before new GRM recruit James Moffat took over the car for the 2016 season, one which proved to be Volvo’s swansong.

The car made the highlight reels for all the wrong reasons at the Sandown 500, where Moffat was paired with James Golding. 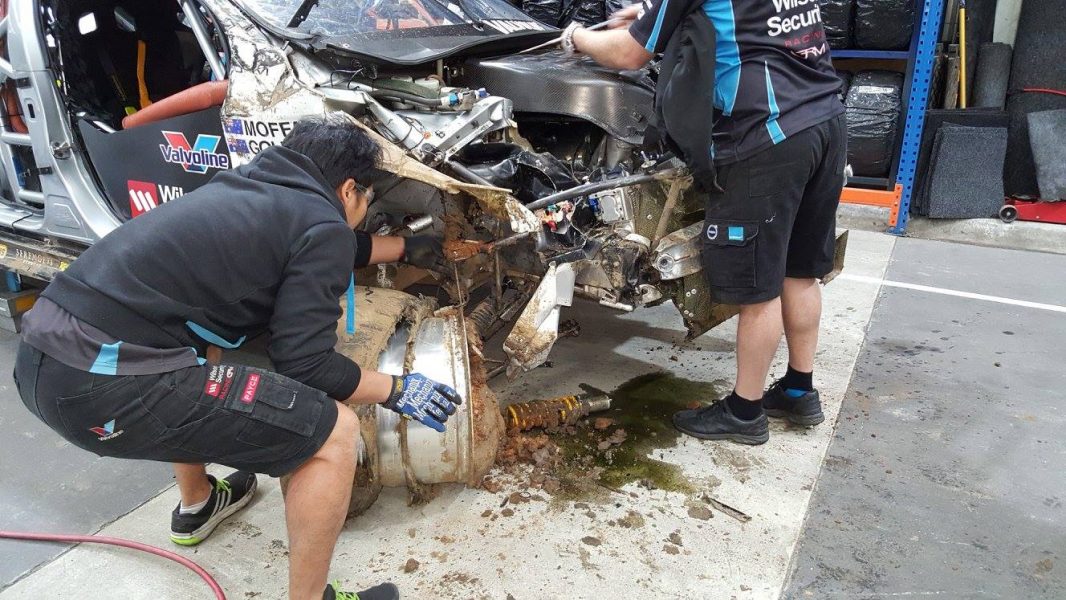 Starting fourth on the grid, a tyre went flat on the retro-liveried #34 down the back straight; unawares, Golding speared straight-on at the Esses and slammed heavily into the barriers.

Fortunately Golding was unhurt – he turned laps in his Dunlop Super2 Series car at the team’s ride day the next day! – but GRM 017 required substantial repairs ahead of the Bathurst 1000, where a fiery engine failure put the duo out.

They enjoyed better fortunes at the Gold Coast 600, Moffat and Golding taking home fifth place in the Saturday race.

Moffat rounded the car’s competition career out with a 10th-place finish in the final race of the season-ending Sydney 500, the last Supercars race at Sydney Olympic Park and the last for Volvo in the championship. 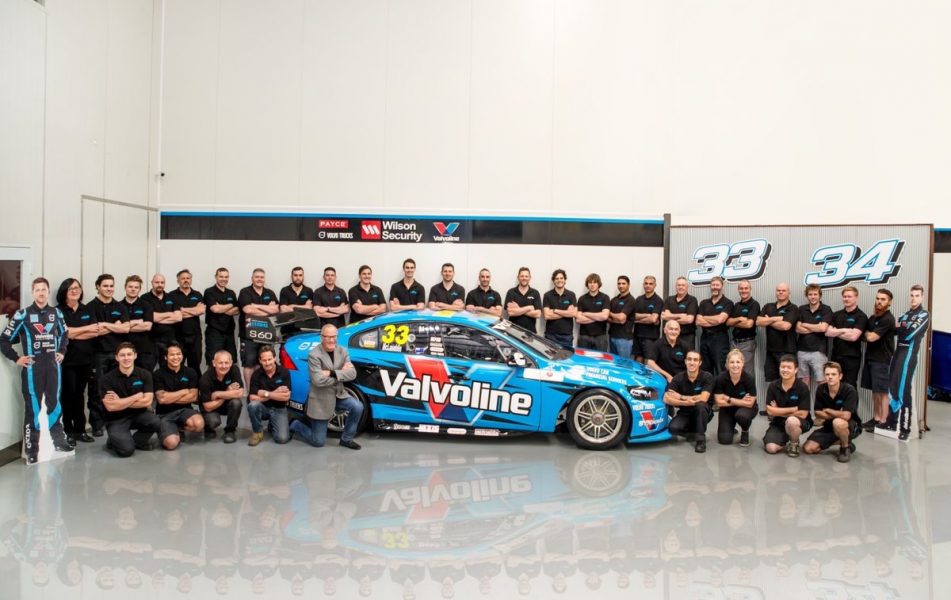 Both of GRM’s active race cars were sent to Sweden at the end of its contract, and now both live in Gothenburg.

While McLaughlin’s 2015/16 car went to Volvo’s museum, GRM 017 is on display 20 minutes up the road at the headquarters of Cyan Racing, the outfit formerly known as Polestar which, at the time handled Volvo’s performance vehicles and factory touring car efforts.