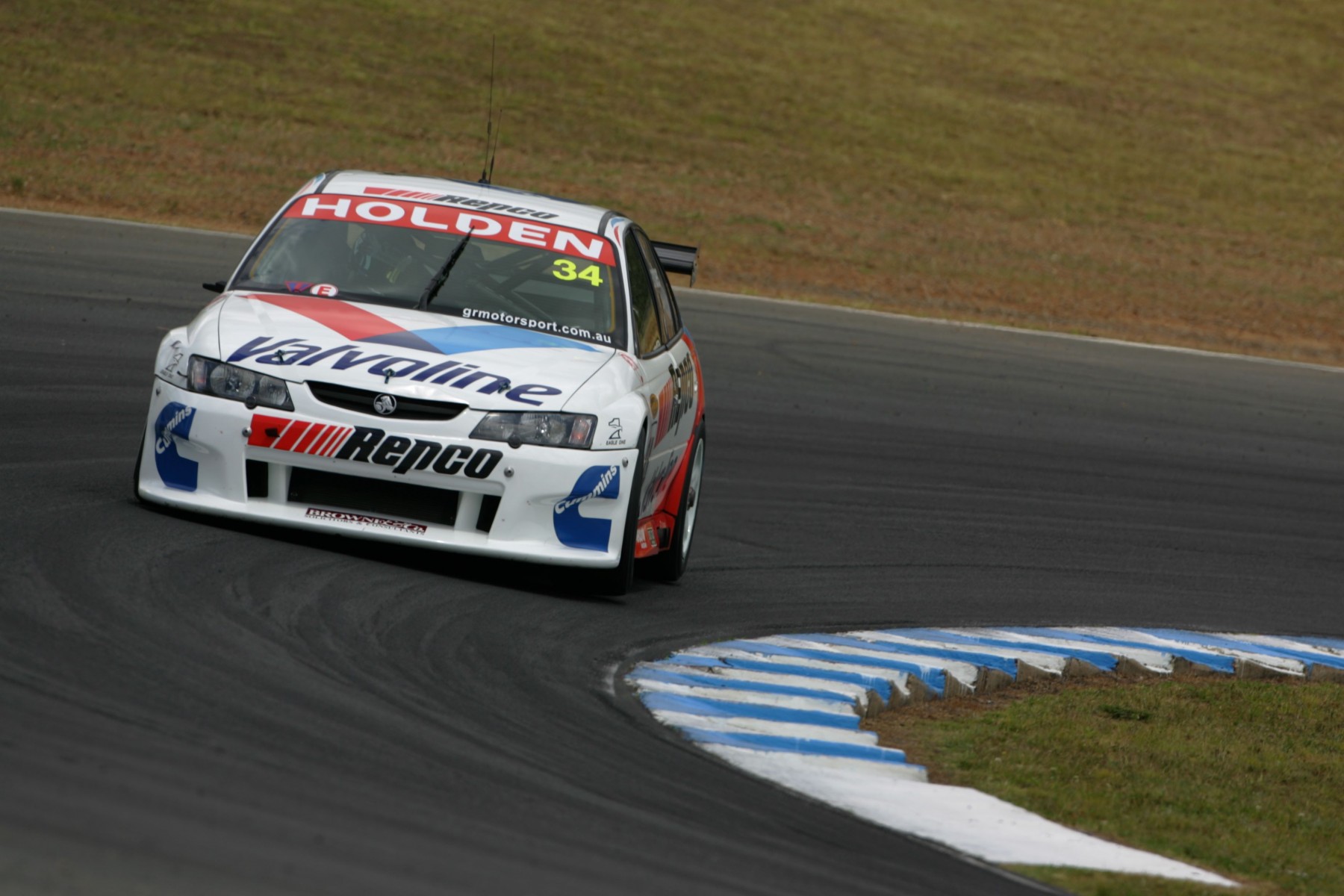 Next weekend’s Clipsal 500 in Adelaide is a case of ‘what’s old is new again’ as Garth Tander makes his first Virgin Australia Supercars Championship appearance for Garry Rogers Motorsport since the end of 2004.

Given his return to the team that gave him his Supercars career break, it’s also appropriate for Saturday Sleuthing’s return for 2017 to feature a recently-restored former Tander GRM Commodore that just so happens to be the car the three-time Bathurst winner drove in his last GRM appearance at Eastern Creek in 2004.

In the case of Michael Wedge, his recent acquisition of GRM VY06 came together very quickly after beginning the project to get his hands on a Supercar from the past. 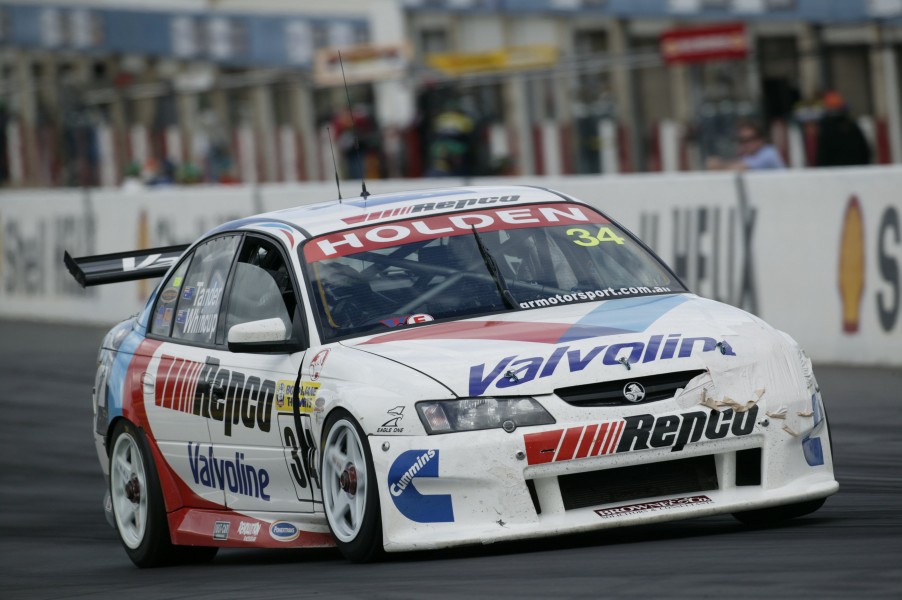 The Queenslander’s name may be familiar to eagle-eyed racing fans given he raced a Monaro in Touring Car Masters a few years ago, the very same car driven by the late Jason Richards at Bathurst in 2011.

“I just picked the GRM car up this month,” he told our V8 Sleuth this week.

“I have wanted one for a while and spoke to (Kumho V8 Touring Car driver) Jim Pollicina, who reckoned to aim at buying one with good history and a recognisable livery. That took me to Aaron Tebb, who I know. So the car was repainted, re-stickered to its 2004 Valvoline livery and I’m now its proud new owner.

“I’ve always wanted a Supercar but never had the opportunity until now. So I just bit the bullet and went and did it. I’ll take it out for events like the Lakeside Classic to keep it running, these cars don’t like sitting around for long without moving!

“I had actually done the deal to buy the car before I knew that Garth Tander was going back to GRM, so it’s kind of funny how it’s all worked out.” 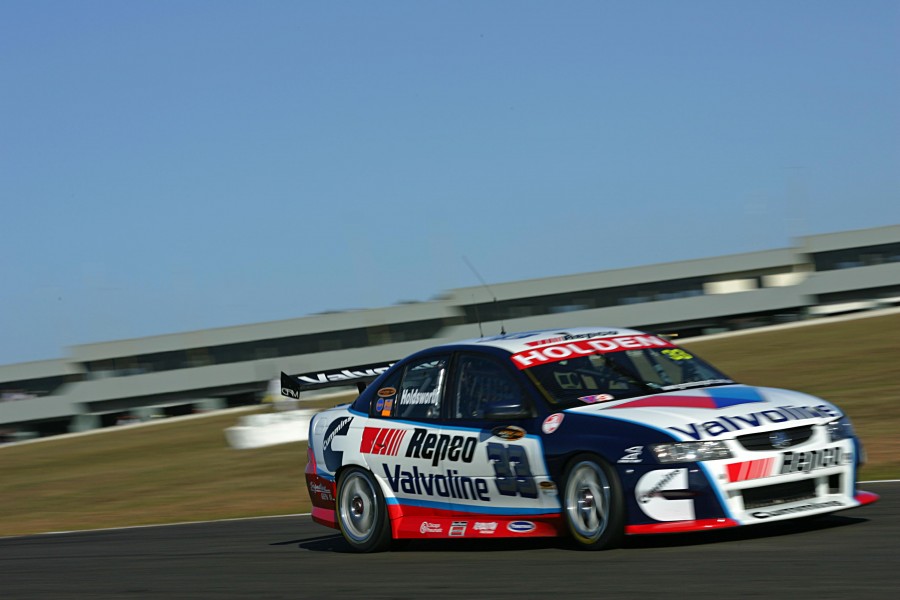 Debuting in the 2003 Sandown 500 in the hands of Tander and Nathan Pretty, this particular car featured a unique ‘X bar’ roll cage design behind the front windscreen when it was first built, though this was later removed.

Jamie Whincup shared with Tander at Bathurst that year though crashed, forcing the duo to be delayed for repairs (though Tander did set the fastest lap of the race that day) before Tander ran the car for the remainder of 2003 and then again in 2004.

Podium finishes at Eastern Creek and Queensland Raceway were highlights of that season for driver and machine, so too was a fourth place in the Sandown 500 with Cameron McConville as co-driver.

However there were some solid hits for this car that season. A huge crash at Turn 8 during the Sunday warm up at the Clipsal 500 meant the #34 Commodore missed that day’s race and it was also involved in a spectacular hit at Bathurst; squeezed into the wall at the top of Mountain Straight in a clash with the Orrcon Ford of former GRM driver Jason Bargwanna and a young Mark Winterbottom. 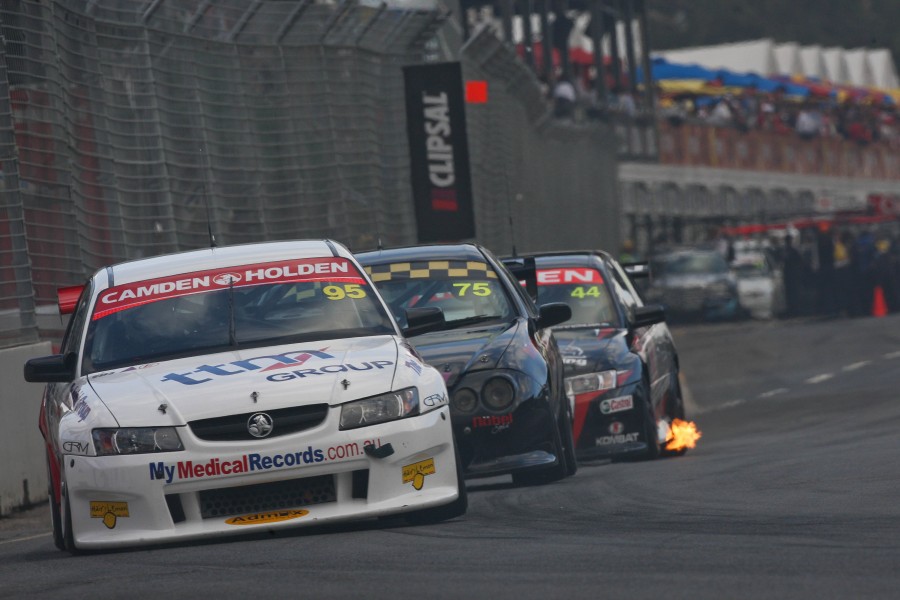 The car became Andrew Jones’ #34 Commodore when he joined GRM in 2005 before being piloted in the endurance races by Phil Scilfeet and Lee Holdsworth. Jones was dumped after Bathurst so Dean Canto ran this car on the Gold Coast and in Tasmania before Holdsworth raced it in the Phillip Island season finale.

Holdsworth joined GRM full-time in 2006 and VY06 became his #33 Commodore for the season (including a solid third place in the reverse grid Race 2 at Oran Park), save for the enduros where Scifleet returned to drive with Greg Ritter at Sandown. However, Scifleet was replaced for Bathurst by Cameron McLean, giving VY06 yet another pilot to be added to its list of drivers over its lifetime.

The arrival of the new VE Commodores meant this VZ model was surplus to requirements at GRM and was sold off to Sydney Star Racing. It was driven in the 2007 Fujitsu Series by Brett Hobson in the first five rounds before a newer ex-GRM car was acquired for the final two.

Lee Holdsworth’s brother Brett raced the ex-Tander Commodore in the 2008 Fujitsu Series and it then spent 2010, 2011 and 2012 in the Kumho V8 Touring Car Series where it was driven by Stephen Voight, Aaron Tebb and Nathan Garioch.

Saturday Sleuthing will feature on every non race weekend for the remainder of the 2017 season.

Now in its fifth year on Supercars.com, it’s proven to be a popular series focused on the history of individual race cars from over 50 years of Australian touring car racing.