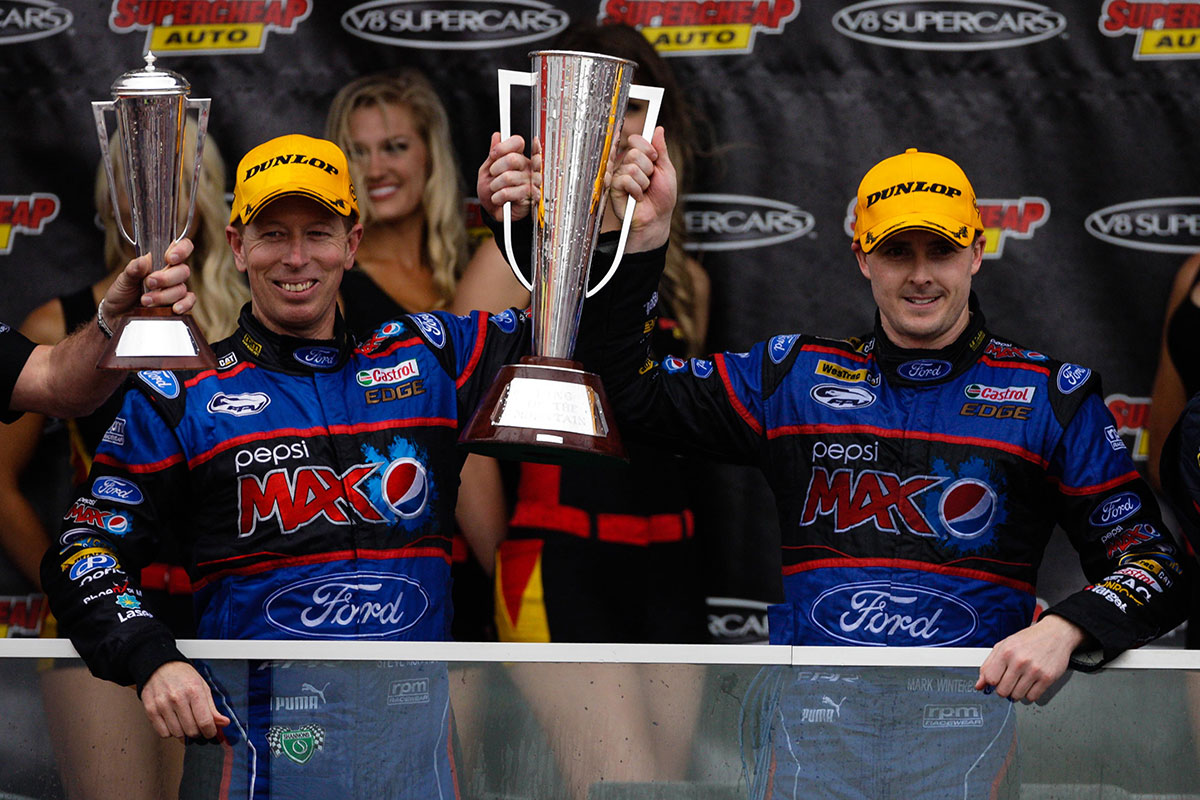 Steven Richards will move past several Supercars Hall of Famers when he lines up for this year's Supercheap Auto Bathurst 1000.

The five-time winner – and reigning champion – will edge ahead of Larry Perkins, Allan Grice, Dick Johnson, Glenn Seton and Bruce Stewart with his 27th start in The Great Race.

While he hasn't raced full-time in Supercars since the end of the 2010 season Richards has been a sought-after co-driver come the Pirtek Enduro Cup, dovetailing the duties with running his own race programs in Australian GT and Porsche Carrera Cup.

But despite being the son of a fellow motorsport legend, Richards the younger didn't always have his sights set on following in father Jim's footsteps.

What does an average day look like for Steven Richards in 2019?

An average day really is just running our motor racing program with our commercial partnerships, and making sure we're acting on the things that we've done to engage with those partnerships. My world is still very much motorsport.

Do you still enjoy it as much now as you did early in your career?

I definitely enjoy it as much, and in some cases enjoy it more. I get to do all aspects of our program. We don't have any full-time staff other than myself and my wife Ange, and we're pretty active in keeping our things active. There's not a day goes by where you're twiddling your thumbs. 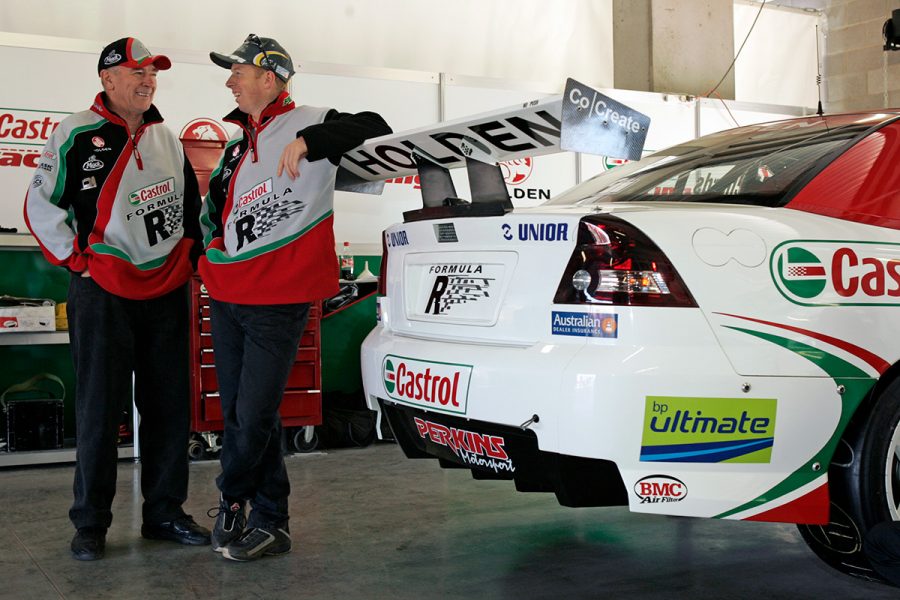 Did you always want to go racing, or was there another career path you though about pursuing?

No, there was definitely never any guarantees.

I probably started go-karts a lot older than most people do because, despite my involvement in it through dad, it never kind of twigged for me that I could become actively involved.

Then a friend of dad's bought a go-kart and I was offered to go for a practice day in it, and that turned the switch. Even at that point it was just go-karting as much as I could on a weekend. One of my mates bought a go-kart as well, and we'd go out anywhere we could, whether it was raining, sunny or snowing.

I understood pretty early what the financial implications were of going car racing. I did my apprenticeship as an aircraft mechanic at Moorabbin Airport with Blue Demon Aviation, and then changed from there: the karting turned into Formula Ford, that turned into a championship, and then I started working in the team I was driving for, which was Garry Rogers.

Garry Rogers figures pretty prominently in your early years in Formula Ford, AUSCAR, Super Touring, and eventually Supercars. How did that relationship come together?

We did our Formula Ford program on our own through those years, but Garry gave us a great opportunity to be involved with Valvoline. That grew into our last year in Formula Ford where we actually moved into Garry's workshop as part of his racing program. 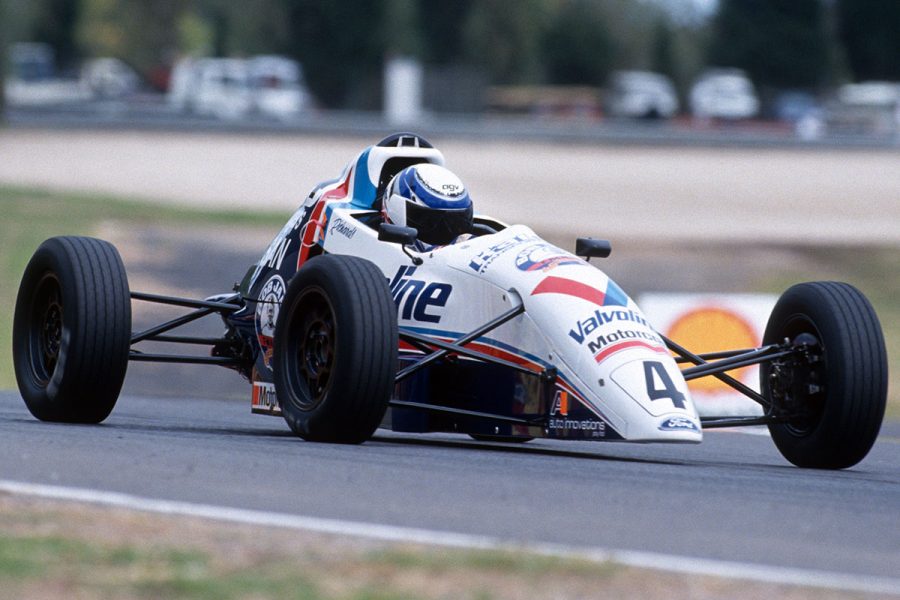 We won the championship that year as Garry was looking to move out of driving himself – particularly at Calder Park Thunderdome in the AUSCAR Championship – and that gave me an opportunity. I'd spend my days working as a mechanic in the race shop and driving on the weekends.

At that time Garry Rogers Motorsport, when I started there, was very different. It was me full-time and another guy, Mike Excel. Over the next six months another couple of people came to the party, but even by the time I left we were a very small team of, I think, eight people.

Do you remember your first laps in a Supercar? Where and when, and what in?

Fred (Gibson) asked me if I wanted to come and have a test in a Winfield Commodore for Gibson Motorsport.

The relationship was there obviously through dad driving for their team, and for many years going and watching Skaifey and chatting to Fred, even to the point where, when we were doing the AMSCAR Series at Amaroo Park in the Formula Ford days, I used to bunk in close by to the Gibson Motorsport guys.

We went out to Calder Park and I had a drive of, I think, the VR Commodore; dad's car. I think I must've had close to a full day of working with those guys while Skaifey was testing.

It was unbelievable. I just remember how much power they had, how well they stopped for a big car … I even remember the smell inside the car of the paint as the exhaust system got hot underneath the car. Lots of great memories.

Looking back now, did you feel extra pressure from being the son of Jim Richards? Did that affect your driving, or the way you approached the sport, the fans, the media? 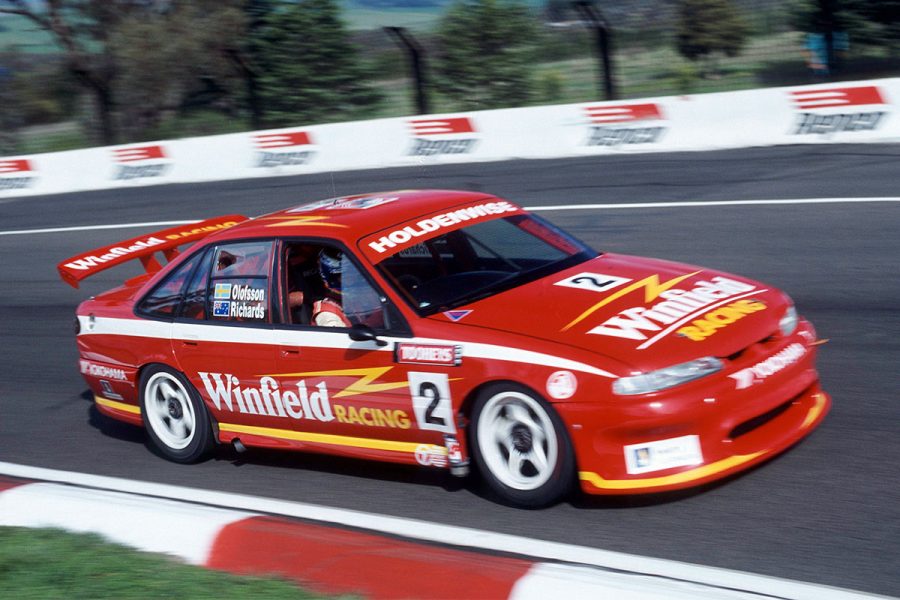 No. I never had any sense of any of that, ever. I think nowadays it would be more relevant through social media and things like that, but it was never even on my radar.

I've always said that all I wanted to do was go out and be the best I could be and drive as well as I could.

With hindsight, would you still make the decision to leave GRM and Australia in mid-1998 to chase a drive in Europe?

Absolutely. There was a dream there to get a drive in the British Touring Car Championship.

Back in 1996, when GRM started running the two programs (ATCC and Super Touring), I had a great opportunity through Alan Gow to go over and test for the Vauxhall BTCC team when they were transitioning from Ray Mallock to Triple Eight.

I didn't get the drive then but I'd had a taste of what the BTCC was about, and if I ever got a further opportunity I would grab it with both hands.

The Nissan thing … I had to go to Spain in February of 1998 before the season started and there was a test-off between five drivers going for the reserve driver role with Nissan Motorsport Europe, and I managed to come away with the chocolates.

But the decision was held for some time, and it wasn't until the Saturday night of the Lakeside round of the V8 Supercars Championship when I got the call to say that I'd got the job.

From the outset it was a two-year contract as a test and relief driver with a view that, if any opportunities opened up, I could be considered as a driver for their BTCC team.

At the end of 1998 there was a drive available: Nissan's gun-for-hire Antony Reid had basically up and left. But they were at the end of the second year of a three-year program and needed a guarantee that whoever they put in that car could win the championship. 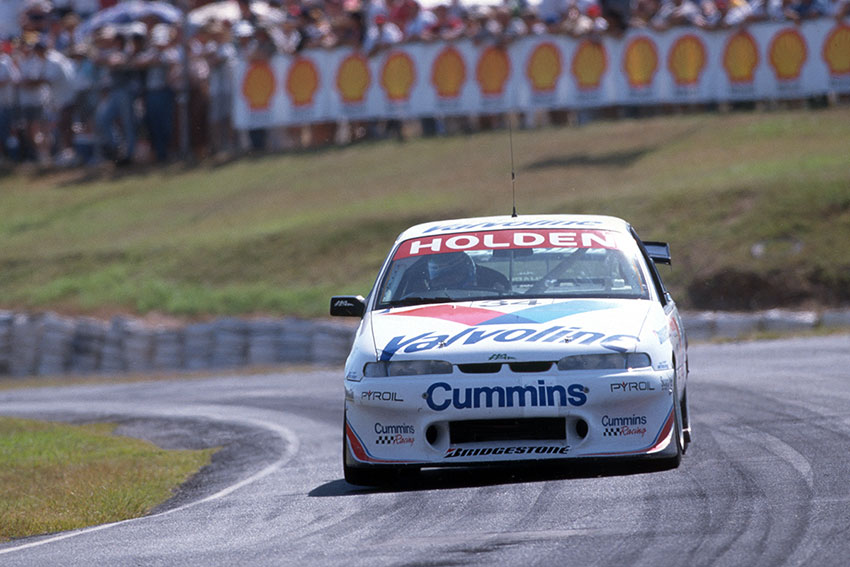 They had to go for a gun-for-hire, not a young Aussie kid that hadn't seen a lot of the circuits that they raced on. I'd kept in good contact with V8 Supercars and managed to get myself a plum co-drive with Stone Brothers Racing and Jason Bright, and then came back and won Bathurst.

I learnt a hell of a lot about who I was, how to survive in that sort of cutthroat world, and the Bathurst win in the V8s gave me another opportunity.

History shows that Nissan got Laurent Aïello, who'd won the German and French championships in the previous two years – his engineer was a Frenchman by the name of Ludo Lacroix – and the following year they won the BTCC, so it was the right call for them.

And it was the right call for me to come back to Australia to continue my career.

You’ve driven for some of the biggest teams in Supercars. Where did you feel most at home?

You make your home where you land, I reckon.

If you don't manage to be involved and dig in and try to make the best you can to make a difference inside and out of the car, then it'll never feel like home.

I felt like I was at home at every team I've ever been to. I've always felt like my opinion has been valued – it might not have always been taken! 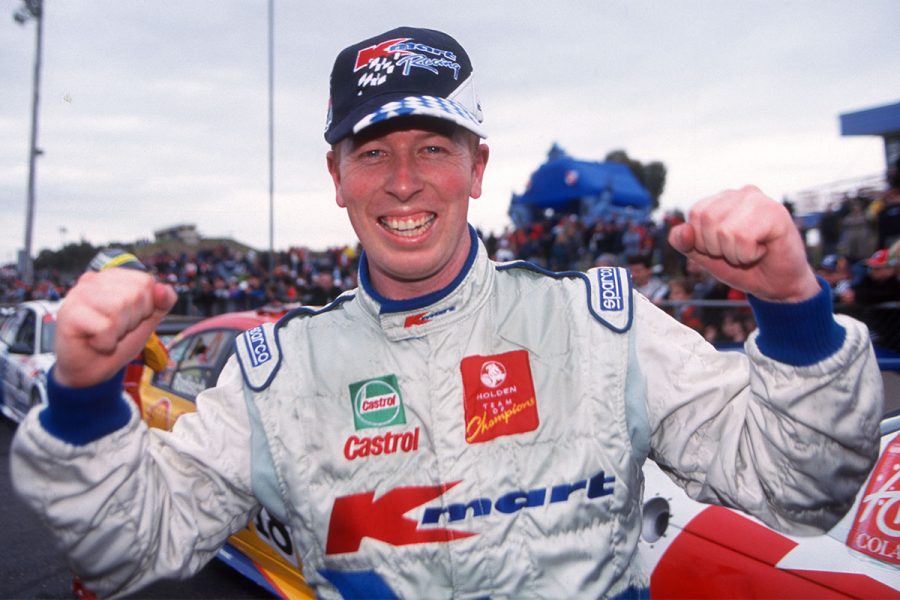 Everywhere I go, I feel like I'm an intrinsic part of an operation and how it goes about things. Even as a co-driver.

I can't speak highly enough of the teams I've driven for and what they want from me; they value your opinion, it doesn't matter whether you're a main driver or a co-driver, and a bit of that comes about from having a reasonable amount of experience.

You’ve won races as a solo driver and as a lead driver, and you’re still winning races as a co-driver. Where do you sit your recent Bathurst wins alongside those wins from the full-time part of your Supercars career?

Equal. It's funny; I never retired from Supercars. When the merry-go-round stopped at a time where it was becoming more evident that teams needed drivers to bring funding, I decided that I'm not in that position but I want to continue driving, so I'd just do my own thing.

I never really had the attitude that I stopped, and I still don't. I still feel – and most co-drivers will tell you the same – like I can get in the car and drive it close enough to good enough. 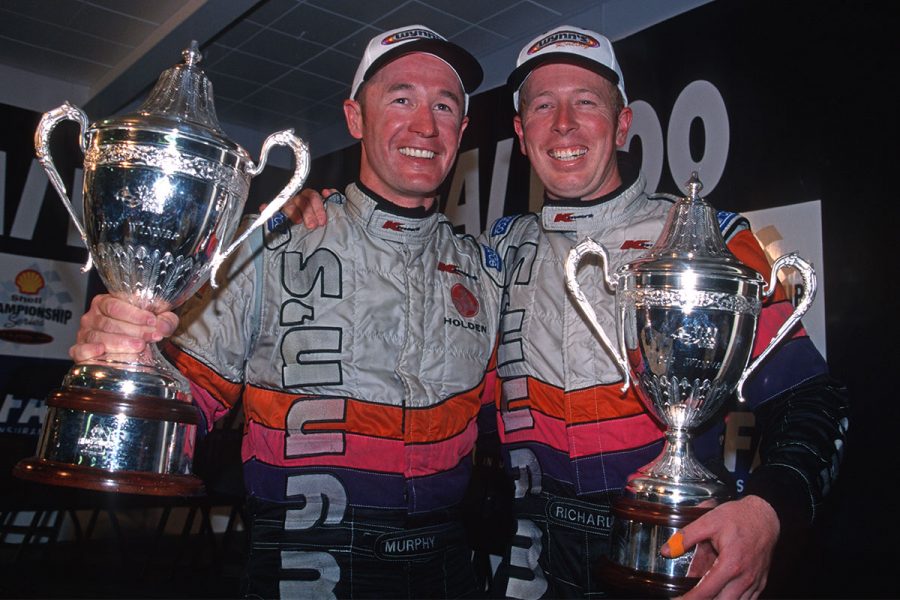 You’ve been a son watching his dad race, you’ve been and are a racer yourself, now you’re watching your son Clay going racing. How’s that transition been?

I'm as nervous as anything. I'm more nervous now that I think I ever was setting my bum in the seat of a race car at any time! You're always nervous when they first start go-karting to see how they go, but more recently we've done a couple of Formula Ford state rounds, one in Perth with Fastlane Racing and at Phillip Island for the Victorian state round.

I'm just trying to impart the knowledge that I have. It's been really great for Clay and I. We do the car racing thing together when we can, time and budget permitting. But I love it, I love being a part of it.

He's shown me enough insight into his commitment through his go-karting and car racing that I'd love to try and give him an opportunity, but as we all know, there's a lot of other things that have to fall into place to let that happen.

Where does he want to go with his racing?

I'm sure he has aspirations, like any young driver, to get to Supercars level.

He doesn't really outwardly display that, but he's an avid motorsport nut. He follow all forms from IndyCars, Formula 1, MotoGP, Superbikes … he just loves it.

He's working nowadays; he's an apprentice as a motor mechanic. Everything he's doing, and the full focus of his life, is to try and do more Formula Ford racing and how he can go about doing that. It's fantastic.