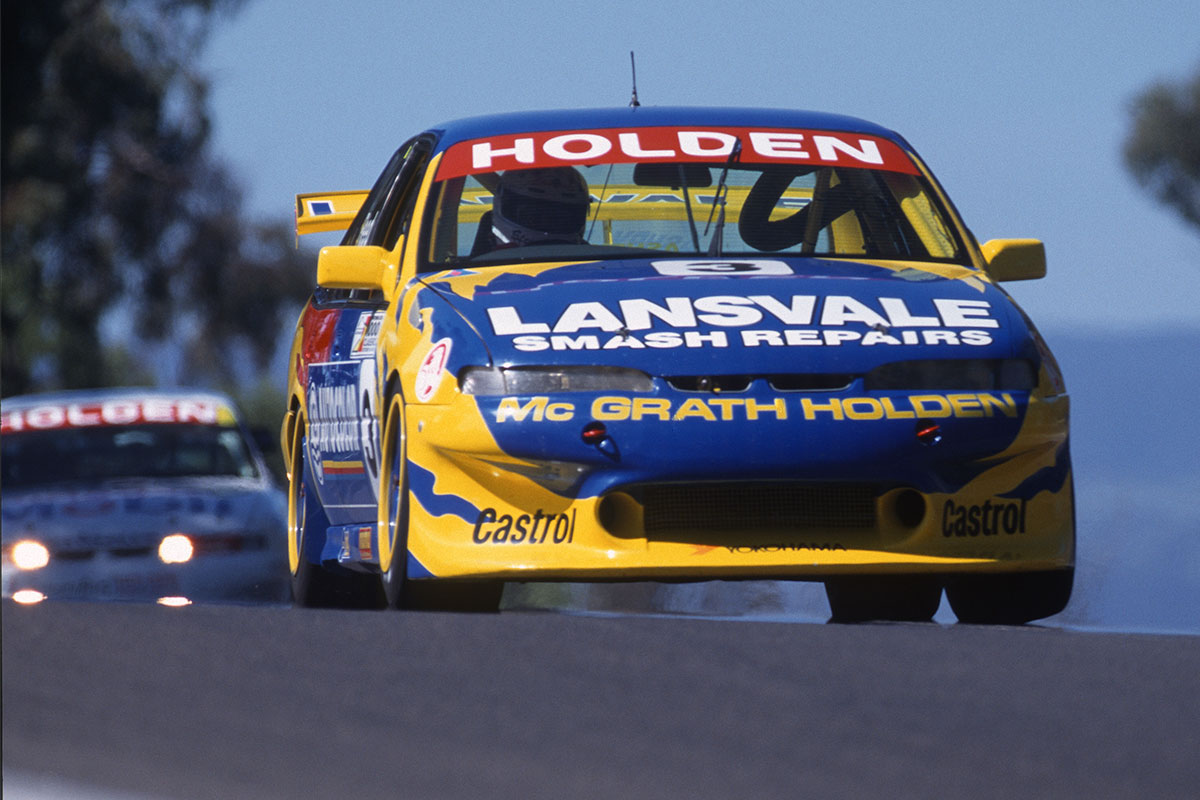 He and long-time business partner and friend Trevor Ashby tackled the Mount Panorama enduro together 16 times between 1986 and 2001, a mark unlikely to be challenged any time soon.

From a small, tight-knit team, Reed and Ashby built an operation that was regularly among the quickest of the privateer squads and one of the best-presented cars on the grid, period.

Although next month's Bathurst 1000 brings up 18 years since his last Supercars race start, Reed confirmed to Saturday Sleuthing that he hasn't drifted too far away from the sport. 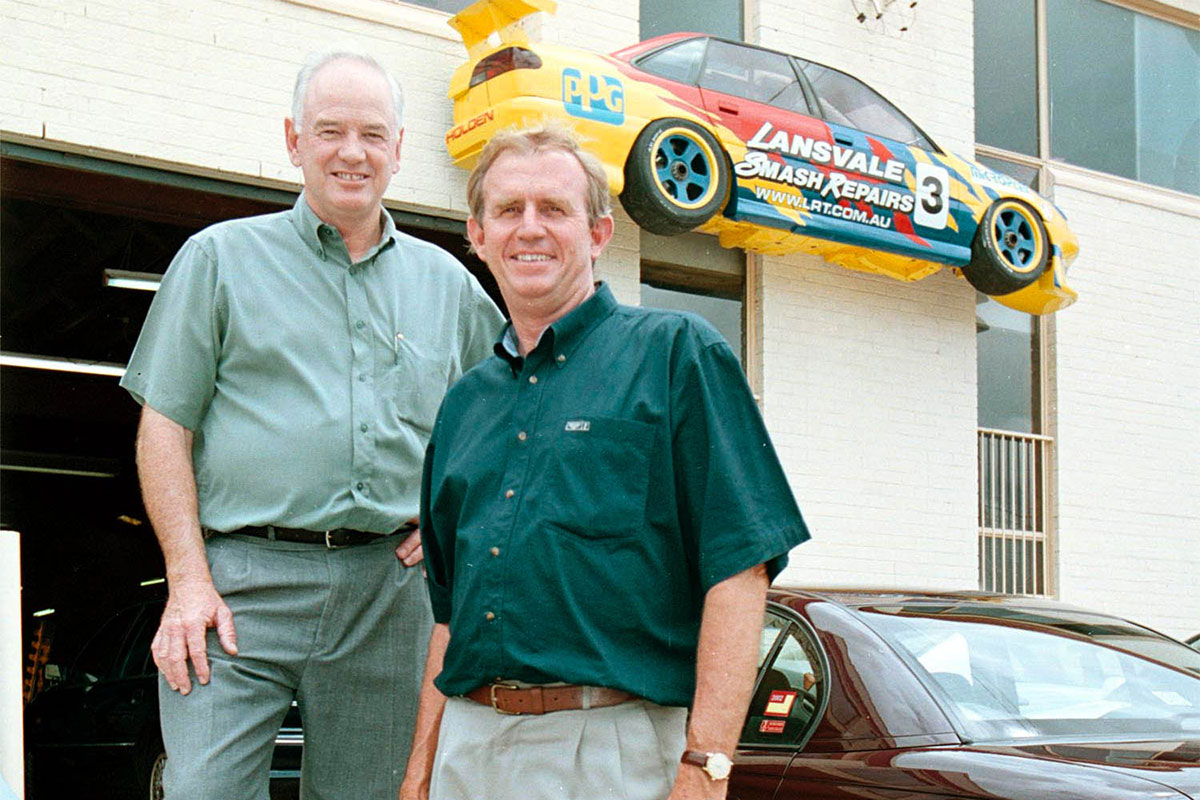 What does an average day look like for Steve Reed in 2019?

I stay rather busy and try to stay a little fit. Most mornings I get up and go for a walk, normally down the beach, and do a bit of exercising, then into the office most days.

I was in smash repairs for a lot of years with Trevor Ashby, and now I own a couple of chicken farms in South Australia and I'm trying to get into a bit of solar down there, and looking at other investments around the place at the moment.

Kim and Brad were pretty similar to what Trevor and I were in the sense that our team was family-operated.

In the early days we relied on a lot of people that volunteered their time – friends and family, etc – so we were a very family-orientated race business, and we kept that going.

When we decided to get out we had an association with the Joneses, so when we sold the team, just talking to Brad and Kim, they basically said 'come along, you've always got a house, you're part of the family.'

So I started to tag along and go to a few events, then I started to do a few pit tours for them for some of their corporates and things, so that's what I do these days.

I go away to events that I want to go to, they put a hat on my head and feed me, and I've still got an involvement, which is good because I love the sport. 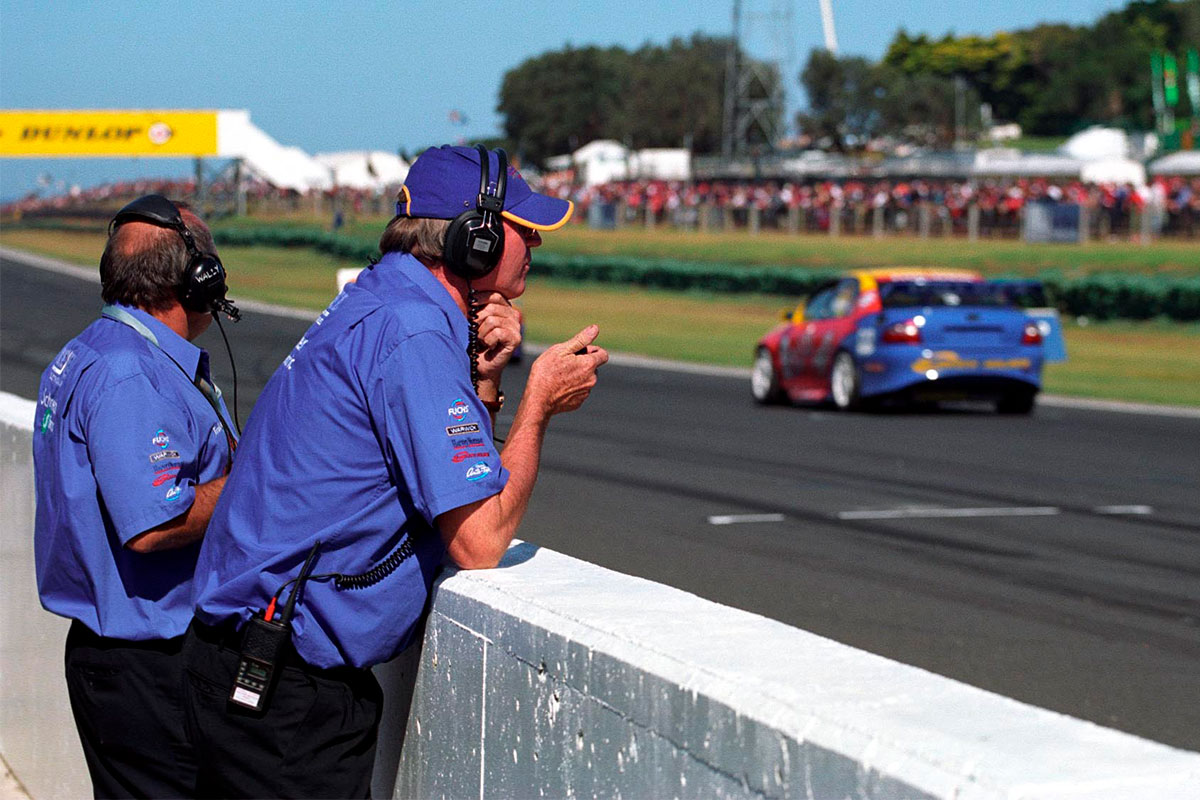 How did you get into motorsport?

I think being a hoon and a rev-head as a kid, and just loving motor cars. As fast as the cars would go, we would go!

Then Trevor and I had a fair affiliation as mates and being involved in the same industry, and then ending up in business together, and running around on weekends at car club weekends and stuff, and coming up through the ranks that way.

We enjoyed doing lap dashes and that sort of stuff, but we always wanted to go out and race, and we were able to do that together along with business.

When did you two first meet?

At school. Trevor left school before I and he got into the smash repair industry as an apprentice, and then when I left school I was into the same trade.

Years down the track we started fixing cars together, and that just developed into getting more work and getting bigger and bigger. 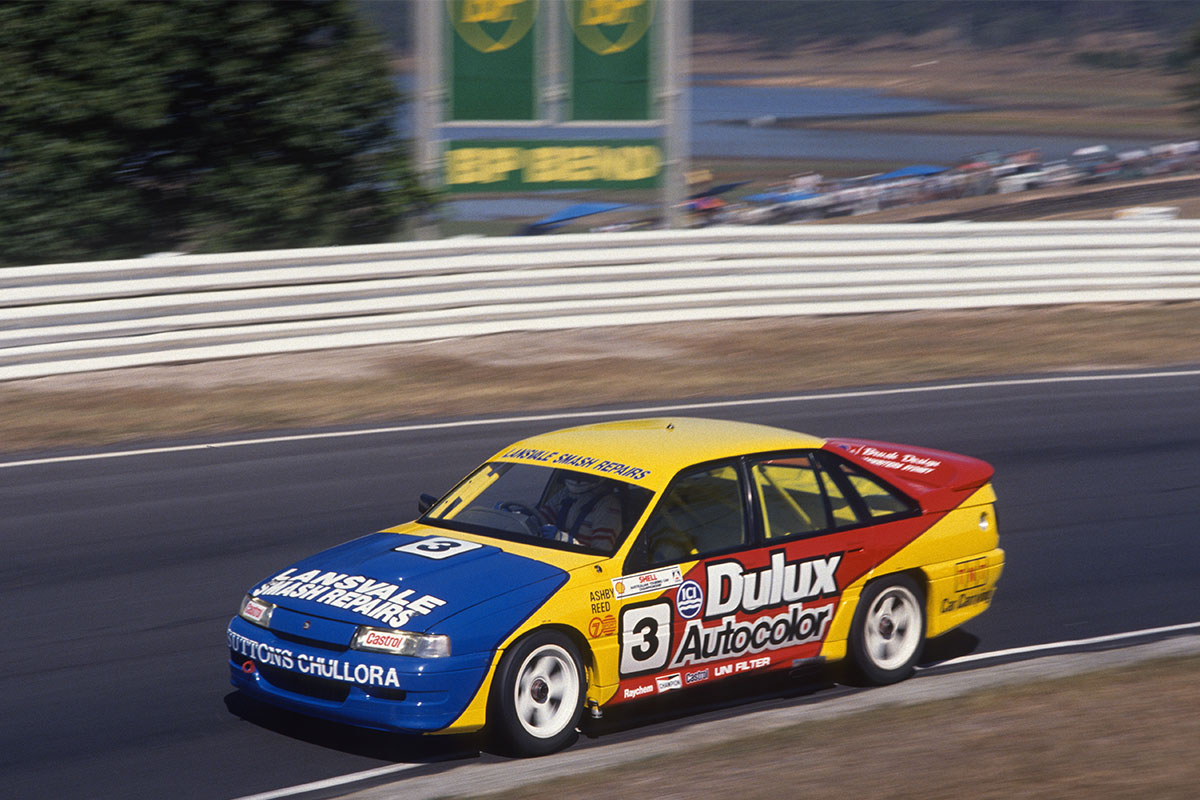 Why do you think you and Trevor worked so well together?

I think because we were different but had an interest to achieve.

We were probably opposites in some areas but very alike in others, and always had faith and trust in one another.

If I didn't want to get out, I suppose we'd still be together to this day, but I'd just had enough of having so many staff and that sort of stuff; I was just looking for other things.

I'd had enough and he hadn't, he wanted to continue, so he bought me out of it. It was a very simple transaction and worked very well. 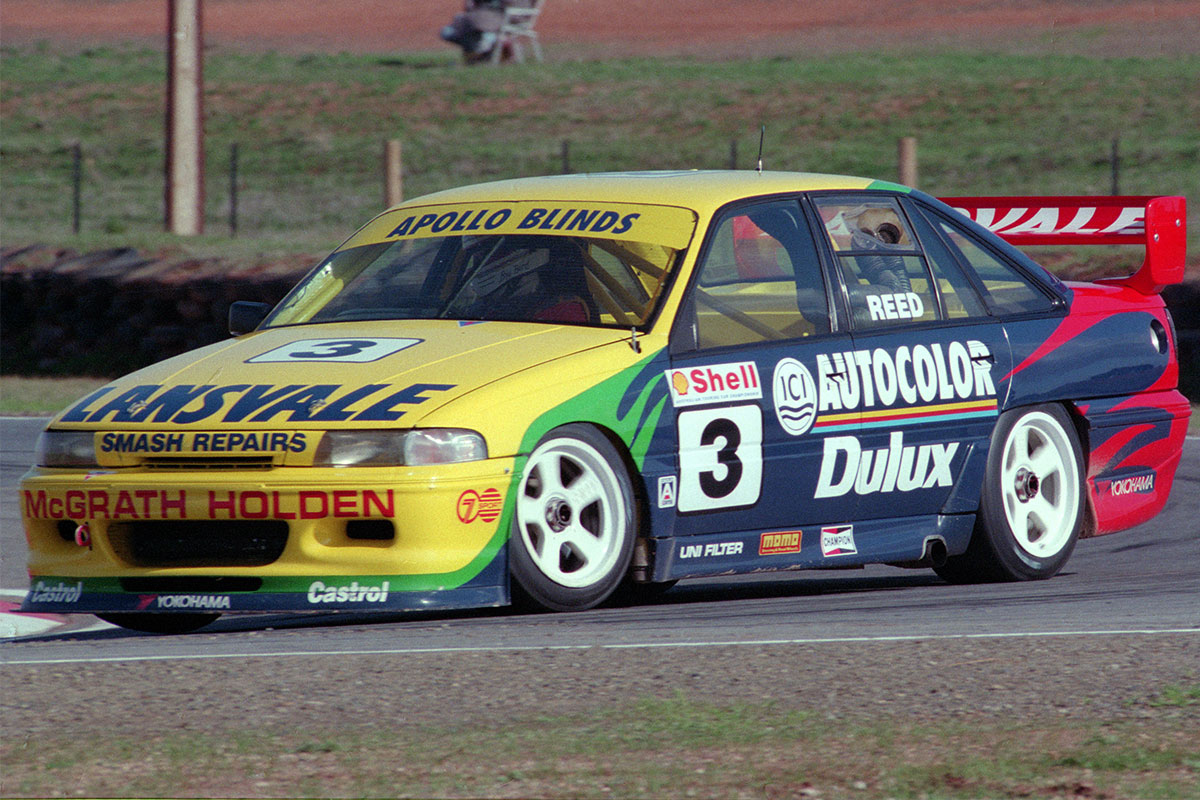 Given you split driving duties in the same car for so long, how did you and he pick which circuits you’d race at?

It was convenient. We didn't do many events initially.

Trevor was in the AMSCAR Series that they had at Amaroo Park and I elected to do Winton, Lakeside and Oran Park, and then we went off to Bathurst together.

As time went by we ended up doing more. Perth was a classic; they had very few cars entered, so they rang us up and asked us if we'd come over!

We ended up locking ourselves in with the licences when it became V8 Supercars; if we wanted to step up and become one of the main game players we had to do 100 percent of the events, so that's how all that started.

They were all really good to us too, understanding that there was two of us and we wanted to share the car over the series.

You and Mark Skaife swapped cars at Eastern Creek for a TV story in 1994. What was it like getting behind the wheel of that car?

I was really disappointed in some respects. The car felt totally different to our car but I just couldn't get into it.

I'm nearly 6-foot-6 tall (198 centimetres) so for me to get into that car, it was all but an impossibility.

I just couldn't get comfortable at all. I didn't feel safe or secure in the car because of the seating position. I was wearing my knees as a necklace almost.

Mark could fit into ours better because I always adapted a little bit for Trevor, so I sat a little bit closer to the wheel. But Mark's car, he just sat so much closer.

I mean, if we spent time adjusting seats and doing all that sort of stuff … but that wasn't the program. The program was to show there was a difference in the two teams.

Mark's a fantastic driver and he worked very hard at it. I think back in those days they would've been testing somewhere almost weekly in between races, whereas we'd go out 'x' number of times a year.

We used to rate everything in tyre cost; we'd say 'oh no, we can't do that because it's a set of tyres!'

But it was interesting, it was a good time. 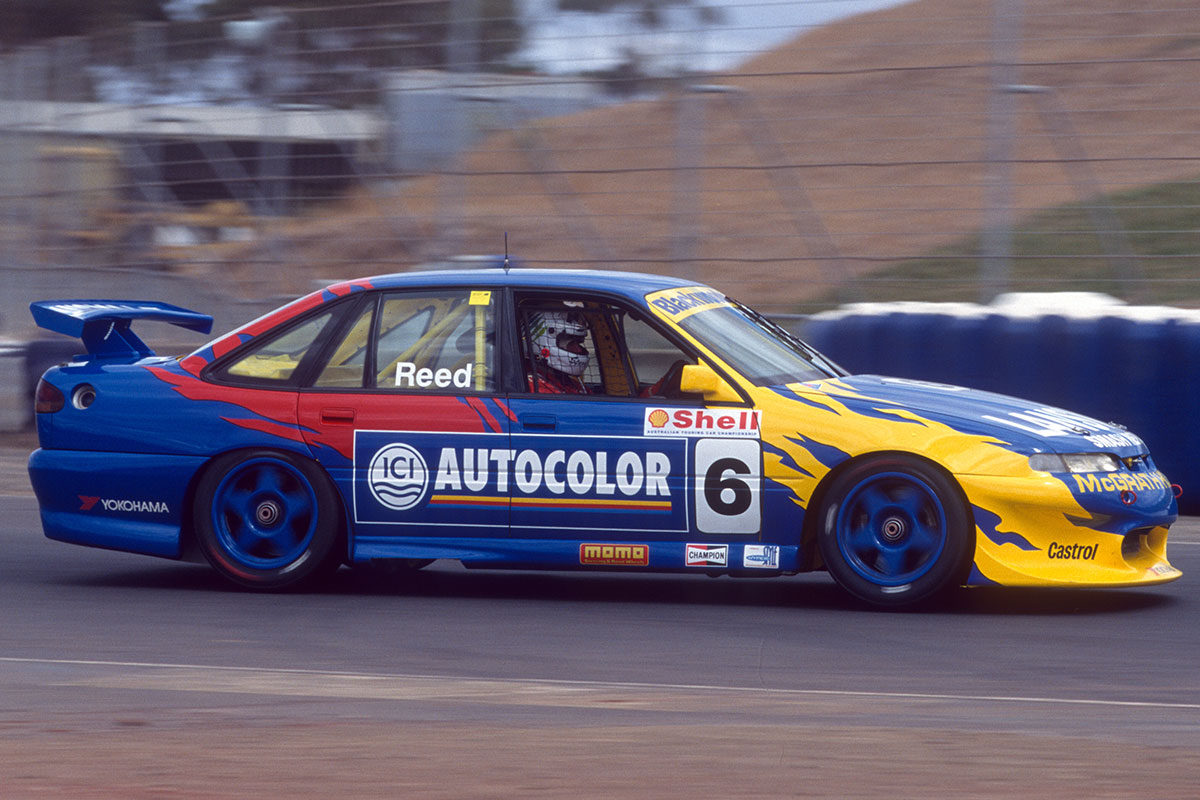 You were also one of the leading runners in the old Privateers Cup dashes. How big of a deal was it for the privateers to get their own races and time in the spotlight?

It was a pretty big thing to get that through.

At that stage it was all but a 50-50 split between the privateers and professionals, because there were a few people that only did two to three races a year plus Bathurst, and some only tried to do Bathurst, so to have a Privateers only-type thing was huge.

It was a bit difficult to put up a format around just what was a professional and what was a privateer, but the system they had was quite good.

It allowed guys like Trevor and myself, and a couple of others, to share points: so long as that car was entered with the same two drivers for the year and they shared it, they added their points together.

It's no good running off to a sponsor and telling them that you ran 27th in the championship because you only did half the events – but the car still ran in all of them, you know?

So the privateer's championship was quite good, and to give you some recognition of your efforts. 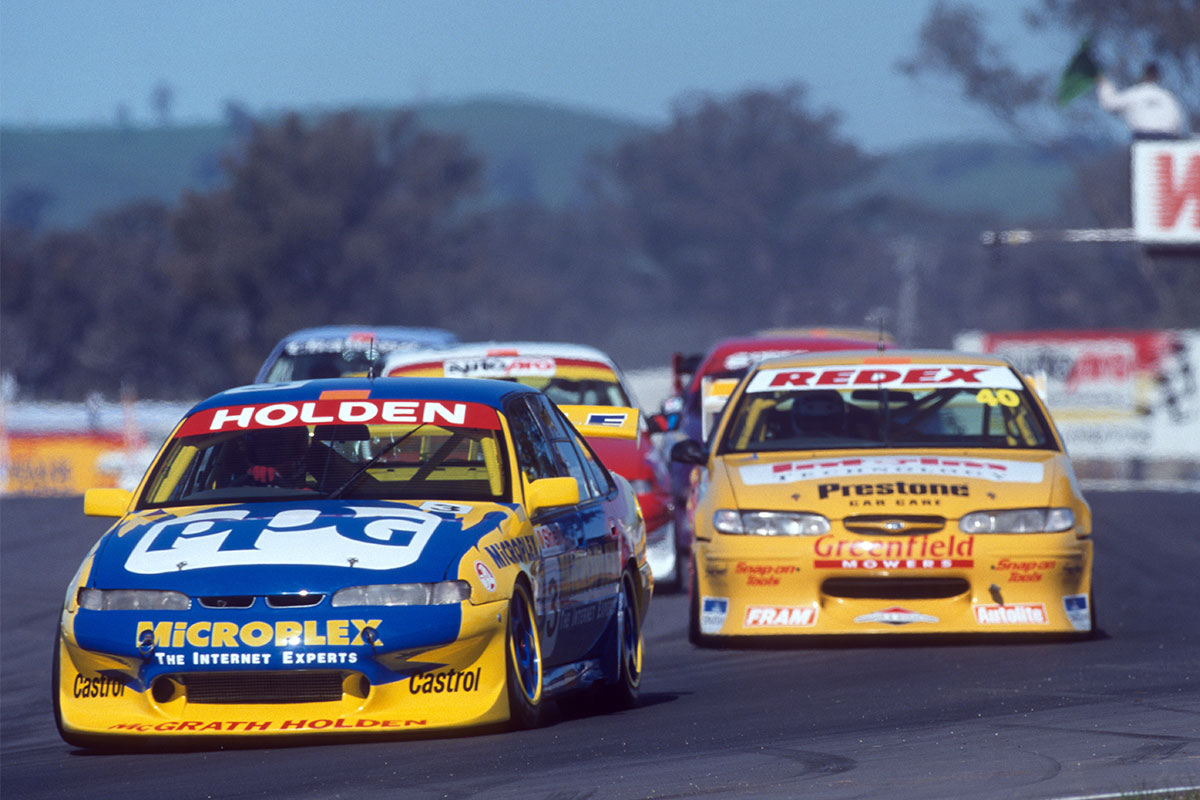 Another memorable aspect of your cars were their colourful liveries…

We came up with them in many ways.

In the later days Holden got involved, but we always had yellow on our cars. Yellow was really bright to us, so that was the base of our cars.

We even did a competition in a magazine once where people would send in colourings and we'd put them on the wall.

There was one little girl in particular that used to call our car the 'smartie' car because it had multiple colours in bits and pieces on it!

But some of the designs we had were really quite exceptional. We were always really into the presentation of the car.

We'd prefer to give the car a polish than to buy some new shirts for ourselves – because that was our business too, we were in the automotive industry, so the presentation of the car was important. 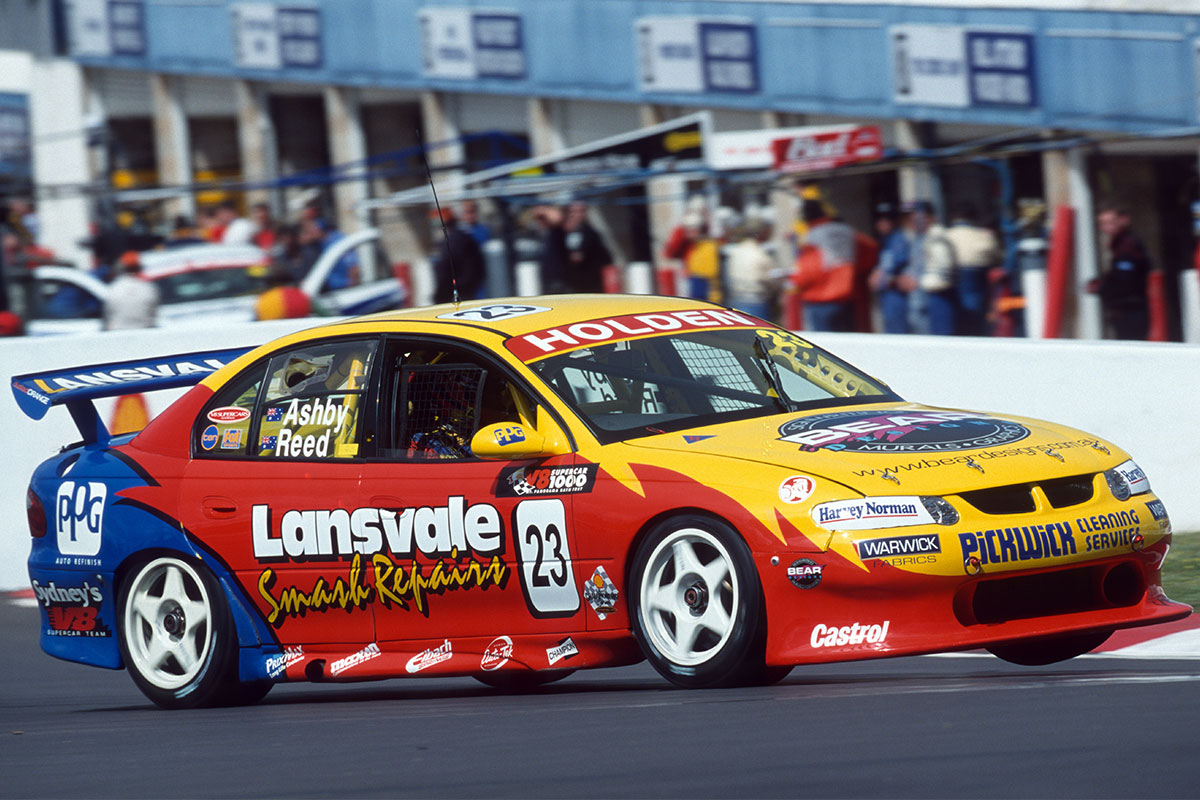 Do you get the chance to get behind the wheel much still?

I've had offers and I've had itchy feet numerous times. My problem is that I'd have to go in boots-and-all or not at all.

To go out and have a lap or two in something would be fantastic, but at the end of the day I try to stay away from it because I don't want to get itchy feet.

I don’t want to get back into motorsport because it does occupy a lot of time, and I like doing so many other things these days, socialising with the family or a bit of travel. 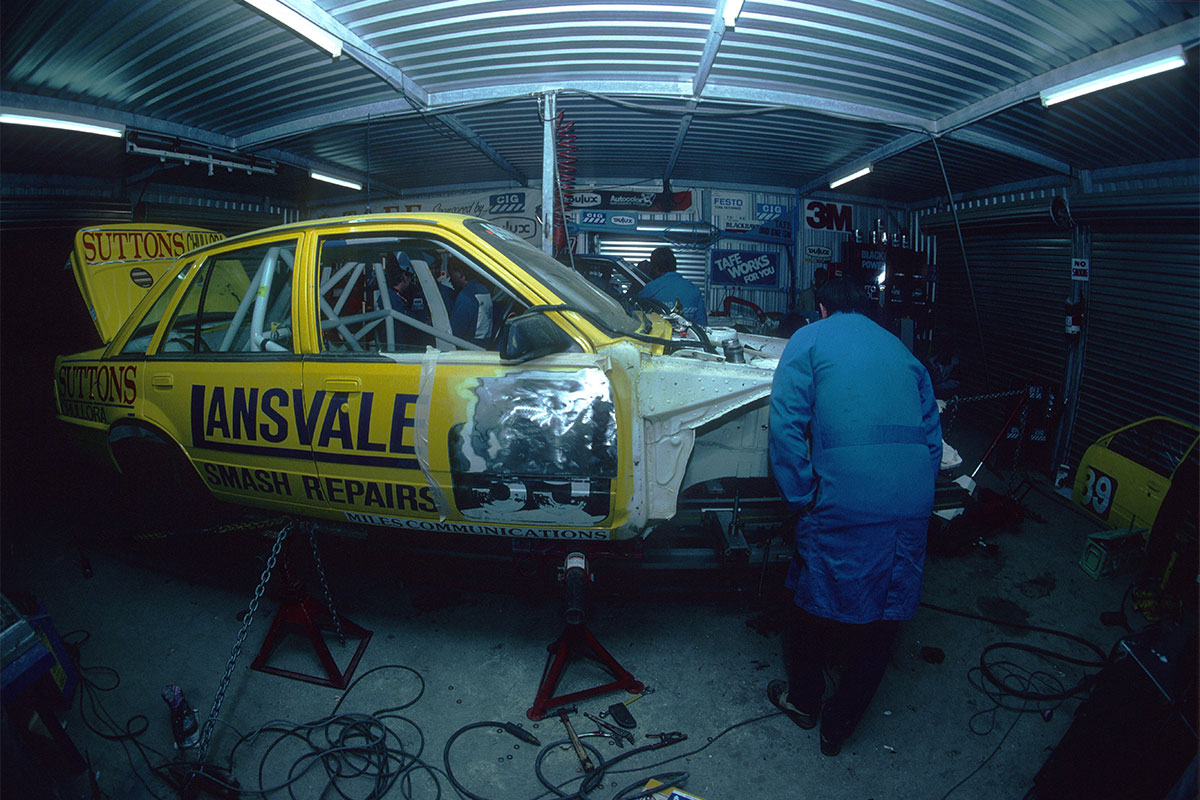 What’s your best or favourite race or memory of your time in V8 Supercars?

I think the best memory of a bunch of people pulling together and getting a result would be back in '87 when we went to Bathurst.

A wheel came off and we had quite a bad accident on the Wednesday and the car was almost destroyed.

A bunch of people, volunteers, got together and made that car happen. I think we just qualified for the race in the end, started 37th, and finished 10th outright.

That was fantastic because it was a good drive but as far as a team effort was concerned, absolutely that was it.

Bathurst is the track for me. Everyone says the same thing, but I love the place.

It's just a real buzz to do a lap around there and to get a reasonable time and result out of all the efforts that everyone's put in is really quite astounding.

05/09/2019
Stay In The Know
Sign up to the Virgin Australia Supercars Championship Newsletter
We use cookies to ensure that we give you the best experience on our website. If you continue to use this site we will assume that you are happy with it.Ok