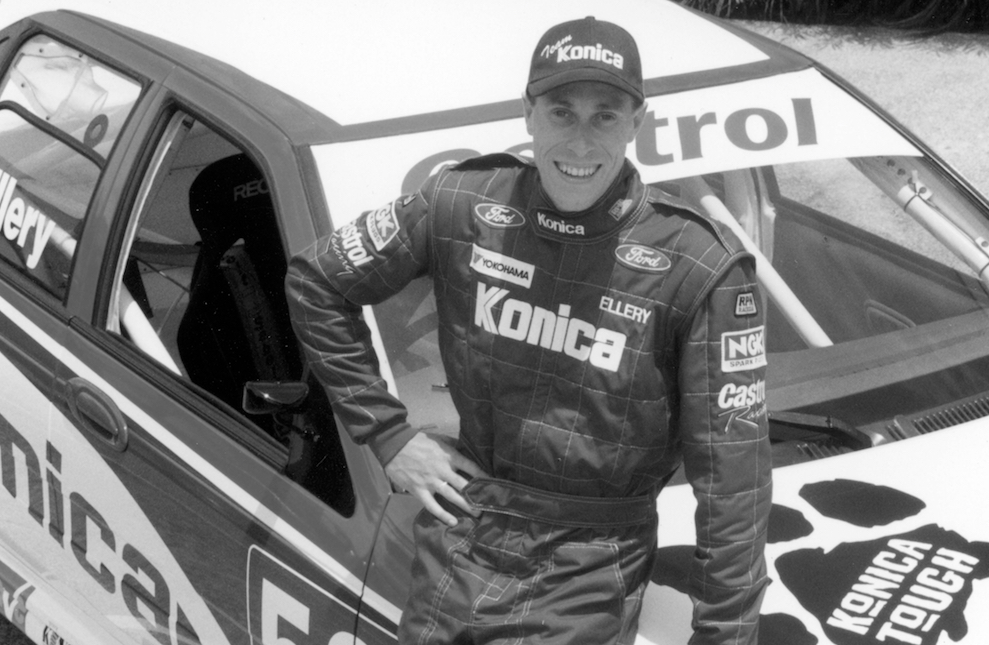 This year on Supercars.com we’re embarking on a range of new missions to find former drivers, team managers and other personalities that have fallen off the radar in recent years.

The first such subject is a veteran of 121 ATCC/Supercars Championship round starts and a three-time Bathurst podium finisher, Steve Ellery.

Ellery graduated through Formula Ford and into two-litre touring cars, making his ATCC debut at Amaroo Park in 1994 at the wheel of one of the former Glenn Seton Sierras run in two-litre guise.

He moved into V8s full-time as a privateer in a Longhurst Racing-run Falcon in 1996, teaming with Tony Longhurst to finish third at Bathurst that year before his relationship with the team and its owner fell apart early in '97.

A season in a Konica-backed Young Lions Commodore run by Gibson Motorsport in 1998 led him to create his own team, which ran with Supercheap Auto backing from 2000 to '04 and included podium finishes at Sandown and Bathurst in '03. 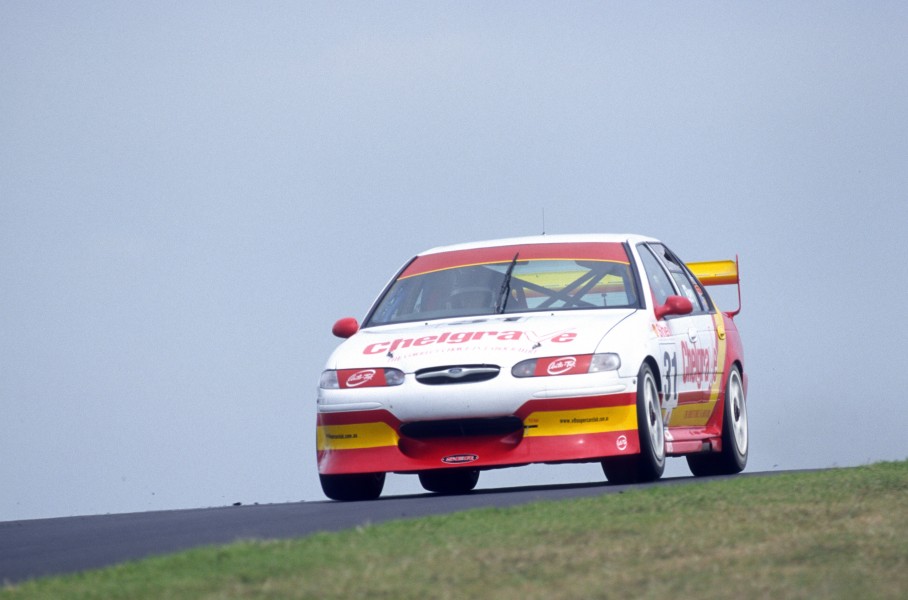 A season as team-mate to Craig Lowndes at Triple Eight Race Engineering in the Betta Electrical Falcons in 2005 yielded another Bathurst podium alongside Adam Macrow before Ellery became an endurance pilot for Paul Morris Motorsports in '06 and '07.

We last saw Steve – now aged 43 – on the Supercars grid at Bathurst in October 2008 as part of Garry Rogers Motorsport’s endurance line-up, so what’s he doing now?

We asked the questions and Steve gave the answers!

What are you doing with yourself since we last saw you in Supercars?

I’m the CEO of Chelgrave Contracting, our family business. It’s keeping me very busy. We’re a labour hire company but we’re much more than that thesedays. We now have a white-collar division, too, with offices in Victoria and Brisbane. I still live on the Gold Coast, as I did when I was racing.

When I left racing my wife Kerrie and I actually bought a Horseland franchise and spent eight years as franchisees. We finished with that in 2014 and decided to take six months off and during the time we were figuring out what to do next my parents approached me to come in and work in the business as part of a transition plan.

It’s a very good business and I would have been stupid not to do it. The eight years with Horseland set me up for what I am doing now.

Looking back at your career, any regrets or anything still burning in the stomach?

Sure there’s bees in the bonnet over a lot of the things that happened over the years that I wasn’t essentially happy about but I’m over that now. That last year at Triple Eight was pretty hard to take, at the end of 2005, when I had a two-year contract and that got cancelled.

That was quite hard, that was where I often said I felt like I lost my soul. I had to go off and try and find it again. It took a lot out of me. I didn’t expect it. It hadn’t been a great year but the second half of the year was good, we’d just had a good Bathurst so it was hard to take. 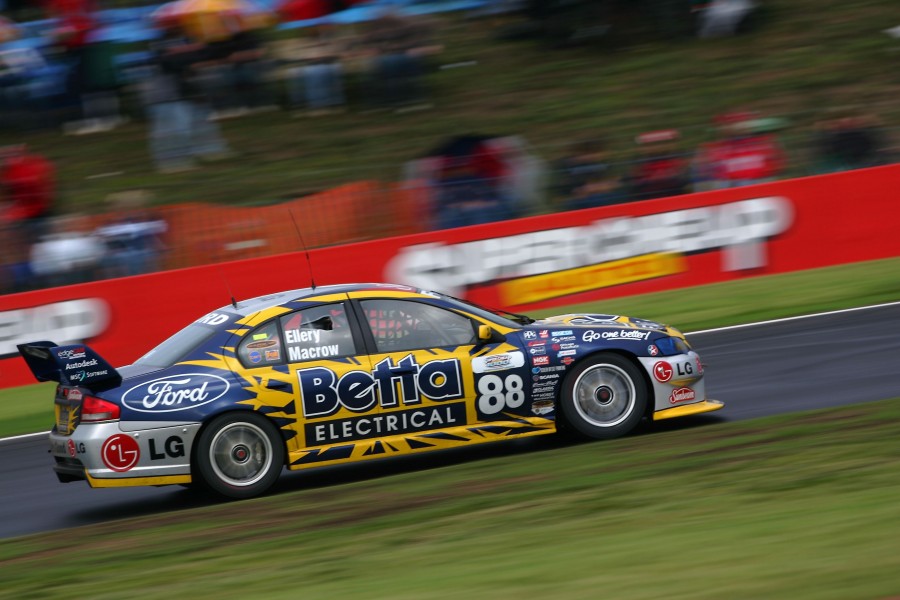 If I could change anything it would be my stubbornness. When I did get asked to move on from Triple Eight they offered me an endurance drive but I knocked it back. I felt morally I couldn’t take it. It’s funny how you think at the time. Looking back now, the smart move would have been to have taken the enduro drive and possibly won an enduro or two along the way!

When Triple Eight wheel out its six-cylinder twin turbo Commodore this year they’re going take your record of being the last driver to drive a non-V8-powered car in the ATCC/VASC. What do you remember of the little Sierra you made your championship debut in?

I had no idea where my career was going at the time, we were just going along with it all. Through Formula Ford we got a bit of an affiliation with Glenn Seton when he was in Melbourne and we used to share track hire on test days.

It was his idea. He approached us about taking one of his old Sierras in the standard two-litre format so we decided to give it a go. It was a great little car. I loved it - very fond memories. 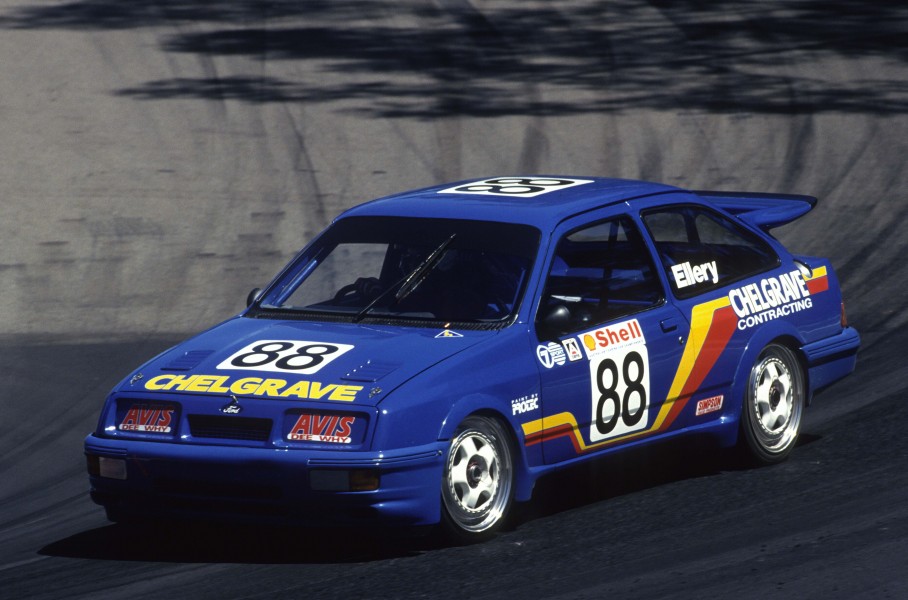 Not all stories have smooth journeys. You fell out pretty badly mid-season with Tony Longhurst in 1997 and sat out the second part of that year’s championship.

It was a hard period. I don’t want to go into much detail about all that, but all I can say is that I do know he put me in the car at Bathurst in 1996 against the wishes of some of his sponsors and he gave me an opportunity.

Without that I may not have ever gone on to do the things I did after that. All I can do really is thank him for the opportunity. Whatever happened after that was what it was.

Those few years took a bit to get over. I certainly didn’t have my best performances in the time after that, there was a lot going on.

What else sticks out when we sift back through your career?

The 2006 drives with [Paul] Morris were good, I was really happy with those (finished eighth at Sandown and sixth at Bathurst).

The 2008 ones were disappointing. I was really happy to drive with GRM and really enjoyed it. I’ve known Garry a long time but Greg [Ritter] and I didn’t have the same engine as the [Lee] Holdsworth/[Michael] Caruso car. They had a Walkinshaw engine and we had one of the existing GRM ones, significantly down on speed.

We were making up the numbers. When I left there that day I knew I was content with myself that I was done and it was time to move on and do something else. 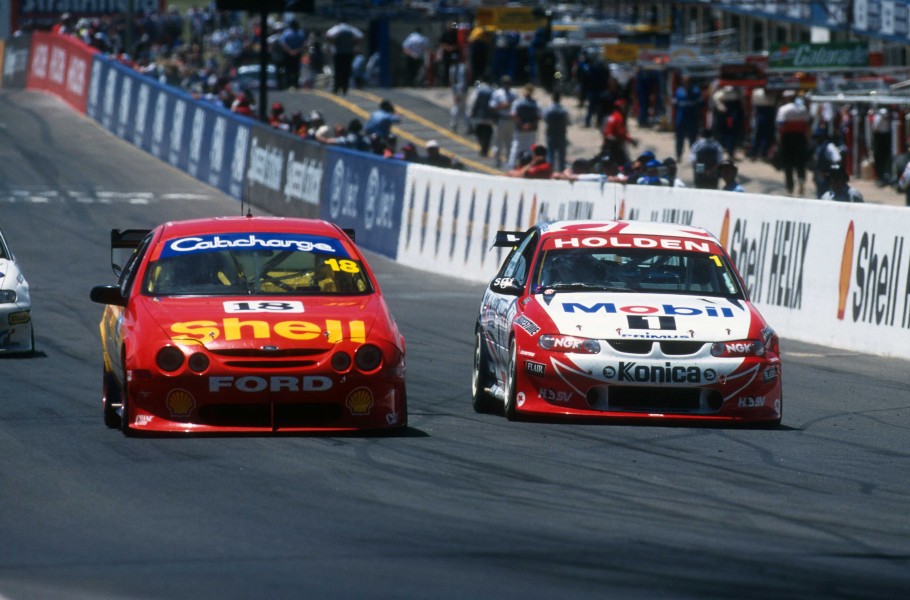 Of course I think about it, even now, nearly 20 years on. That was a real tough one to get over. I know there was still 16 laps or whatever to go when Paul got the flat tyre but all we had to do was bring the car home. That’s life, though.

Any time you stand on the podium up there is special. It’s a place that makes dreams come true. We just missed out narrowly on the win a few times. Nothing I’ve done in motorsport comes in front of those podium results.

Finishing third at Bathurst in 2003 with our own team and Luke Youlden co-driving has to be the highlight by far, in our own car against the big guys. I’m happy to say I taught Luke everything he knows, particularly now he’s a Bathurst champion!

You stepped out and set up your own team in 1999 with a partial program and went full-time in 2000. How satisfying was it to achieve some great results under your own banner?

We set up our own team to take control of our own destiny. Back then you could go racing yourself with a car and do everything yourselves. There are still single car teams now but they have affiliations and supply deals with other teams.

In 2000 at Sandown I won a race and finished second on the podium for the round, which was amazing. I had Skaife behind me the whole time; I don’t think he was very happy with that! It was quite special to beat those guys. 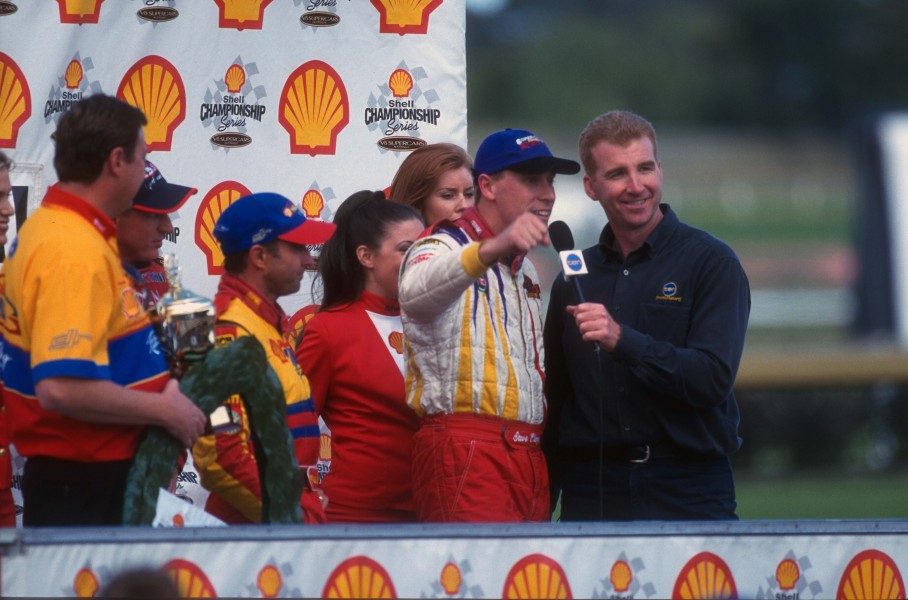 Are you a regular follower of the Supercars Championship today?

For the first five years after I finished I went away from the sport and I didn’t really follow it at all. I watched the Adelaide 500 recently, I watched all of qualifying and the races, it was great. I keep an interest in it now; the guys up the front are bloody good, very bloody good!