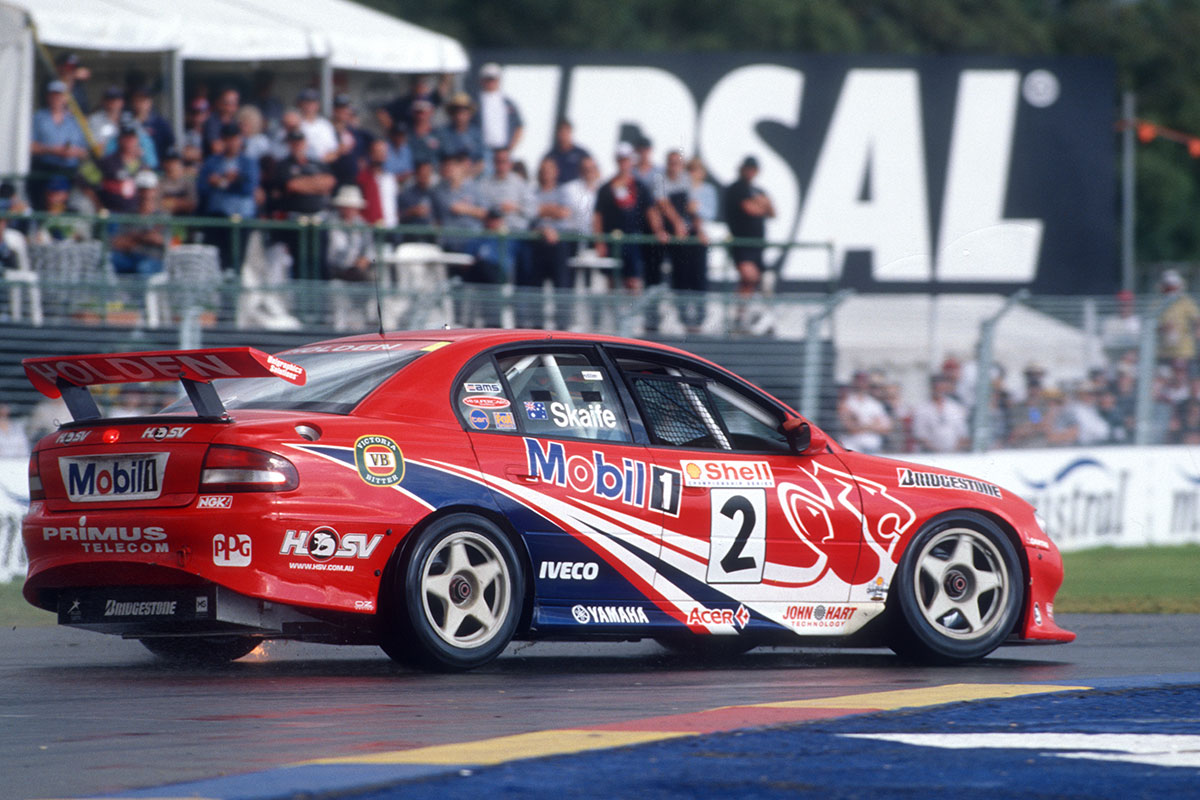 Compared to the number of cars that have lined up on the grid across 60 years of the Australian Touring Car/Supercars Championship held so far, only a few have played a part in winning a title.

Even fewer have played a direct role in sealing two championship victories in a row – and with two different drivers!

This week on Saturday Sleuthing we are looking at one such car: HRT 042, a Commodore that, across its racing life, was piloted by several of Holden’s biggest heroes of the modern era.

Most importantly, it was campaigned by Mark Skaife for the balance of his first championship victory with the Holden Racing Team.

Built brand new during 1999 from a Dencar chassis, the car made its race debut at Mount Panorama that November, the first time the Bathurst 1000 formed part of the championship and the first of two occasions that it closed out the season.

HRT 042 was entrusted to points leader Craig Lowndes – the fifth chassis he’d raced that year – as he pursued his third championship victory in three attempts. 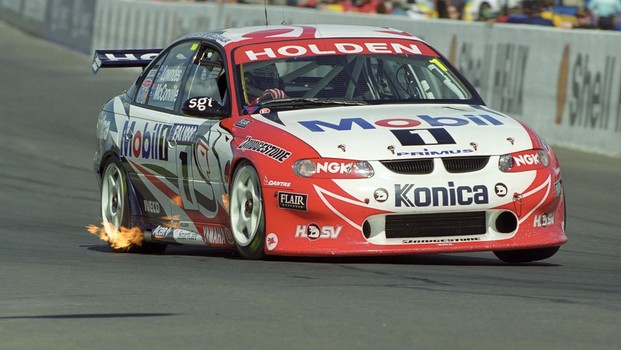 He and co-driver Cameron McConville came home in second place, more than enough to secure the 1999 title.

HRT swapped its garages around for the 2000 season which saw Skaife installed in the cockpit of HRT 042 for the new season.

It was in this car that Skaife set the record for the lowest starting position to win a race in championship history at that year’s Adelaide 500.

An early exit with engine failure on Saturday was compounded by a post-race penalty for taking his compulsory refuelling pit stop under a Safety Car, resulting in the #2 Commodore starting the Sunday race from 38th and last on the grid.

Skaife put in an astonishing charge, passing eight cars on the opening lap and rising to second place by the halfway point – despite copping a stop-go penalty for speeding in pit lane! – which became the lead with 16 laps to go when teammate Lowndes retired with engine failure.

The race victory was the first for HRT 042 and the first of eight across the season for Skaife in this chassis. 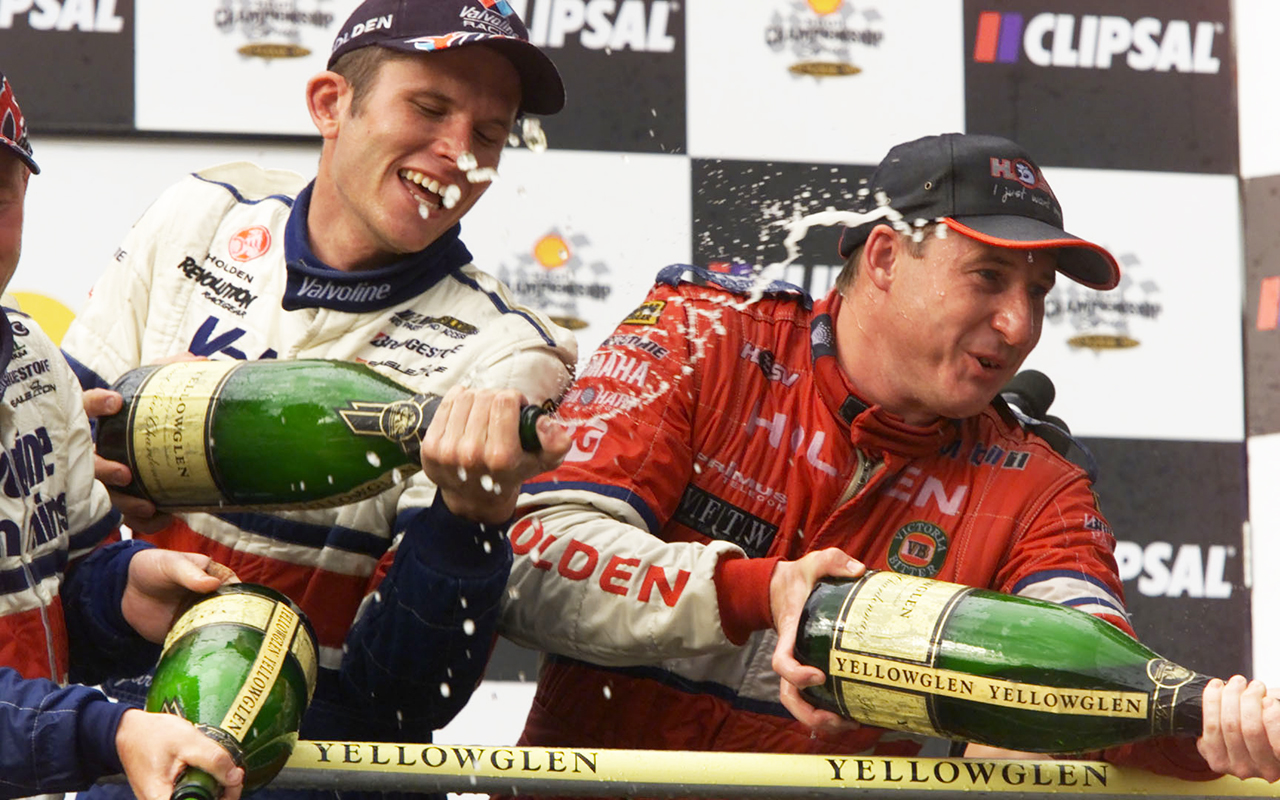 In fact, he finished inside the top three in 24 out of the 31 races he started in the car that year, although he’d clinch the 2000 championship in a different chassis in pairing with Lowndes for the season-ending Bathurst 1000.

Instead of serving as the #2 HRT car, 042 lined up at Mount Panorama as the #15 Holden Young Lions entry of Todd Kelly and Nathan Pretty, the duo finishing fifth in the rain-soaked race.

Facelifted from VT to VX Commodore specifications, Kelly continued with the car into the 2001 season as the Young Lions program expanded into the two-car Kmart Racing Team.

The elder of the Kelly brothers scored his first championship race win aboard the car at Sandown’s season finale.

Younger brother Rick had meanwhile made his first championship round start in HRT 042 with Pretty at the Queensland 500 – although the car broke a tailshaft departing for the formation lap and failed to start the race. 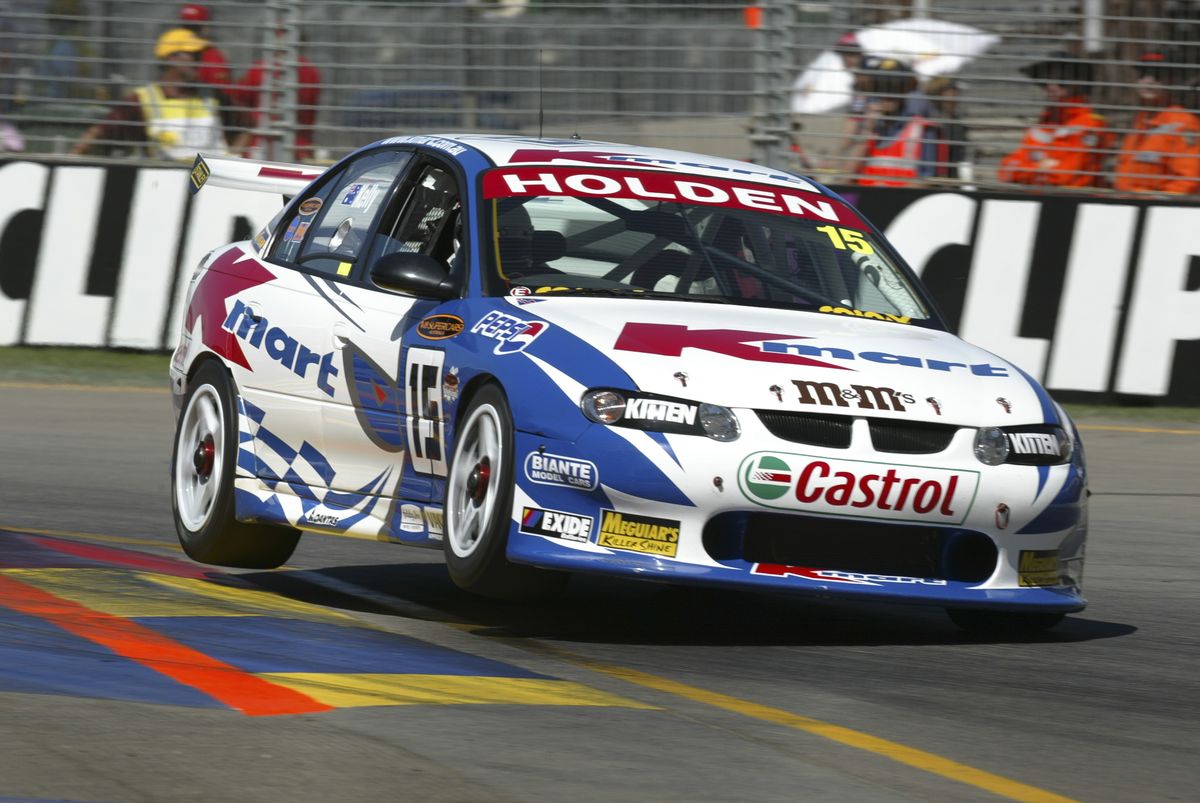 Todd continued to campaign the car throughout the first half of the 2002 season before moving into a new chassis for Winton onwards, HRT 042 returning for the endurance races where it was piloted by overseas stars Yvan Muller and Andy Priaulx.

This car sat out the entire 2003 season but returned in 2004 with Paul Weel Racing, upgraded to a VY Commodore for Jason Bright.

A consistent run headlined by four race wins across the Pukekohe and Barbagallo rounds – where, thanks to the track’s recent resurfacing, Bright and HRT 042 set a lap record that stood until 2019! – vaulted him into title contention, although this car’s season ended with a savage shunt during the Gold Coast round.

The crash proved an omen for the remainder of the car’s competitive life, which was punctuated by shunts that caused significant damage.

Idle throughout the 2005 season, HRT 042 returned to the grid in 2006 as a VZ Commodore in a reunion with one of its original drivers.

New PWR recruit Cameron McConville drove the car to fourth place in the first race of the season at Adelaide, only to be caught up in a multi-car crash on Sunday that left 042 badly damaged once again. 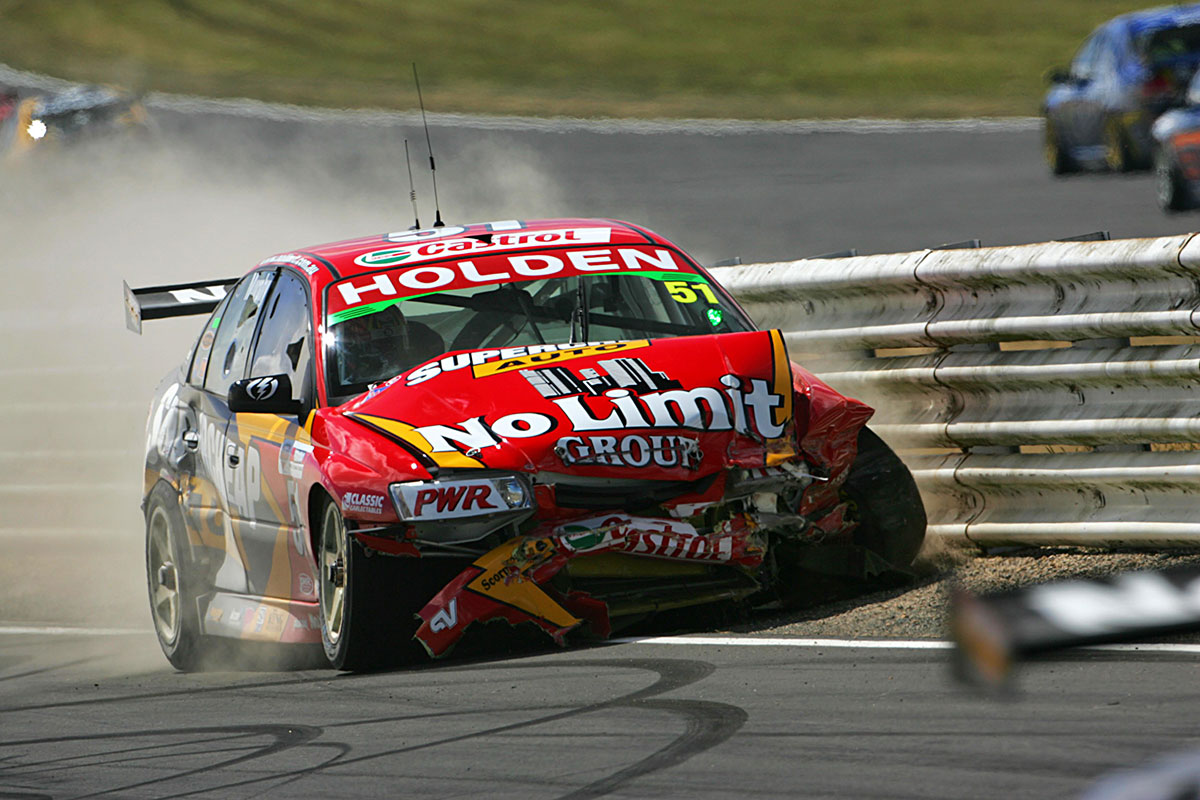 Repaired and recommissioned near the end of the year for Greg Murphy to race at the Symmons Plains round, HRT 042 was involved in yet another multi-car tangle on the opening lap of the first race, putting it out for the weekend.

The car was repaired and returned briefly at the start of the 2007 season with McConville at the wheel, the Barbagallo round marking HRT 042’s final race appearance.

It remained with PWR until the team shut down after the 2008 season, then passed through the hands of several collectors.

The car remains in the hands of a private collector today, and is the subject of a long-term restoration to return it to the specification and livery it carried during Skaife’s title-winning 2000 season.

Todd Kelly  ›
Stay In The Know
Sign up to the Virgin Australia Supercars Championship Newsletter
We use cookies to ensure that we give you the best experience on our website. If you continue to use this site we will assume that you are happy with it.Ok