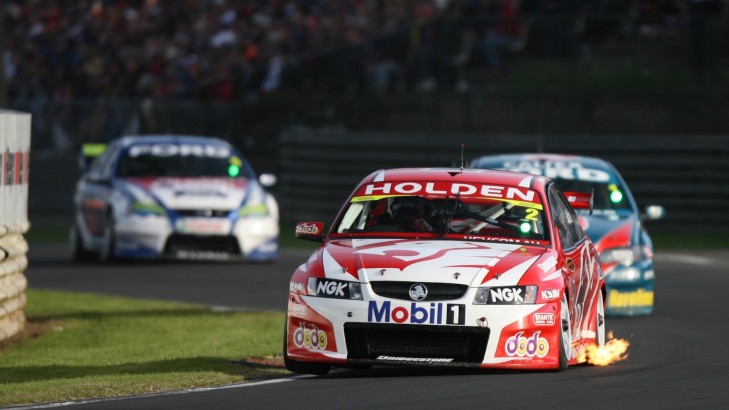 As the V8 Supercars Championship focuses its attention on Pukekohe Park Raceway in New Zealand for next weekend's running of the ITM 500 Auckland, today Saturday Sleuthing is looking at a car that achieved a milestone for Hall of Famer Mark Skaife at the fast Kiwi venue.

Back in 2006 Skaife scored the overall round victory in the PlaceMakers V8 International at Pukekohe, steering his Holden Racing Team Commodore VZ to two of the three race wins and overall victory.

Every round win is special to a driver, but this one was actually extra special when you take into consideration where it moved Skaife in the record books.

This win was the 37th Australian Touring Car Championship/V8 Supercars Championship round win of Skaife's career and drew him equal with the great Peter Brock for the record number of round wins in championship history. 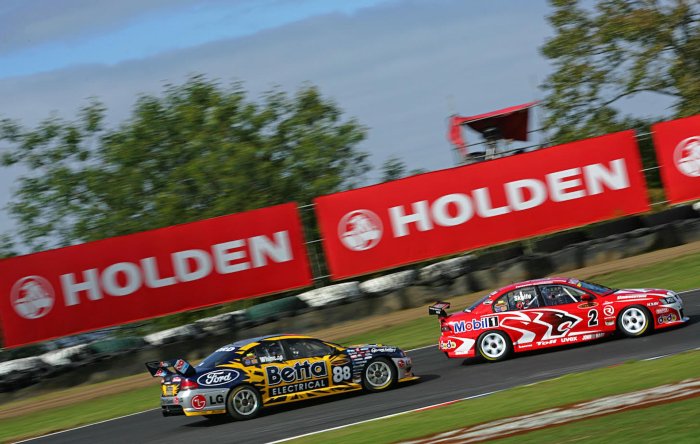 Skaife had previously taken individual race wins at Pukekohe in both 2002 and 2003 for HRT, however it took him until 2006 to actually win the round overall after Greg Murphy had been the dominant player on home soil and won four of the first five rounds held there between 2001 and 2005.

Skaife had also claimed success at Pukekohe way back in his Nissan days, sealing victory in the Nissan-Mobil 500 endurance races there alongside Jim Richards in the mighty Nissan GT-R back in 1991.

This was back in the period where New Zealand hosted a 500-kilometre street race in Wellington and another '500' at Pukekohe the weekend after - it was a popular series of races for Australian teams to compete in once Bathurst and the major events on their own calendar had been completed.

Brock got in touch with Skaife to congratulate his former Bathurst partner after his 2006 Pukekohe victory, though sadly he would be killed that September and not be around to see Skaife break the record and take his 38th round win at Eastern Creek the following season.

So what of the actual HRT Commodore that Skaife took to victory in New Zealand in '06?

That particular car - HRT chassis 053 - was the second last VZ Commodore built by the Holden Racing Team. It had a very short life in the main championship given the introduction of the all-new VE Commodore for the 2007 season.

The car was so heavily damaged that the HRT elected to rest it for the non-championship Australian Grand Prix races at Albert Park in Melbourne while repairs were carried out.

The car returned for round two at Pukekohe where Skaife steered it to two wins and a fifth place (in the reverse grid race) to take the historic round victory overall.

Skaife raced this car for the remainder of the sprint rounds in 2006 but he was unable to take it to another round victory. 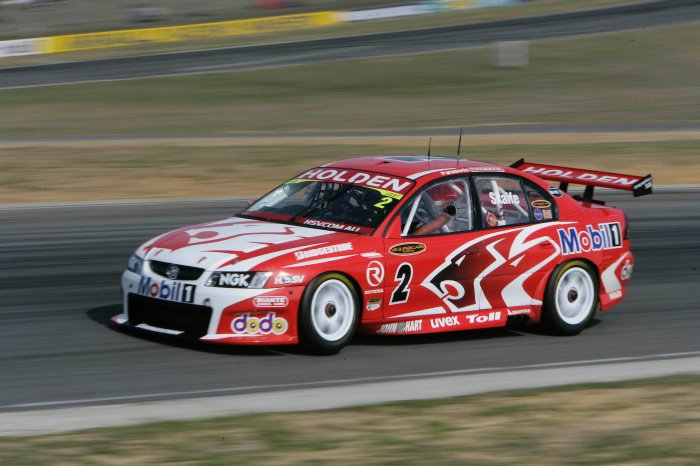 He came close nearly straight away in the next round at Barbagallo in Perth and won two races, though an 18th in the reverse grid race left him four points short of round winner Steve Richards whose Jack Daniel's Commodore accumulated enough points to win despite not winning any of the three races!

HRT elected to rest this chassis and not use it at either of the 2006 Sandown 500 or Bathurst 1000 endurance races though '053' returned in Skaife's hands on the Gold Coast through to the end of the year.

His final drive of it came in the last round at Phillip Island. While many will recall this round for the last race controversy involving Rick Kelly and Craig Lowndes, many forget that Todd Kelly won the round for the HRT with Skaife third overall.

The arrival of the new VE Commodore for 2007 prompted the team to sell off HRT 053 in 2007 and it was purchased by West Coast Racing and driven in the Fujitsu Series by Mark McNally, run by Tony D'Alberto Racing. 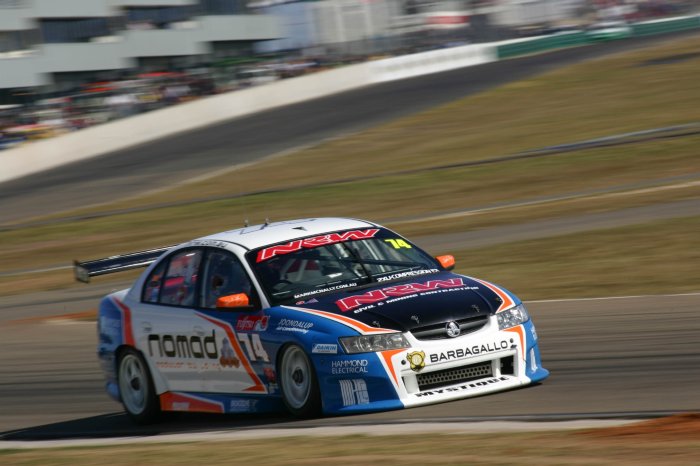 Later in the season McNally split from D'Alberto Racing and ran under Sean Scott's team before using the car for the first five rounds of the 2008 DVS prepared out of the Brad Jones Racing workshop in Albury.

HRT 053 did not turn a wheel for the next two years and was sold in 2011 to V8 Utes racer Warren Millett who intended to use it as a track day car.

Millett still owns this chassis and last used it at the Bathurst Motor Festival at Mount Panorama earlier this year, competing in the Combined Sedans class. 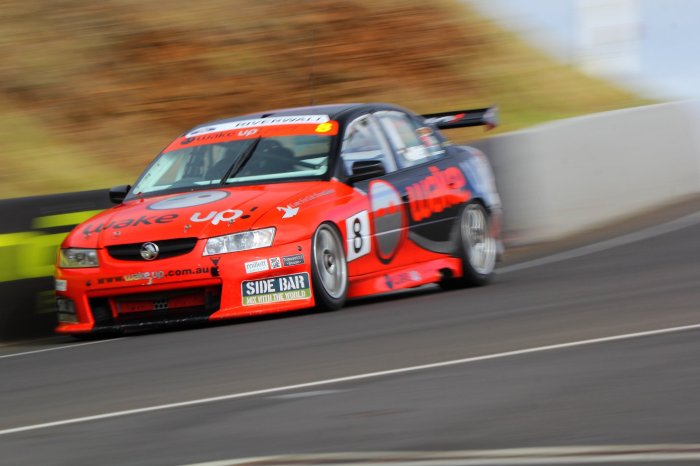 He's had former V8 Utes Champion and Volvo V8 Supercar endurance signing Chris Pither spend some time behind the wheel of it as well, so it's good to know this important ex-Skaife HRT Commodore lives on to this very day.

Saturday Sleuthing will take a break next weekend for the running of the ITM 500 Auckland at Pukekohe, but if there's a car you'd like to see featured in an upcoming story you can get in touch with the V8 Sleuth via any of the following methods:

29/10/2015
Stay In The Know
Sign up to the Virgin Australia Supercars Championship Newsletter
We use cookies to ensure that we give you the best experience on our website. If you continue to use this site we will assume that you are happy with it.Ok