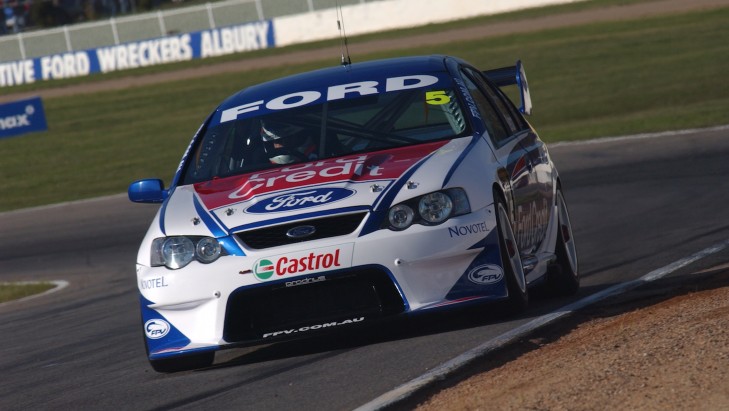 Glenn Seton holds a special place in V8 Supercar racing history as the last owner/driver to be crowned champion when he clinched the 1997 Australian Touring Car Championship at Oran Park in Sydney.

It's a feat unlikely to be matched for many years having been achieved in a team Seton had founded with father Barry back in the Sierra Group A days in 1989 after they departed Fred Gibson's Nissan squad.

Glenn Seton Racing was purchased by Prodrive in late 2002 and became Ford Performance Racing, which now races under the Prodrive Racing Australia banner.

Seton himself stayed on as driver with FPR in 2003 and 2004 before moving to Dick Johnson Racing in 2005 for what turned out to be his final season racing V8 Supercars full-time.

During his time at FPR he teamed up with Craig Lowndes to claim runner-up results at Bathurst in both '03 and '04, but today on Saturday Sleuthing we're focusing on Seton's last factory #5 Falcon.

FPR built a batch of three new BA Falcons in 2003 with the first being allocated to star signing Lowndes and the second coming on-stream for Seton at Winton as the #5 Ford Credit car.

Seton drove it throughout the single driver rounds in what was very much a teething year for the team as it ran three cars for he, Lowndes and David Besnard.

Seton paired with Lowndes at Sandown and Bathurst however his regular #5 car was still in action at those races in the hands of future Dunlop Series champ Adam Macrow and former Wynn's/Gibson pilot Darren Hossack.

Despite the car being crashed at Bathurst it was repaired for Seton to step back into and he completed the rest of FPR's maiden season aboard it with GT branding being added to its flanks.

Seton moved into the former Lowndes car for the first part of 2004 before he '03 chassis returned to his hands after a major rebuild in time for Winton.

Again Seton ran it for the remainder of the season in the single driver rounds and Swiss ace Alain Menu paired with Macrow for the Sandown and Bathurst enduros. 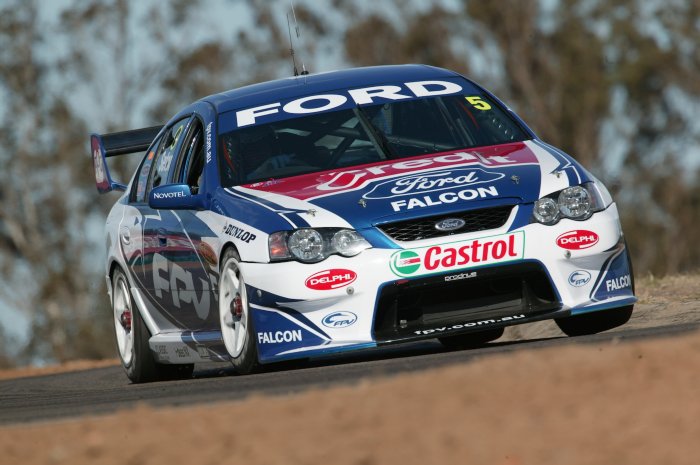 Seton departed FPR at the end of 2004 and his former car did as well to Jason Bright's start-up Britek Motorsport squad.

It became the #52 Fujitsu-backed Falcon of Matthew White for 2005 and was piloted by Jose Fernandez and now V8 Supercars Director - CompetitionDamien White in the endurance races.

The chassis was given a full rebuild over the off-season and essentially was re-created by the Britek team with new suspension, uprights, plumbing and engine configuration. 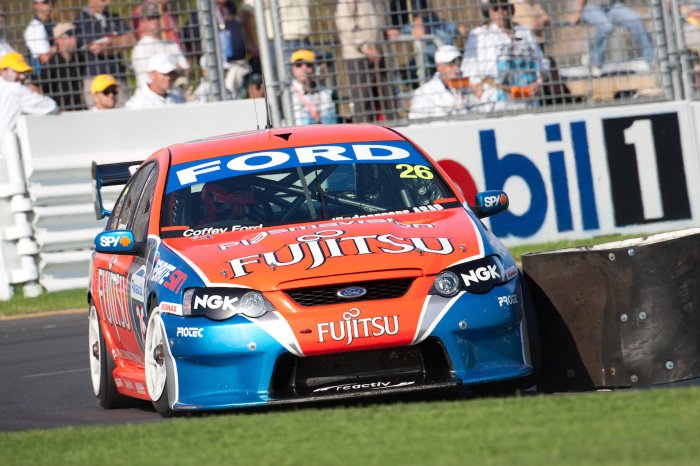 Sports Sedan ace Tony Ricciardello joined Fernandez for the endurance races before the car became the Irwin Tools car in 2007 with Alan Gurr taking over as driver.

A major shunt at Hidden Valley in Darwin saw the car require major rear end repairs but the team didn't miss a round, eventually having former full-time Britek pilot Warren Luff co-drive with Gurr in the endurance races.

The car's time as a V8 Supercars Championship machine ended at the completion of that season but it then moved into finding a life in the Dunlop Series.

After acting as a spare car for Britek in the first part of 2008 it was leased by Colin Sieders for the Sandown round after he had been involved in a multi-car crash at the Wakefield Park round.

In the end the Sieders Racing Team purchased the car and Colin raced it at Bathurst and Oran Park in Gulf Western Oil colours.

It returned to the DVS In 2009 with brother David initially driving before Colin stepped back in with CareFlight backing - the organisation has saved his life some years earlier after he'd been involved in a nasty road accident.

Colin Sieders made more appearances in the car in 2010 and 2011 with Bisley Workwear backing before it last competed in the development series at Bathurst in 2011. 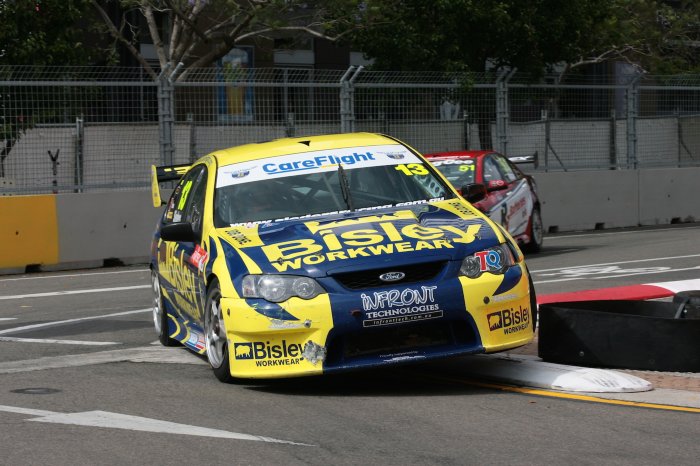 Victorian Jared Lovie, who had been looking for a V8 Supercar to restore for some time, eventually purchased it in 2013 and began stripping the back right back to a bare shell as part of the project.

The car returned to the track at the opening round of the Victorian State Circuit Racing Championship at Phillip Island in April last year, looking sharp in its #5 FPR/Seton livery while competing in Sports Sedans.

Lovie plans to race the car in selected rounds of the V8 Touring Car Series with the ex-Seton Ford prepared by Dunlop Series squad Image Racing run by Terry Wyhoon. 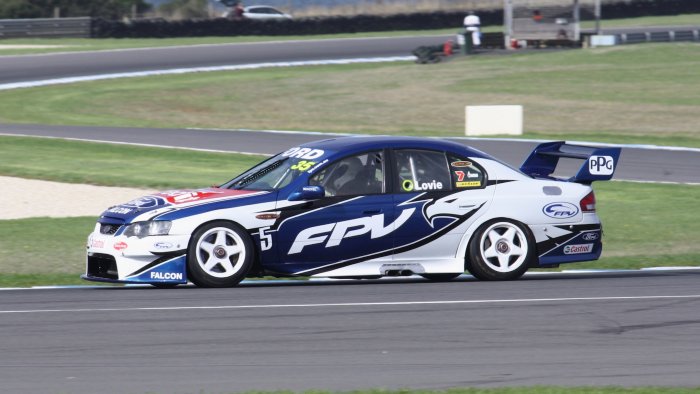 "The engine was built by Mike Excel and the car has had a full tear down and rebuild, inside and out.

"I was lucky enough that the car came with a heap of spares so all the parts used were originals. Even the panels were from original FPR or Britek stock."

There's no doubt Glenn Seton - who recently celebrated his 50th birthday - is a V8 Supercar legend so it's great to see one of his former cars carrying his old number and colours once more.

--
To get in touch with the V8 Sleuth, you can do so via the following methods:

Courtney's not afraid to push for victory

28/05/2015
Stay In The Know
Sign up to the Virgin Australia Supercars Championship Newsletter
We use cookies to ensure that we give you the best experience on our website. If you continue to use this site we will assume that you are happy with it.Ok