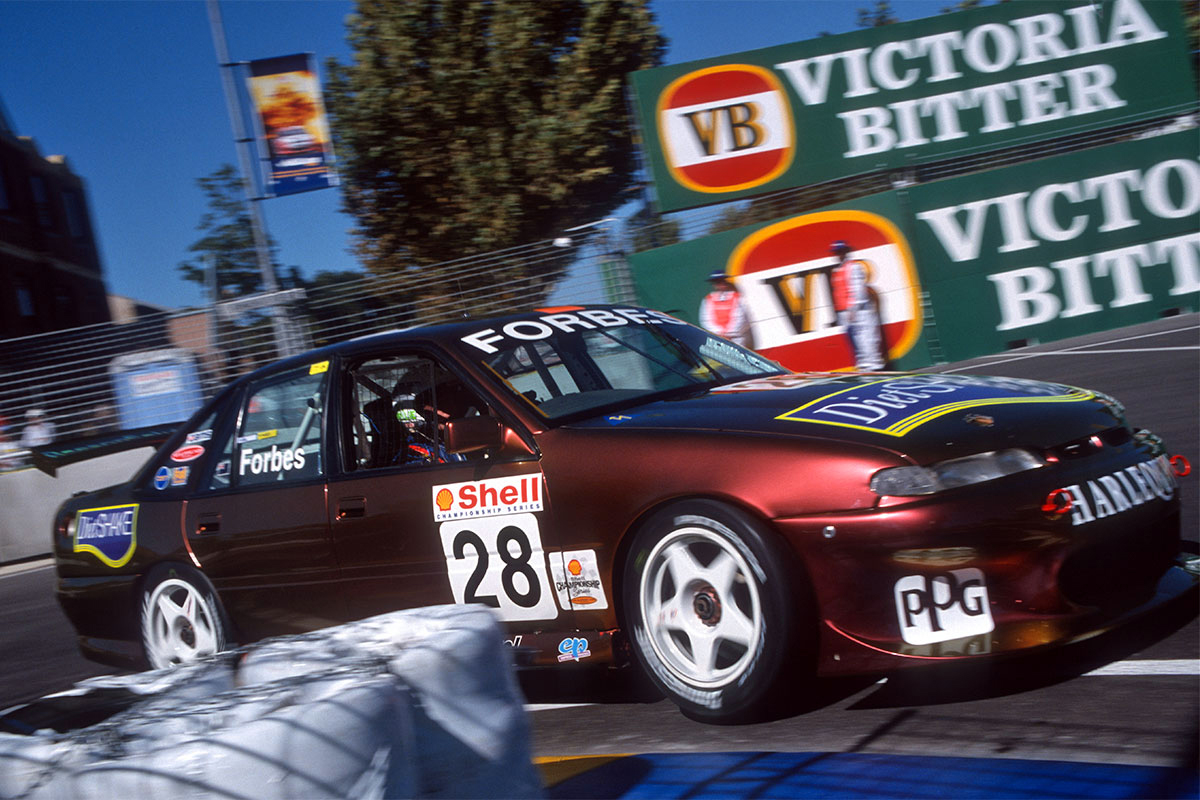 The Forbes family has a history with Australian motorsport dating back to the 1960s.

Bob Forbes was a racer and a team owner across multiple decades, and his son Rodney Forbes joined the Supercars Championship full-time in 1999.

His first season as a privateer showed promise, even briefly leading the Bathurst 1000 outright on the way to winning the Privateers' class with Geoff Full.

A latecomer to motorsport, Forbes tells Saturday Sleuthing that he'd have gone about his Supercars career very differently if he had his time again.

What does an average day look like for Rodney Forbes in 2019?

An average day looks like me trying to figure out what I'm going to do with my day: either go for a surf, go to yoga or go kite-surfing if the wind's up!

That's what my current hobby is.

Other than that, I'll go down and work on one of my cars or a motorbike – I buy older cars and motorbikes and restore them.

And occasionally I go and do a Super Sprint in one of the cars. 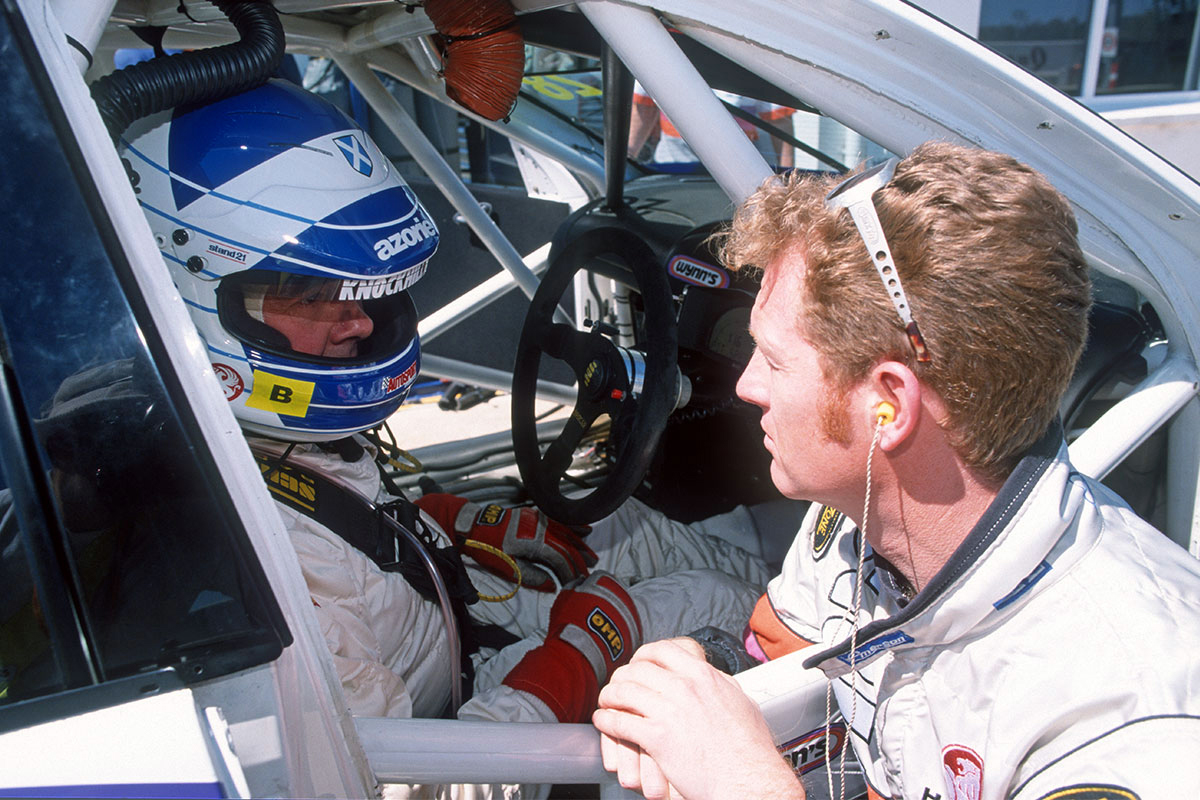 Forbes with co-driver John Cleland at the 2000 Queensland 500

Is that the only competitive driving you're doing nowadays?

After racing here I went overseas from 2009 to the end of 2014, racing in Germany in the 24 Hour races and the VLN Series.

My dad ran a team, and when the team hired a track you go out to the track.

When this particular test day at Eastern Creek was finished, I took a mate's Nissan Pulsar SSS for a ride.

It was absolutely bucketing down with rain, and we aquaplaned his car coming into that last series of corners and poked it into the fence.

I gave him my car and repaired his car; it was an expensive day out.

I reckoned I could race a lot of go-karts for the same amount of money that I'd just spent doing that, so at the ripe old age of 26 I went go-karting! 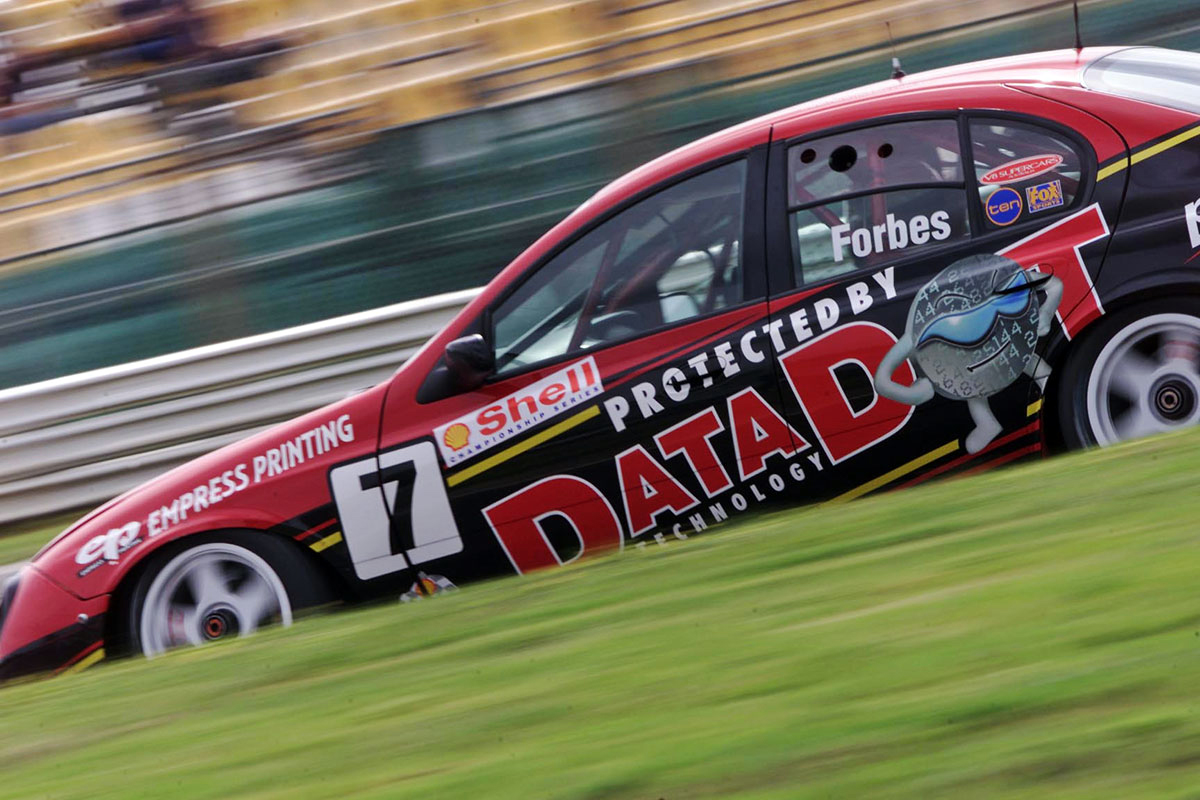 Forbes in a Gibson Motorsport Falcon at Pukekohe in 2001

Was there a plan to move up the ladder beyond that?

If I'd started at 10 or 12 I would've taken a much different route to what I did.

But I was 30 years old by the time I'd finished go-karting and decided to go into Formula Ford – you're an old bugger to start with!

That's why I fast-tracked myself through.

We went NSW state Formula Ford, then did two national series races at Oran Park and Sandown and won the Formula Ford race at Bathurst.

Even though I should've gone and done a season of national Formula Ford, because I was so old I went and raced Porsche Cup and GT Production instead.

We did alright in that, but you were racing against people who – while they were good drivers – weren't the gun drivers.

I wanted to have a crack at the V8s because that's where everyone who is any good is.

Albeit in hindsight, I would've done V8s a totally different way to how we did it.

What would you have done differently?

I would've done my own team where I wasn't hooked up with anyone else, just slowly chipping away and finding the right guys to be in the team.

Erebus is a classic example: they weren't really anywhere to start with, but they've been chipping away at it.

They're a small team with the right guys in there, and Davey Reynolds is doing a good job. 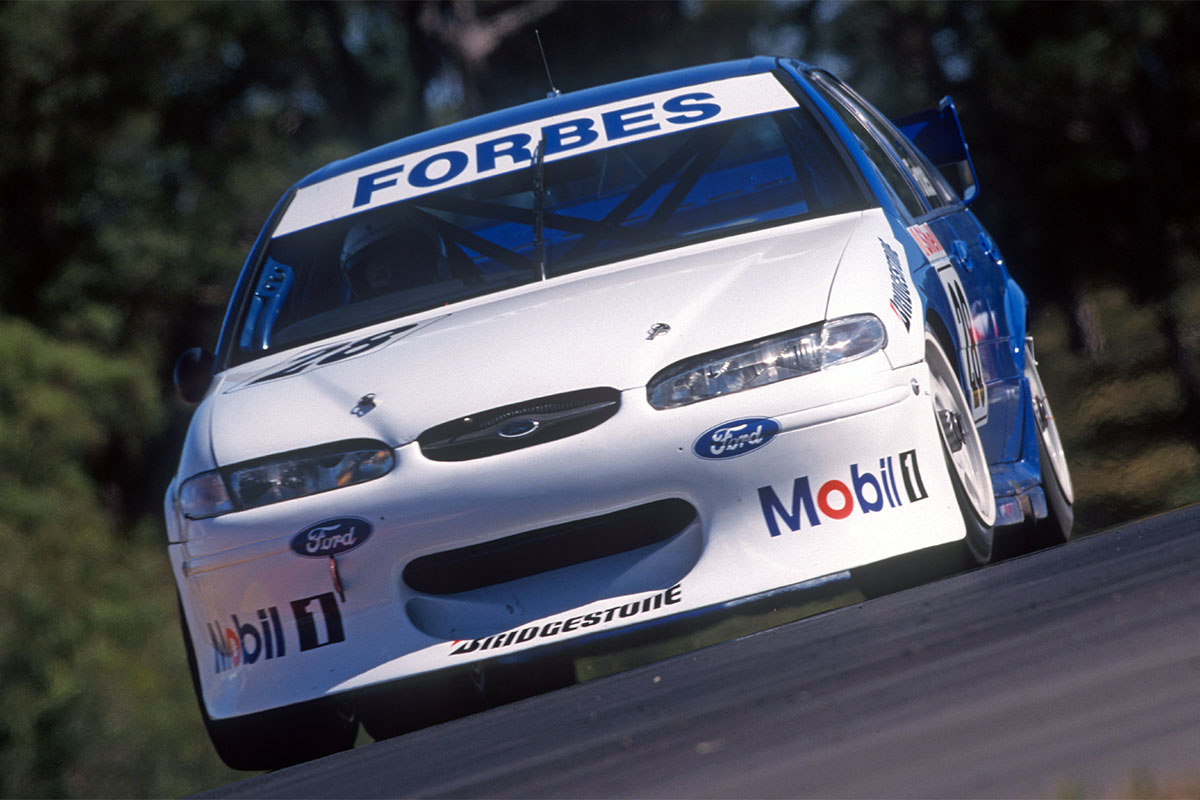 History records you making your first Supercars Championship race start in 1999 with a Lansvale-run Holden Commodore VS, but you were supposed to make your debut with Glenn Seton Racing at Lakeside in 1998...

We did the Australian Grand Prix support races which weren't part of the championship, but didn't race at Lakeside because in practice the car broke a front-end and poked me into the fence.

The deal didn't work out. You didn't know what you were getting in the car, and when you get the ultimatum, 'if you come off the track again, you're out'...

It's motorsport; you're going to come off the track at some point in time.

So we went off and did the Porsche thing more seriously the rest of the year, then in 1999 we joined up with Lansvale. 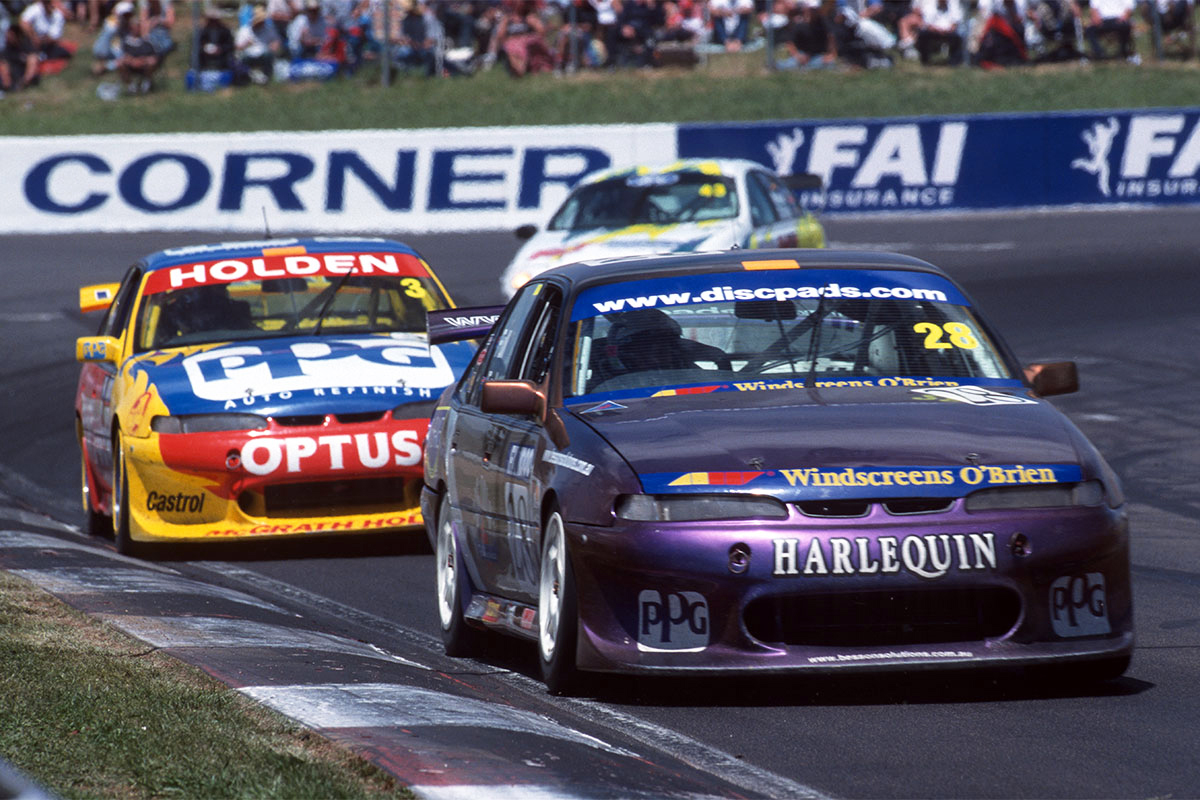 With a car that had a stunning livery!

PPG was very kind. It was called a Harlequin paint.

You had to spray it a particular way, and the paint would change colour as you walked past the car, as the light reflected differently.

That was such a revolutionary thing for the time, bloody clever stuff. About $1,000 a litre though!

It was also quite good because you'd go past one flag point and they'd report 'that purple car', and the next one would go, 'what purple car? It's gold!' 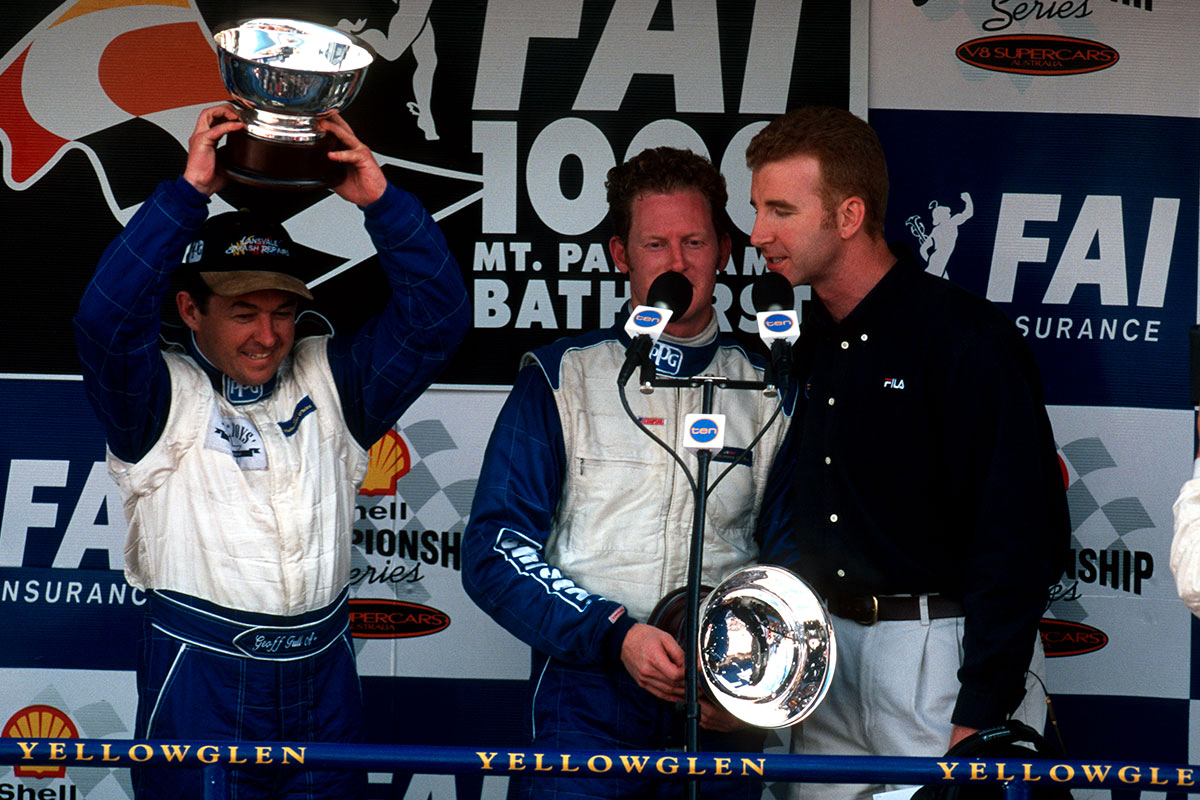 What are your memories of that ’99 season? You had a pretty good year...

Yeah, we did. Wally [Storey] obviously knew his stuff.

It's hard, because you are just starting out and the cars were beasts. It was quite a steep learning curve.

The Porsche was a very different animal: you could grab that car by the scruff of the neck and drive it pretty hard, whereas the V8, you had to manage it with all its horsepower and no grip.

The car was a couple-of-years-old Wayne Gardner car, but it was a good car, albeit we didn't quite have the outright speed of Cameron McLean at the time.

He had an ex-DJR car, better bits and pieces, and he could steer as well.

We had a ding-dong battle with him all season. Then at Bathurst we were on the podium for winning the Privateers' class.

It was a good year, good fun. You knew you had all the boys behind you, and it was just a good team environment with those guys. 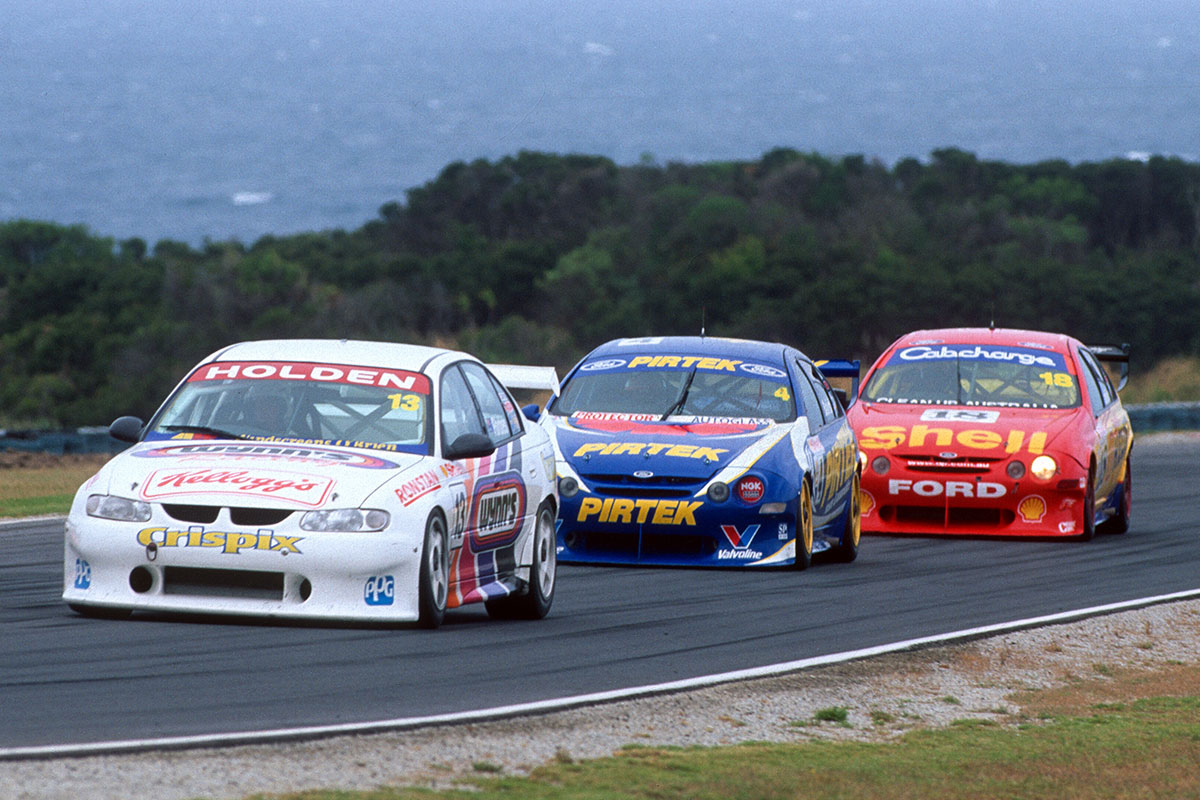 You then moved to Garry Dumbrell’s operation for 2000 and remained there for the rest of your Supercars career, through its evolution to Gibson Motor Sport and 00 Motorsport. It seemed like a pretty turbulent few years...

Yeah. Look, that's why I said it wouldn't be the way I'd do things with hindsight.

There's so many stories I could tell... let's say in that year the odds were definitely stacked against me.

You can't come out and beat the two star drivers in the first round and expect to get anything less than what you get. 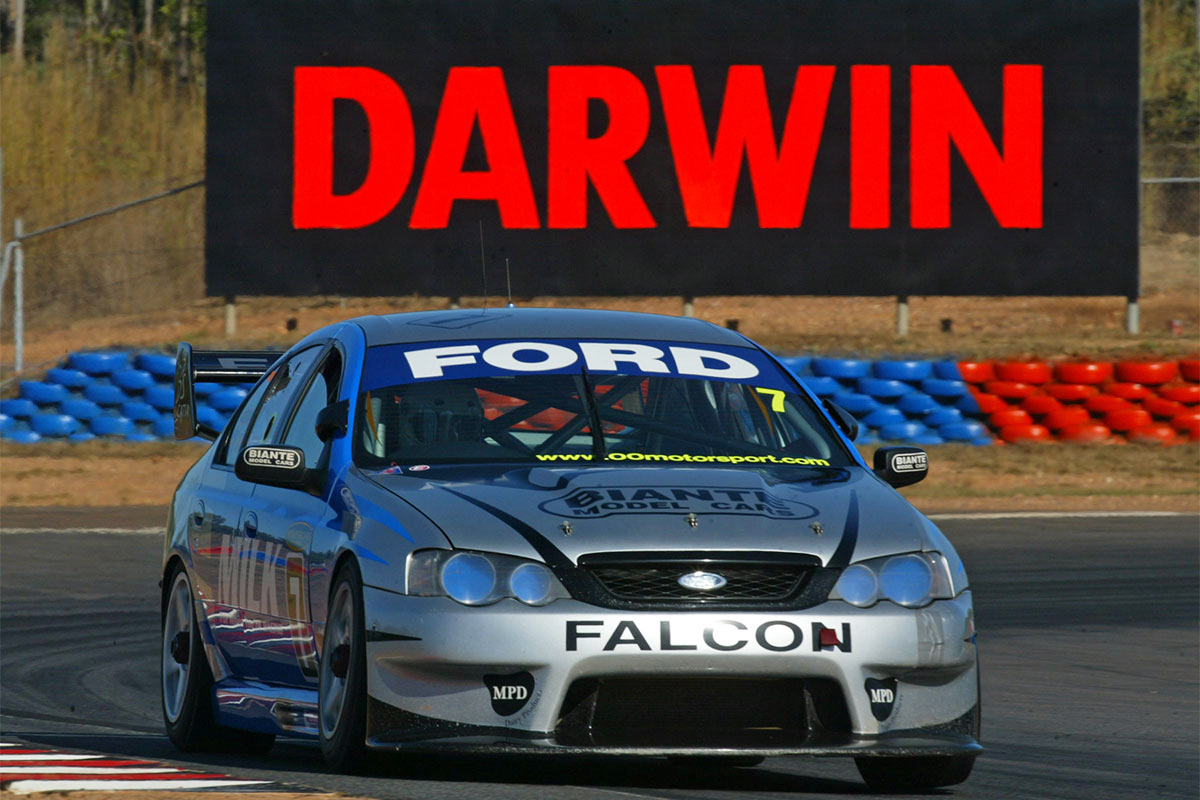 Craig Lowndes left 00 Motorsport at the end of 2002, and the team closed its doors after the Hidden Valley '03 round

Your last Supercars race was also 00 Motorsport’s last before it shut down in the middle of 2003. Did you look to pick up a drive anywhere else?

Motorsport was a discouraging place to be for me at that point in time.

It didn't matter what you were doing, it was all just backfiring.

At that point, I resolved to never race again. I was just happy to just go back to surfing and do all that sort of thing again.

It was only in '08 that I came back to motorsport. It was a fairly long break, but I guess you can't get rid of the bug if you've got it. 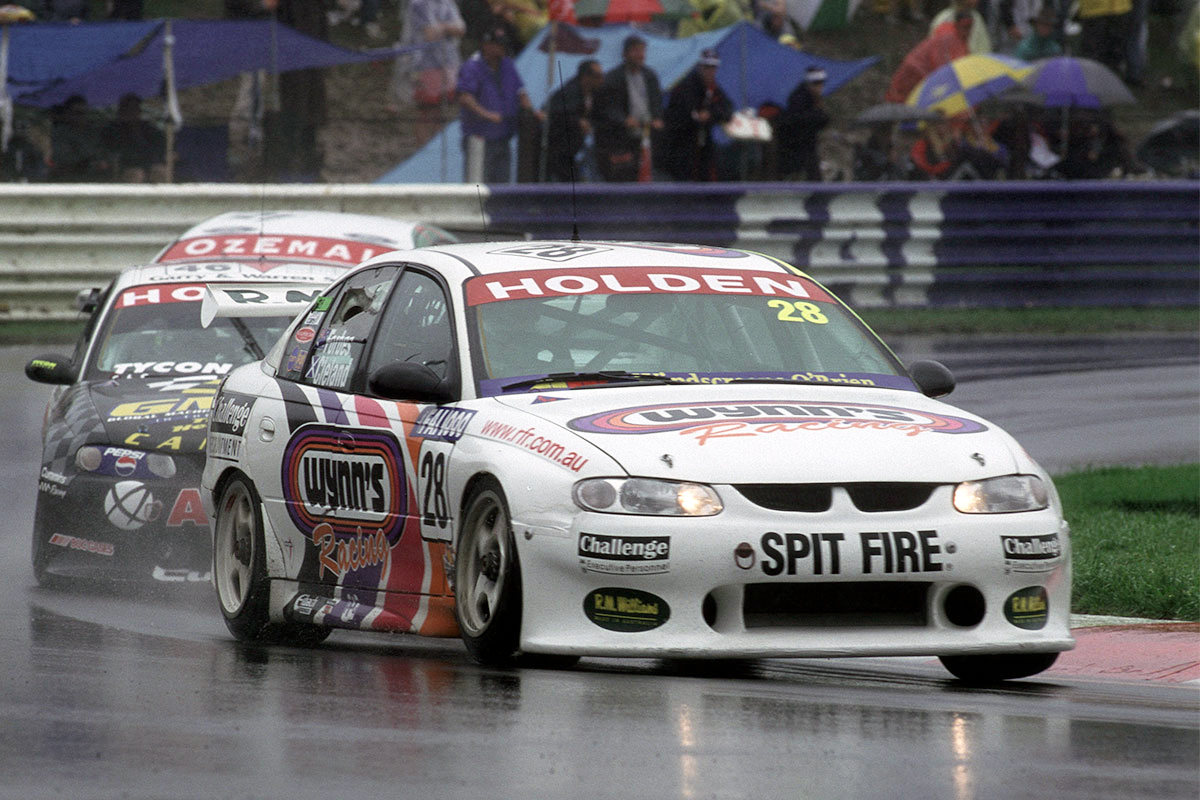 Any Bathurst, basically. You can't beat Bathurst in a V8 Supercar.

But as a favourite I'd say – even though it didn't end particularly well – the year we had the Wynn's car at Bathurst in 2000 with John Cleland.

The car was good, we were running really well and I think that would've been a good result, but unfortunately I poked the thing into the fence at the exit of the Chase.

It had been raining and I just got up on the exit ripple strip and it hit the fence.

There's Bathurst '99 and being on the podium, you can't beat those sort of moments, but when you've got a genuinely fast car...

A lot of the time it's hard to get a fast car, so you've got to have all the other things conspiring with you to get a good result.

Whereas if you've got a fast car and you think you can have a crack at it, that's always encouraging.

My favourite Australian motorsport moment, though?

That's going from last to first in the Formula Ford race at Bathurst in 1997 and taking the lap record in the process!