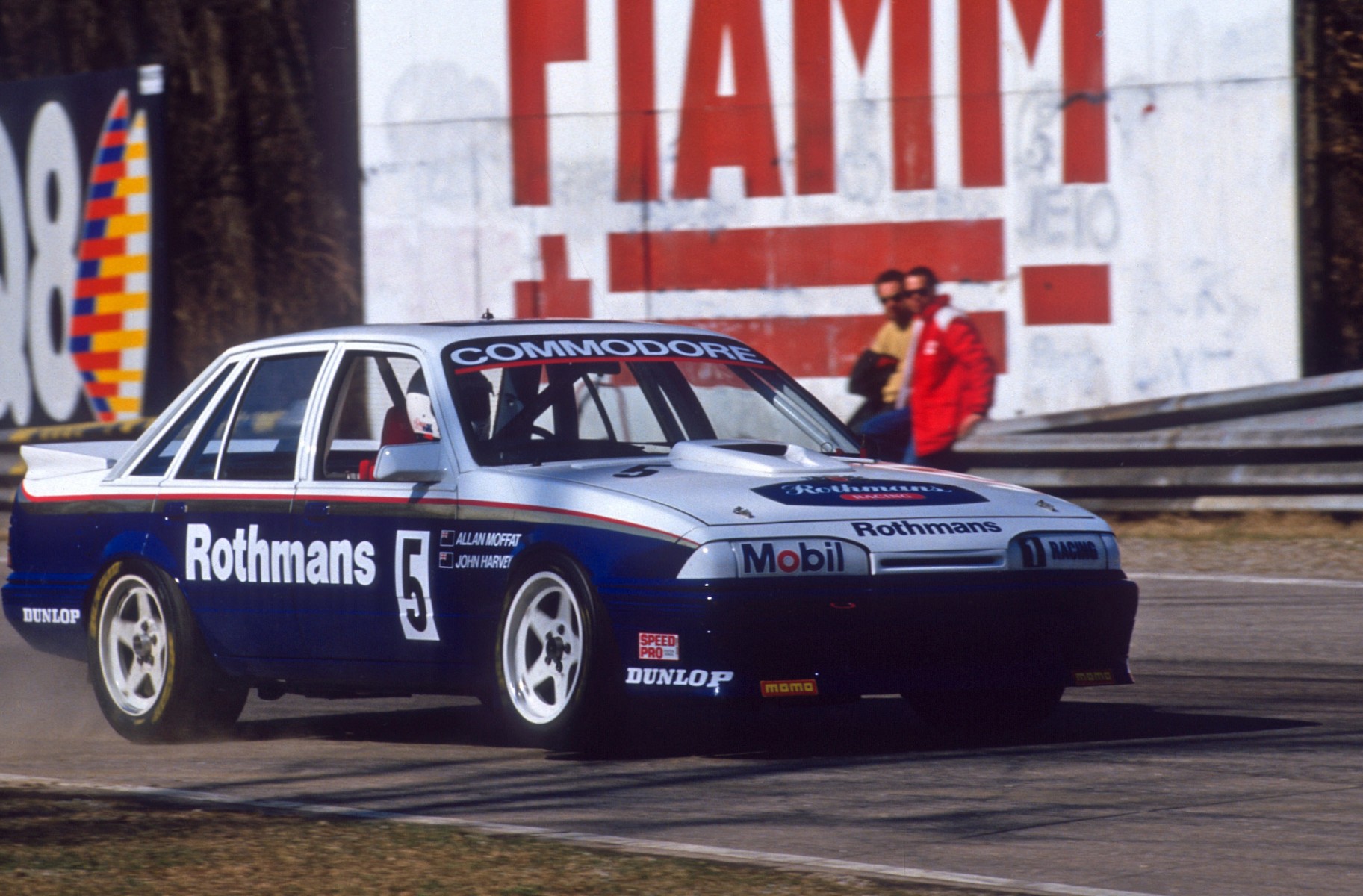 Nobody loves winning in the international sporting arena more than an Australian, a statement particularly timely at the moment with the Olympic Games coming to a close in Rio after two weeks of top-line sporting activity.

Today on Saturday Sleuthing we’re looking back at one of Australian motorsport’s greatest international achievements, made by a car and a team that, on paper, had virtually no chance of success.

Allan Moffat and John Harvey’s #5 VL Commodore from 1987 is arguably one of Australia’s most significant touring cars – and it never even raced on Australian soil during the Group A touring car era. 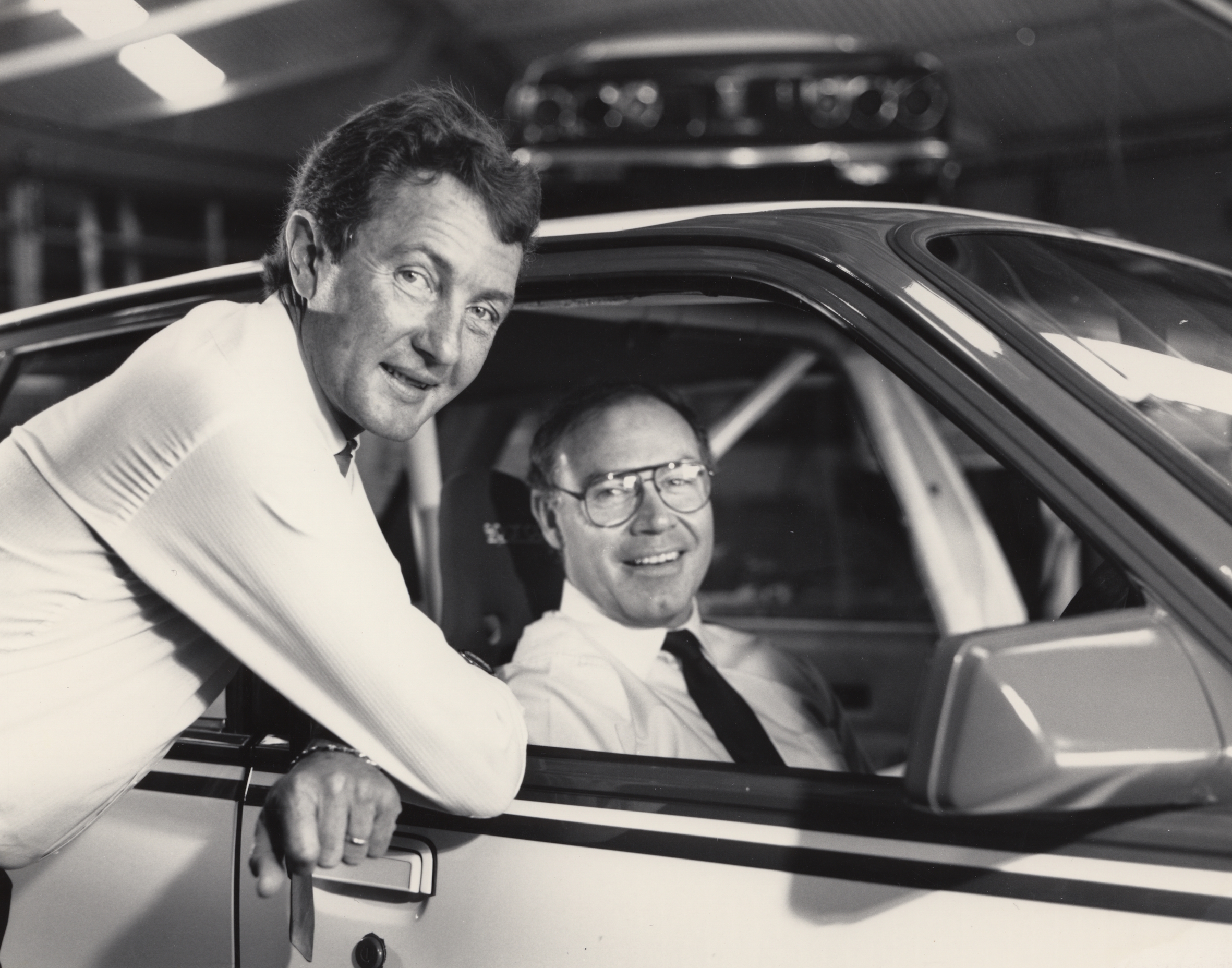 This is the car that claimed victory in the opening round of the inaugural World Touring Car Championship at Monza in Italy in 1987.

Built brand new by Peter Brock’s Mobil Holden Dealer Team for the 1987 season, it was due to be Brock’s #05 race car.

But its arrival came during a time of great turmoil and change for Brock and the HDT.

The ‘Energy Polariser’ controversy had come to a head with the unveiling of the HDT VL Director road car in late February 1987, resulting in Holden withdrawing all factory support from the team, leaving Brock’s racing budget well depleted.

Following Holden out the door were both Harvey and Moffat, who resigned from their roles as HDT team drivers.

Brock was to debut this new car at Calder’s first round of the 1987 Australian Touring Car Championship but, with all the off-track turmoil, was forced to sell the car before he ever had a chance to race it to raise much needed funds to keep his team afloat.

The buyer was Melbourne electrical contractor Phillip Ross, who made Brock an offer for the car he couldn’t refuse.

Ultimately it was revealed Ross was just a buyer’s advocate for the real purchaser – Moffat!

His plan was to ship his newly acquired VL Commodore to Europe, enlist the driving services of good friend Harvey, secure Rothmans and ANZ sponsorship, recruit a team of mechanics and contest the World Touring Car Championship’s debut race – and achieve all of this in less than four weeks!

The fact that the Moffat/Harvey Commodore made the start line for round one of the WTCC in Italy is a miracle in itself given the timeframes.

The re-liveried blue and white Commodore arrived at Monza in a borrowed truck, with no spare engine and only some head gaskets and spare spark plugs to get it through the weekend. 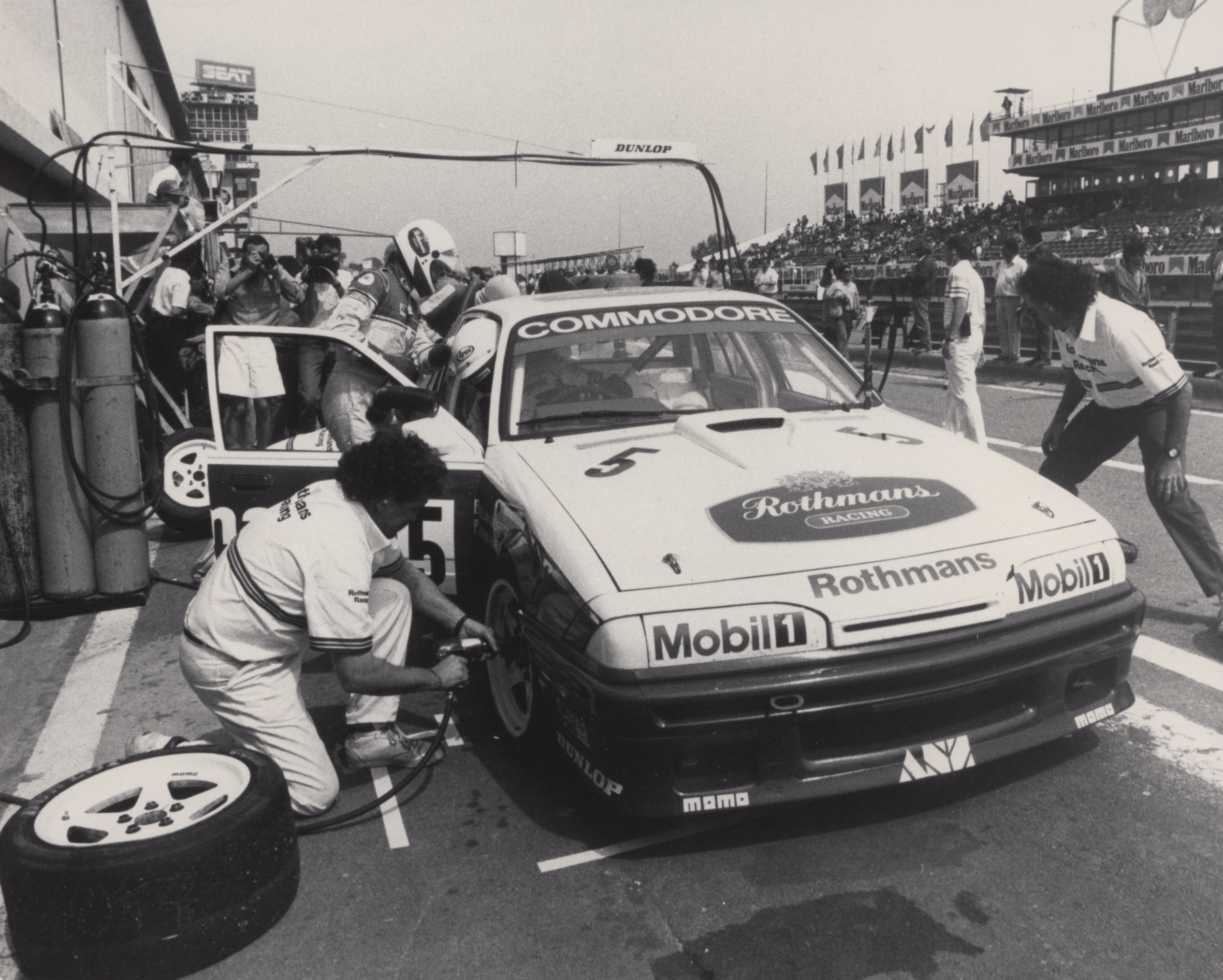 The team qualified ninth on the grid, headed by the debuting Ford Cosworth Sierra of Brit Andy Rouse and a fleet of new factory BMW M3s.

The race result is the stuff of legends.

Moffat and Harvey drove a solid and consistent race to come home in seventh position, beaten only by the flock of factory M3s.

While the Commodore pilots left the track happy with a job well done, one person who wasn’t happy was a privateer BMW entrant who’d followed the Commodore through scrutineering.

He’d just discovered that the brand-new customer BMW M3 race car he’d purchased was some 80 kilograms heavier than the factory M3s that had filled the top six spots. Very angry at this development he wasn’t backward in coming forward to share this information!

Moffat and Harvey woke the next morning to the news that the factory BMWs had all been disqualified for running illegal carbon-fibre panels and that they had just won the first round of the World Touring Car Championship.

“We came down the stairs in the morning for breakfast and the little fellow behind the desk started shouting ‘magnifico, magnifico!” Moffat recalled to our V8 Sleuth for the pages of Australian Muscle Car Magazine a few years back.

“He could read the newspapers to know what had happened, but we couldn’t! It was the best reception we’d ever had for winning a race in our lives!”

Moffat, Harvey and the Rothmans VL competed in the next two rounds of the WTCC at Jarama in Spain, and Dijon in France but failed to finish both races.

They elected to skip round four at the Nurburgring and focused their effort on the iconic Spa 24 Hour race in Belgium.

The team had a brand new Neill Burns-built 24 Hour engine for the event and were joined by Australian privateer Commodore driver Tony Mulvihill to assist with the driving in the epic Belgium race.

Mulvihill, try as he might, did not satisfy the minimum qualifying requirements and was not eligible to compete. This set-back left Moffat and Harvey the gigantic task of driving the full 24 hours by themselves, the equivalent of four Bathurst 1000 races back to back!

Typical of Spa, it rained for much of the event, making an already difficult task even harder. But the Aussie V8 ran like clockwork and they greeted the chequered flag a brilliant fourth outright!

This amazing achievement was the last race in the Moffat/Harvey European campaign. 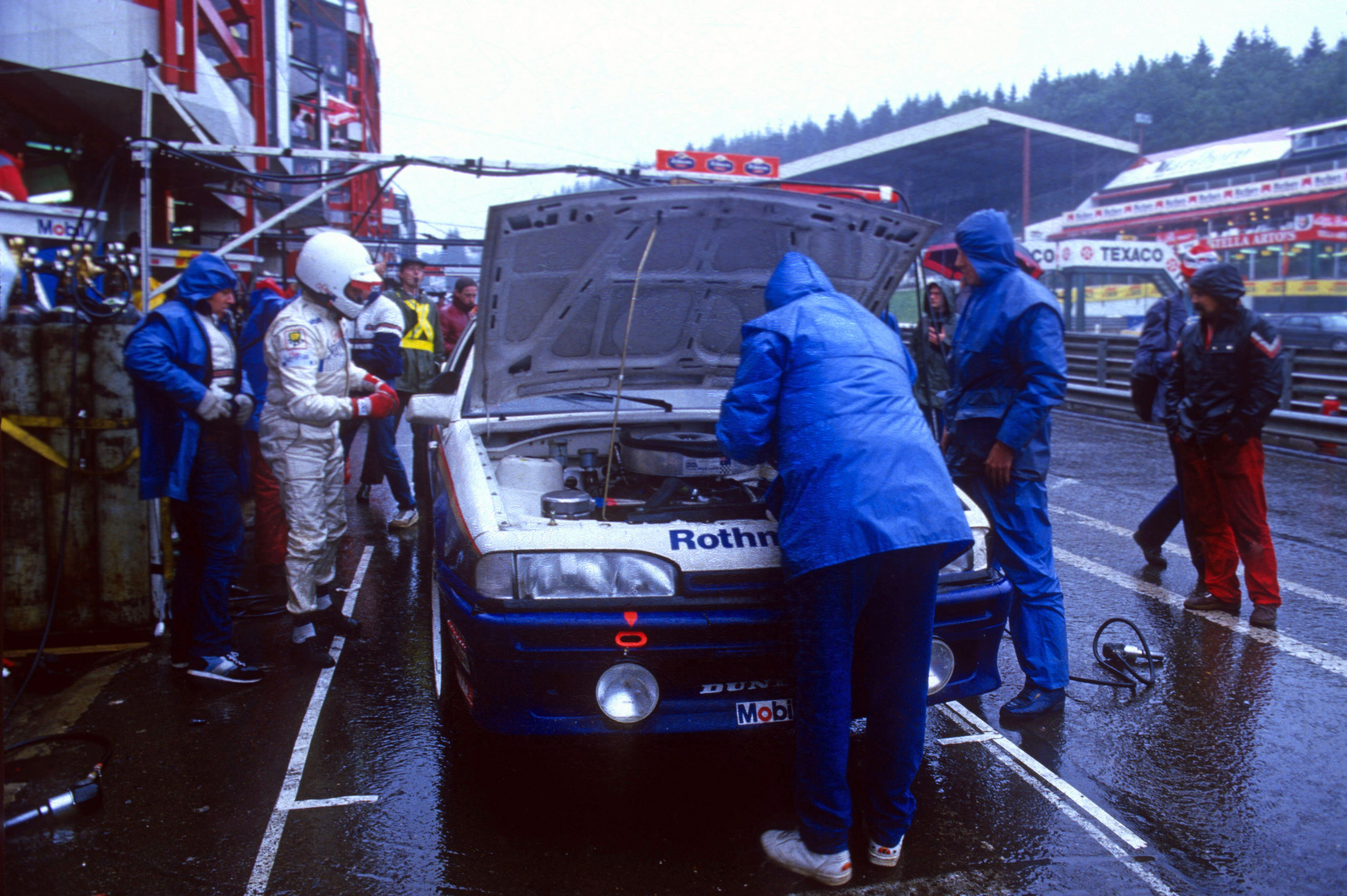 Moffat eventually brought the Commodore back to Australia and later sold it to Robert Groves who used it in a range of Sports Sedan and club events in the 1990s.

The car is currently owned by Melbourne collector Milton Seferis, who beyond some limited running in Sports Sedan events has recognised the historical significance of the car and maintained it in its original 1987 livery and specification.

Saturday Sleuthing will be back after the Red Rooster Sydney SuperSprint on September 3 with a special story on the restoration of a former Castrol Perkins Commodore.