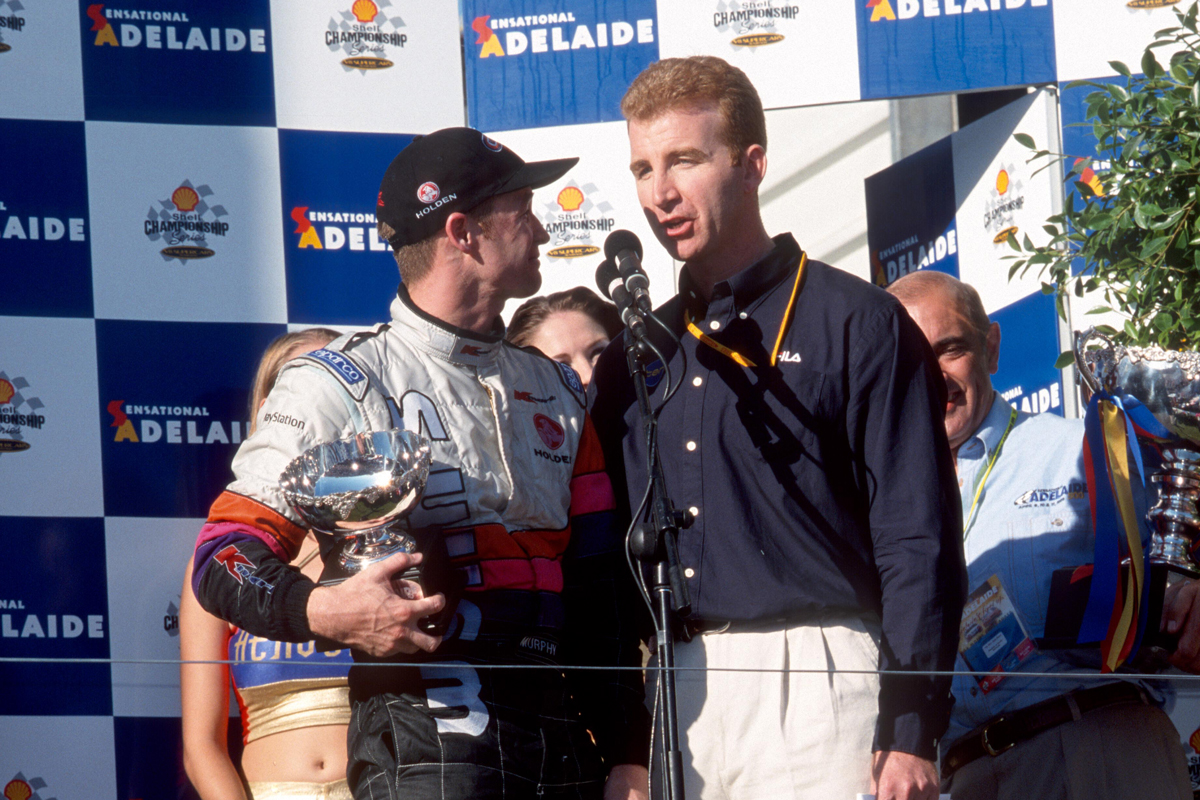 From an unexpected chance at an Amaroo Park AMSCAR round to being a lead Supercars commentator, Mark Oastler has been there and done it all in the world of television.

The younger brother of former Formula 1 technical director Malcolm, Oastler was a race fan from before he remembers, and when he got the opportunity to combine his love for cars with his media skills, all of his dreams came true.

And as we found out in the week’s edition of Saturday Sleuthing, he owes it all to one man …

Before we get into the past, let’s talk the current day - what makes up for a day in the life of Mark Oastler today?

I’m mostly writing for the Shannons Club, which involves writing numerous stories for their online TV channel and some other corporate work.

I’m also doing road test reviews for CarAdvice.com.au which is an expanding part of what I do, plus the little bits and pieces on the side, so that keeps me pretty darn busy. 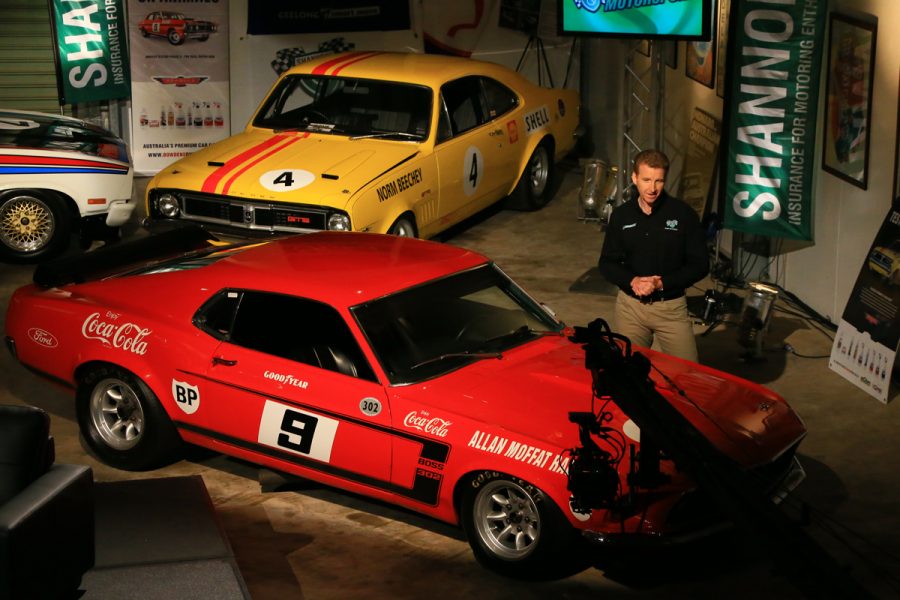 Oastler on the Shannons Legends of Motorsport set

Bathurst 1990 was the first major race that we saw you commentate on. How did it all come about?

My brother was working in the UK and I had read in the motorsport press that Neil Crompton was going over there to race a Formula 3000 race at Brands Hatch.

I’d always wanted to be in commentary and I thought ‘I wonder if there is an opportunity for my brother to mention to Neil that his brother was interested in motorsport commentary?’

I was really just throwing a dart into the blind but I thought I would have a crack. Word got through to Neil that I was interested in doing this stuff and when he got back to Australia, we got together and had a chat.

It was just very timely, because at the time Neil was trying to forge a racing career of his own. His television commitments were becoming very difficult for him to keep up, so he thought this was really great because there is a guy who can somewhat take his place and take the pressure off.

It was just pure luck the way that it worked out. He mentioned it to Mike Raymond and Mike said to come out to Amaroo Park one afternoon for those AMSCAR meetings they used to broadcast on Seven and see how it all works.

I rocked out there thinking I was going to be standing out the back having a look at the way TV works and all of a sudden he turns around and says ‘here you are mate, put this set of cans (headphones) on you and see how you go with the next race’.

I’ll never forget, it was one of those moments in history where you're either going to walk out or just have a crack, so I just said ‘yep, OK.’

You can imagine how nervous I was – I had no intentions of commentating that day. It was absolutely out of the blue.

I had a crack at it and they were happy with the way it went and Mike said, ‘If you are free, you can come back and join us for Bathurst,’ which at the time was several months away.

I went home and studied like you wouldn’t believe. I did profiles and backgrounds notes on every driver, every car and anything I could possibly get my hands on so I was fully prepared for when I rocked up there.

They got me to do some commentary during the telecast and it was a ripper race. It was that year where (Allan) Grice and (Win) Percy won and it was fantastic and, from my point of view, it all went well. Mike said ‘I want you to keep coming back’ so he just kept asking to come back and it grew from there.

I guess it was one of those things – preparedness meeting opportunity. I’d done a lot of community radio and always played around when I was growing up doing all this sort of stuff, so in a way I was sort of prepared but, wow, when someone just throws you onto live TV on a national broadcaster with millions of people watching, it’s an eye opener. 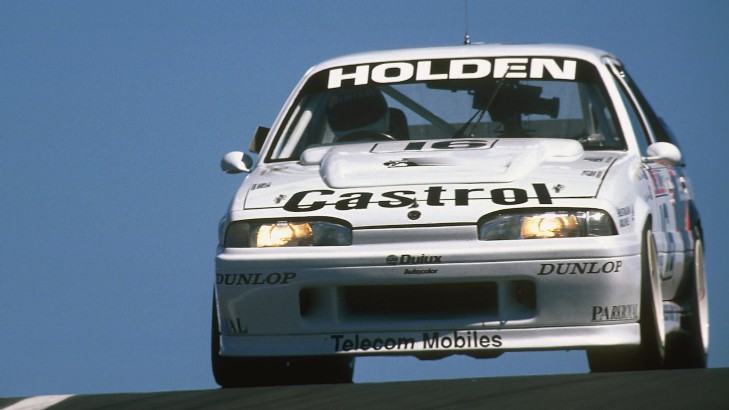 Everyone knows you as Mark Oastler however, as per this legendary tale that is not how you were represented in your TV debut …

When I was given that chance at Amaroo Park in 1990, at the time I was working at Channel 9 as a stagehand on programs like The Today Show, The Midday Show and that sort of stuff.

I was offered this chance to do the commentary and thought 'this could be the greatest balls-up of all time, and if it is, I don’t want anyone to know about it'!

So when I went out there I told them my name was Mark Austin. It was a decision I had to make on the spot to cover myself and fortunately it worked OK and I didn’t need to do that anymore but it was quite funny!

You covered all aspects of television commentating – live TV, lead caller, expert caller, post-produced, pit lane and more. What was the part you enjoyed the most?

Live TV is just the most exciting part of doing television and the most satisfying. I remember the first time I commentated at Bathurst in 1990. I was dried mouthed, heart beating and just totally intimidated, but after you start doing it for a while it just becomes second nature.

The only thing burning up all those calories is the brain because you’re just sitting on a chair and your brain is working at absolute redline all day.

Not only are you commenting the race, you’re having to keep across a whole lot of things in terms of pit strategies and whose pitted and who hasn’t – just trying to step back from it while commentating and trying to get an overview of the race. 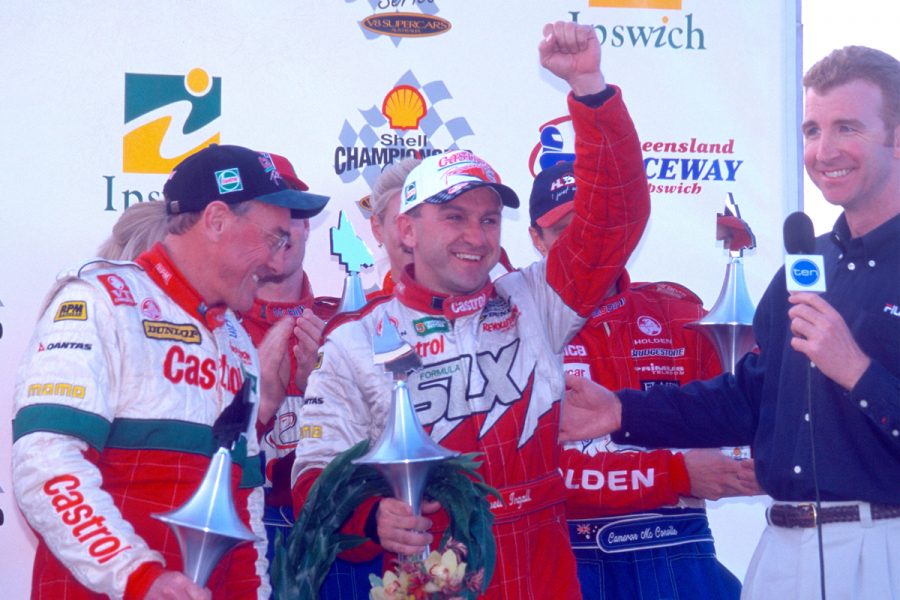 We stopped seeing and hearing you in about 2003. What was it that turned you away?

There was a fundamental change in the way television commentary was being done. When I came into it in 1990 it was just getting toward the end of the era where you had racing drivers and teams on one side of the track and you had TV commentators on the other side of the track.

I started to see a fair bit of crossover starting to happen. Crompton was obviously the pioneer of that but more and more drivers were starting to move to commentary roles in terms of special comments and that sort of stuff.

I could see the way this was evolving and I thought ultimately, when Crompton finishes his racing career, I know he will be going to come back into doing commentary full-time and with him will be a whole lot of other ex-drivers.

I could see that my role as a specialist commentator within that environment was going to change. That was when I decided to get out and established the Australian Muscle Car Magazine.

You look at it now across all different media, there is ex-racing drivers or athletes all over the place. No matter how good of a commentator you think you are, these are all ex-V8 Supercar drivers and there is just no way to could match that level of credibility and knowledge.

I’m glad I was able to become a commentator and I really enjoyed it but it’s sort of like an end of an era.

You got to call with a raft of great commentators and drivers. What are the relationships that stand out the most for you?

But the relationship with Neil was so special to me because he provided the leg in the door to the industry, and to do it so quickly, I will be eternally grateful for the opportunity.

And not only the opportunity, he was a tremendous mentor. He didn’t just say ‘off you go and commentate’ he just gave me so much advice, especially when I was like a deer in the headlights starting off.

Neil’s legacy for me was the fact that he not only gave me an opportunity but was so helpful with guiding me through my career and I’ll always be grateful for that.

Definitely that Lowndes moment when he took on John Bowe in the closing laps (1994 Bathurst 1000). That was just beyond belief.

The 1990 Bathurst will always be one of my favourites, it was my first time there as a commentator and the Aussie V8 knocked over the turbos. Larry's (Perkins) victory at Bathurst in 1993 was pretty special to me too.

I do remember also the collision between Paul Morris and Mark Larkham on the grid at Oran Park. The big fireball. That was pretty fearful stuff to watch.

Once again, when doing live television, you’re so aware of everything you say because in those situations it’s so easy to say the wrong things. You have to be extra mindful as to what’s going on.

There are just too many, but I can just say overall I enjoyed all 13 years. There were highlights all the way through it. It’s a great memory. 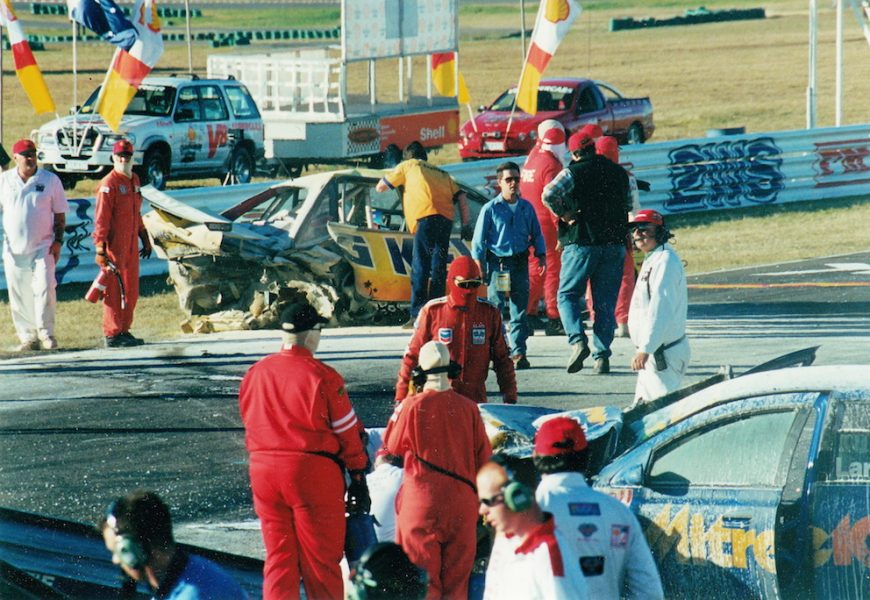 The aftermath of the Larkham/Morris accident

And surely it could not have been all smooth sailing. Was there a lowlight as well?

The worst one that I had was potentially a disastrous moment for me. It was Hidden Valley in 1998 – the first V8 race in Darwin.

It was the final heat race of the day and I needed to go to the toilet quickly before the start, so I rushed out of the commentary box.

Just outside there had been some water leaking and someone had put a wooden pallet down. In my rush, my shoe goes in between the gaps in the two planks of the pallet and I’ve got enough momentum that I can’t get my foot out and I land flat on my face on the ground.

Normally it’s not a big issue but we were in the Northern Territory and everything is covered in red dust!

I get up off the ground and the front of my shirt is completely covered in red dust and we were only a couple of minutes away from starting the race … and I had to do the podium presentation afterwards!

Mind you, we were in white shirts and white pants!

I panicked, washed my hands and while they were still wet, I went to dust myself down so it turned the red dust into mud. Now, I’ve got all this mud on the front of me!

I rushed back into the commentary box to do the call, much to Leigh Diffey’s amusement, and then I walked down to the trailer to do the podium presentation.

It was a mess, I was covered in red dust and I was just so lucky because, on top of the trailer was a banner that cut me off about waist height, so you couldn’t see all the dust and stuff all over my white pants and the big streak of red dust on my shirt. I was able to cover my shirt with my arm holding the microphone.

I thought ‘wow, I dodged a bullet, that was close’; but my bad luck wasn’t over. After the podium presentation finished, I was walking back to the commentary box and a bird flies over and does a big crap down my back … what a day that was!

16/08/2018
Stay In The Know
Sign up to the Virgin Australia Supercars Championship Newsletter
This website uses cookies to improve your user experience. By continuing, you will be providing your consent to our use of cookies.Ok