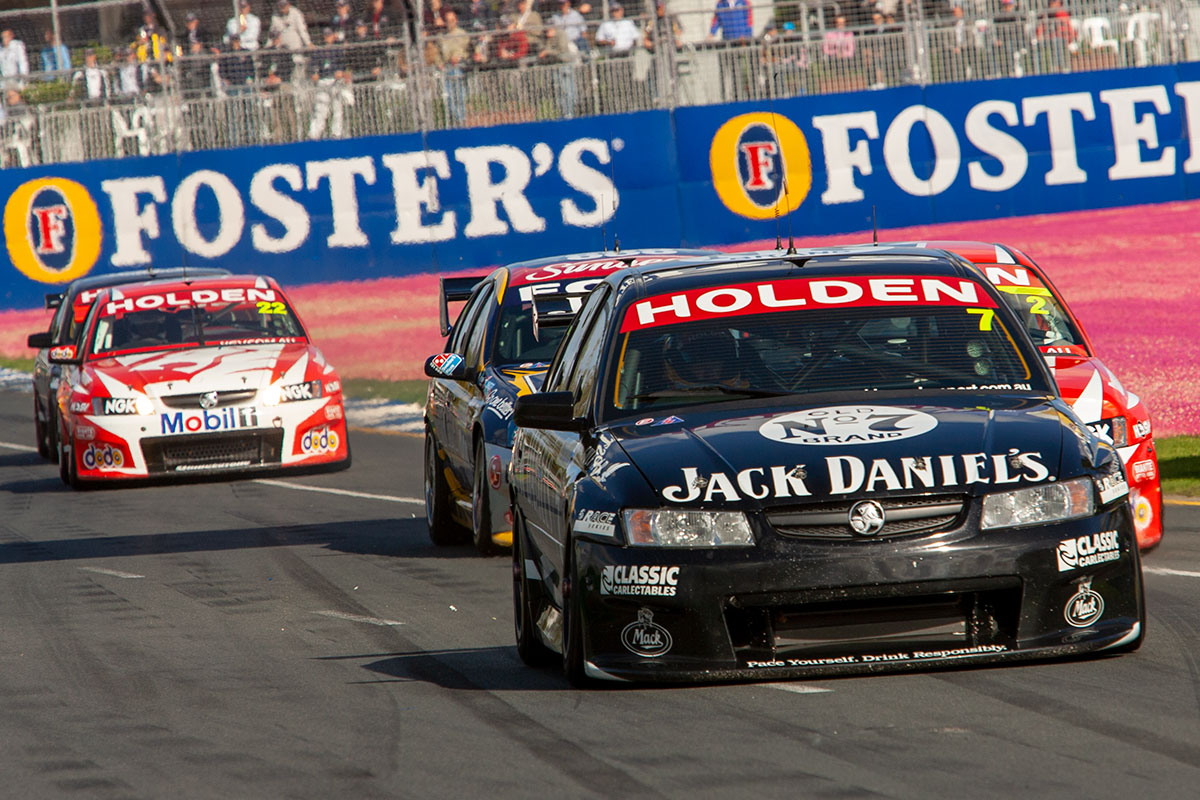 This week on Saturday Sleuthing we’re looking back at a car from the famous list of machines produced by Perkins Engineering.

Next weekend will see the Larry Perkins Perpetual Trophy awarded for the third time to the driver who scores the most points across the Beaurepaires Melbourne 400 weekend, but what of the car that delivered Perkins Engineering's final Albert Park race victories?

After many years sponsored by Castrol, Perkins started a new era in 2006 with the backing of Jack Daniel’s and his Commodores moved to carry the brand’s familiar black and white livery.

The Melbourne-based team built a brand new car for its star pilot Steve Richards for the ’06 season – chassis PE 044 – and Richards debuted it as the #7 entry at the Clipsal 500 in Adelaide.

It was the last VZ Commodore built by Perkins’ team prior to the introduction of the new VE for 2007.

It proved to be a successful car that season too, Richards snatching two race wins at the non-championship Albert Park event in something of an upset.

He claimed Race 2 after starting ninth on the grid, taking advantage of Craig Lowndes attempting to pass Mark Skaife to jump past Lowndes and grab second before nabbing Skaife later in the lap, the 13th of the 19 in the Saturday afternoon race. 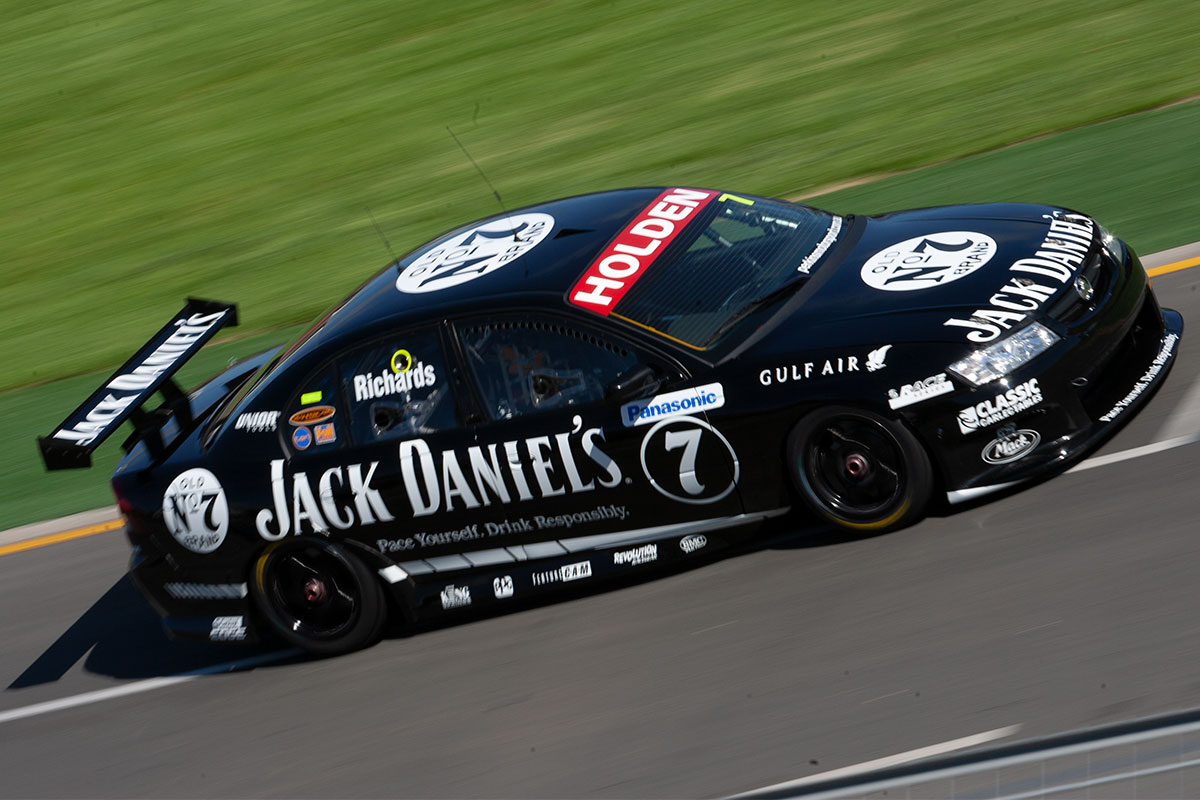 “I was just there in the right place at the right time,” said Richards.

“There was so much happening I can’t remember exactly what went on, it was pretty full on at that stage with cars going absolutely everywhere. It was great racing and just what everybody wants to see.”

And that wasn’t the last win that Richards and PE 044 would have in the 2006 season.

At Barbagallo in May he claimed the overall round win, though did it by not winning any of the three races.

A runner-up finish to Skaife in Race 1 was followed by second place in the reverse grid Race 2 (from 30th on the grid!) and seventh place in the final, giving Richards the round win by just four points over the HRT pilot.

Richards and Paul Dumbrell shared this car in the endurance races, finishing fifth at Bathurst.

However, the car – and Richards – were lucky to even make it to race day after a huge crash on Thursday on an in-lap in practice.

A tyre exploded on Conrod Straight, pitching Richards into a high-speed lose and near roll-over that required an overnighter to get the car back onto the track. 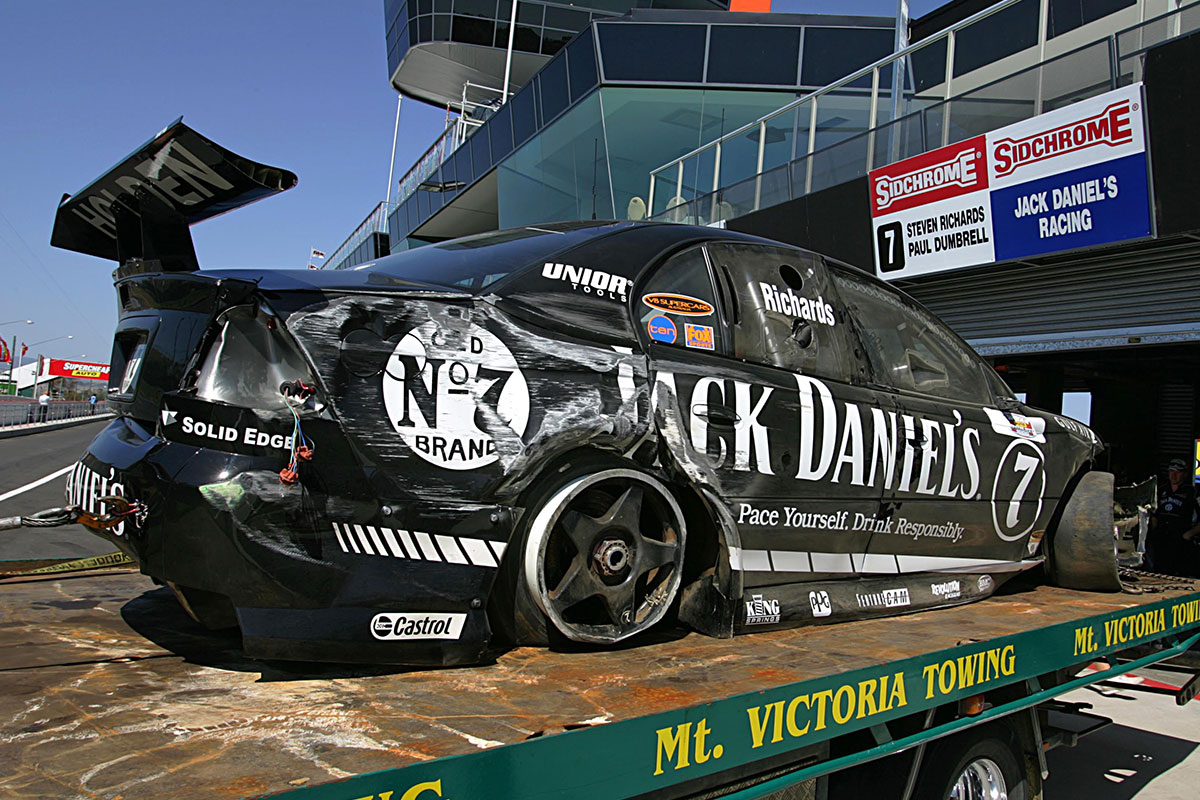 Richards saw out the season in this chassis, bringing to an end his five-year stint with Perkins’ team by finishing seventh in the pointscore.

PE 044 was turned over to Jack Perkins for 2007 before the introduction of his new VE model. He drove it in Adelaide and Perth before ‘pancaking’ the rear of it in a Pukekohe practice shunt.

The car was repaired by the team and sat in the workshop for the rest of the year as the team focused on its VE models driven by Perkins and Shane Price.

It then moved onto the Super2 Series in 2008 run by Independent Race Cars with Michael Trimble at the wheel and lay idle in the years that followed before being sold in late 2010.

Ever since it’s been a regular competitor in the New South Wales Sports Sedan scene with Simon Copping at the wheel, keeping this piece of Perkins racing history rolling on.

05/03/2020
Stay In The Know
Sign up to the Virgin Australia Supercars Championship Newsletter
We use cookies to ensure that we give you the best experience on our website. If you continue to use this site we will assume that you are happy with it.Ok