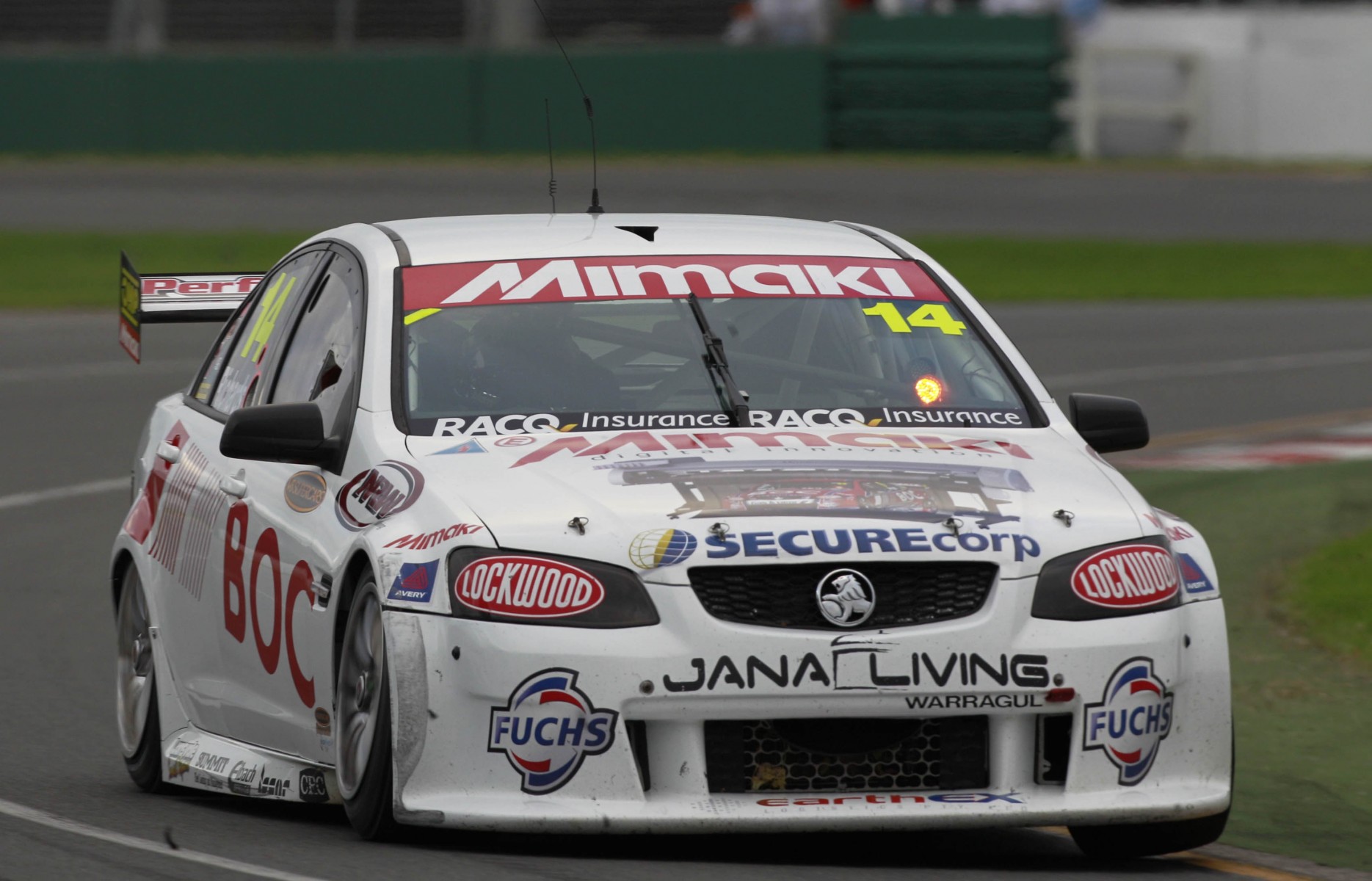 Kiwi Jason Richards inspired many during his illness, but when he stepped back into a Supercar at Albert Park in 2011 he did so much more than that.

If you’ve been involved in a sport like Supercars racing for long enough then you’ll have experienced your fair share of ‘wow’ moments, the sort of ones that make the hairs on the back of your neck stand up and mental snapshots last a lifetime.

That was exactly the case at Albert Park in Melbourne back in March 2011 as the Supercars field competed in the non-championship Albert Park 400 event at the Australian Grand Prix.

Kiwi Jason Richards was ill, diagnosed late the year prior with a rare form of cancer. It had forced him to stop driving his Team BOC Commodore for Brad Jones Racing with another Jason - Bargwanna - signed as partner to Jason Bright.

However, the brave Richards summed enough strength to re-claimed the drive in the #14 Holden in the non-championship Albert Park event, just his simple presence at the event enough to inspire everyone in the pit lane.

When he qualified in the Top 10 Shootout even the most ardent of Ford supporters cheered. But when he went wheel-to-wheel with Garth Tander in Race 2 for the lead and came home an inspirational second there was hardly a dry eye in the house. It was a win as far as anyone watching at home on TV or trackside was concerned. 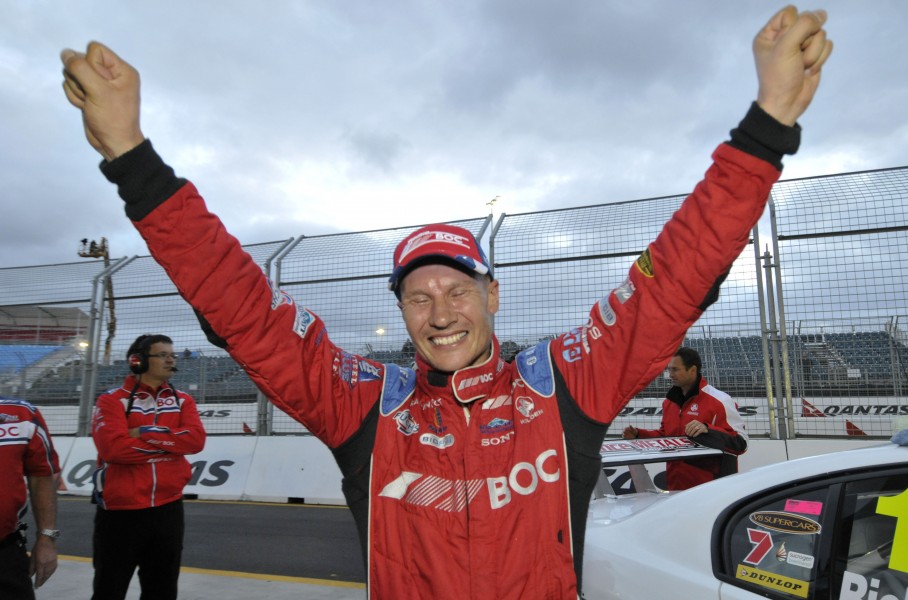 Needless to say, the car Richards drove that weekend is a very special piece of Supercars racing history and it prompted us today to relive the story of its racing life as a special way of remembering ‘JR’.

Many Supercars fans may not realise but this particular Team BOC Commodore was built up by BJR from a chassis initially constructed by Walkinshaw Racing.

It was debuted by Richards himself as the #8 BOC car at the start of 2010 in Abu Dhabi and driven by him that season, including in the endurance races where Andrew Jones co-drove and they finished third at the Phillip Island 500.

Richards’ last start in it came at Symmons Plains before his cancer diagnosis with Jones taking the reins for the final two events at Sandown and Sydney Olympic Park.

Re-numbered to #14 for 2011 the chassis - WR 010 - became Jason Bargwanna’s ‘Jana Living’ Commodore for the season, debuting in those orange colours in Hamilton, New Zealand after starting the year in BOC colours - which was the livery Richards ran it with in his one-off event at Albert Park. 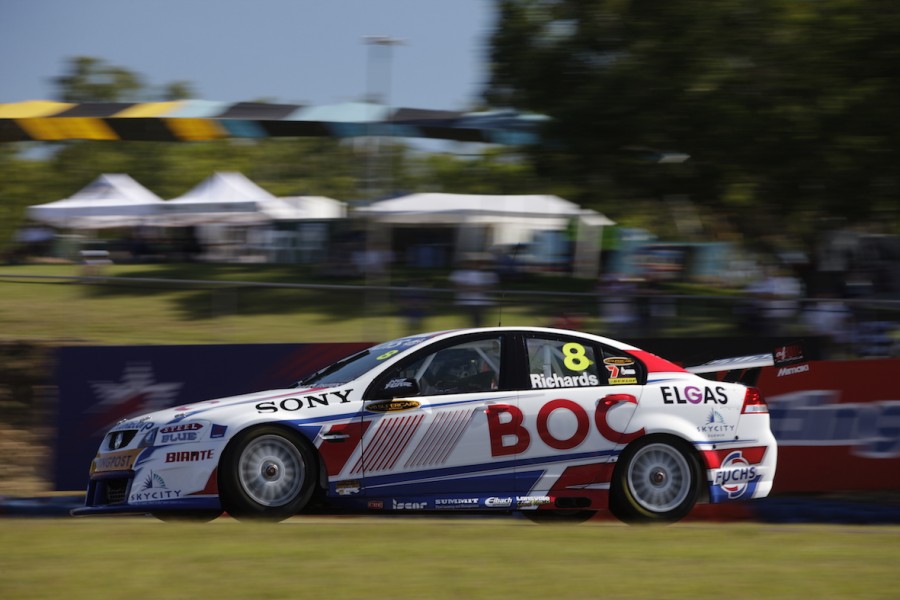 Bargwanna ran the car all season, including taking a podium finish at Barbagallo, the very same race where Jason Bright won BJR’s first Supercars Championship race. Shane Price co-drove at Phillip Island and Bathurst and the late Dane Allan Simonsen shared with Bargwanna on the Gold Coast after IndyCar ace Tony Kanaan withdrew from the ‘600 in the wake of the Dan Wheldon tragedy at Las Vegas Motor Speedway the weekend prior.

This car became the #21 Wilson Security-backed entry of David Wall for 2012, the last season prior to the introduction of New Generation cars to the category. Chris Pither co-drove at Sandown and Bathurst and Scot Jamie Campbell-Walter shared with Wall at the Gold Coast 600.

The chassis was retained by BJR and made a one-off Dunlop Super2 Series appearance at Winton in 2013 in enduro driver Luke Youlden’s hands before returning to the Super2 ranks the following year with Macauley Jones from Townsville onwards and into the 2015 season as well.

Ever since then the car has sat at BJR’s workshop in Albury as the team races its New Gen cars in both the ‘main game’ and Super2 categories. This special chassis, while very important in the team’s history, is one that the team has made the decision to part with should the right buyer and situation emerge. 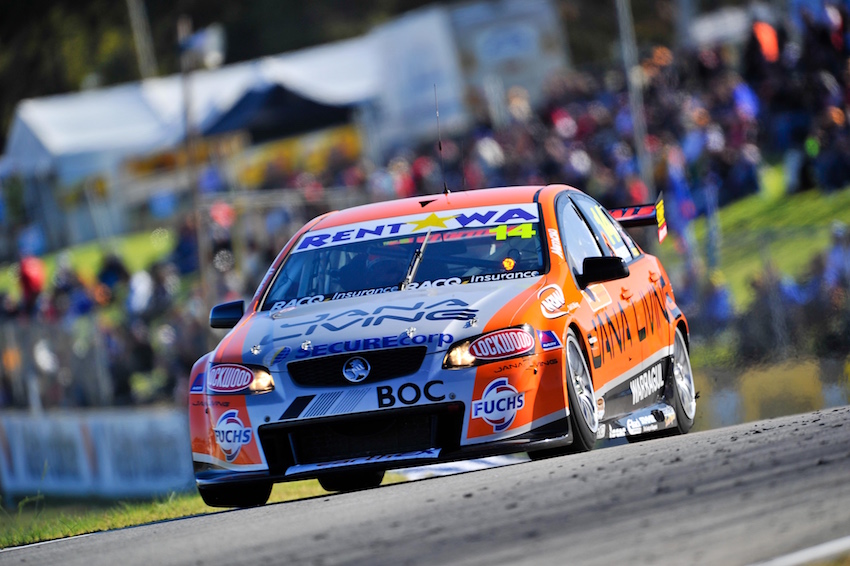 “That car is unbelievably special for everyone here at BJR,” team co-owner Brad Jones told our V8 Sleuth this week.

“That weekend at Albert Park in 2011 will remain with my team and I for many, many years to come. Jason was such a fighter and to see him back in the car despite his very serious illness and achieve such a result was very emotional.

“We built that car specifically for ‘JR’ going into his second season with us for 2010. We’d really love to keep it but we only have so much room with three Supercars Championship chassis and spares, three cars in the Dunlop Super2 Series and a Kumho Series car.

“It was a really difficult choice between keeping that car or the car we won our first Supercars Championship race in at Barbagallo in 2011 with Jason Bright. We have opted for the latter – along with the Audi quattro Super Tourer (that lives up at the National Motor Racing Museum at Bathurst), they are the only two cars that we’ve kept.” 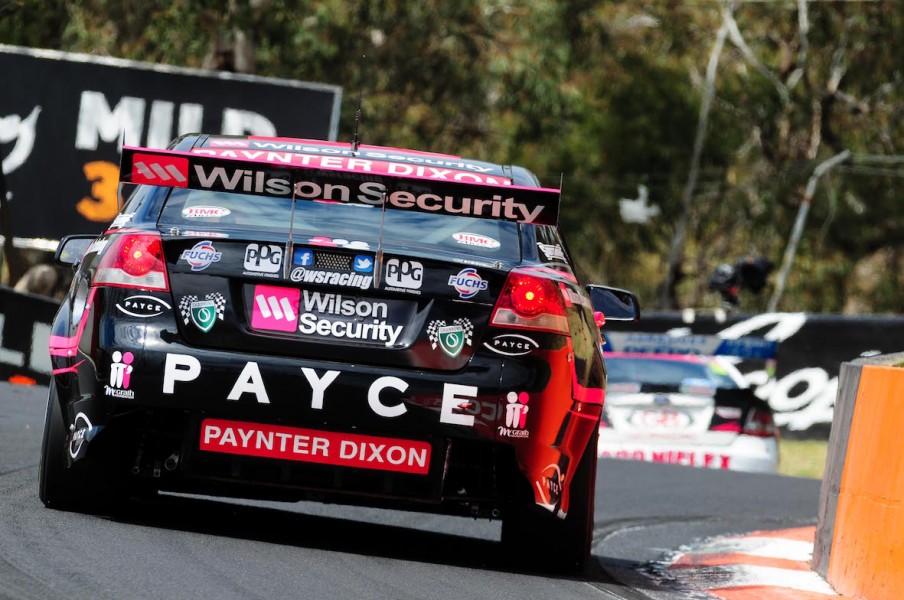 Needless to say, Jason Richards’ 2011 Team BOC Commodore from the Albert Park 400 is a special car in Supercar racing history - we’d love to see it find a new home restored to its white and red livery from that very special weekend.

Saturday Sleuthing returns on April 1 with a story that has a special Tasmanian flavour given the upcoming Tyrepower Tasmania SuperSprint at that circuit the following weekend.

16/03/2017
Stay In The Know
Sign up to the Virgin Australia Supercars Championship Newsletter
We use cookies to ensure that we give you the best experience on our website. If you continue to use this site we will assume that you are happy with it.Ok