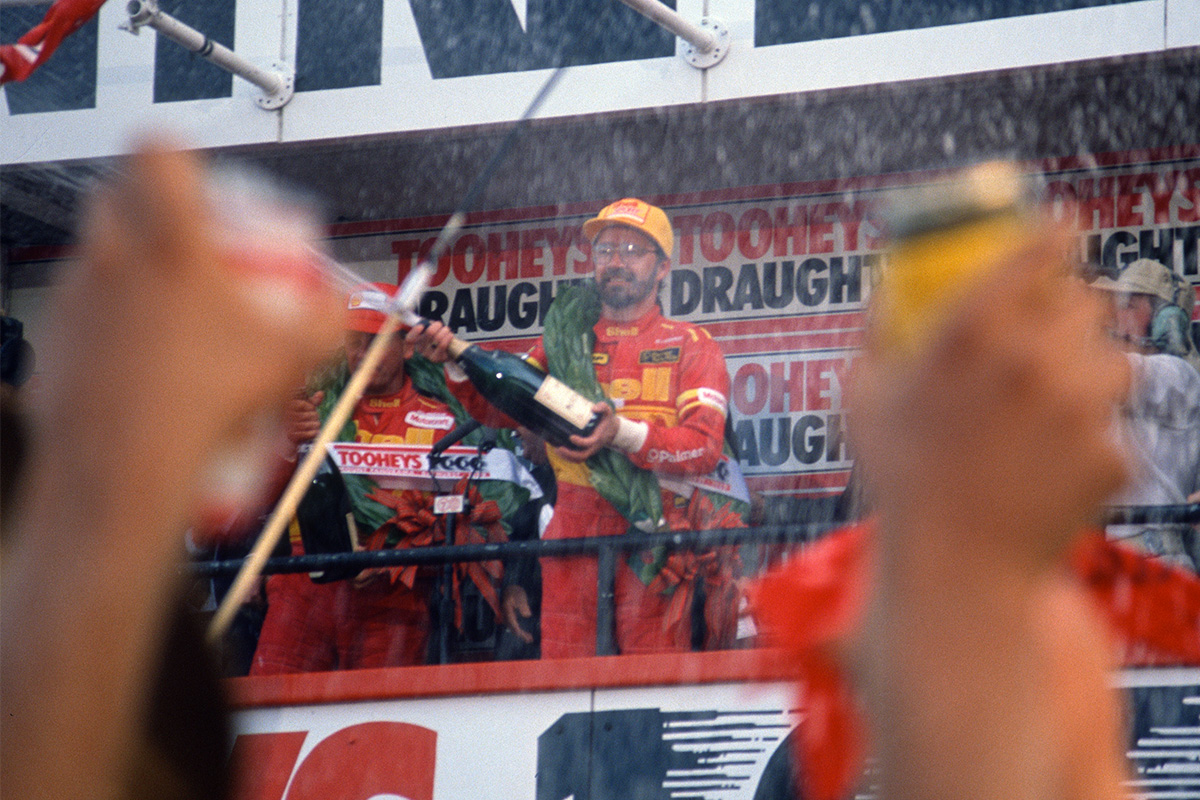 A surprising number of top Supercars racers have the initials 'JB', but, to most, the letters could only possibly signify one person – a sign of the esteem John Bowe is held in.

The 1995 Supercars champion, multiple Bathurst 1000 winner and a successful racer of open-wheelers, sports cars and GT machines, the bearded Taswegian has spent his post-Supercars career racking up more wins and titles in the Touring Car Masters.

As he edges towards a half-century career behind the wheel, racing remains his life.

And, as Bowe affirmed to Saturday Sleuthing while driving to a racetrack, he isn't about to stop any time soon... 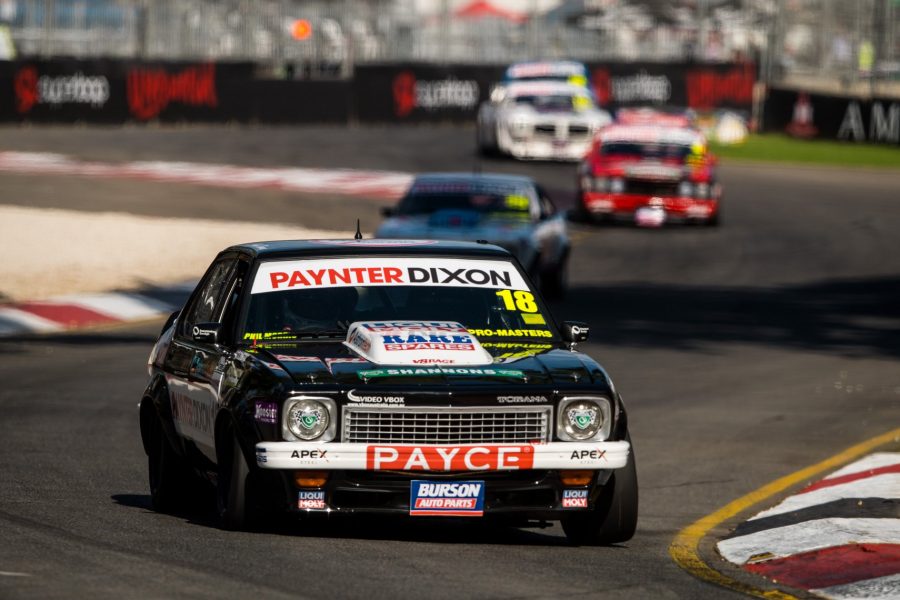 What makes up an average day in the life of John Bowe in 2019?

Haha, chaos! It's been 11 years since I raced Supercar, it's gone so fast.

I love racing the Touring Car Masters cars because they've got no aero, proper gearboxes – only four gears – narrow tyres and a lot of power.

I'm also racing some other historic cars that belong to a mate of mine, Joe Calleja, so I do a fair bit of racing still, which I obviously love.

To keep the little wheels turning takes a fair bit of work, and that's managing relationships, doing things for people that support you as in PR-type things, meet and greets, sponsor things... 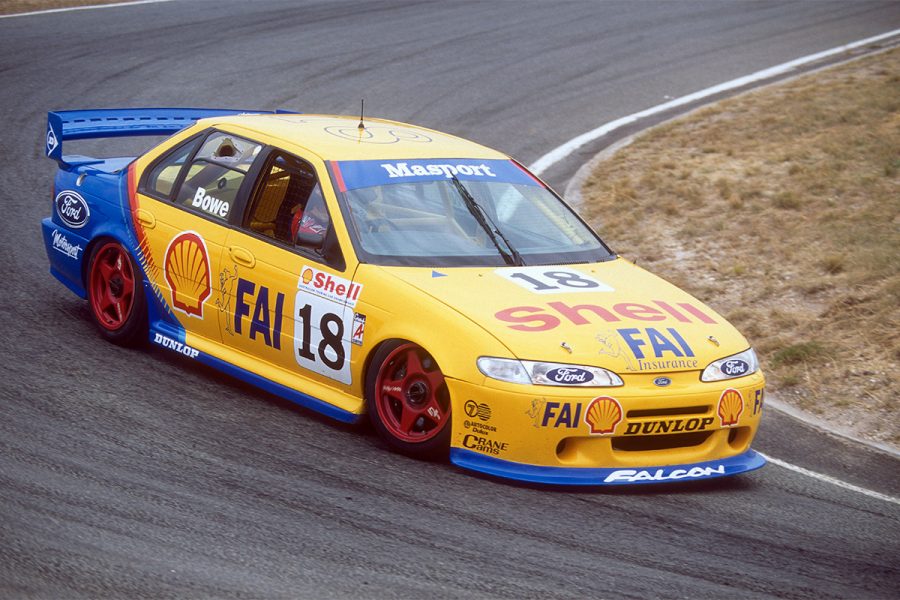 Bowe at Symmons Plains in his title-winning 1995 season

I grew up in a racing family. My dad raced when I was a kid.

He raced a supercharged MG special and then a couple of Elfins, so we had a bit of a bond with Elfin and with its owner Garrie Cooper, who played a fairly major part of my developmental life.

I was always a racecar boy, from the moment I can remember. 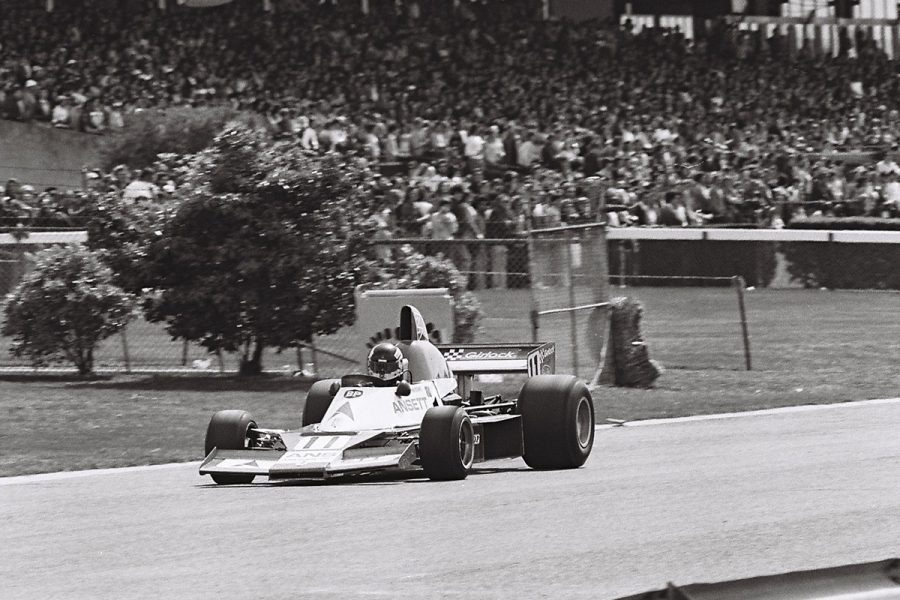 Young fans might not know that you were one of Australia’s gun open-wheel racers back in the day. Did you ever consider pursuing a career overseas?

Of course I dreamt of it, but I had no idea how to execute it and I couldn't have executed it anyway.

To be honest, I might have been able to execute in driving ability, who knows, but I just didn't have the wherewithal or the worldliness to go over there.

The biggest issue for me was that I was only a young guy and I lived in Devonport in Tasmania, which in those days was quite isolated.

My family had no family money, so the racing I did was based on going halves with my dad in a racecar and him doing the work on it in the garage.

It's a bit of a regret, but the main effect is I've had a 40-plus year motor racing life, and I'm still having it.

When a lot of people give up a professional racing career it's because they don't want to race any more, they're over it.

Well, I'm not over it and I was never over it. So I've still been racing.

So really I'm blessed, aren't I? 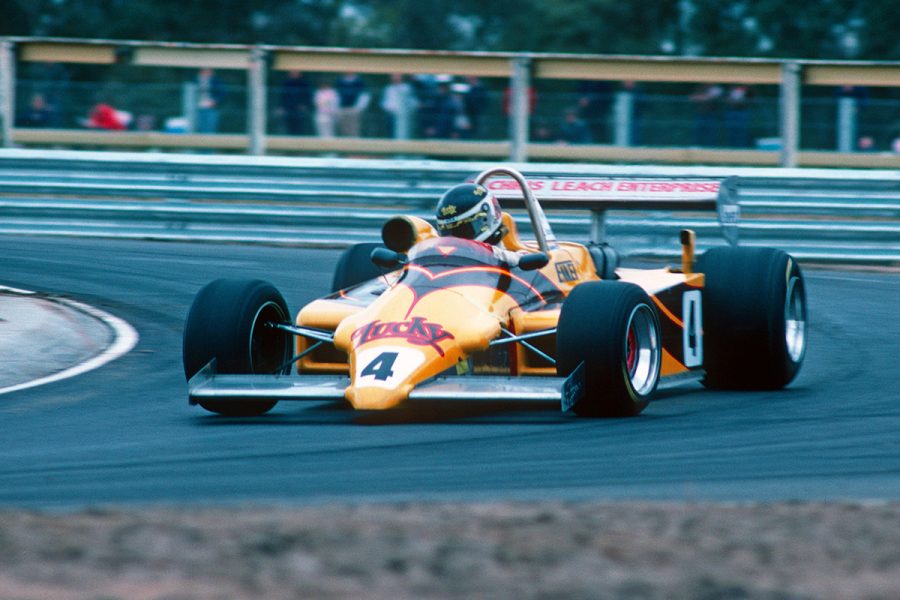 When and why did you switch your focus to touring cars?

I had a sponsor for open-wheelers, a guy called Christopher Leach.

He was a good supporter of mine and allowed me to race in Formula Atlantic, supported my F2 program for a little while as well.

But he was one of those guys that went through 'phases', and he decided he'd had his motor racing 'phase' and would pull the pin on it at the end of the year!

Back in 1985, the crowds at the tracks for touring cars were as big or bigger than they are now.

It was a big deal. So I made it my business to get around to all the people that ran teams.

I made friends with everybody I could. Eventually I got offered a drive (in a Volvo) – it was probably more to do with my salesmanship than anything else!

My first Australian Touring Car Championship race was at Adelaide International Raceway in 1986.

I was on the front row for my first race, and then I was on pole position for my second touring car race in Perth a week later – so I made an impact!

I was oblivious to all that at the time, but I look back on it and think that started to establish me. 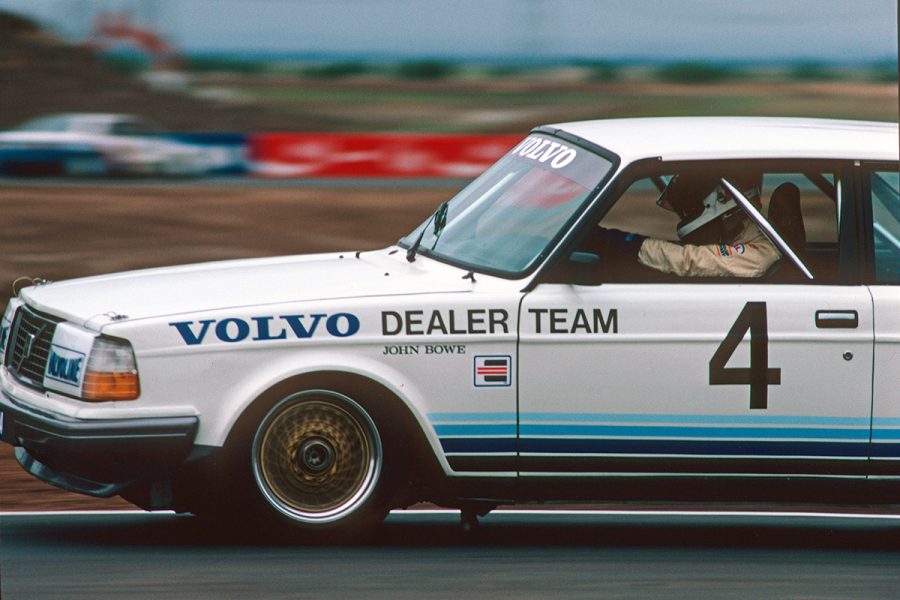 Bowe claimed his first ATCC podium at Calder Park in 1986

A couple of years later you got that first full-time touring car drive with Dick Johnson in the Shell Sierras. How did that deal come together?

Dick approached me. I'd driven in '86 for the Volvo team, which was a factory-backed, dealer-backed team run by John Sheppard, and then I drove in '87 with Glenn Seton at Peter Jackson Nissan in the long-distance races because there was nothing going on in full-time rides.

Towards the end of the year Dick rang me and asked me if I was available and we eventually did a deal.

It was just very fortunate because we then had quite a good little period of time where we were the pacesetters. 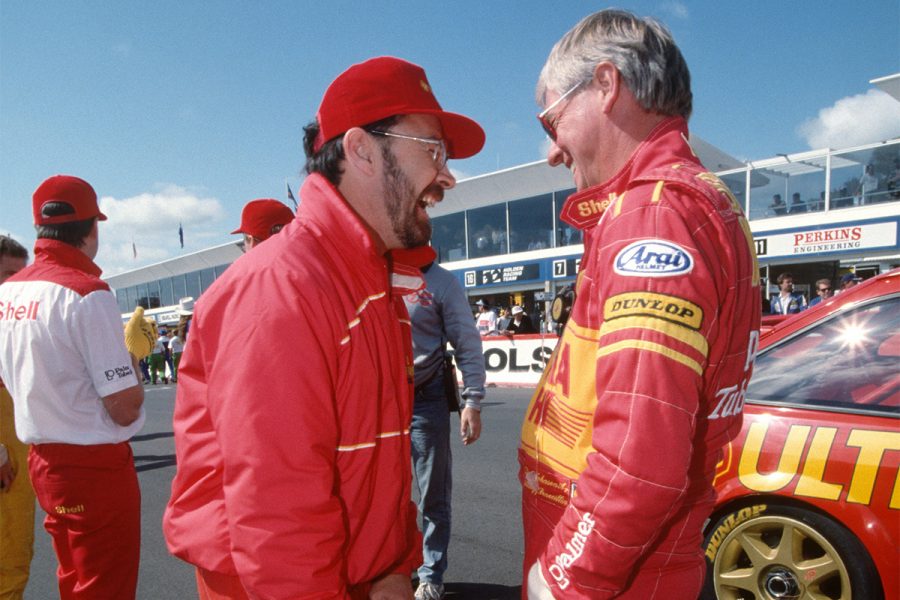 Dick obviously had a pretty big public profile thanks to ‘the rock’ and his subsequent career. Was he different to work with than what you expected, or was he pretty much 'what you see is what you get'?

Yeah, he is what he is: a very down-to-earth, normal character. He's the epitome of a laconic Queenslander!

He was very popular, and I think we got on really well because I was never interested in being popular. I was just happy racing and doing my thing.

It was a good time. We never, ever had cross words. Never.

He never growled at me, never told me I was a dickhead for crashing his car.

Sometimes I played hardball with him later on when I was more comfortable with my place in the world, but it was good. 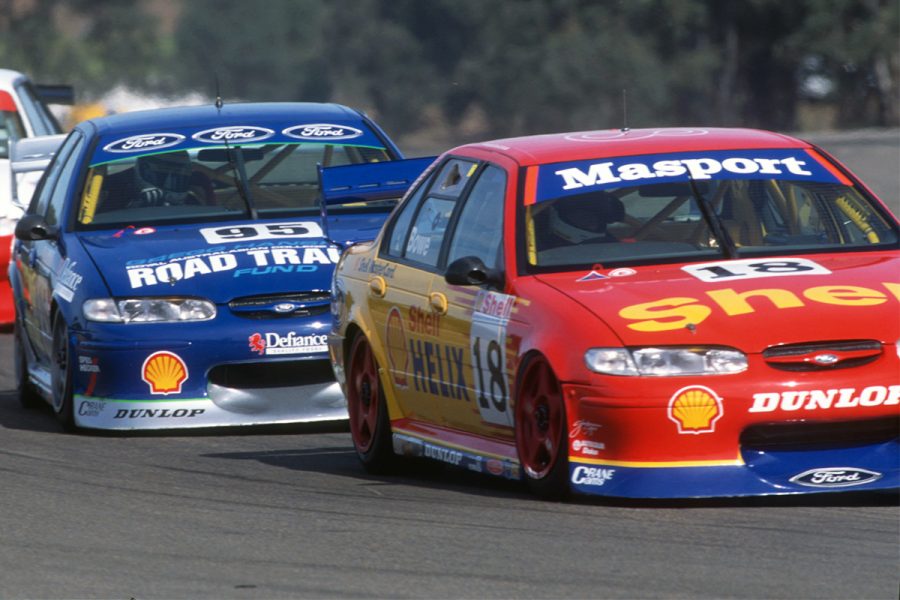 The only reason I ever left to be honest, and I've told Dick this subsequently, is that I thought it was time to let Steven [Johnson] have a go.

He was very gifted as a youngster and I could see that.

As it turned out, Shell didn't want Steven in the car straight away. They wanted someone else and for Dick to do a farewell year, so Paul Radisich ended up there.

I'd been offered a deal to drive with Caterpillar.

As it turned out it probably wasn't that great an opportunity – hindsight's a marvellous thing – but I was a bit flattered and decided that it was time to leave.

It was 11 years I'd been there. Probably a bit like Mark Winterbottom leaving Tickford, the same sort of thing. Everyone gets a little familiar with everyone.

Like Daniel Ricciardo leaving Red Bull in Formula 1; the relationship had just run its course.

Yeah. I think Dick was a bit shitty with me.

I'm still very close with him and his family. And in Touring Car Masters there's no better, more gifted, or talented driver to race against than Stevie Johnson. 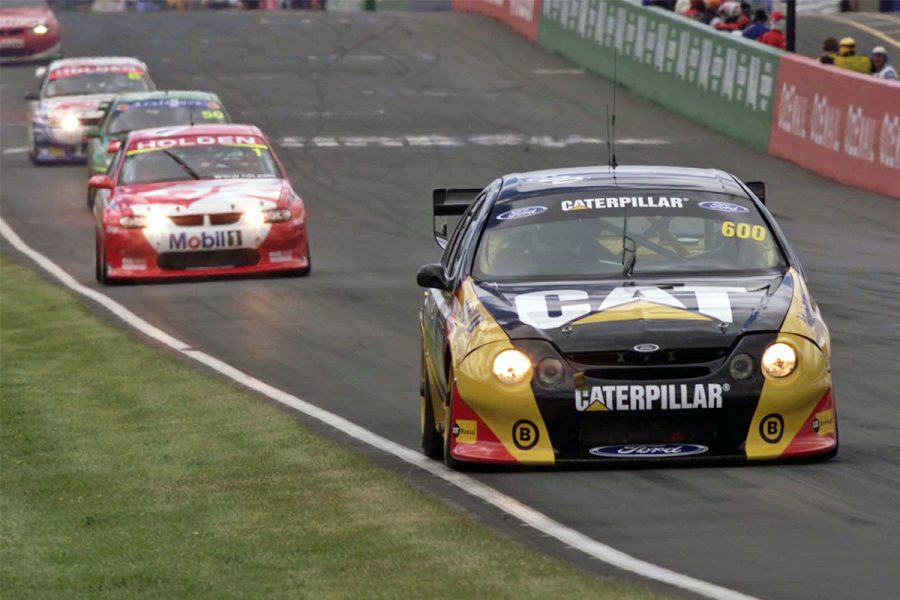 Fast forwarding to 2001, at Bathurst you were in the fastest car and in with a great shot at winning the race...

It was sad, really. Jeromy Moore (later to engineer Craig Lowndes at Triple Eight and now with Porsche Motorsport in Germany) had just come to Briggs Motor Sport as a young engineer and you could tell he was smart.

He and I got on really well, and we knocked the car into really good shape at Bathurst that year.

I had Simon Wills as a co-driver; he was a really good driver, but I think, as a team, we were lacking.

And Simon was a bit impetuous. He damaged the car trying to pass some people, so we were out of the running then.

But it was a super car during that race. It was one of those that got away.

The next year was my first year with Brad Jones Racing, and that was another that got away. 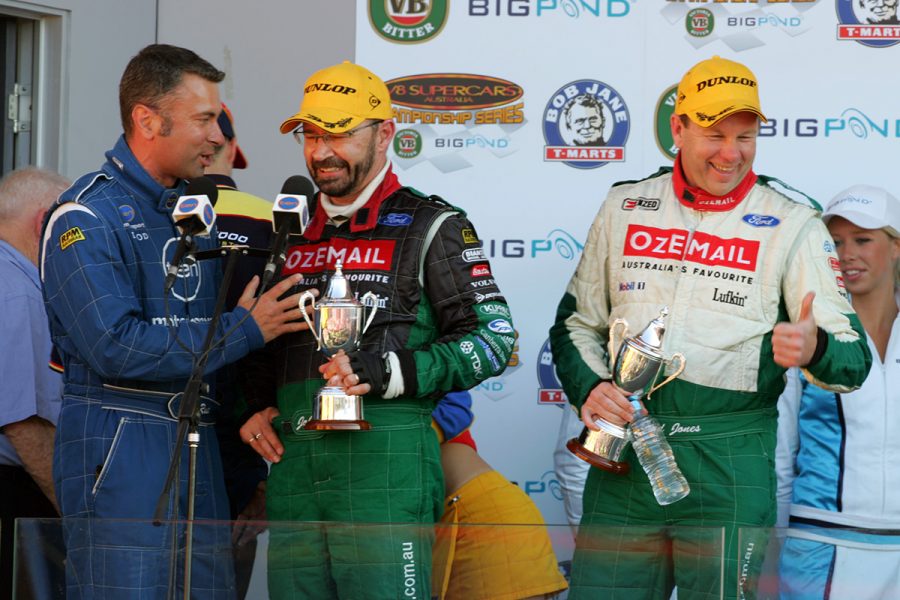 Bowe and Jones finished third at Bathurst together in 2004

How much fun was going racing with Brad Jones?

It was good going racing with Brad, his brother Kim and their little team.

We used to have fun. I loved racing with them because they were good guys and they were friends.

I used to say to Kim how I knew him when he was skinny; he used to say that he knew me when I had hair! It was that sort of relationship.

From your touring car days, who was your favourite driver to race against in a head-to-head battle?

I just have a lot of respect for him as a driver and a bloke.

Whether they've gone too far with it or not, I wouldn't like to say. 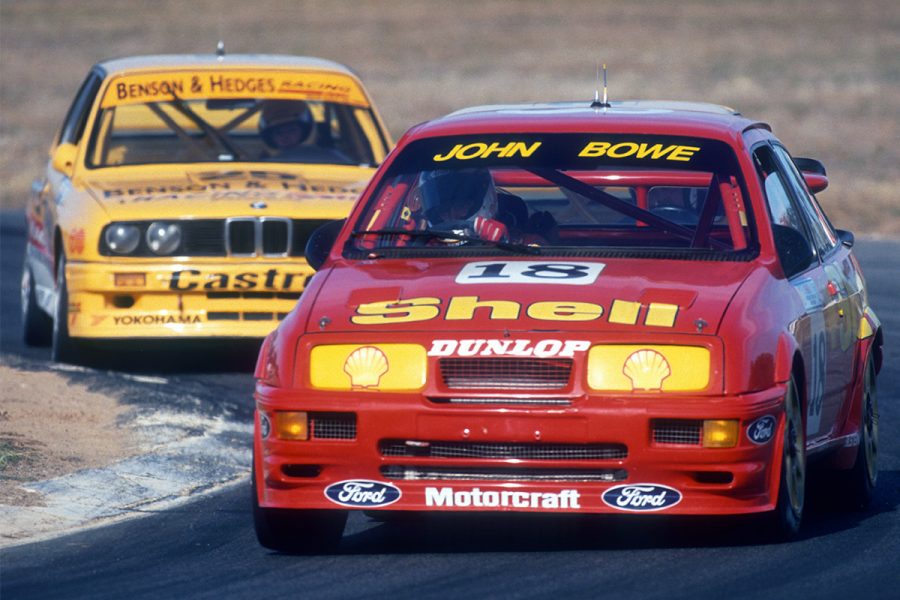 Back in the day I remember Tony Longhurst punting you off at Winton and copping a $5,000 fine for it...

Yeah, that's right! The biggest mistake he made was that he said it on the team radio – and the officials heard him!

But I don't carry any grudges. I've given as good as I've got. 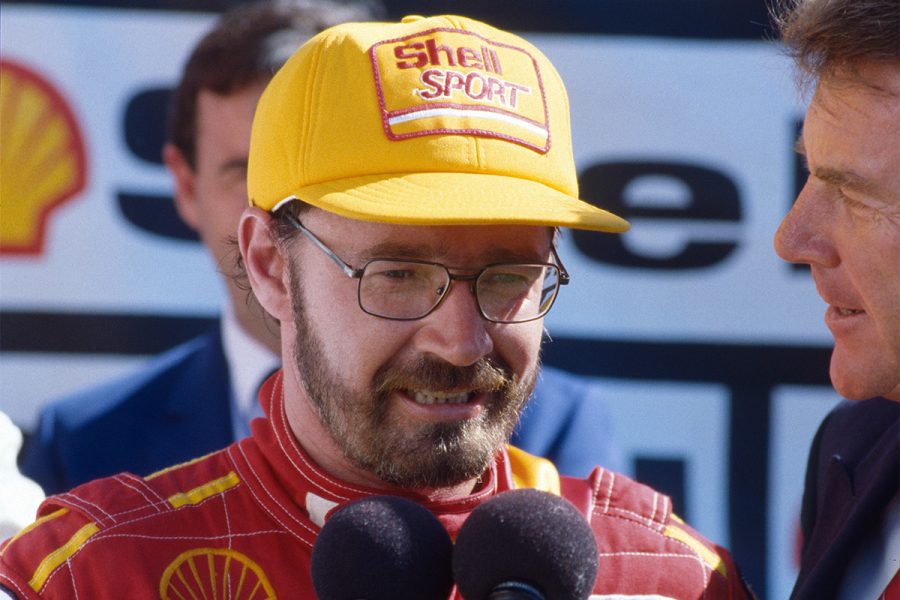 I look back on them with fondness because I'm fortunate to have been in a position to win those things. Like I said before, it's the people you're around.

I still love doing it. I go to each race meeting and I still seem to be able to drive alright, I have a very strong interest in it still, and I have a strong technical interest in it.

Basically, motor racing has been my life. I know it's an old, clichéd saying, but it really has been.

I might change classes or categories, but I don't have any intention of not racing. That's a fair commitment, isn't it?

And if it's anniversary time, then maybe we can have a cake or a glass of champagne – if somebody will pay for it!