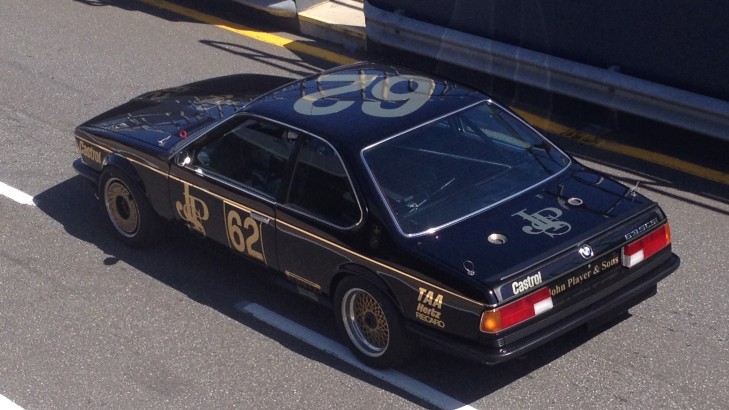 Winton is the next stop on the V8 Supercars Championship calendar next weekend and it will be a special one given it's the 30th anniversary of the first Australian Touring Car Championship/V8SC round being held at the circuit in 1985.

The Championship was very different back then with the Winton round a major milestone in its history given it was the debut of international Group A regulations and the first - and only - time a Holden was not on the grid.

A small field of 15 cars competed on February 10, 1985 in a 50-lap race (the opener of that year's championship) in warm conditions with BMW pilot Jim Richards a comfortable winner in his black and gold #62 635 CSi. 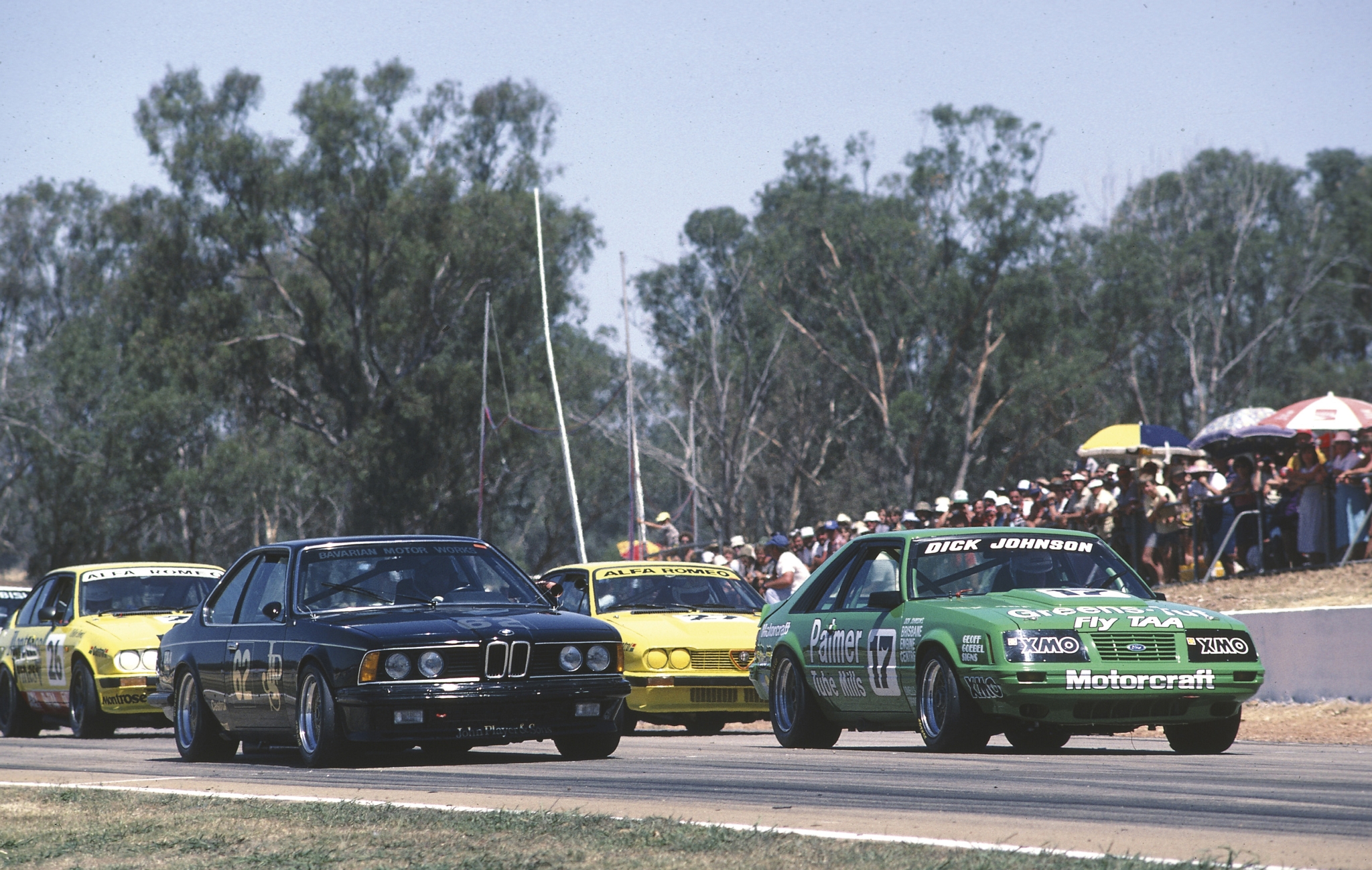 So comfortable was his win that he finished a full lap clear of teammate Neville Crichton at the end of the nearly hour-long race!

The factory BMW team - under the helm of former racer, the late Frank Gardner, had spent most of the previous season preparing for the new regulations and hit the ground running to instantly be the class of the field.

So what happened to the car that won that very first Winton round?

To tell the story of the car that ultimately took Jim Richards to his first Australian Touring Car Championship in 1985 you have to rewind to the previous year of 1984. 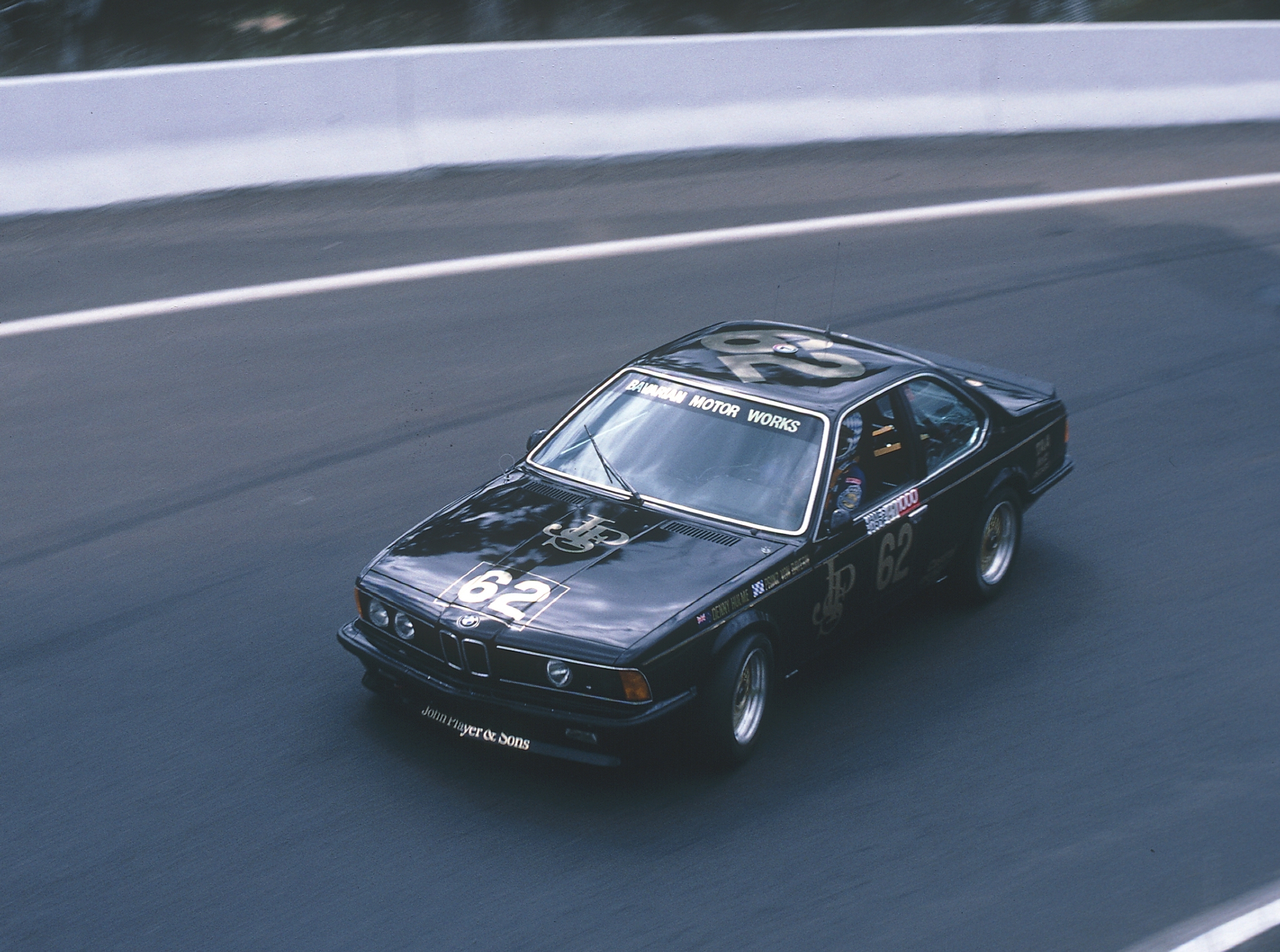 This was the final year of local Group C regulations and, with the impeding arrival of the new Group A rules for less-modified cars, the BMW team started its development early.

The Group C car failed to finish while the Group A car was 15th overall and second in the class for the new cars.

Richards drove the new machine at Calder in late 1984 too in the touring car support race that was on the bill for the Australian Grand Prix - the last held before the race took on World Championship status and moved to Adelaide. 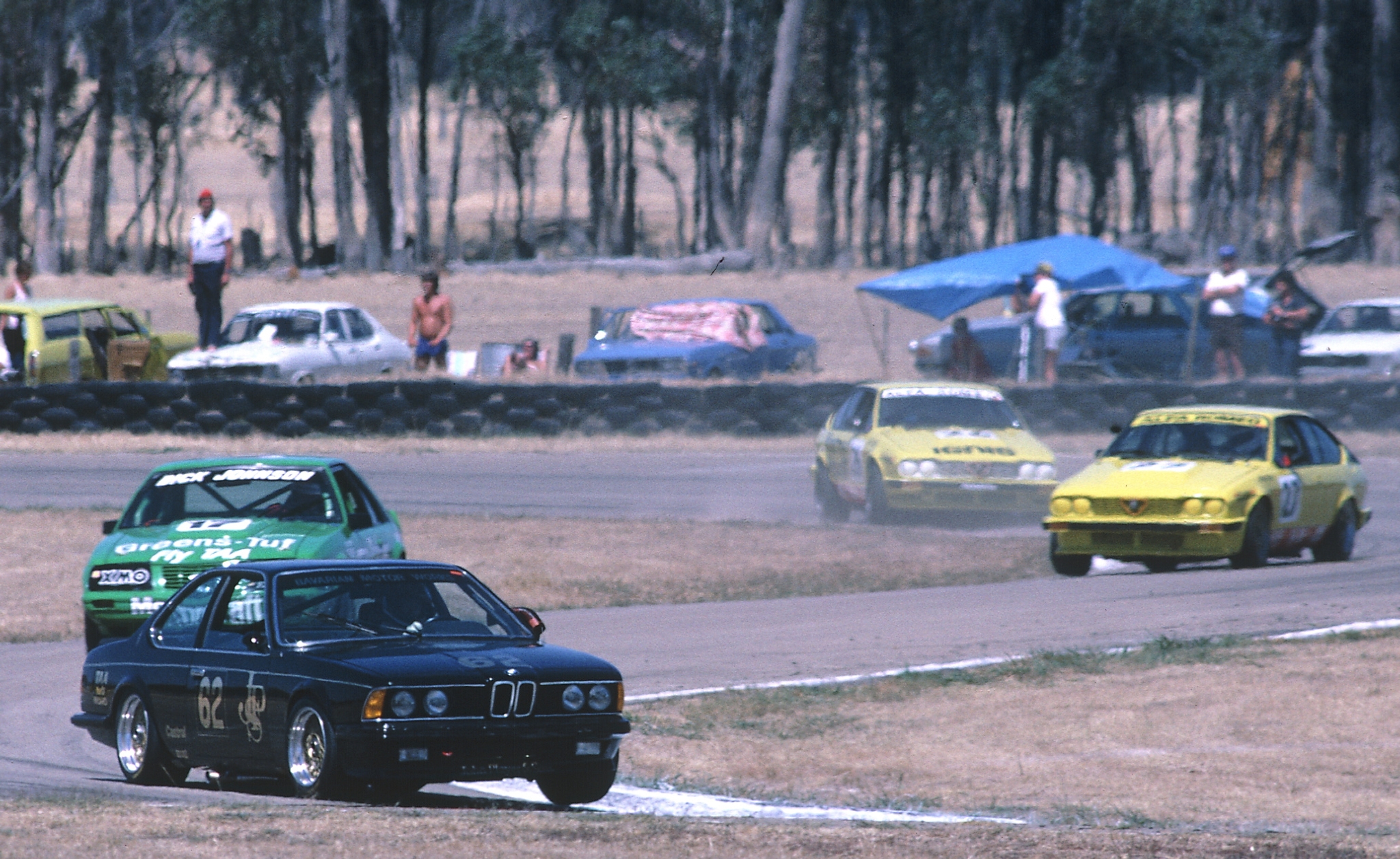 The car became Richards' #62 racer in the 1985 ATCC, beginning with victory at Winton before claiming another six wins at Wanneroo, Adelaide International Raceway, Calder, Surfers Paradise, Lakeside and Amaroo to win the expat Kiwi's first crown.

Along the way the black and gold machine also won rounds in Amaroo's AMSCAR touring car series before it was renumbered #1 given Richards was the champ.

In those days a separate endurance championship was held after the sprints that made up the ATCC. The change in format didn't do much to stop the wins as Richards won a 300-kilometre race at Amaroo, a 250-kilometre race at Oran Park and he and Tony Longhurst won the Castrol 500 at Sandown (despite stopping with a relay problem at one stage and dropping to 27th place!). 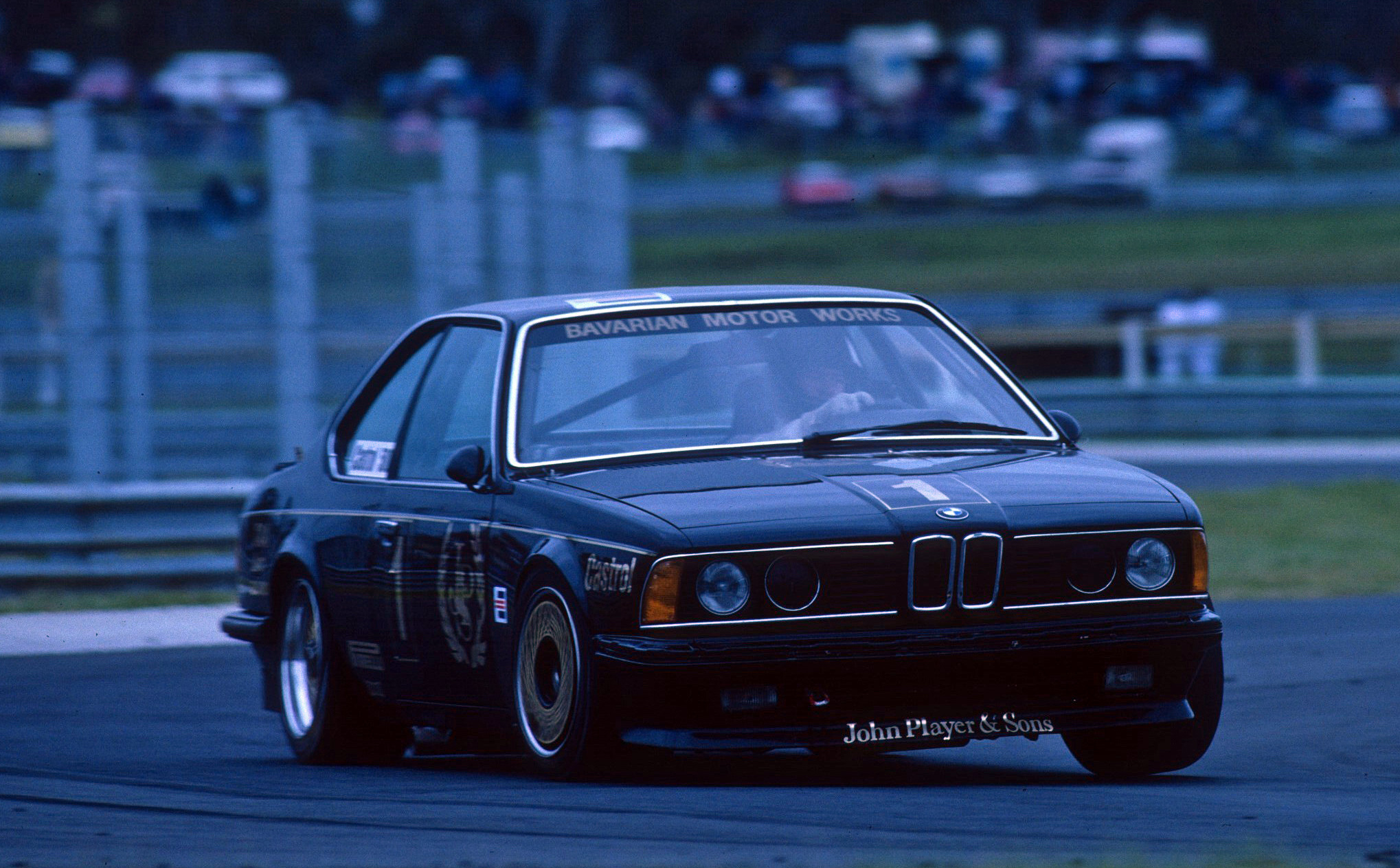 The duo then went to Bathurst to tackle the might of Tom Walkinshaw's invading Jaguars and were running well until both BMWs slipped off on oil into the sand trap at Hell Corner.

It remains a moment in Bathurst history that many fans still talk about to this very day!

Richards got going again and recovered to finish fourth before then winning the final enduro round at Surfers Paradise, even after a rain storm caused a red flag and restart.

All up, Richards used the same BMW to win the ATCC, AEC and AMSCAR Series in 1985, claiming 17 wins, a third, a fourth and a fifth from 21 races started - amazing! 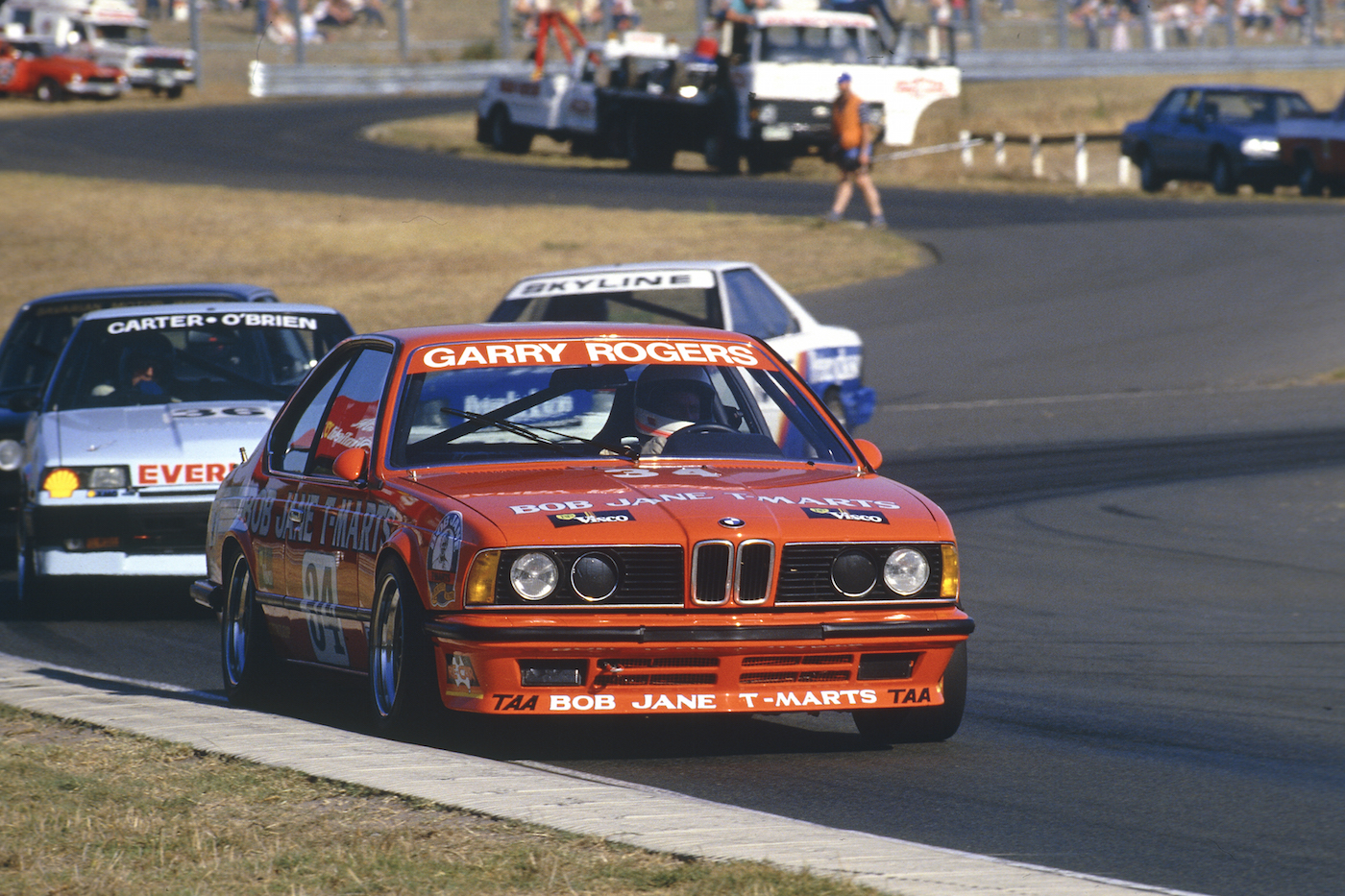 The car was then sold to Garry Rogers at the start of 1986, however Jim's new car wasn't ready so he drove his '85 Winton winner to victory in the opening round of '86 at Amaroo and sixth place at Symmons Plains.

Rogers took over the car for the next AMSCAR round at Amaroo and it was repainted in orange Bob Jane T-Marts colours.

The now-Volvo V8 Supercar team boss later crashed in qualifying for the final ATCC round at Oran Park, prompting a major repair job though the car returned to the track before the end of the season. 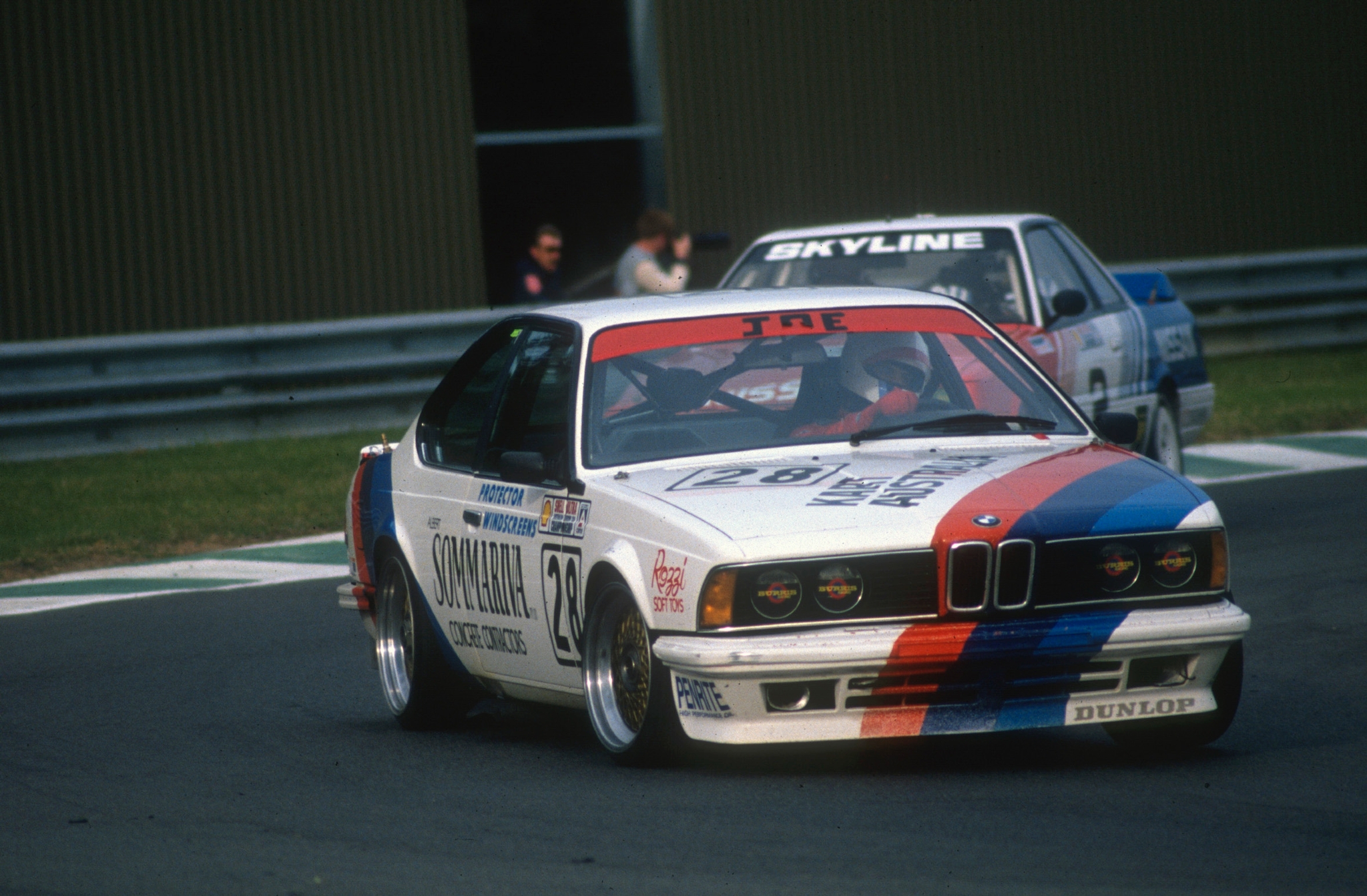 It was then sold to privateer Joe Sommariva and competed in various touring car events for a few years before being bought by none other than Richards in 1990.

A few further owners had the car for a time until current owner Adrian Brady purchased the BMW in 2006.

The car continues to make appearances in Historic Group A touring car racing and was seen in action at the Phillip Island Classic last year.

"That (1985) season holds a special place to me being the first ATCC win," says Richards today, who owns one of the sister JPS BMW 635s and has raced it in Historic competition.

"But we were probably favourites because BMW had their European car and everyone had to try and build a better car than what we had. And no one really did until the end of the year."

It's great to know that the car that won the very first Winton round of the ATCC lives on as we celebrate the 30th anniversary of the circuit's first event in 2015.

Saturday Sleuthing will return to v8supercars.com.au on Saturday May 23 after the completion of the Winton SuperSprint.

06/05/2015
Stay In The Know
Sign up to the Virgin Australia Supercars Championship Newsletter
We use cookies to ensure that we give you the best experience on our website. If you continue to use this site we will assume that you are happy with it.Ok